From time to time there is some interest in vigor controlled rootstocks for peaches.

I have a Harrow Diamond peach on K1 from Cummins I planted in 2013.

It is conferring significant size limitation. Actually, it’s kind of nice not to hardly have to prune this tree. Pruning takes a lot of time.

I have lots of other Harrow Diamond trees in this row, which are copes of this original tree I ordered.

I’ve noticed the HD on K1 bloomed later than the others.

I don’t know some of the issues like how drought tolerant K1 is (probably not very ) or if it suckers (like most plum rootstocks probably will) but it’s a nice size controlling rootstock so far, if that is what you are looking for.

I had a peach on K 86 but it died for no reason (incompatible? )

I’m going to try to post a few pics from my phone of trunk size. 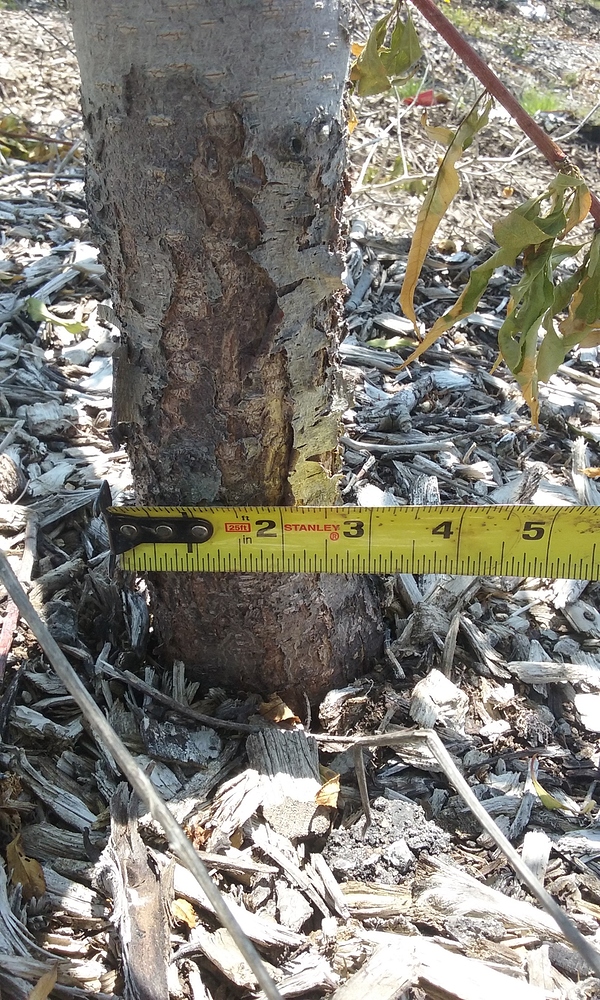 Here is an hd planted on standard a year later 2014. 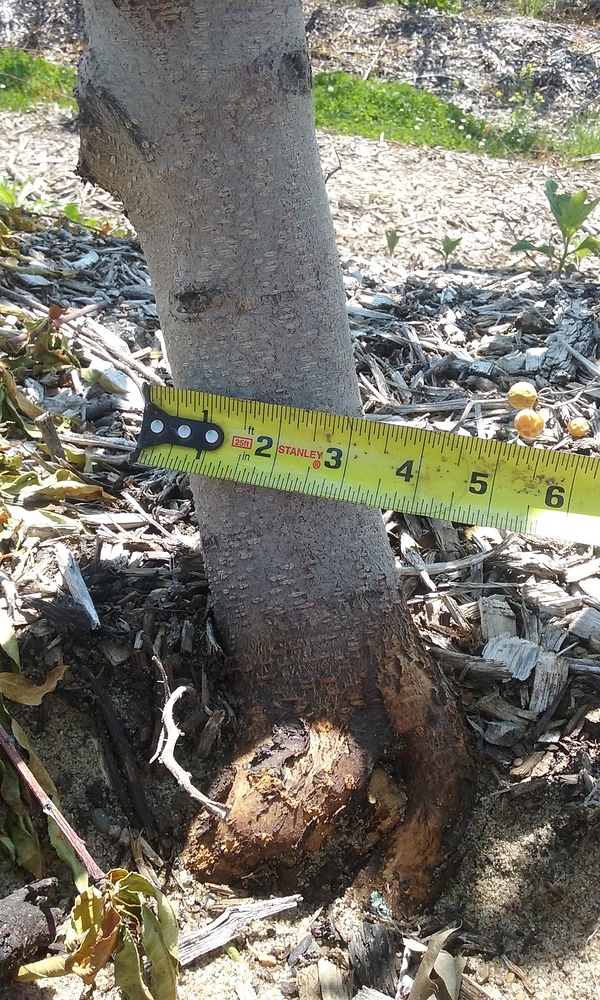 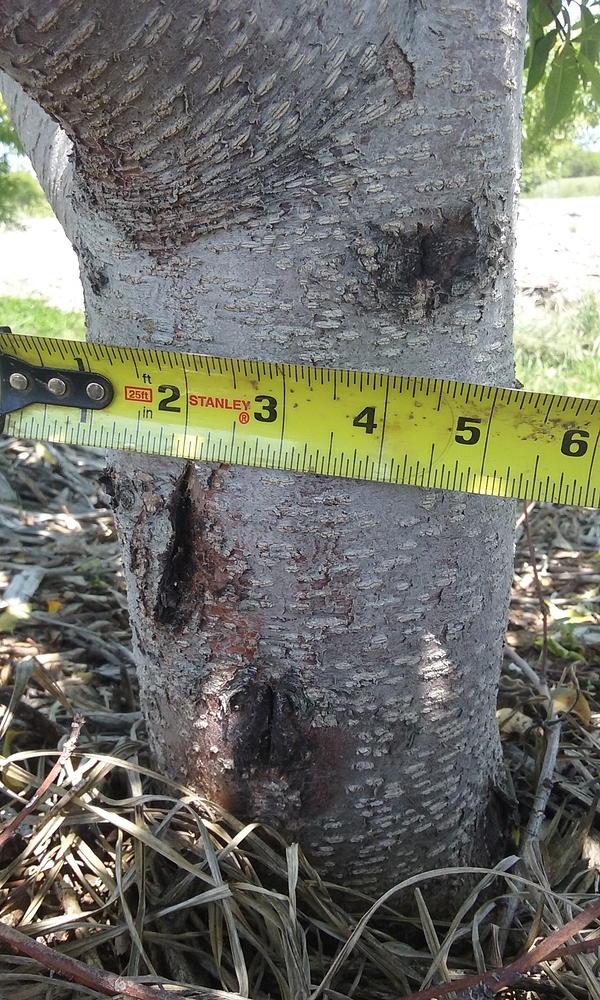 K1 doesn’t sucker, at least not that I’ve seen. But it can sprout from buds low on the stem. It’s recommended to debud the stem prior to planting. I haven’t had much success the few times I’ve tried that.

Good information. I have 5 k1 rootstock (growing a ton right now after planting them last spring) and 2 k86 (that i cut off the top to force the roostock, which both have done). I plan on grafting peaches/plums/etc to a few of them and see what i can figure out.

For what i understand, they ( might not be compatible with all peaches.