Plum--sick, or dying? What is this?

ok, so a couple caveats:

I loved this tree earlier this year, finally taking it from our tree “nursery plot” and putting it into the yard. It was moved about a month ago, so I am sure the roots are significantly reduced.

I also (we also) just came out of a bit under a week of 90-degree temps.

The tree is a Coe’s Golden Drop with several gage varieties grafted on. At the same time I moved several other plants, including a slightly larger apple on MM106, and 2 slightly smaller plums. The plums have small, folded leaves yet, the transplanting seems to have slowed leafout and they like supplemental water, presumably because of the loss of root mass, but everything else is doing largely ok, at least not turning yellow and then dying like this. 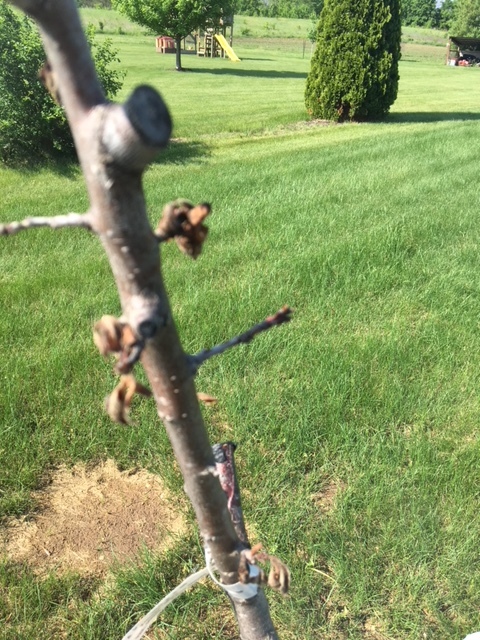 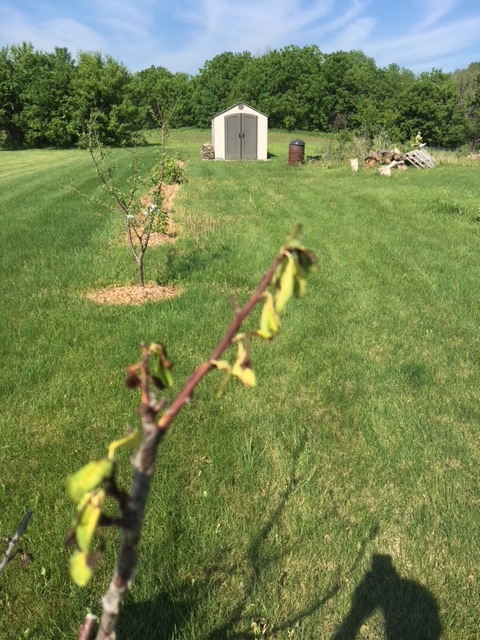 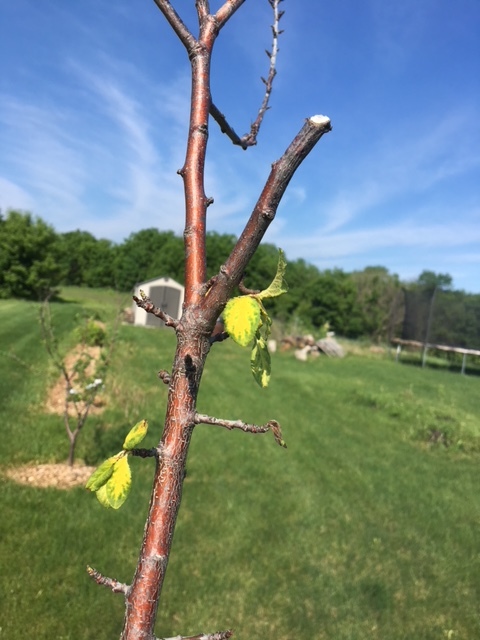 What stage was the tree in when you moved it? If it had started to wake up trees can do very poorly with moving. The leaves show its having some nutrient issues, surely from the move.

There isn’t anything to do other than wait and hope it eventually picks up.

Make sure to baby it. I dug up a leafed out nectarine last year and daily care kept it alive… Huge thanks to @fruitnut for saving it! It’s growing like mad this year.

it was indeed waking up, I had hoped to dig things out dormant but our spring was crazy, we went from snow to high 80s in under 4 weeks…

think there’s any point in trimming back, or better to leave it as-is and hope for the best?

Update: she is dead. Decline continued another 2 weeks, gave it a few more before nicking bark to check, no green underneath.

This is the second time I had a gauge mysteriously Brown and fail in the summer, Or at least a half-gage– –Last time it was a green gauge and this time it was coes golden drop with about five gages grafted onto it…all gone. No idea what killed the trees either they went from nice and green to gone in a matter of weeks…

You should never move trees after they break dormancy. It almost
never works…

I planted a tree once here in the South in late May—it was a white oak, certainly a very hardy, disease-resistant tree!

The only way it made it through that summer was rigging up a shade cloth structure that protected it on all three sides and overhead from the sun. We left the east side open so it could receive the morning light. Also, we watered it regularly.

It survived, but it wasn’t happy at all. I would say that year was essentially a wash—all it did was survive, not grow.