I have 4 pomegranate trees and 3 of them are a bit chipped off the trunk.i think the sheep bit them when i let them loose in the yard a few times. Is the tree going to slowly die? Should i start letting one sucker grow to replace the damaged trunk? 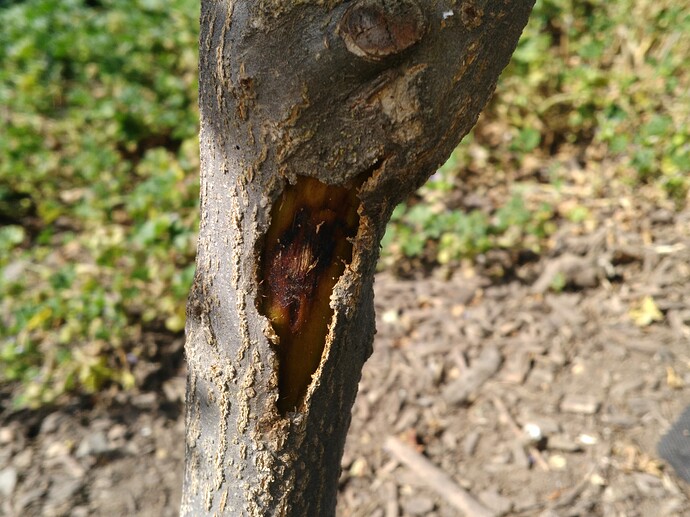 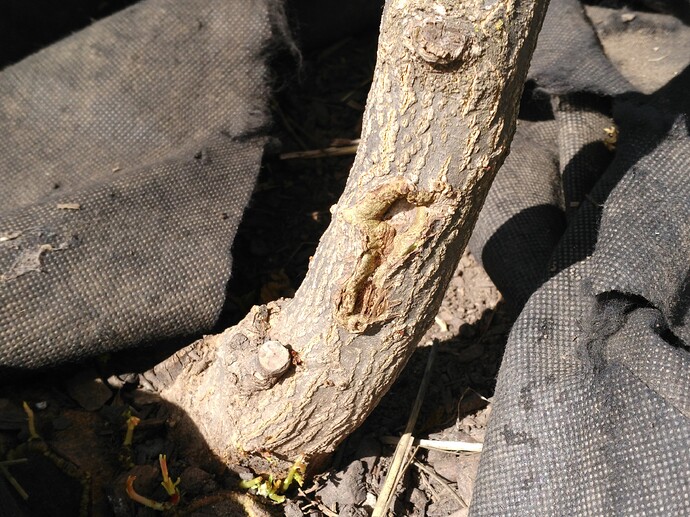 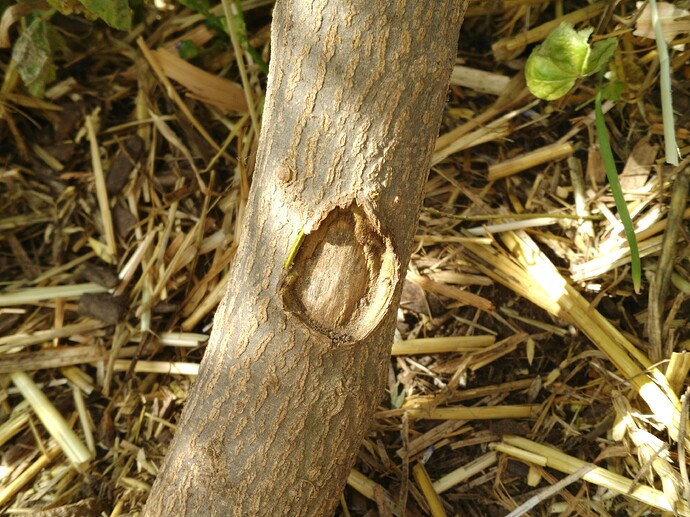 If you haven’t yet use a pruning saw under the damaged part. That wound looks bad and pomegranates are not the best at healing. Use water resistant wood glue to prevent sap bleeding and to prevent bacteria forming. I do that for two reasons. When cutting a thick part it bleeds aggressively, two shot borer beetles attack bleeding plants.

Are u talking about pic #1? Each pic is a different tree.

Are u talking about pic #1? Each pic is a different tree.

Yes I am, the other two look fine, the second one looks like it’s healing to me, the only damage I have had in my in ground pomegranate bush was severe damage so I have never seen what one healing looks like. I have done research through and the second photo looks like what I read about.

Thanks for the reply.i emailed master Gardener from the uc.this is what he said.

Your Pomegranate trees look physically damaged near the base. It also looks like old damage, not this year. Bark beetle damage looks much different with relatively smaller and rounder holes. These bark marks look stripped (sheep bites?) but not likely to kill the tree. It looks like the wounds have been healing over and may have already sealed the wound from scar- entering disease pathology. If the trees are still producing fruit, you may not want to replace them or need to let suckers grow (cut them off). Although having rootstock is not likely/evident, suckers are poor replacements for the primary tree.

Like I said 2 of them definitely do not need anything done to them, pruning heavily does delay or interrupt fruiting for 2 to 3 years Yet I disagree with him about the first one, that one looks bad. My in ground looked like that once.