When I was a kid my family or friends were around when I missed a 4th of July celebration or when I exited the garden before a major storm. Many people I grew up with thought I was a very lucky vegetable Gardener and fruit grower but it’s really not luck. At times people would see me do something and because of my lucky past would do the same. This is one of the signs in the sky I saw when planting corn that was not luck that told me to get moving. If your going to garden or farm if its orchard or vegetables you should know how to spot storms. This is a good sized storm headed our way today. Today the sky is dark so it obvious but its not always like that. Note the clouds in the western sky going vertical instead of horizontal that is a pocket of rain. At a 4th of July celebration I once left on a bright sunny day for the same reason though the weather man said there would be clear sky’s all day. In those days there were no cellphones to alert anyone. Look at the very back of the sky and you can see it. The cloud looks like straight clouds going to the ground. In my world that meant get home and inside before it gets here. 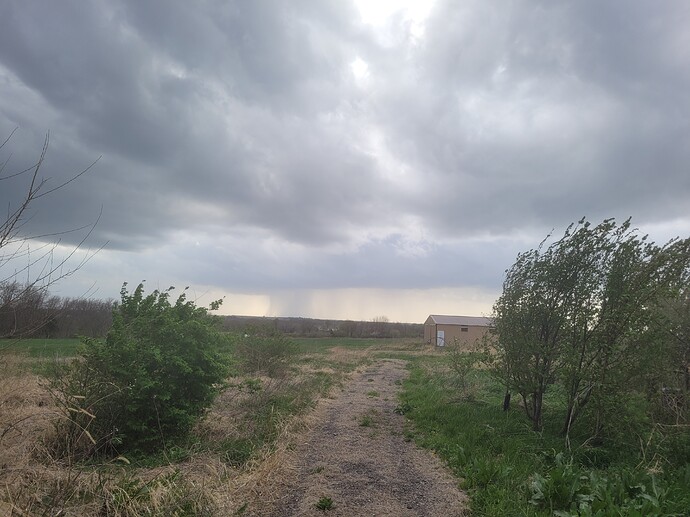 Here is a zoomed in view of the storm. It’s now thundering as it is much closer. 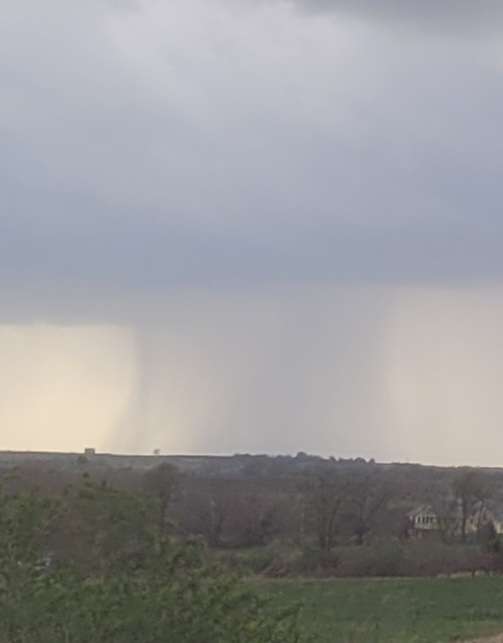 This is now and the booming thunder is now obvious. High winds and lightening are normal with these types of storms. 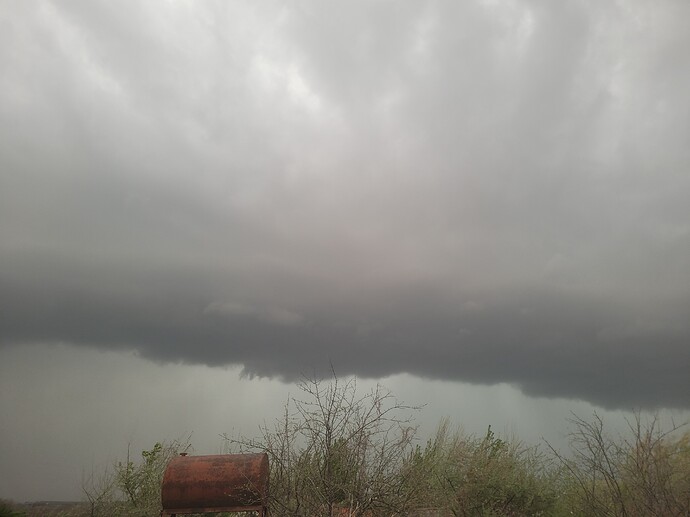 i agree. time to head for cover! sad most people now a days dont see it for what it obviously is!

Many in the city have never even actually seen the sky like that.

Nothing like seeing a thunderstorm in the Plains coming in at you. Nothing to slow them down, and they can be furious looking. I grew up in Oklahoma and lived in north Texas so I know about spring storms. I used to chase them as a hobby, but never saw a tornado.

Living in the hills, I’ve got pretty good at reading the skies and the surrounding environment especially during summer storms. We live an in heavily forested area, with our farm carved out of a hillside of hardwoods. So, the treeline starts about 100ft behind our house and goes up to the peak of a hill that’s about 300ft above the house.

Anyways there’s been many times during the summer when I’ve been outside and when the clouds start getting dark, I listen for the wind and then rain coming thru the trees from the west. When I hear that, I know I’ve got about a minute to get up to the house before it opens up on me. Thankfully we don’t really have issues with tornadoes in the hills.

While we live in a modern world, the weather still has a way to make you feel pretty insignificant and puny. It makes you respect those who came before us who endured such hardships.

Kind of interesting to follow a storm from the backside of it as well. I followed Clark’s storm in the above photo home today. I had been up in Nebraska delivering trees. My wife called and said to keep an eye on the storm, but I knew then it was already ahead of me and I was just following along in its path. Just about had caught up to it when I pulled in the driveway.

Yes you have a unique situation to observe the weather in that way. Being a very close neighbor you know the storms the same as i do. This area where we live is unique in many ways. The soil and other things are similar for you as they are for me. The area we live in NE Kansas is beautiful to me. Nebraska is big sky country as well so the area you were from made it as easy move to this area we live as they are similar in many ways. In New York City unfortunately they have never seen the sky in this way.