Article on a pesticide residue on commercially grown Washington apples. Unless you believe in conspiracy theories, looks like pesticide levels are minimal at harvest time. 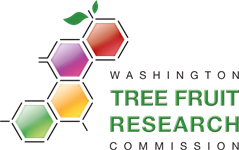 When I was clerking at the grocery store I got a lot of customers who were concerned about pesticide residues; sometimes, if they seemed up for it, I would invite them to invert the question:

Take a minute amount of an expensive, volatile and unstable chemical and spray it outside onto a plant and leave it there in the elements for several weeks, and then attempt to find a significant amount of the original chemical anywhere. There will be traces, and those traces will be pretty minimal.

That is not to say that pesticides and herbicides are never abused; I don’t doubt that they are, especially by backyard gardeners. But I will argue that it is not in the best interest of any serious grower to break the rules, and the rules are mostly pretty good. Yes, I have a bias that makes me distrust manufacturers and testing agencies, and I remain wary of systemics, but I doubt that by and large there are any significant chemical residues on most regulated fruit.

I wonder if anybody has done an comprehensive study on retail produce people, who spend hours every day handling tons of fresh conventional produce? Might be instructive.

I doubt that by and large there are any significant chemical residues on most regulated fruit.

Why would these chemicals be any different from glyphosate, which can be detected even in the urine of the vast majority of Americans?

That’s a good question. I’ll guess at an answer, but can’t be definitive.

Glyphosate is an extremely broadly used chemical in and out of organised agriculture, and is probably encountered much more than agricultural insecticides; if I recall correctly it’s actually fairly stable until it comes in contact with soil bacteria, so it may be more persistent. It may that it’s so widely viewed as innocuous that it’s used somewhat cavalierly.

But those are surmisals, not sound arguments, and your question is worth considering. (And I suspect that there’ll be other comments soon enough!) I will say that I don’t use anything except maybe Bt without being pretty careful, but that’s not the same as eating something that was sprayed some weeks earlier before harvest. Thanks for making your point.

The question is not being able to detect a given chemical at a nanogram level (modern analysis methods are extremely powerful and are able to detect one millionth or one billionth of a gram of a chemical in body fluids), the question is whether the amount that is actually ingested by humans safe or not. We are exposed to chemicals everywhere and all the time, and they do get into our bodies, the question is: are these exposure levels safe or not? And that’s what the EPA and similar agencies worldwide are trying to ensure. There is also a question about how advanced the science of toxicology is and how able it is to predict the toxicity/adverse effects of a new chemical before it is released to the market.

to answer CF’s query: because glyphosate goes underground, being specifically transmitted to the roots, whereas the pesticides on the apple are exposed to UV for months. Of course some pesticide will wash off, but if it does not go to the rhizosphere it is not absorbed. Not clear to me also what happens with the double filter of mycorrhizae plus roots, but in principle wash-off products which do not go to the rhizosphere have to negotiate both entry in the myc., while not being degraded, and then entry into the roots.

Folks, I did not know this until a while ago, but roundup is sprayed on grain crops to kill the later ripening plants right before harvest to insure the crop drys uniformly.

" Glyphosate, the main ingredient in Monsanto’s Roundup herbicide, is recognized as the world’s most widely used weed killer. What is not so well known is that farmers also use glyphosate on crops such as wheat, oats, edible beans and other crops right before harvest, raising concerns that the herbicide could get into food products."

This is why roundup is found in the urine of everyone who eats grain, not all the other uses combined.

I was personally appalled at this use as it maximizes exposure for a systemic herbicide. But I do not know the exact details why this is done.

Thank you for the information and the quote. Could you provide a source or a link to make it easier to follow up too?

to add to this: specially for beans (soy and regular beans). they have fibrous stems that can foul a combine, so they need to be tinder dry. I have posted about this in the past, you only eat organic beans nowadays. Specially someone like me who digests them well and eats a lot of them.

I’m a licensed sprayer and I do find that disgusting enough to steer me towards purchasing organic grains. I rarely spray anything closer than a month from harvest. Most of the apple trees I manage are finished in spring.

Our rating of “mixture” recognizes that, indeed, glyphosate is sometimes used as a desiccant, but that its practice is far from common in the United States. We reject the notion, however, that this “common” practice of U.S. farmers “saturating” wheat crops with Roundup herbicide as a desiccant before each harvest has been causing an increase in wheat-related ailments, as these claims are unsupported even by the research cited in articles making such a claim. 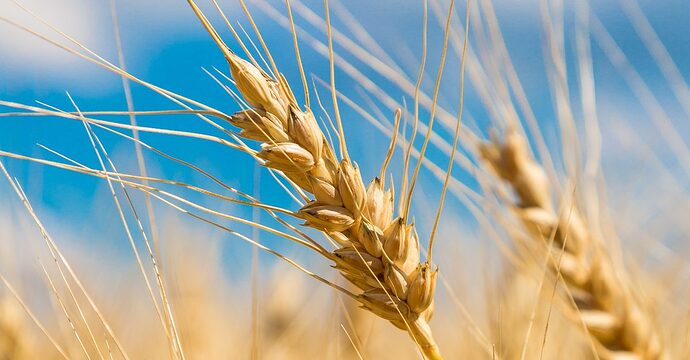 Are U.S. farmers saturating wheat crops with Monsanto's Roundup herbicide as a desiccant to facilitate a quicker harvest?

I’m suspicious of the potential for overuse of all agri chemicals, and I like to be cautious. So this claim interests me as I eat a fair amount of whole wheat. Right now I don’t see anything to make me quit buying what I’m using now.

The fact that roundup residues show up in many urine samples, combined with the extremely low leaching rates of roundup and very low to none water concentrations as well that the “non-desiccant” uses are not consumed but rot in the fields it is likely the levels found in urine are due to direct consumption of crops purposely sprayed before harvest. Most people have no direct exposure to roundup, there is little or none in the water so eating it from crops sprayed with it seems even if only 5 - 10% of the grains are sprayed that it would explain the widespread detection of round up residuals in urine.

I guess I have trouble seeing the math in your conclusion, because it’s not like that, say, 5%, of sprayed winter red is mixed into the total wheat supply in a controlled distribution. I’m saying that the affected wheat would be concentrated in certain products, not necessarily broadly distributed, so you could not generalize about the effects on the broad population.

That’s not to say it’s not being used on lentils and so on! For all I know it is. But I’m going to suggest that if we want to know how much of anything is in our food we need to look at the food more than the way it was produced. ( And I still don’t know anything about other dessicants, such as Reglone. For all I know it’s “just as worse” as glyphosate.)

Say you refused to eat food that had been grown with feces before harvest … think where that line of logic could lead a person.

Roundup makes me nervous. (Heck, everything but ladybugs makes me nervous, and they bite.) But what I’m seeing reported about glyphosate doesn’t really inform one way or the other- what it really tells me is that a lot of people are nervous about it.

So until I see real science on the subject I’m reserving judgement -with reservations.

A question specifically for those of you that say chemical residues on produce aren’t a concern: is there anything that would concern you so long as regulatory agencies said it was safe, go ahead? In other words, is your confidence in government and regulatory agencies, or is your confidence based in something else (scientific generalizations/understandings, item by item laboratory tests… something else…) that wouldn’t necessarily correspond with regulations?

Dern good question- maybe for today I’ll let my hesitation be an answer. I’ll just observe in passing that the gummit, in my opinion, is largely staffed by well-meaning people of reasonable capability who are charged with applying an evolving science in a way that follows a protocol laid down by well-meaning people who are tasked with getting along with an industry that is motivated by less than pure motives, and who would rather not upset that industry because they can usually make more money if they get a job within that industry …

… not sure I want to pretend that all adds up, but there you have it.