When I gave away cuttings from my Luma apiculata bush last year, the thread ended up mostly being a group experiment on rooting them (with only minimal success):

Rather than continuing that thread, I decided to start one just for updates on attempts to root this species.

Most recently, I decided in the fall to try a couple communal pots, treated with hormone and just left outside for the winter. That ended up including a pretty severe cold snap in December (6 days below freezing with a low of 16°F). Despite that, I ended up with better than 50% success (4 out of 9 in one pot and 4 out of 6 in the other). Here’s one of the two pots I did after washing them off: 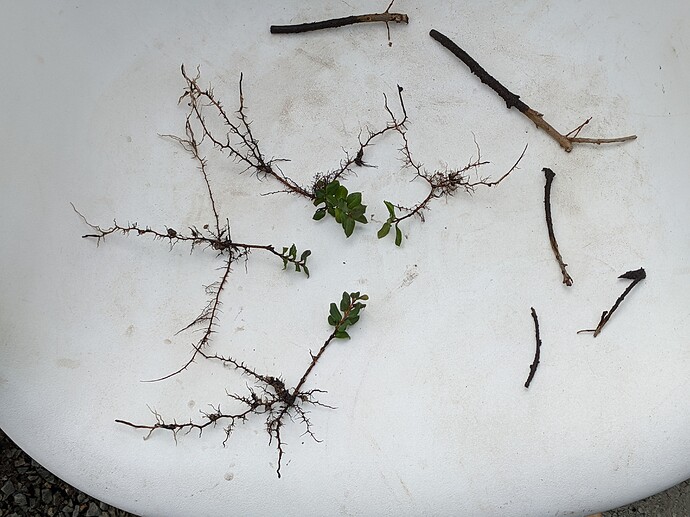 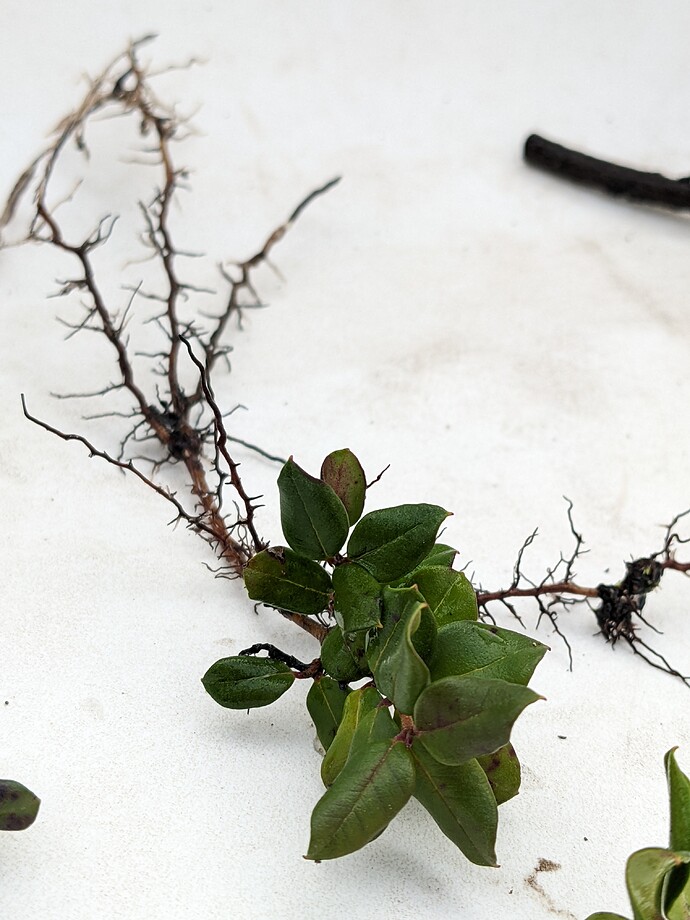 So, it seems like fall cuttings left outside do pretty well, I bet they could just be stuck in the ground, though I haven’t tried that (maybe next fall!).

They seem to root pretty well, but these myrtle berries are just water or heat finicky for me.

I think much of the PNW is pretty close to their native climate, so it grows pretty effortlessly here in Seattle at least, but we get plenty of rain in the winter, minimal rain over the summer but plenty of sun then. It seems more hardy than the Chilean guava in my yard, too.

I’m half a climate zone cooler than Seattle and Luma is doing well here too. Very little winter damage on very young plants.

Have you grown salal in the pnw? I’m attempting it here in Alabama.

It grows wild all over my neighborhood but I don’t think I have any in the yard unless there are small volunteers I haven’t noticed. They can be pretty good, but since there are large established populations in public parks nearby I mostly snack on them while hiking and haven’t set aside a spot for them in the yard yet.