Anyone know about this? For some reason, this year I’m getting blooms again on one of my saskatoons. 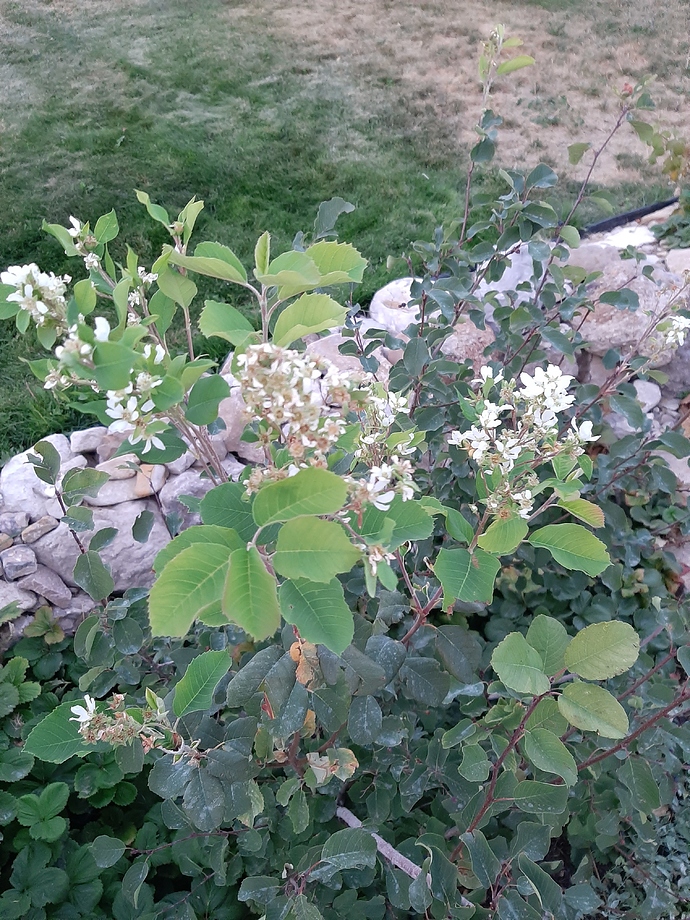 Hey Rob! When did it bloom the first time? Did it bear any fruit then?

I’m not familiar with them, but aren’t they like a honeyberry? Is it in any stress? Sometimes a plant will start blooming if it’s about to croak.

The only other thing I can think of is maybe it briefly went dormant during a cold spell and is waking up again. But, being that it probably requires a lot of chill hours (being cultivated in cold climes, like Canada), maybe that doesn’t apply here.

Nothing seems different about it except a 2nd bloom. The first was in the spring and berries came as usual in June. Weird!

I’ve had a few stone fruit and maybe a Pear bloom,late in the season,but not quite that many flowers.Unsure of the reason and it’s probably fairly common.bb

I’ve had a pear do that before, and was told to prune them or, if I recall, there’s a danger of fb. I have grown various varieties of saskatoons for over 5 years now, and have never seen this before. It looks like I’m getting more berries.

Here ya go… Juneberries in September! 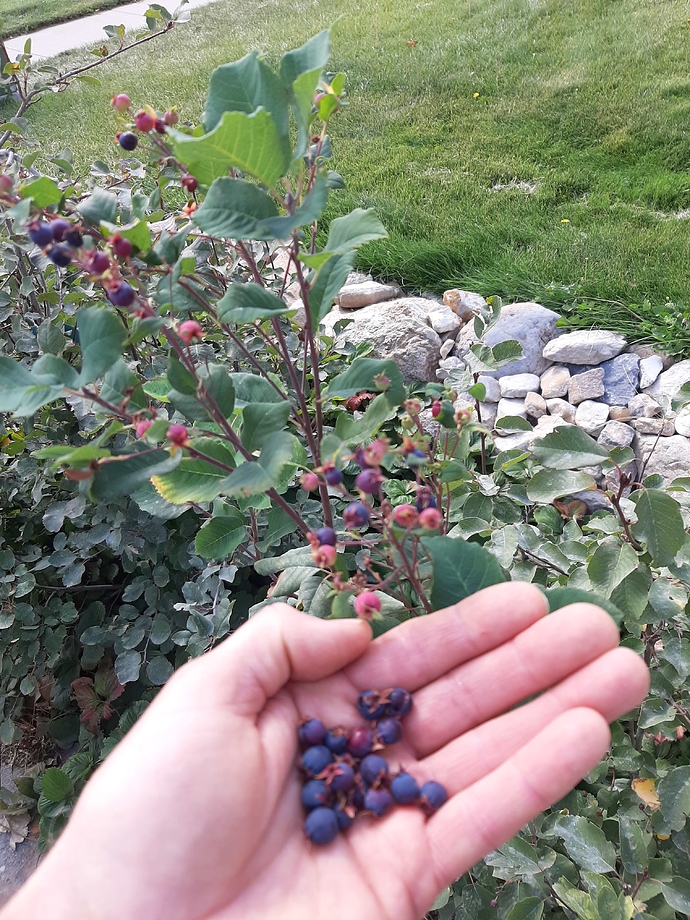