Yes, both Itasca and Petite Pearl are on my consider list but there is only room for 6 where the grapes are (and that’s enough for us) so someone has to move out before someone gets to move in!

We’re on the far edge for grapes so it is a balancing act to find that best spot for protection-air cirrculation-sun, and where there isn’t already something planted. Guess that’s true for most of us growing on the edges. Sue

in bismarck my Marquette came through fine with no noticeable damage. actually all my grapes did well which surprises me. we had an unusually cold winter. i lay my seedless vines on the ground and covered them with leaves and they all survived also. gonna b a good harvest for me this year unless tragedy strikes… looking forward to trying vanessa for the first time! 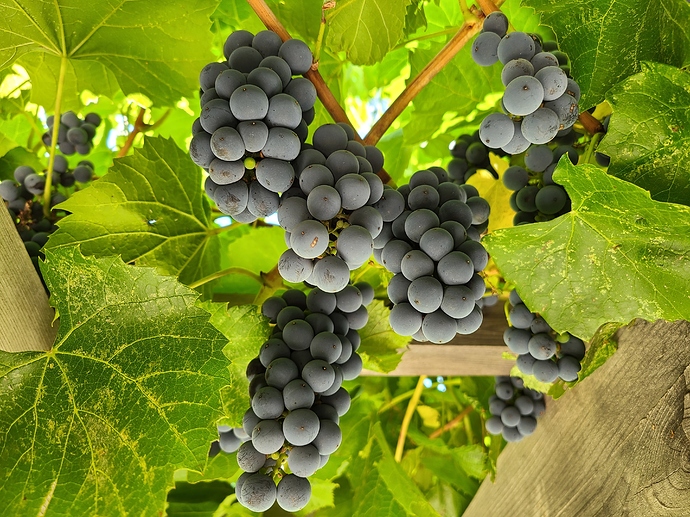 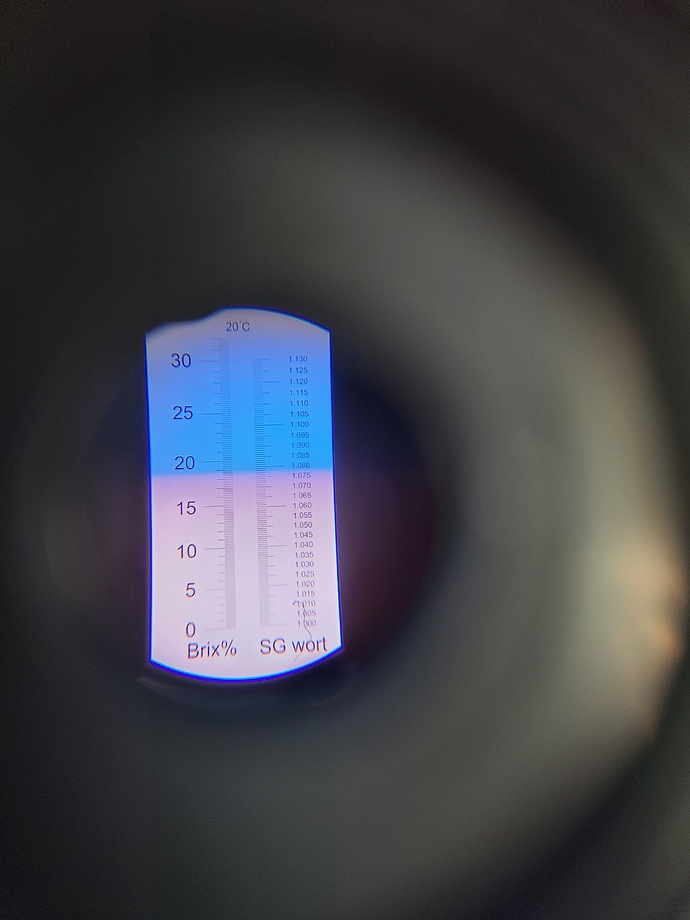 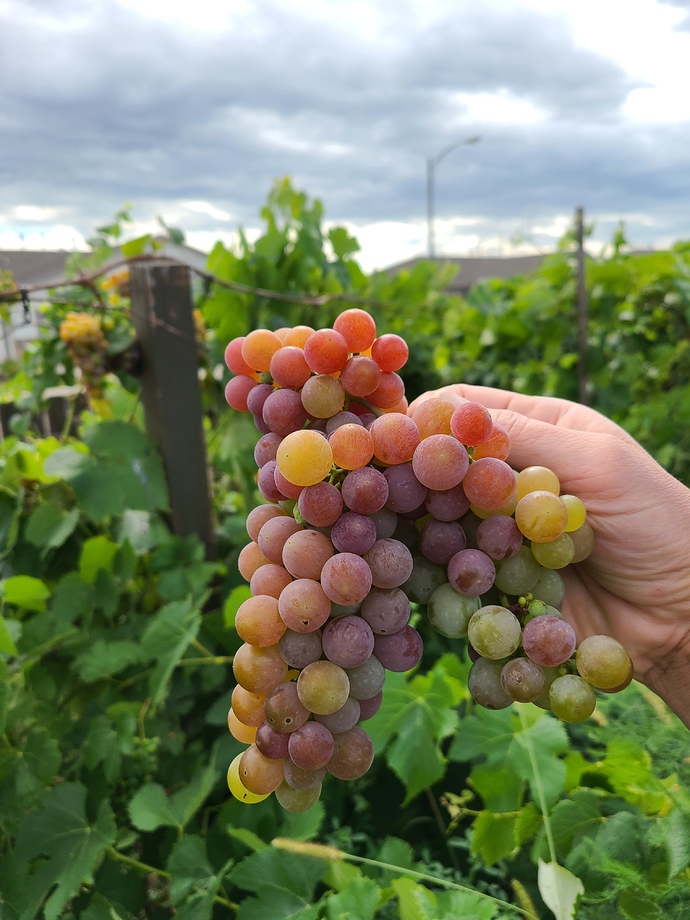 Frontenac Gris fruited for me for the first time this year. They are very small and seedy but have a very nice flavor! I think they’d make excellent juice. They’re traditionally a wine grape but I don’t drink.

Derek do you have any problems with die back on reliance where you are? Do you lay your vines down in the winter?

i do lay them down. if i don’t they die back lot. I’ve had luck with reliance and Vanessa for seedless types.

This year’s grape harvest certainly doesn’t have bragging rights, hardly worth mentioning in fact. Lot of winterkil so early on figured they were a bust (lesson learned - never underestimate your plants!). But to my surprise, late but significant, a good number of buds grew. Hope! Then the first May freezes (teens-20’s) hit. Oh well, maybe next year. But they felt different. Secondary buds grew! Scattered throughout the vines but enough. When the second hard freezes came (we had record cold May) I decided to cover. But when I was done covering the garden the second night I forgot the grapes. Obviously lost again. Darn! And considering the record heat this summer it could have been a decent ripe. But the vines didn’t give up - thirdiary buds grew and these never-give-up vines set a small crop. These late comers did their best but just not enough time. When an early hard freeze was forecast a few days ago (24 deg) I decided there weren’t enough near ripe to cover so I harvested what I could find. Picked out the ripest grapes and juiced with plenty of sugar and some apples. Got 4 1/2 pints which was OK for such a rough year.

Marquette was the winner with the most ripe and near ripe berries. It thankfully has recovered from the vole damage a few winters ago. Sommerset tied with Marquette. I’m SO thankful to Jesse and others who recommended this variety. It’s low vigor and small vine but the grapes sweeten early. I ate all the ripe ones off the vine but still had some for the pot. I’m going to plant another Sommerset.

Prairie Star was close and is still a keeper for me even though I didn’t get much. It came through the difficult winter in good shape. Bluebell just had a handful of barely ripe but I still think its worth it for the good years. Brianna is coming out this fall (to be replaced with a second Sommerset). It was with Bluebell with very few even close but mainly it is just too vigorous for my spot and my vine continues with some leaf issues. In a warmer location I’d still recommend those two though, both for berry size and flavor.

So not a great or even good grape year but it did give me a better appreciation for the vine’s persistence and desire to grow and produce. On to next year! Sue

Do you have any Muscat flavored grapes?
I have a Viognier hybrid with some Elmer Swenson’s grape.

I got to try a few Lorelei (ES 5-4-29) this year. They seemed to ripen around the time of Somerset if I remember correctly. Very good flavor. A light Muscat flavor was present, and the other flavors were excellent, very fruity. Had more of a melting texture than other grapes. This was the first year fruiting so I only had about 5 grapes. Edelweiss is similar and maybe earlier, but it has no real Muscat flavor and the texture is more normal. It does, however, have a nice fruity flavor. I got my Lorelei from Double A Vineyards. Edit—> I just checked and Double A doesn’t have Lorelei listed for sale right now, hopefully that will change.

I have a Muscat flavored hybrid
Okanagan Riesling
It’s fairly Hardy
White fruit
Clusters about 5 inches long
Medium size berries.
Medium vigor.
It does get a vague labrusca flavor
when dead ripe.
Can share/trade this fall.

Here’s one (somewhat short season grape) from Canada (Ontario) that is quite interesting imo.

But, uneaven ripening (not sweet and grass aroma when not fully ripe).

They ripen from the end of august until the end of september, for me, here in Qc 4b. 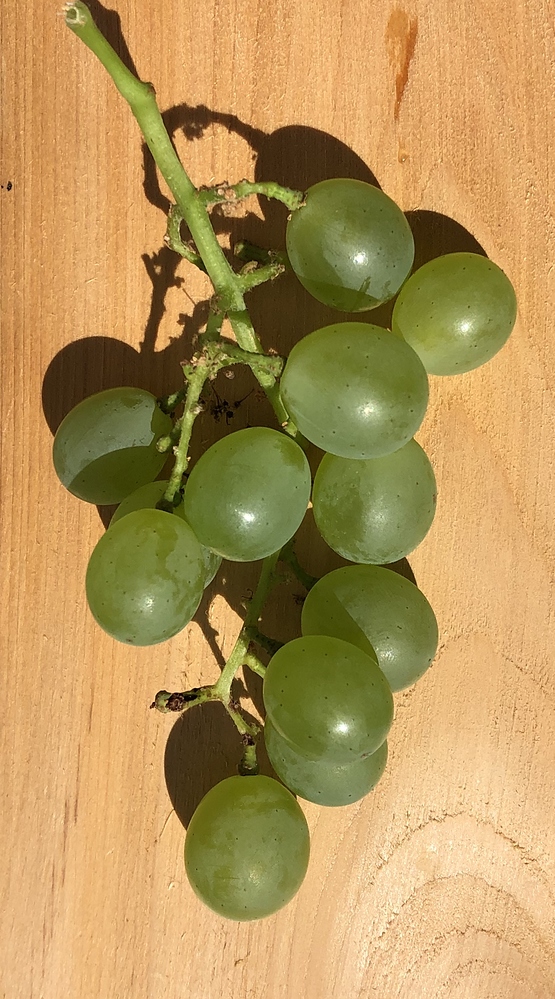 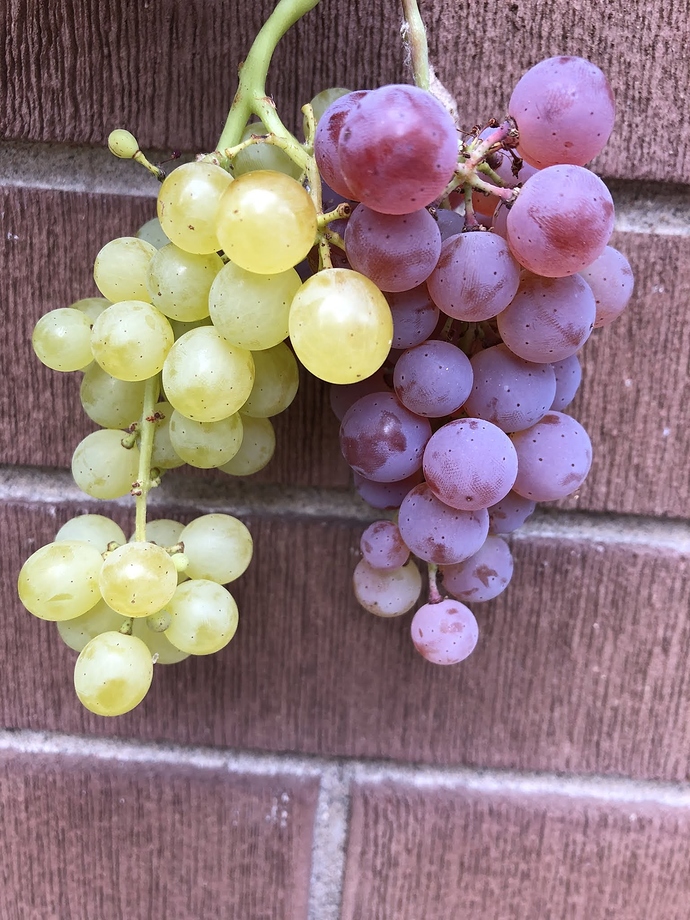 I’m really interested in Early ripe muscat grapes, but need an American source.
Our winters are very mild, so hardiness is not much of a problem.
That Cotton Candy flavor grape sounds good.

Ever heard of Herb Fritzke?
He selected a few very good wild riparia grapes.
The L-50s was one of the best.
He lived near Saint Paul, Minnesota
Wish I could get one of those.

Hi! Do you have any sources/infos/links on that grapes (L-50s) ? Sounds interesting. We have lots of Elmer’s Swenson grapes available in Can, so who know about that one.

Herb Fritzke is dead.
But the L-50S grape must still be in Minnesota especially among Grape breeders.
I used to have one, but no more.
I’m also interested in getting it again.