Sources for Rondom redcurrant? -- found it!

I also found this U of Idaho Extension bulletin from 2009 that mentions Rondom as a good variety. I found an email address for one of the authors and have asked if he knows of any US sources.
I’ll report back any findings.

They also have agreed to consider any variety that can be scientifically demonstrated to be highly resistant or immune to White Pine Blister Rust. The link I sent them to the article from Corvalis apparently wouldn’t work. So I’ve sent the citation, and they have turned it over to their nursery department for review.

So, in that vein, does anybody have any good citations for trials investigating resistance that involved the Gooseberry variety “Black Velvet”?

I had a decent year with currants. I never heard of Rondom? I got rid of all my reds except Rovada, it’s berries are so much bigger and it’s strings longer. Taste wise I saw little variance between a few cultivars so.as not to spend all day harvesting small strings of medium sized berries all over the plants to decent sized berries that were easy to harvest in the cultivar Rovada. 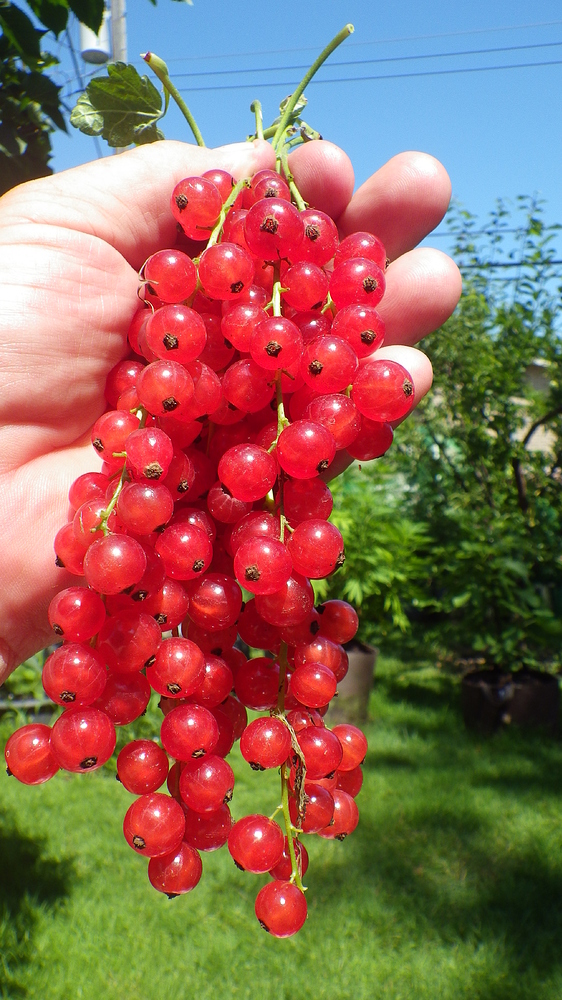 So far, I’ve only heard back from OGW, and they said they would pass the info along to their horticultural staff. I suspect if enough people ask for it (and specify that it’s the only kind you can legally plant), it would demonstrate sufficient demand for them to carry it.

e Corvallis study is frankly out of date.

Yes WPBR has now mutated and will infect all resistant cultivars

A white pine-decimating fungus has mutated, allowing it to infect immune and resistant plants, which is alarming researchers, growers, loggers and forest managers.

they mention to use a fungicide but I’ve yet to find one rated for WPBR.

they mention to use a fungicide

Yes, I was looking, and I can’t find Jack.

Well, unless you have a more up to date listing of resistant varieties that includes something other than Rondom, I’m going to have to go with it. Worst case scenario, they say “no.”

just happen to have some immunox handy.

only red that i found listed as resistant is Red Lake.

Moose, may I ask where you found the listing? At least Red Lake is more obtainable than Rondom.

Also, if anybody has an actual citation for Black Velvet, that would be helpful, too. As a cross between a gooseberry and a worcesterberry, I sort of suspect it might be immune at least to the same degree that a Jostaberry is. But I need some sort of field trial to make MDARD happy.

shoot. i don’t remember where i saw it on but i found it on a few sites stating Red Lake was resistant.

So far I have not seen WPBR, I only have trouble with mildew on a few currants.
Sometimes aphids, but none this year.
I want to try Jonkheer Van Tets Currant. It is reported to be the best red for flavor.

id like it because its early producing just in case SWD shows here.

I’m being driven SLIGHTLY bananas by regular references to Black Velvet (gooseberry) being WPBR resistant, but no documentation of that. And by the fact that I can’t find an accessible copy of the Register of New Fruit and Nut Cultivars 41, which I THINK might list Black Velvet. ( can get 43, 45, and 49, but not 41. Dangit). I might try contacting one of Wisconsin’s Extension service test farms, which apparently was going to test Black Velvet. Although I think just as a field test, not a challenge test for WPBR. Still, they might know more about the variety.

Info on Black Velvet was supposedly via the USDA in Idaho, so if anybody DOES have that paper, do let me know. I’m trying to get all my ducks in a row before I pick a fight with MDARD’s nursery people.

Honeyberry Usa quotes jeanne gooseberry as highly resistant to WPBR. i just put one in in june. i have a tiben nearby with WPBR and so far my jeanne and consorts all about 20 or so ft. away haven’t shown any infection. jeanne is very vigorous also. mine has put on 12in. of new growth since june in unamedned soil.

Just got word from Corvallis that they are sending me some Rondom cuttings! And they’ll be here tomorrow! I’m excited that they’re coming, but this is a little earlier than I was counting on. My wife isn’t big on the idea of storing them in the fridge, so I may have to get them started now. Will they be OK in my unheated zone 5b/6a mudroom, or would it be better to put them in warmer temps in my sunny dining room and keep them growing until spring?

Once I get them established, I plan to make cuttings available through trades to try and get this variety more widely available for those that need it.