Spots on my Red Fujis

I got a large crop of Red Fuji apples last year but many of them developed dark spots here and there. The spots appeared on the fruit before they were picked.

Any idea what they are/what caused them?

They were picked in November and the last time I sprayed them with anything was probably August. 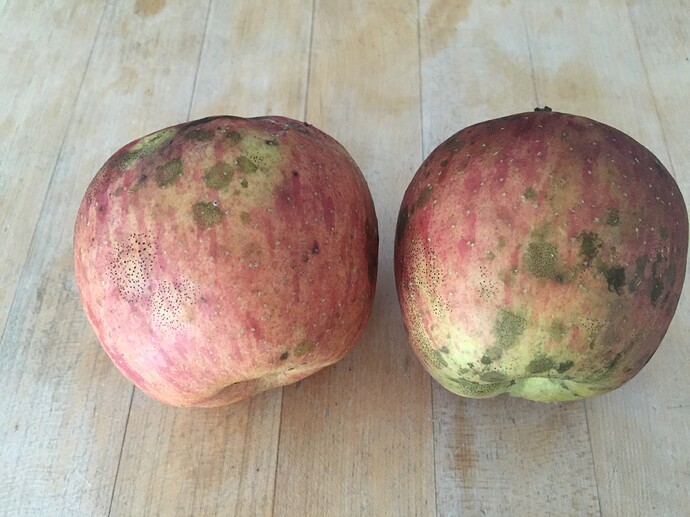 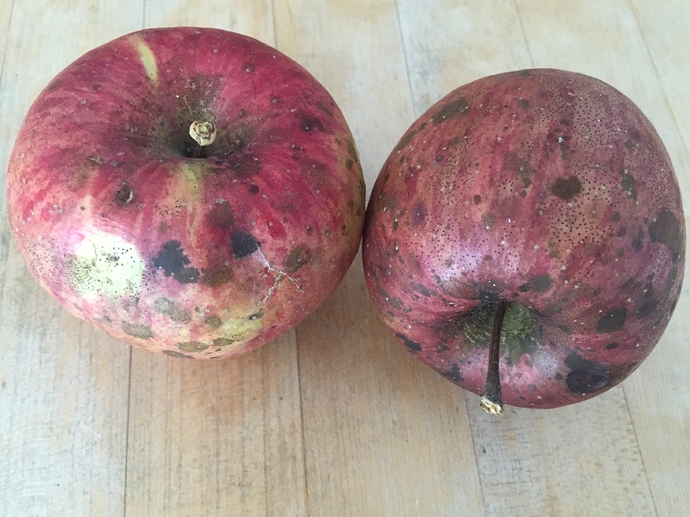 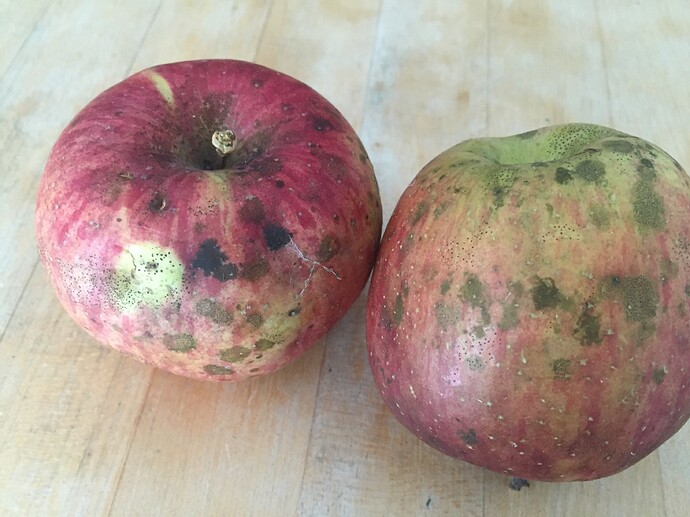 Looks like fly speck and sooty blotch. Just cosmetic fro, what I understand

Thanks! I’ll have to look those up.

It’s funny, when I looked at the apples and took the photos, the only thing I noticed was the big blotches of green and black. I didn’t notice those tiny black dots until I posted the pics here!