Springhill Nursery is one of those ones with a hit or miss reputation on Garden Watchdog. I always told myself I wouldn’t order from a nursery like that but I saw a targeted ad of my phone for “Romeo” Cherry. 19.99$ with shipping figured what did I have to lose? (well 20$ is the obvious answer I guess!).

I ordered, they sent an email confirmation, Fedex confirmation the next day, a few days later I received this beast in a 5 ft box. 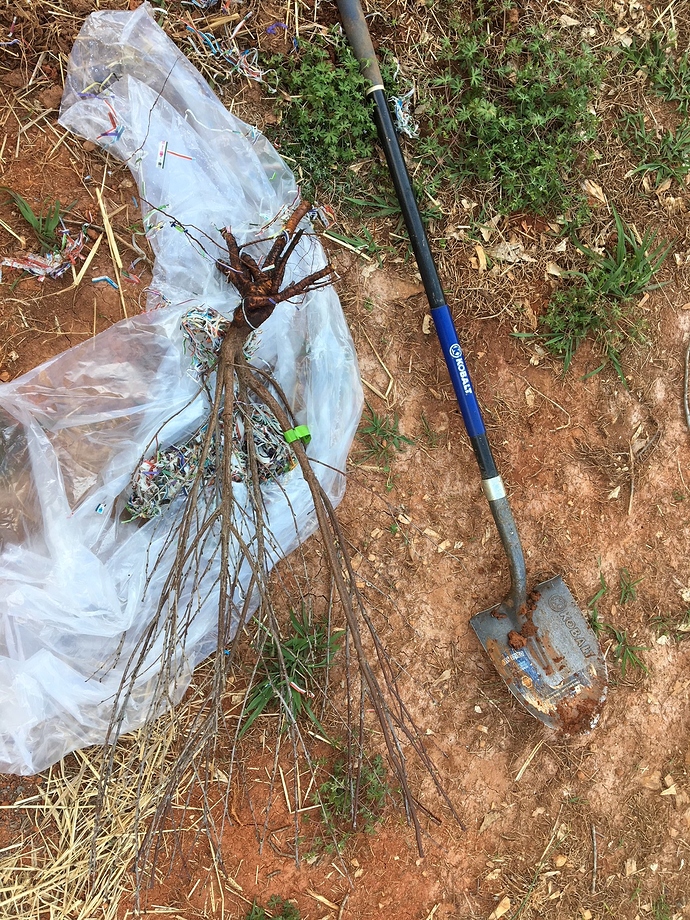 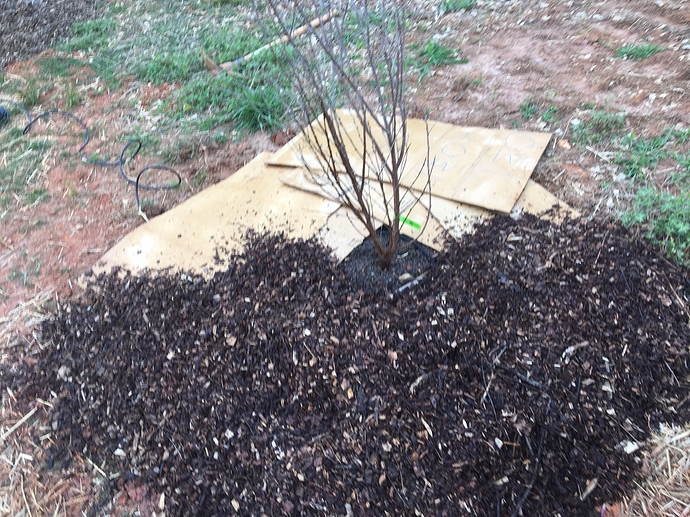 Probably 4 ft in height including the roots. I did gamble on this because the three reviews on their website all the people stated they got a huge plant despite the description saying 12"-18". Hope I can keep it alive late to be planting bare root here and having our first warm dry week. It’s mulched and on drip irrigation it won’t die for lack of water.

Thought I would mention this if anyone in a higher zone was looking for a bush cherry.

Might want to prune the top to balance the root nubs.

Yes after planting I cut over two thirds the top off. Hopefully it makes it through summer

I just hope it is a real Romeo for you.

This nursery will need to do a lot of good will before they could get back to our good grace.

I bought a Carmine Jewel and Romeo last year from Spring Hill in a 50% off sale (I think I paid $24.95 total for both plants - score!). They were both really nice plants like the one pictured in the OP, I too was very pleasantly surprised. They were very healthy and leafed out beautifully. I had to pick flowers off the CJ. I paid more for another 6" sad looking twig of another USASK sour cherry from another company. I bought another Romeo this year from SH as I had a coupon and it is just as nice as the last one I got. I bought two haskaps also and they were 18" tall and well leafed. I’ve been very happy with both my orders from 2017 and 2018 from SH.

I wonder what rootstock they use for Cherry trees?

Have some strawberry plugs from Spring Hill. They are all growing nicely.

I wonder what rootstock they use for Cherry trees?

Depends, The Romance series is mostly sold on their own roots.
I like Gisela 5 for sweet cherries. I don’t have any regular non bush tart cherries, so not sure what they use?

I just pulled the trigger on same deal today

I just got two Romeos from Springhill. Both look similar to yours, my roots might be a little less chopped and my tops not quite as full. The packaging was top notch, the delivery was very quick, and it showed up when they said it would. No complaints at all. 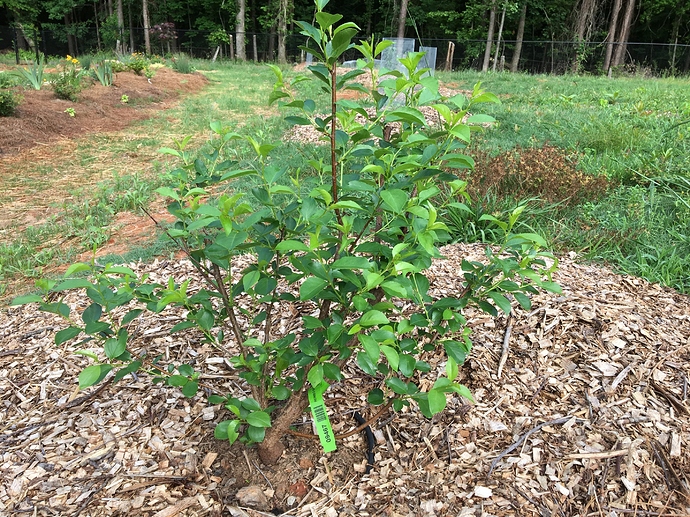 Based upon the comments I decided to order two Romeo cherry trees from Springhill. I thought it might be worth the risk. I put one up against a 5 gallon bucket so you could judge the size of the tree. I have also attached a picture of both trees on the ground. I ended up buying both trees and a honeyberry plant for $37.00 with a coupon. The $37 included shipping. I am pleased. I hope they grow. I need to find a space for both of them. Thanks for the headsup 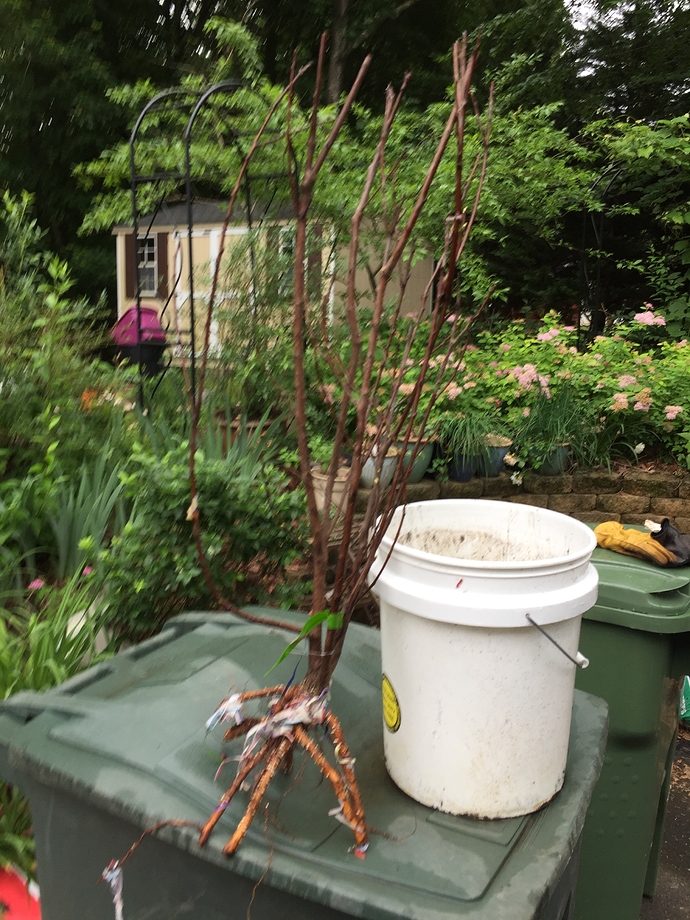 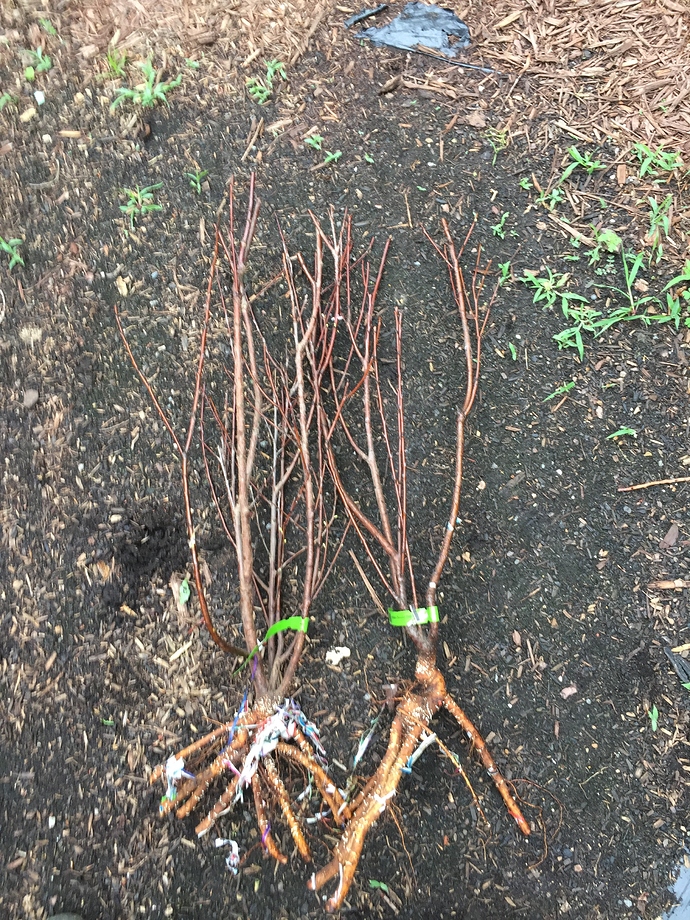 Nice deal u got

Ripening some cherries this year . How dark should Romeo get? 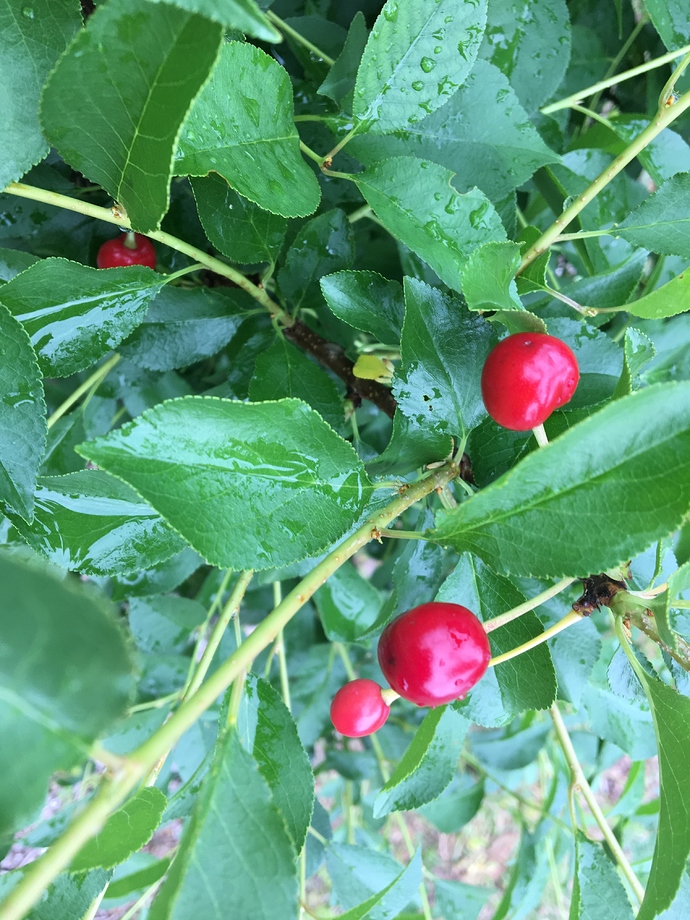 How dark should Romeo get? 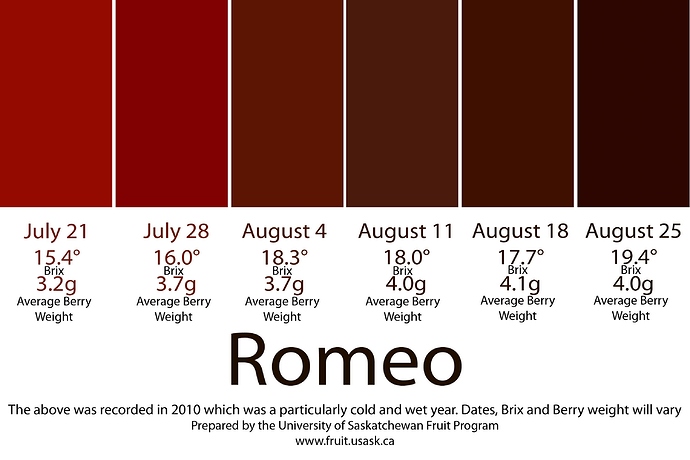 These are the people who originally released the the Romance series cherries, so they should know.

Great chart thanks. They were soft I tried a few at the bright red stage and they are good but I’ll eat traditional pie cherry straight off the tree. Don’t think they’ll make it to the dark stage my four year old has discovered them

I never bought the bush types as I was led to think the fruit is very inferior to tree types. Butyou all seem to like them. I like both cherry pie and very sweet nearly black cherries. One Yakima farmer at Vancouver Farmer’s Market has the best dark sweet cherries, plump and big. All the other cherries at same market by others pale in comparison. He sells a lot. But it used to be $2-3 a pound, and last 2 years cherries sell $5-6 a pound. So I have not eaten any fresh in 2 years.

That is actually why I bought a multi grafted cherry tree.