We planted a Tawara Asian pear tree two years ago. Last year it produced abundant fruits but none of them matured much bigger than a walnut. We chalked this up to the infestation of Japanese Beetles that were covering virtually everything except our pawpaws.

This spring the tree again produced a lot of flowers and is covered in small fruits, but the leaves are not developing properly. Almost all of of them are small and several are covered in small warty growths or have brown edges or are curling a bit - sometimes all three. Thinking it might be some kind of aphid I peeled back the curls but there’s nothing there. Since a few pictures are worth a thousand words I tried uploading some but was limited to only one since I’m “new” here. I’m hoping somebody can identify this as I want to nip it in the bud and not resort to guesswork. 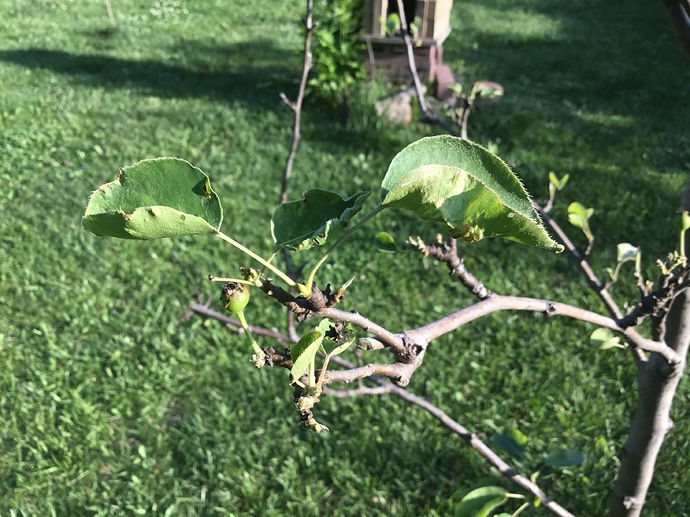 I don’t know what, but it looks to me like something’s eating your plant up. I suspect that if you take a leaf into a real nursery person or a county extension agent they’ll find something in the leaves. In the meantime I’d discourage much fruiting and make sure the plant is well watered and modestly fed. My thinking is that the plant doesn’t need any new stresses added to it right now, and you don’t want a flush of growth, as encouraging as it would be, because you don’t want to invite fireblight.

Once you get the problem pest id’d you can choose how to deal with it. I do agree that it might be a bug, but more pictures will help. I don’t know what the warts indicate. But a quick internet search indicates a fungal infection such as this:

Hope this gets you started!

Thanks for the tips - There are some new leaves near the bottom of the trunk that sprouted out of a branch i’d thought was dead and theyr’e much bigger and healthier - I tried to post those but one was my limit. If I’m allowed maybe I can post another picture in this reply. 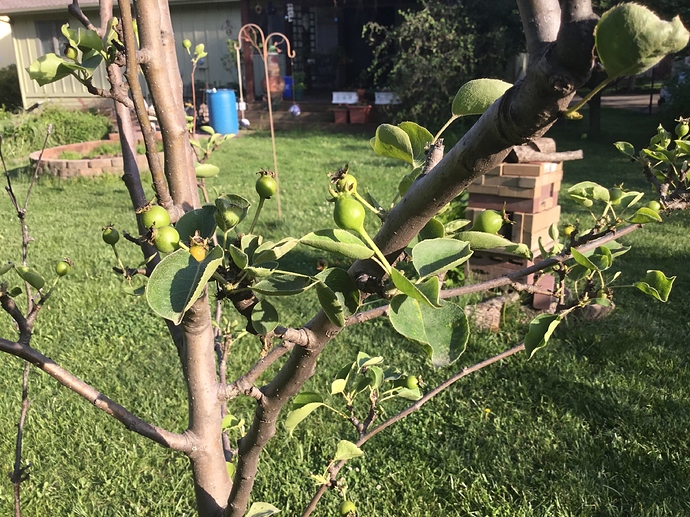 It seems I’ve found a work-around to the one picture limit. 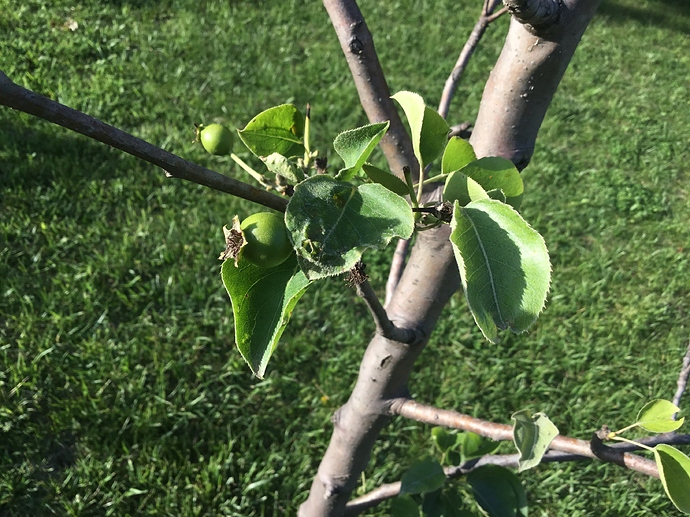 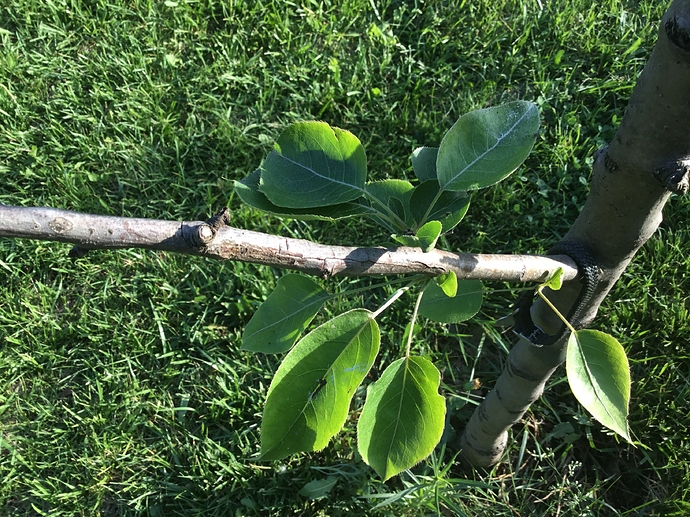 Would you recommend I remove thin the fruit it’s trying to produce? I’m giving it extra water but don’t want to drown it either.

What’s really annoying is I have a lot of fruit trees and it seems like I’m constantly chasing one problem after the next with them. In the meantime, trees I DON’T want on my property continue to multiply like a hydra with it’s head cut off despite my best efforts…

Those look healthy, but a closer look would help. I do think I see some warts, so I’m not sure you’re in the clear.

But the good news is that fungal issues can be addressed, although it takes some serious attention. I haven’t had to worry about it yet, as I live in an arid area.

I’m about to leave the discussion for others more qualified, so I’ll dodge answering your question about fruit production and watering. You can help get better answers from those other people if you’ll describe your soil (drainage, fertility, and such) and climate (I gather you’re in Kansas City?) and anything that might contribute to the story. Are you near junipers? They might play a part in a fungal life cycle.

I hope this pulls in somebody nearer your circumstances.

Actually, yes, we have a stand of junipers along the back of our property. Those contribute to the life cycle of fruit tree fungus? I had issues with fungus just about wiping out our peach trees but I did a copper fungicide application in the fall and again this spring. Some of the peach leaves are getting those nasty red warts on them anyway despite my effort, but its nowhere near the level it was last year.

Also I’ve been fighting a fungal infection on my one sour cherry tree. Shortly after harvesting the cherriy crop it starts dropping leaves. I tried a more aggressive fungicide this year and for my efforts it dropped every little green cherry on it, so that’s a loss…

What area are you in? If your in Kansas we have seen many wild or ornamental pear trees in the area carrying rust. The crinkled leaves makes me suspect something a long those lines. Any rust spots and if so I would use mancozeb eg. PENNCOZEB?

Yes, we live in Kansas City and we have most definitely had some crazy weather here this year, however, we also have a Bartlett pear tree next to the Asian pear which we planted at the same time for cross pollination, and it is totally fine - no curling leaves, no spots, nothing. It flowered a little this year but no fruit yet.