Thanks for letting me know about the camelias and ilex species I’ll would follow on those.

Thanks for sharing that info, I would definitely would check some of those plants! Good luck with your plants ants trees, there coming along good!!!

Some hemlock (Tsuga) tea on my Trangia stove kit in my backyard. Pretending to camp

The sake cup is for my 2 year old to enjoy some tea with me. 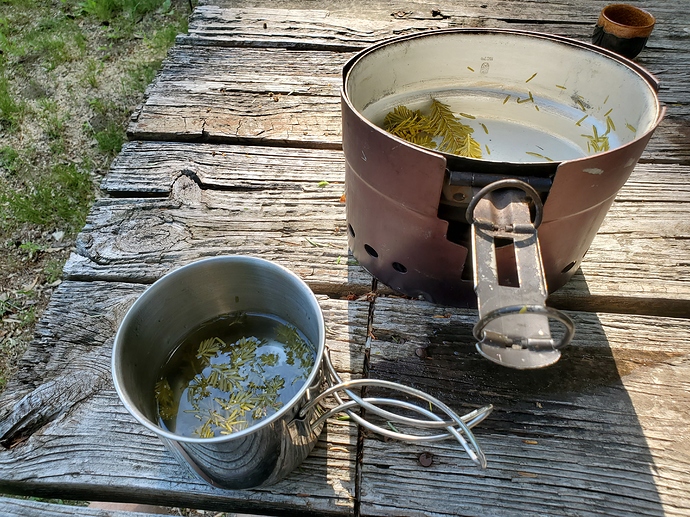 And any one grows jiaogulan (Gynostemma pentaphyllum)? I have it to eat fresh and tea… 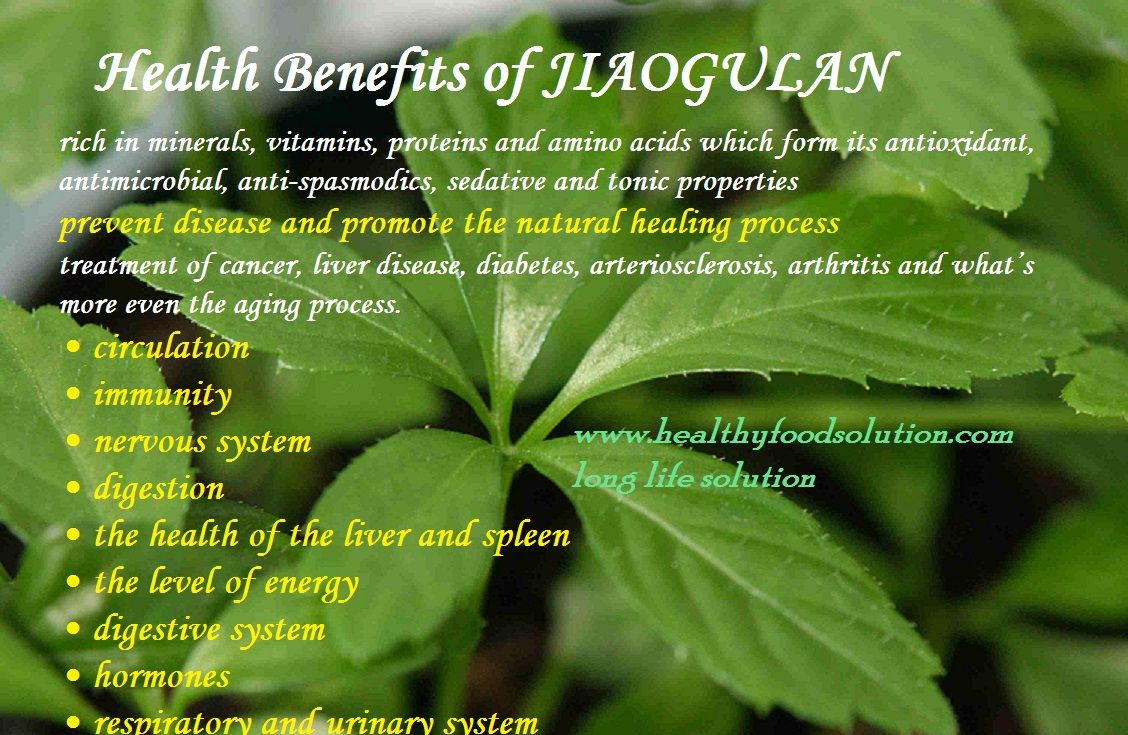 I recently had a small wooded area on my property cleared with a small dozer. While I didn’t recognize it by the leaves or bark, when I walked by some uprooted and broken roots I kept thinking I could smell root beer. Eventually I figured out it was sassafras! I got a hatchet and chopped up enough to boil. With some sugar it was absolutely AMAZING! Fortunately I now know what the trees look like and I have lots of them left so there will be more sassafras tea in my future.

BTW…is sassafras the original “root” used in root beer? The two smell and even taste similar. I’m sure today most root beer is made using some synthetic flavorings, but I wander if original root beer flavoring was sassafras?

That’s some good luck! It was used to make one of many root beers, probably the most popular along with sasparilla and birch. You can also make a nice tea with the leaves, and the dried, powdered leaves are a secret ingredient in gumbo, both for flavor and a little thickening.

Interesting! Don’t let me get too far down the rabbit hole on this great thread about tea, but I saw a documentary on PBS which said that sassafras trees in Asia were becoming extinct because criminals were illegally cutting them to make sassafras oil, which in turn was being used to make MDMA (a party drug). Crazy world.

Oh, yeah! I forgot about that. That actually reminds me of a good point that I feel I ought to make. It has a lot of Safrole in it, which is the chemical precursor to MDMA they are looking for. The reason sassafras is no longer used in commercial root beer is that there was a study (mid-century, I think) that linked safrole consumption in rats to increased cancer risk. The carcinogenic action is pretty darn low, even compared with a lot of stuff that is still considered safe, but the FDA at the time thought it was enough of a concern to make it no longer an allowed ingredient for foodstuffs. So, technically there’s a cancer risk, but as with so many things, the dose makes the poison. I think it’s about like the pawpaw/annonacin thing, where the chemical can be bad for you, but the amount you’re realistically going to consume isn’t really an issue. So, I don’t worry about indulging in a few cups of sassafras tea a year.

Edit: Browsing through this collection, it looks like the root bark has a much higher dose, so long-term frequent ingestion of infusions of the root is probably not a good idea.
https://www.sciencedirect.com/topics/agricultural-and-biological-sciences/sassafras

You are just full of interesting information! I didn’t know any of that. Glad I can enjoy an occassional cup of sassafras tea- I REALLY enjoyed the pot of it I made with those roots . Plus you know there is something a fruit grower is going to love about making a good drink from something growing on my land- just like your obvious interest in growing your own teas. Very cool.

BTW, I don’t know if you’ve seen that thread on here about Paw Paw and its potential health concerns, but you definitely don’t want to open that can of worms again! hahaha

ill have to try that one. i have a small hemlock i planted in the yard .

When I get interested in a subject, I dive deep. Fun fact: sharing interesting facts used to be my primary social skill. You can imagine how popular that made me. Fortunately, I’ve learned to dial that back and mostly only share with appreciative audiences.

Very Funny. And I can relate. There is nothing like explaining to a friend or co-workers why I used Captan instead of Myclo last night based on the type of problem I was seeing on my peaches…or any other detailed fruit growing discussion. haha. At first they get that frightened look like “Oh no, am I going to have to suffer through another fruit growing lecture”. Then they get that glazed over look when they realize they really can’t escape and are going to have to endure this and try to act interested. haha. Like you said, I’ve learned to share with “appreciative audiences”. That explains why I spend so much time blathering on this website. Folks here not only tolerate fruit growing discussions, but sometimes even enjoy them!

BTW, I too tend to deep dive on topics I find an interest in. After you response yesterday telling me about safrole, I spent well over an hour reading about it, the FDA/cancer history and so on. So yea, I like to really get focused on something and get into it and learn more. It’s why I love that one definition of an EXPERT: Someone who knows more and more about less and less. haha I suspect you can relate to that like I can! ha 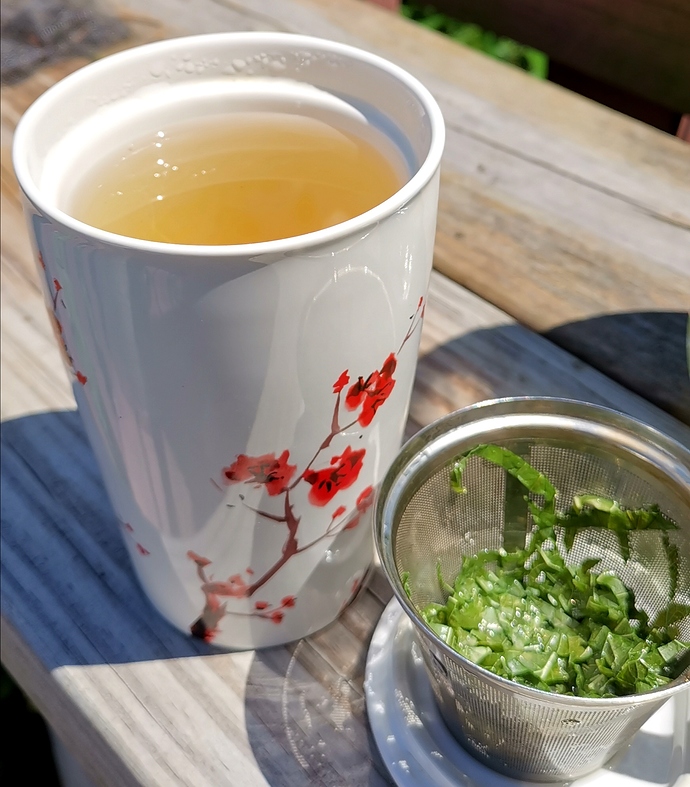 Looks great! This is on my list of things to try, once my bush is more established. 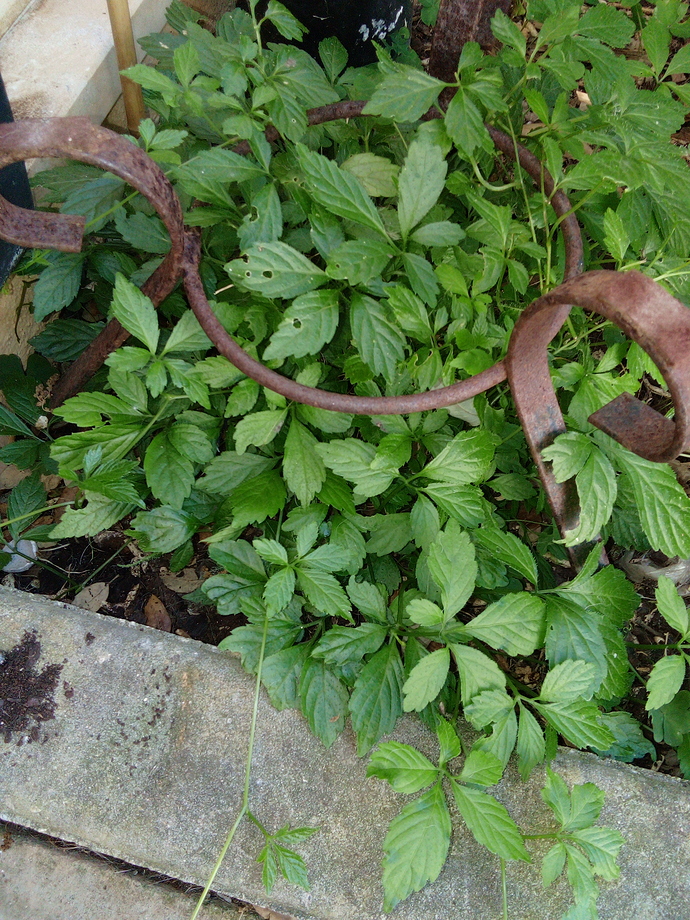 I’m not sure if Osmanthus fragrans has been mentioned; the flowers make a wonderful tea. It’s an evergreen that blooms during the cold months. Hardy through perhaps 7b, it can easily be overwintered inside and will fill up a room with fragrance. Here are some that were blooming in Japan when I visited in October. 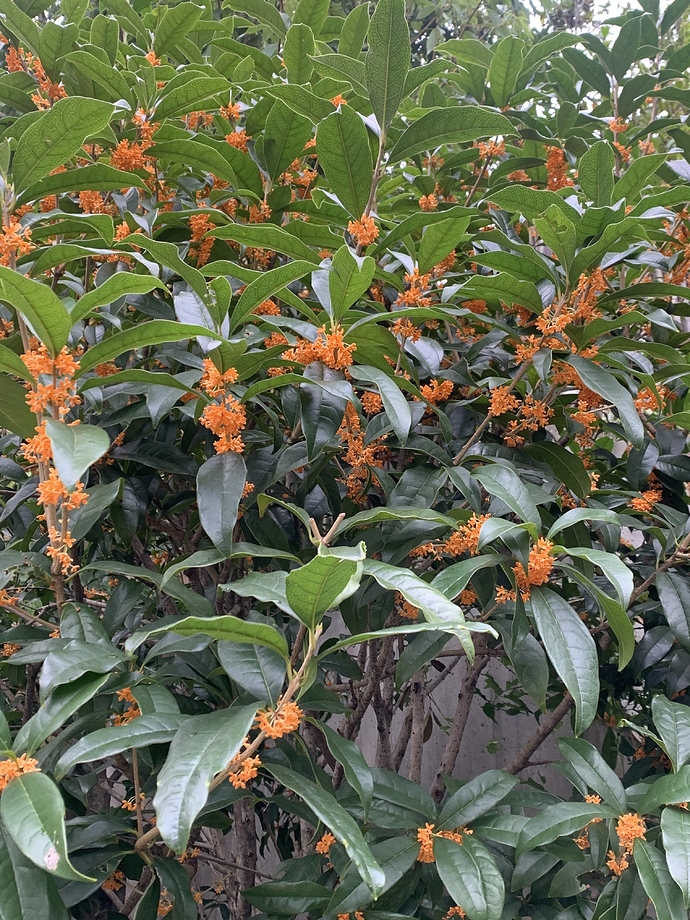 I have some in pots. My flowers are white and yes…for such small flowers they scent is very strong.

This is one of my favorite. The red flower variety is harder to grow than the white flower variety. Did you get chance to try osmanthus wine or desserts?