The fig was not dead it was only sleeping

My fig which appeared dead was only sleeping and finally woke up this week?! 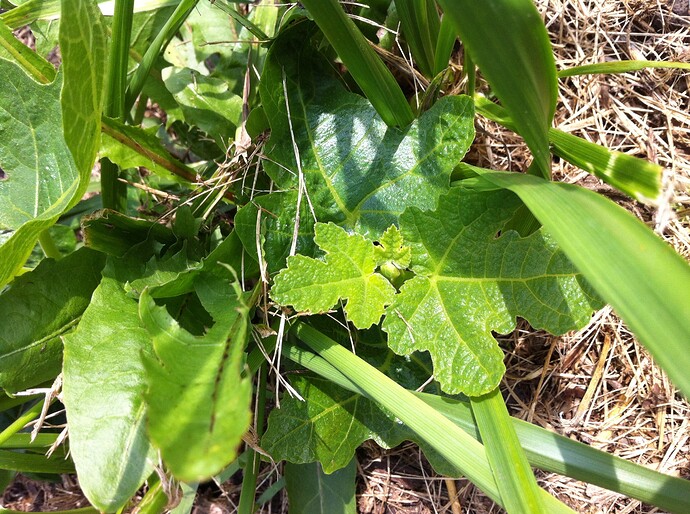 Congratulations. Man, that was one SLEEPY fig!

I was planning to replant something else there just like last year and then it popped up like nothing happened. It comes back from the roots every year in June or July though I’m at a loss as to why.

Clark-- What is the fig variety?

Do you ever get ripe figs from it?

I have not yet but I have a family down the road that harvests figs every year from the same type of fig. I’m a patient man.

Tasted their figs? (The folks down the road). Any good?

I’ve heard conflicting reports on whether Brown Turkey is a good-tasting fig. I suppose one reason for this may be mislabels and the different BT strains that seem to be out there.

Matt,
I wish I had tasted them but they are not sharing.

Hoping my fig will wake up earlier this year since we had a pleasant winter.

Did it get killed to the ground this year, too? It’s roots should be bigger, with more stored energy. That might also help it happen sooner. I don’t know, but sure would be nice. I hope it gives you plenty of fruit to enjoy!

Muddy,
It did get killed to the ground. I’ve got a new plan to get figs as well. I took a bunch of scions from it during winter and will try to graft it on a mulberry. I know its a long shot and the graft would only last a year. If I could top work a grown mulberry it would force 9-10 foot of growth on the fig and I would get boat loads of figs. I know if it could be done someone might have but its worth a try.

If your scions are alive, you could also try rooting some. The next time you cut sticks off before it freezes, you could even start some rooting ahead of time, especially if you have somewhere to keep them warm. That way, by the end of winter you would have a head start with a growing young fig tree or trees.

BT is probably the easiest fig in the world to propagate from cuttings,whether
dormant or green. You’ll have much better success doing it that way, than trying to graft it onto a mulberry.

rayrose can u take a brown turkey cutting and stick it in the grpund like elderberries? I stuck a bunch of elderberry cuttings in the fround and a ton of them are growing like mad!!!

I guess you could, but I always root them in pots. Then I can plant
them wherever I want or give them away.