The half-life of neonicotinoids

If I had to pick a species of native, large forest tree that was to be exterminated, the ash might be my choice. It is not very attractive, lacking beautiful fall color, spring flowers, edible nuts, or sweet sap that can be boiled down to delicious syrup. Its wood produces tool handles and baseball bats. Tool handles were better when they were made with hickory and I don’t play baseball.

Now the loss of the native chestnut- there was a disaster.

Of course, I’m half kidding. Who am I to say what species deserves to exist? We humans move the killer organisms around the globe too quickly for tree species to adapt- they are collateral damage of the expansion of human population and technology.

and I don’t play baseball.

Wow greatest game ever, you missed out.

I used to- one year I played in organized little league, but I so sucked at it I never did after the 5th grade, except during phys ed game time. I did enjoy it then and didn’t suck so much as I got older. However, after 9th grade I left public school for good and any organized sports. Surfing only- and that’s the world’s greatest sport, IMO. But a midwesterner probably wouldn’t understand- although there is a bit of surfing on the great lakes.

but I so sucked at it

Sounds like me and hockey! Everybody plays hockey here. I shot well, just not that good of a skater!

I left public school for good and any organized sports.

I wanted to play in school but my long hair was a problem. Once in college I played IM sports. Nobody cared about my hair there. By then I cut it anyway. In Lansing MI, the city has it’s own softball league, I played IM or city softball for 11 years. I miss that area. It’s at a slower pace than Detroit. Five minutes out of Lansing and your in the corn fields.

Surfing only- and that’s the world’s greatest sport,

Ha! We kite surf here. Well I never did but my 20-30 something friends do. I like to sail, that’s my thing. But I have not gone out in a long time. Lake Huron is not small and you better respect it. Second largest Great lake at over 23,000 square miles. Lake MI is deeper. I see both yearly, almost weekly this time of year. busy there at my cottage this year. It’s kicking my butt!

Just a plug for ash (anyone knows when you take a hard stance for/against anything on this forum) your going to get a push back for exceptions.

That’s what this is.

Our cabinets are made of ash. Beautiful cabinet wood for our house. When I reworked some of the cabinets, ash was hard to find, but a beautiful wood.

Here’s a joke about ash which many may object. I try not to take anything seriously, as I grow older, even jokes about myself. It may be flagged as inappropriate, but I’d laugh if the joke was about me. We all take life too seriously.

Two tall trees, a birch and a beech, were growing in the woods. A small sapling begins to grow between them. The beech says to the birch. Is that a son of a beech, or a son of a birch?

He replies, "It’s neither a son of a beech, nor a son of birch, but the best piece of ash I ever put my pecker into.

OK, that’s crass but I did laugh, when I first read it. Again, most of us take life, and those private things, too seriously.

I don’t take anything, even death very seriously anymore.

Since the ash borer took so many out I had years and years of ash for firewood. It cures very quickly, lights easily yet burns long. I liked it a lot. Plus I think tool handles of ash are better than hickory myself. It has a flex I find useful that is lacking in hickory.

Just a plug for ash

Speaking of Ash, and Neonicotinoids… There is a very large Ash tree on property that’s been in my wife’s family for 5 or more generations. It’s a hike to get to it and I’ve not checked to make sure it’s still alive this year. Hope it is… Last year I basal sprayed Imidacloprid on it, with Pentra-Bark surfactant. It’s so big I’m not sure I used enough, and planned to do so again if it was still alive this year. It’s about 15’ in circumference.

I’m very careful with neonics, but this seemed like an appropriate application. Nothing blooming anywhere close to it so hopefully no harm to honeybees or other beneficials. Anyone have good or bad experience with bark penetrating surfactants and basal application? Any suggestions of better ways to keep this tree alive if EAB hasn’t gotten it yet?

I was told by a environmental scientist that the best way for the earth to dispose of pesticides / fungicides is to pour them on the trunk of a non flowering / fruiting landscaping tree. One of the worst things other than spraying them on flowering plants is dumping it down the drain. As a side note He thought the best thing to do with herbicides is to go pour them on the floor of the corporations that make them.

The only thing that I know that seems to work is the injection method. I keep waiting for the research to come out with something better but so far, nothing. I am glad just the pouring around the base has worked, so far. I am never sure if that is as effective as the direct injection method. It is expensive but I have 6 huge ash trees I would hate to lose surrounding my house.

When I researched this a few years ago, effective treatments were rather expensive. Imidacloprid wasn’t labeled for basal application, but was at least reasonably priced. It and Dinotefuran are labeled for soil drench and direct injection. The location of this tree makes soil drench not practical, so I decided to try the basal spray method. We’ll see… Thanks.

I was told by a environmental scientist that the best way for the earth to dispose of pesticides / fungicides is to pour them on the trunk of a non flowering / fruiting landscaping tree.

That is surprising because it is well known and taught to all licensed sprayers that pesticides break down much faster when exposed to warmth and sun and to never pour out any excess spray into the soil (where it would run from the trunk) because it is much more likely to reach the protection of cool sub-soil where it breaks down much slower and is more likely to contaminate ground water.

The advice is to respray the trees until the tank is empty. To dispose of old pesticides, commercial sprayers and homeowners need to give them to collection programs run by state governments.

Old, unused pesticides are collected by government agencies because dumping old pesticides carelessly is dangerous- every poison has it’s own chemistry and must be disposed of with an understanding of this.

If you have his or her e-mail, send your environmental scientist this. I suspect you may have misunderstood what the scientist was saying- perhaps it was a joke.

Incidentally, I imagine that the heads of corporations that make pesticides would say the best way to punish someone for dumping herbicides in the office of a business that manufactures them would be to sentence them to a number of years pulling weeds in cornfields in the hot sun.

The organic farms around here cannot survive without migrant labor because most people are not willing to do the brutal work that these chemicals replace. Not many living in an ivory tower would understand this.

Very well said Alan, excellent and not rude or condescending as so many know it alls insist on being when this subject comes up. Nice to see some integrity and well thought out posts on the subject, rather refreshing and insightful for a change. 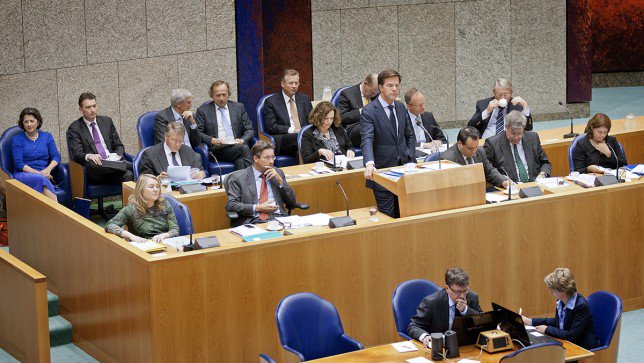 The Netherlands has just become the latest country, following Russia, Mexico, and many others, to say no to Monsanto. The sale and use of glyphosate-based herbicides (the most commonly used herbicides in the world) has just been banned for... 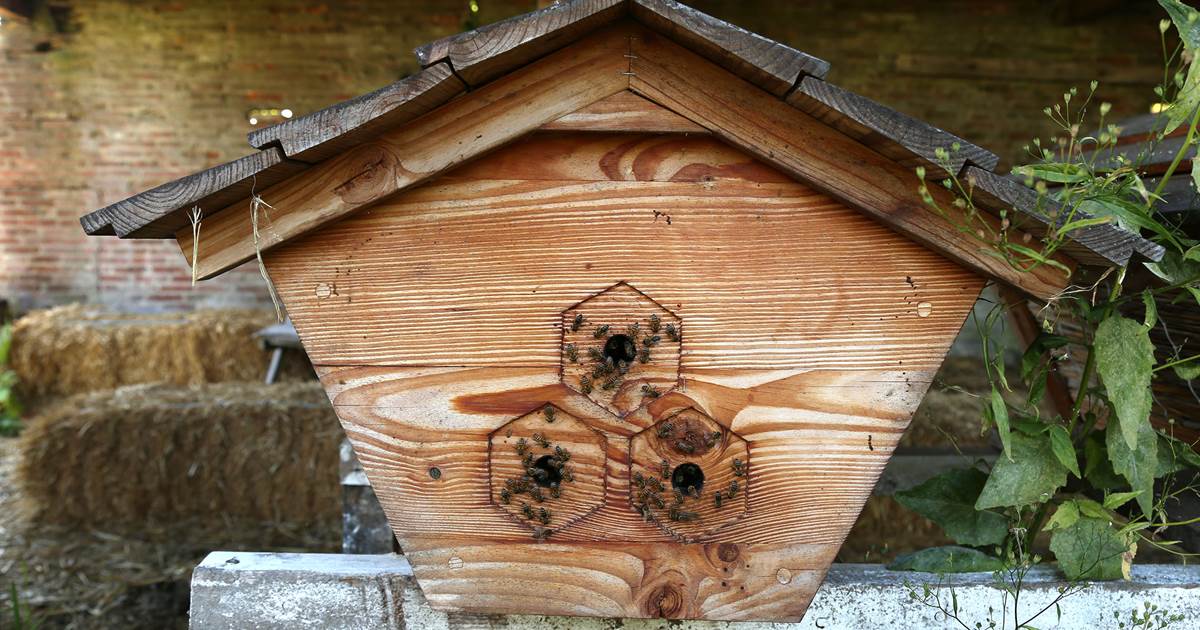 Bees are dying at an alarming rate. Amsterdam may have the answer.

Alarm bells are sounding globally over the disappearance of pollinators, but the Dutch capital has proved to be a success story.

I’m taking this to the lounge

I was tempted to try imidacloprid, but it wasn’t labelled for basal application, so I ended up using dinotefuran with Agri-fos and Pentra Bark. The effects were almost immediate - most of the honeydew dripping on the scale infested tree stopped in matter of days. Unfortunately, a month after the application, I’m once again seeing an ant trail (albeit substantially less) going after the honeydew secreted by the scales. I’m not sure if the pesticide is wearing off or it has yet to reach the extremities of the 2-story tall tree. I’m contemplating to finish off the drastically reduced infestation with bugs. Not sure when it’s safe to do so???

Wow! Any clue on dinotefuran? It’s half life is only 2.3 days in soil when exposed to the elements. But if applied systemically, I wonder how long it will stay active in a tree? I basal sprayed it to a tree a month ago - it took out most of the scale infestation. Unfortunately, I’m now seeing an ant trail once again, chowing on the honeydew secreted by the scales! Does that mean the dinotefuran is wearing off and it’s now safe to unleash the bugs (Green Lacewings and Purple Beetle) to finish off the job?

You really can’t determine the legitimacy of any argument if you only hear one side. The Netherlands have not banned Roundup as far as I can tell, not in its main use of commercial agriculture- so it’s more a political charade than a meaningful ban.

My question is if Roundup is so detrimental to ones health why do the people who regularly do the application of the stuff not have a much higher rate of cancer?

I really don’t have an ax to grind here- I’m a legal pesticide applicator but never use any herbicides. I don’t even like the idea of them except that they make economic sense and reduce the amount of land humans need to grow food. That is the crux of the issue for me- reducing the human tax on wilderness. Any reduction in productivity means less land left alone to the other inhabitants on this planet, many of whom require wilderness to even survive. Mankind is the most important species to me, but I don’t see why we have a right to crowd out so much else.

i use herbicides sparingly, at minimal amounts to get the job done. maybe once a summer i use it along my mulched rows. i have a concentrate i bought 4 yrs. ago and the gal. is still half full . i use mulch to keep out the weeds but they sometimes move into the edges of the mulch which is when i use it if used responsibly i think it causes minimal problems in the landscape.

Mankind is the most important species to me, but I don’t see why we have a right to crowd out so much else

I agree, sometimes, as I age, I wonder why we have such a need to control everything around us. Barring the need to feed the world of course.