If you have a loved one with hard core ADHD you’ll probably sympathize with this.

What does it mean having ADHD? Well as a child the part of your brain that handles impulse control is not as active as it should be. Those are the kids that can’t stay still and run around as if they were overdosing on caffeine. As an adult? You just can’t get your brain to focus on basic things, and at the same time you get the super power to hyper focus on other things, most of the time unrelated to what you should be working on. Case in point when I started my weekend I had a mile long to-do list and nowhere in it was building a three tier terrace with railroad ties in my forest, while fighting the vegetation, roots, mosquitoes, and the heat. Sometimes when you get a bout of ADHD-hyper-focus you may as well say fudge it and roll with it. 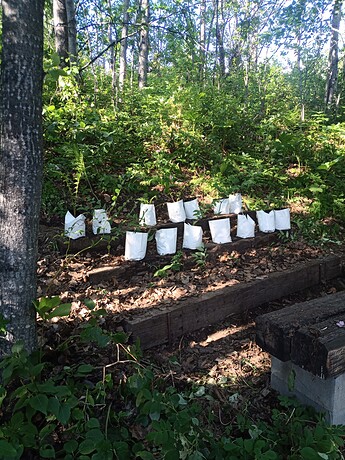 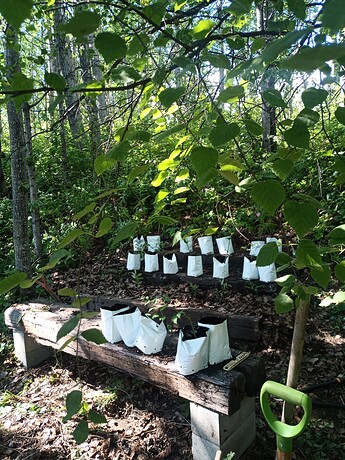 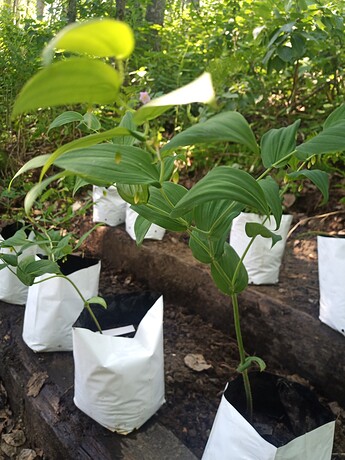 I have ADHD. today I was meant to build the frame to hinge to the hoophouse and instead I planted a ton of the remaining starts, watermelon, weeded a patch and cleaned the work area on the back porch and fertilized the corn patch

that’s all either stuff that could be done any time or didn’t need doing, until I noticed

I think we have bad object permanence from what I’ve been told. we only realize things exist while we’re looking right at em! if you look away you’re going to think about the thing you see, not the thing you were trying to get done. plus so many, too many ideas and not enough hours in a day

where did you get the railroad ties? they look great

Tell me about it… So on one hand I get into waaaaay too many things, on the other when faced with all of them at once (such as when I need to get productive and get things out of the way) it all becomes a blur. One of my coping mechanisms is not to worry and to hit them hard; basically as long as I am making progress I count it as a win. It can be less efficient (dropping a task because I got busy on another one) and at the end of the day you see less progress, but the alternative (brain freeze, working on yet another task that does nothing for the problems at hand) is worse.

If there are trains anywhere near you there are people selling railroad ties. The train companies get rid of them by the thousands, which get bought by resellers all the time. Check out FB marketplace and CL.

I have ADHD. Luckily my husband knew what he was getting into and generally instead of being frustrated, has helped me finish garden projects and developed coping mechanisms of his own. My kids are now trained to come tell me what time it is about every half hour because I hyperfocus in the garden. One hour in the garden os apparently the same as four hours outside of the garden. I wear a watch so I can see the time instead of checking the time on my phone and getting lost in it. Yesterday, when I was pruning bushes into oblivion for hours instead of planting all of the starts that are dying, it became a team game to finish it. I am very lucky (My bushes can’t say the same.).

I really appreciate how creative we people with ADHD are. Your work looks fantastic!

Edit: Clearly I need to work on the watch thing. I saw this post because I am lost in my phone while checking the time…

New ones that leach creosote are extremely toxic. Old ones like this that are even cracking from age and you can’t even smell them on a hot day are fairly inert. Specially if you use them in the forest and not in a garden bed.

My dad built a retaining wall from them about 25 years ago and it hasn’t budged. A big wall, like 8 feet tall at the top and 50 feet long.

As Paraselsus posited in the 1500’s the dose makes the poison. Even water and oxygen can be toxic to the human body, it all depends on how and how much is absorbed. Heck right not you have deadly chemical substances in your kitchen and yet you are as likely to get harmed by them as I am from weathered railroad ties on a forested area.

Yep, chlorine and flouride in the drinking water is more toxic than very old cross ties. (Do you use municipal water to water your garden?)

Do you filter it before putting on the garden? ((I didn’t think so.))

I would be building a wall using them, using blocks, ties, and mud and daub. I’m working on a fruit wall for my olives and another for figs

@Nan my partner has it too, so we are both used to chaos at this point. we’ve lasted 13 years now with nobody steering the ship

@resonanteye what’s a fruit wall? Do you have pictures?

I would be building a wall using them, using blocks, ties, and mud and daub. I’m working on a fruit wall for my olives and another for figs

I’m doing a gabion wall on an area I want to expand my berry bushes into. You can buy pre made gabion forms to fill with rocks, I’m looking at making my own.

With my soil being 60% rocks I have accumulated a surplus of them so this will actually let me get rid of that unseemly pile.

Good idea.
Or, you could use mortar and do a stone retaining wall.

I’m building mine from ecobricks, plastic compressed in bottles that I’ve been working on- mixed with cinder block, rebar to hold it then mud and daub. I’m building a curvy zigzag behind where they are planted.

here’s a good explanation of what they are 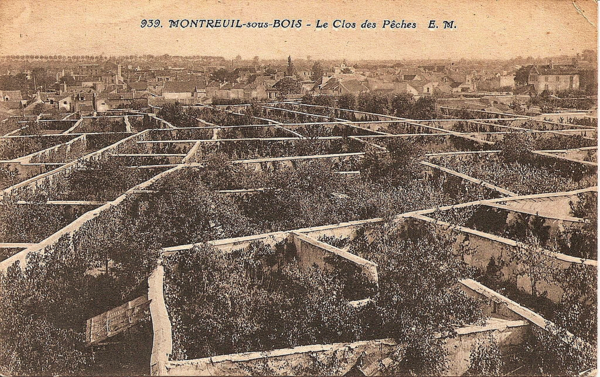 We are being told to eat local and seasonal food, either because other crops have been tranported over long distances, or because they are grown in energy-intensive greenhouses. But it wasn't always like that. From the sixteenth to the twentieth...

ecobricks, I’ve been making these a while and have a handful done and more on the way. 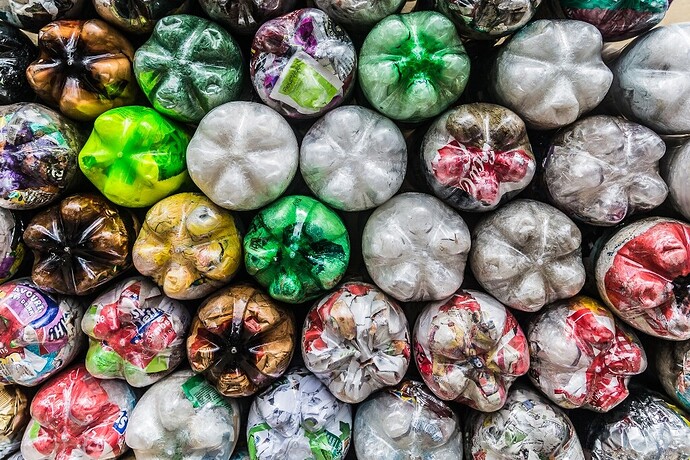 How to make an EcoBrick: The first step in eliminating non-recyclable waste...

We’ve already discussed how you can Rethink the Bag, find alternatives to disposable plastic products and the dangers caused by single-use plastic. But what can you do about the plastic that is already in your life, or the items you are unable to...

I’m very broke so anything I can reuse is good

Good idea.
Or, you could use mortar and do a stone retaining wall.

The problem is that the rock sizes are all over the place, from large to grapefruit size to gravel and down to sand.

I have been letting my overactive ADHD brain toss the idea around and what I can do is line the inner side of the gabion retaining wall with a pocket of landscape fabric, that way I can fill it with gravel/sand and use the rocks on the visible side. Heck it will end up denser and still look the part.

We really love this idea. We are going to try it. Will post photos.