Does anyone here have much success growing tomatillos? If so, please share with me your wisdom.

Three-lined potato beetles have destroyed my plants just about every year I’ve tried to grow them. Last year I grew a potted plant on my deck that survived, but the fruit never matured to a desirable size.

I grew them one year, tons of fruit. Grow similar to tomato. Tall cages, 8 foot or so. Work the ground deep. Plant two or three varieties together in the same hole. Mulch and set your cage. Then tie the growth to the cage as it grows. Full sun.

I feel like tomatillos are very dependent on what pests are around. They’ll grow just about anywhere (often, even if you don’t want them to!) and they seem to do better with less fertilization. What I’ve found, though, is in some spots there are just certain pests that won’t let you grow them. I had a community garden plot where I had to give up on tomatillos because every year like clockwork, 90% of the fruits would be rendered unusable by tomato worms. If you want to try again, I mostly agree with @Masbustelo 's advice, except I think they do better planted singly rather than multiples to a hole, and a medium size standard tomato cage is fine.

I’ve found the young plants to be the most sensitive to potato beetles. I keep young plants in pots by the back door to hand pick beetles and remove eggs. Usually by the time they are a foot tall they are growing faster than the beetles can do damage here. The volunteers where I don’t pick beetles do not usually size up well.

I find they do better in the ground for me, perhaps due to more consistent soil moisture. I will keep a low tunnel over them if I’ve transplanted and it is still cool. I have also found that varieties very significantly in size of fruit, so you may need to find one that works well in your area. Purple varieties have been less vigorous for me.

They have been mostly ignored by our voracious deer, rabbits and ground hogs.

I grow them every year - and find them much more forgiving than tomatoes!
This year, on a whim, I bought 6" pot transplants on May 10th and planted them directly in the garden. I figured they were beyond the potato beetle damage size. However, I was sure my cool spring would stall them out. Surprisingly they are already about 3’ tall and have a few balloons. (In past years the reseeded ones were quite late germinating and would fruit only a month before frost.)
At the time of purchase I thought the name ‘Toma Verde’ was generic, but I see that Johnny’s Selected Seeds labels them as early. 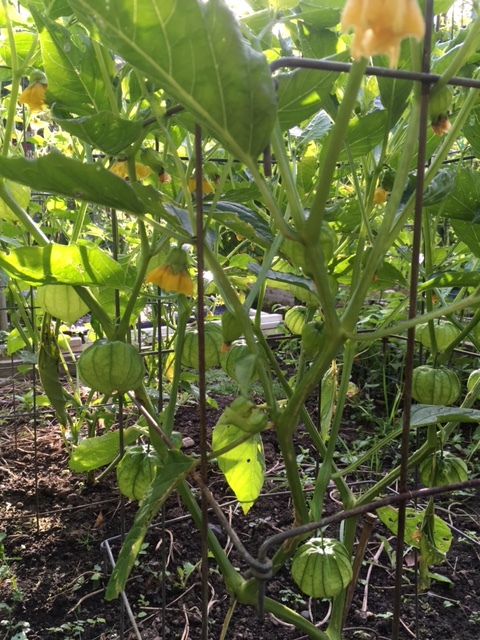 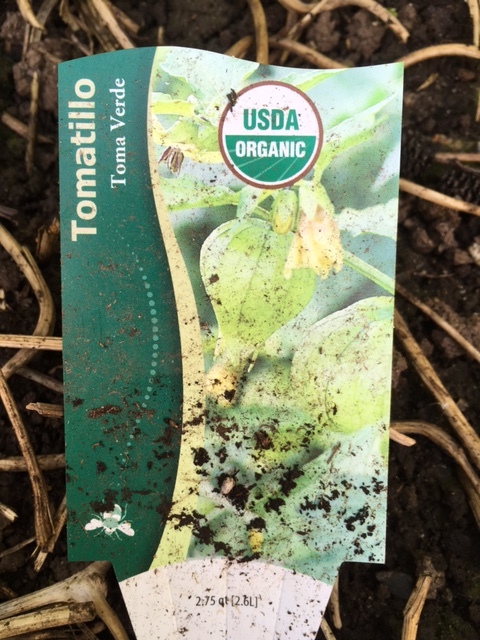 related to them, my ground cherries grow very well here. the bugs dont touch them. i have 6 cape gooseberry i started indoors in march growing in pots in my greenhouse right now theyre about 18in. they havent flowered yet but the ground cherries are. neither are touched by bugs or disease.

Make sure you grow more than one. They need pollen from another plant. Doesn’t matter if closely related, so that may be an issue if just growing one plant. You could try Captain Jack’s Dead Bug Brew for the beetles. And organic insecticide that works well on beetles. If you don’t mind short lived chemicals Eight will offer the best protection, or Sevin, and many others. Luckily I have never seen those beetles here.

In my area they quite vigorously and we’re generally less susceptible to the mildew or leaf spot/blight and wilt diseases more common around here. The biggest issue was insect damage, particularly the aforementioned potato beetle. However, I would not call that a deal breaker at all (like slugs and broccoli are in my garden) as with only a modicum of effort on my part (soaps and knocking off egg masses) their vigor mostly over came the insect damage.

I am of no help for you because we must be in tomatillo heaven here. They grow insane, you have to water them but that’s about it. If I grow one plant it still bears plenty here, more than I need. Without fail they end up all over the place and then I have volunteer tomatillos for years afterwards.

ground cherries are like that here. plant 1 and you have them forever.