They seem healthy but none are straight. 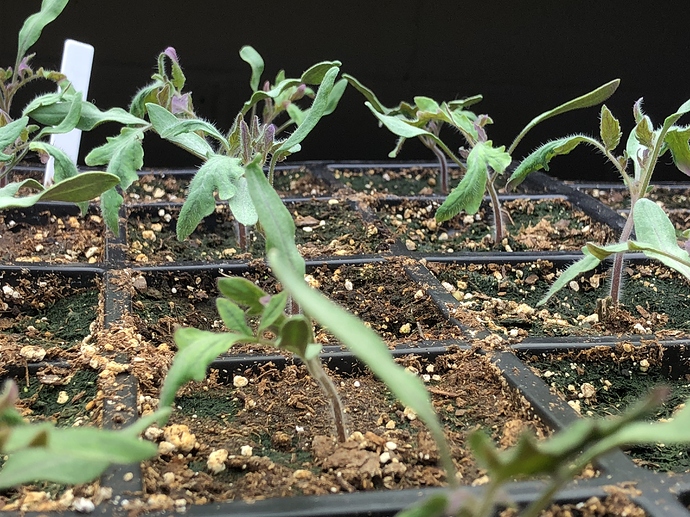 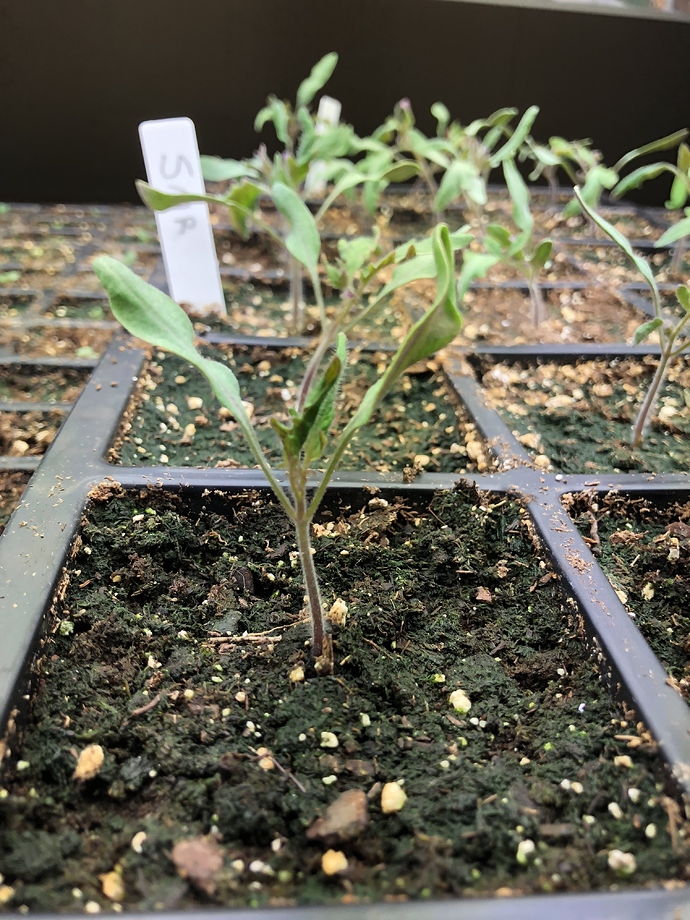 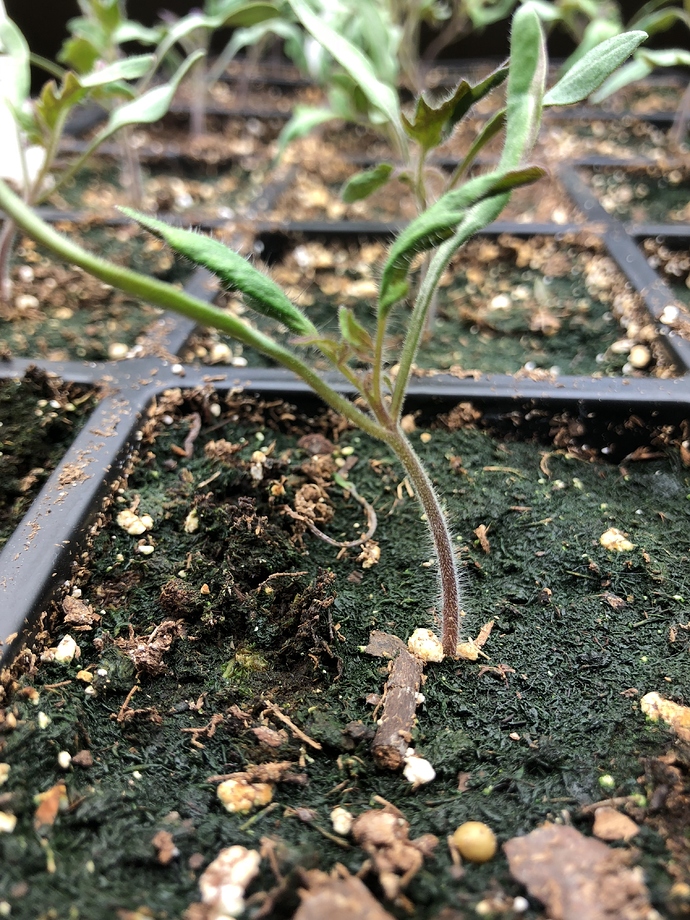 Light levels are 3000 foot candles…so it’s not that.

The wispy almost wilted ones in the back are Opalka…which I understand looks like that.

The medium in some of the cells looks saturated?

I would up pot and bury them up to or even past the cotyledons.

I just watered them ten minutes earlier. They were very dry.

I would still up pot with dry medium and bury them deep. When watering they need very little, never saturate. What soiless mix are you using?

I did an experiment tonight where I dug a couple up, and replanted deeper in the cell, pressing the medium up against them, and forcing them straight in the process (plus they will root along the buried stem). If in a few days they seem to be ok and staying straight, I’ll do the rest.

I used Miracle Gro seed starter - not the best, I know.

does it have fertilizer in it?

Miracle grow is ok but for young seedlings i don’t use mixes with ferts already in them although I do not think that is an issue for you. What type of lights do you use?

purple stems indicate temperatures a tad low. Leaf color suggests they are not getting enough light. Can you get the lights closer to the plants? Tomato seedlings should be within 2 inches of fluorescent lights to grow properly. Also, if they can be put in direct sunlight an hour a day and gradually increasing until they are in full sunlight all day, they will look better and grow faster.

Also, the green algae growing on the tops of the cells says they are overwatered. Cut back on the water until the plants wilt just a tad, then give them a good watering. This is critically important to growing healthy tomato seedlings!

If I go any closer to the lights, they actually get less light because they end up in between the individual tubes. Furthermore, the ambient temperature in that room is in the low to mid 60s, but the temperature 3 inches under the light is close to 90.

When I grew my onions, they didn’t seem to mind the light at all. Nice, sturdy plants. As far as watering, I’m concerned about under watering, because when I grew the onions, the media would be moist in the morning, and I come home from work to wilted plants. It seems like they go from “too wet” to “too dry” very very quickly.

Because of trees and the orientation of my house, there is nowhere in my house where they can really get full sunlight.

60 and wet is freezing to a tomato. Tape a thermal mylar blanket to each side to warm the soil or put it onto a heating pad.

He said under the lights it is more like 90 which is totally believable.
@BG1977
I’ve not worked with the medium you are using but by the look of the top of the soil it seems the small particles have formed a mat which can happen with some media when you top water often. This plus the algae means the roots can be starved for air at some point. So with your current setup, consider roughing up the top layer a little with a fork and then water from the bottom.

If you are concerned about them drying out to quickly over watering is not the answer. I would put them in a bigger cell tray or a 4 inch plastic pot or equivalent. Spraying a mixture of water and H2o2 will kill off any green fungus on the tops of your pots. How long are you leaving lights on?

They ARE in four inch pots! I have only watered from the top once, bottom the other times, and I do let it dry between waterings. My main mistake was germinating in the cells - I had to water more to keep the seeds, which were near the surface, moist. I should have germinated then transplanted. That’s when the algae took hold. I have lightly cultivated the surface but the algae just comes back unless it’s totally dry.

I had to water more to keep the seeds, which were near the surface, moist.

If I might suggest one other thing…after sowing, cover lightly with a clear plastic bag for about 4- 7 days to retain moisture w/o needing to water. When sprouts appear, uncover.