What do I do with this chipmunk it is been caught red handed but is tangled in my garden net, what should I do with him as I don’t want to touch him 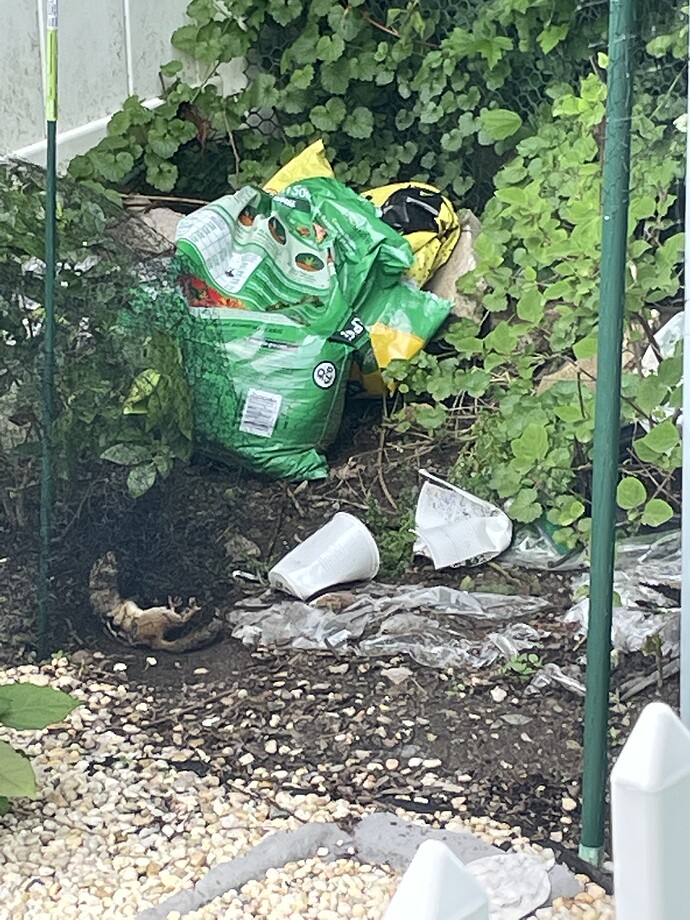 I assume you don’t wish to kill him? If so, your only option is put on some heavy gloves and carefully cut him out of the netting—or find someone who’s willing to do so. If you leave him as he is, he’s going to die a slow, miserable death.

Yes I don’t want him to die, I hope he learned the lesson. I don’t really want to get close because he may have disease, is there a good chance he will hop me once he’s free

If you can find some heavy leather gloves and are careful, you should be fine. I doubt he will attack you post-release. Is there any sort of wildlife rescue organization near you? Sometimes, they’ll help with stuff like this. Alternately, maybe local animal control?

Alright I’ll see but I need to get him out. Do these climb stems of trees I was afraid he went to to my cherries before the blueberries

Sure. They’re pretty fair climbers. They prefer the ground, but climb when they want to escape predators—or get food.

The stem is like 0.75-1 inchdiameter can they still climb that

I’m no ground squirrel expert, but I’d think it probable.

Ok, I hope I can still eat the fruit, I don’t want chipmunk saliva but I guess non bit fruit is safe

I think you’ll be okay. Again, no expert—but I understand that small rodents rarely carry rabies. I would think the greatest risk of disease from them would be from the fleas and ticks they carry—and, if you wash up and check for ticks after coming near him, I think you’ll most likely be fine here, too.

Thick leather gloves and small very sharp scissors. I would cut birds out of netting. That is why I never bought the cheap black plastic netting again! You will have to pick it up.

If a clean herbivore bothers you that much never ever ever look up what is permissible on the food you get at the super market.

Don’t look forward to doing so but I’ll definitely try when I get a chance, hopefully in under an hour

I promise you that the minute that little fellow feels like he can escape he’ll take off! But if you grip him he will certainly try to bite.

Heavy gloves, yes. Then hold one corner or edge of the netting down with your foot, hold another corner or edge down with one hand, and with scissors nip the plastic away until he is free and watch him scoot!.

He’ll be back in five minutes if he thinks there’s a meal in it and he’s hungry.

Can put him in a bucket with a lid and drive him somewhere.

That tends to be a worse outcome than killing them. Meaty furry things are prayed upon by many other creatures, the only reason they survive is because they know their environment; safe places, safe routes, where is food, where is water, where the sneaky cats roam, etc. Studies on relocated critters put their survival rate abysmally low, more likely at the end of a painful starvation period.

If you don’t want it do the humane thing and kill it, don’t make it suffer like that.

I think I’ll just let him free, hopefully a lesson learned for him

Also this is the tree I was talking about, specifically the thickest stem stretching to the top