Any exposed soil looks like this right now. It’s nuts. Even putting Preen down didn’t help much. 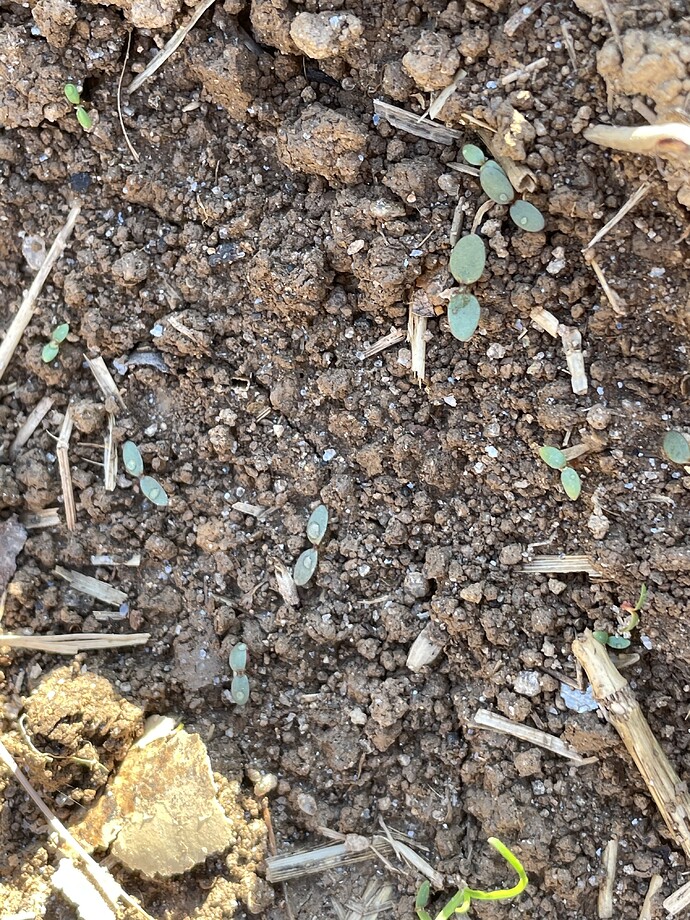 If PREEN is 99% effective, it simply means
if you have 10,000 weeds, you would have had a MILLION if you hadn’t used Preen!

Even where there’s 2 inches of shredded leaf mulch from last fall I have 1 million weeds popping up. 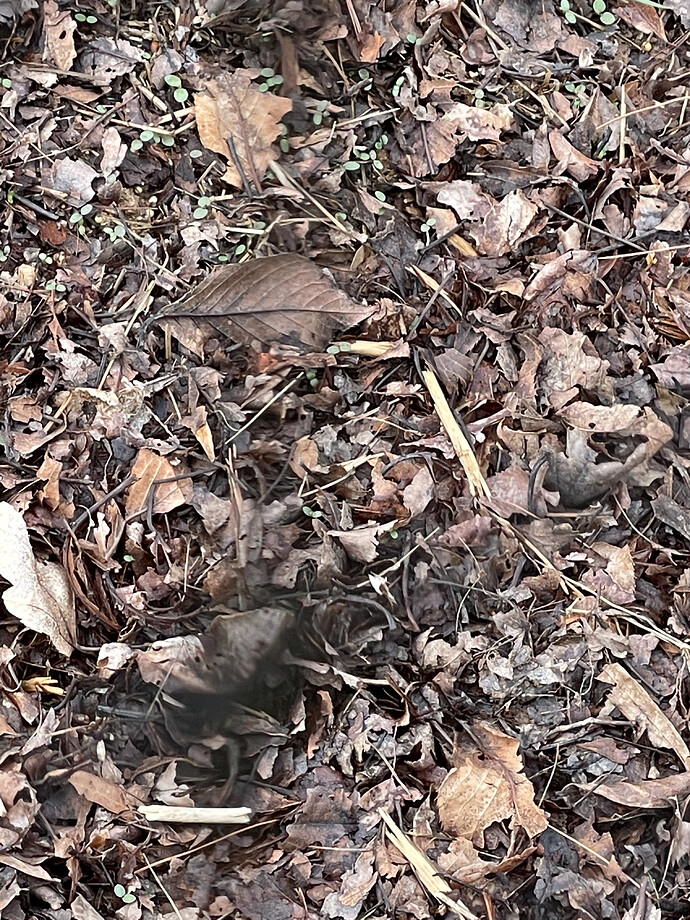 It is amazing how easily they can proliferate. I had a 5 yard pile of compost that was covered with a tarp for all but probably two or three days last year and there are seedlings in almost every pot I filled with that compost this spring.

I can’t keep up with them.

Preen doesn’t seem to do much.

Roundup works but it’s dangerous near desirable plants, unless there is zero wind, which NEVER happens here in spring.

You could just let acceptance wash over you and embrace them.

Last time I did that, I couldn’t even find my onion plants.

By straw do you mean hay? Straw (at least around me) has no seed but hay is full of it. At least that’s the way it is supposed to work, who knows anymore…

Acceptance is the answer to all my problems today.

All I can see in some perennial beds are onion plants - not the ones I want!

My experience with using Hay for mulch, is you have to put down a new fairly deep layer every 6 months to keep stuff from sprouting and looking ugly thru it.

Putting down a deep fresh layer in the fall… holds it pretty well until mid spring… another good layer then keep it good thru summer months.

If you just do it once, . 8 months later there will be stuff sprouting up thru it. for a while, you can just pull what ever it is up and lay it on top… but eventually you are going to have to put another thick layer on.

PS… after 6-8 months with Hay… about 50% of your layer will have turned in to very nice compost feeding what ever you have growing nicely.

You just have to keep laying it down to keep the weeds down and keep building your soil.

My 90’ long bed is looking pretty good now, and I have 10 bales of hay, and some pine straw I am going to layer it with hopefully this weekend, if the weather will coop.

Hay mulched bed… I composted several of my trees and bushes yesterday… will cover all of that with new hay and some pine straw soon.