What causes this in blackberries?

I have this condition affect some of my blackberries. Anybody know what the cause is? 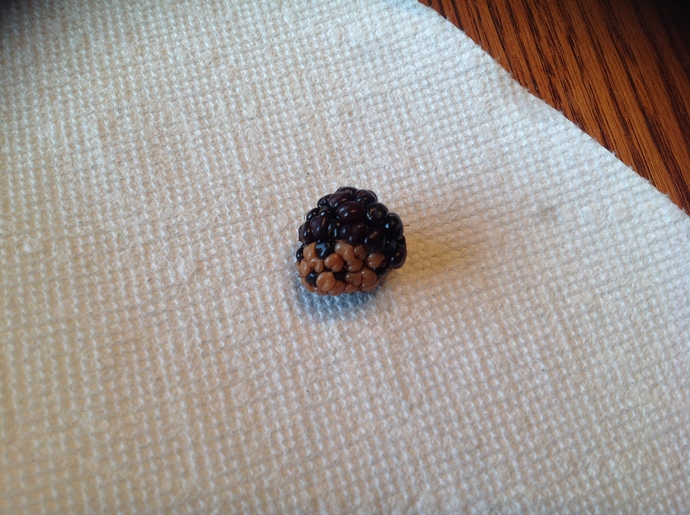 That is caused by high temperatures.

White drupelet disorder. My Kiowas get it pretty badly at times. Still the best blackberry I ever grew.

Specifically, UV (ultraviolet) component of sunlight, although it is commonly referred to as “heat damage”. To date, the mechanism of the pigment loss is unexplained. Many caneberry varieties are affected, lesser damage for Logan and red raspberry, have not seen any in black raspberry.

Well I have some 40% shade cloth that I dont currently have in use maybe I will try hanging that over a portion and see if it helps much. I have alot of berries yet to ripen. Thanks for the comments.

Yeah! I have that on some trailing blackberries and I was going to post the same question.
I never figured it to be a disease or anything.

Apache gets it among the worst I’ve grown.

Usually occurs in red-phase berries, although in very susceptible varieties can occur even in green stage. It is considered a “disorder” rather than a disease.

Apache gets it among the worst I’ve grown

Usually occurs in red-phase berries, although in very susceptible varieties can occur even in green stage. It is considered a “disorder” rather than a disease.

I did notice it a bit on green berries as well. I could very well have the Apache variety as my starter plants were a gift from a friend who had a planting of them but didnt remember the variety for sure. I will likely plant a couple of other varieties over the coming years. Very productive and healthy plants, just this disorder that is a negative.

The berry you picture, doesn’t look much like an Apache berry. Most Apache berries are HUGE and they are sort of longish. It’s possible that’s just a small Apache berry though.

There are other berries which get white druplet, just that I’ve found Apache to be the worst. My Navahos get them and they are a smaller berry, like the one pictured.