What is this cute little red-fleshed apple? (Maiden Blush mislabel?)

Picked up this interesting specimen at a market in Napa, California. It claimed to be “Maiden Blush” (not Maiden’s Blush) but that doesn’t seem to match any of the several descriptions I found online for it. The texture was mealy so it’s not at the top of my to-grow list but I love red-fleshed apples so I’d enjoy identifying it. Notes: a little smaller than a standard apple but not crabby at all, very very juicy, delicious sweet/tart flavor, with interesting notes of both muscat and caramel. The other specimen I ate tasted similarly but had an even redder and more streaky interior than the one in this picture. A very pretty apple. Curious if it would escape the poor texture if picked earlier! 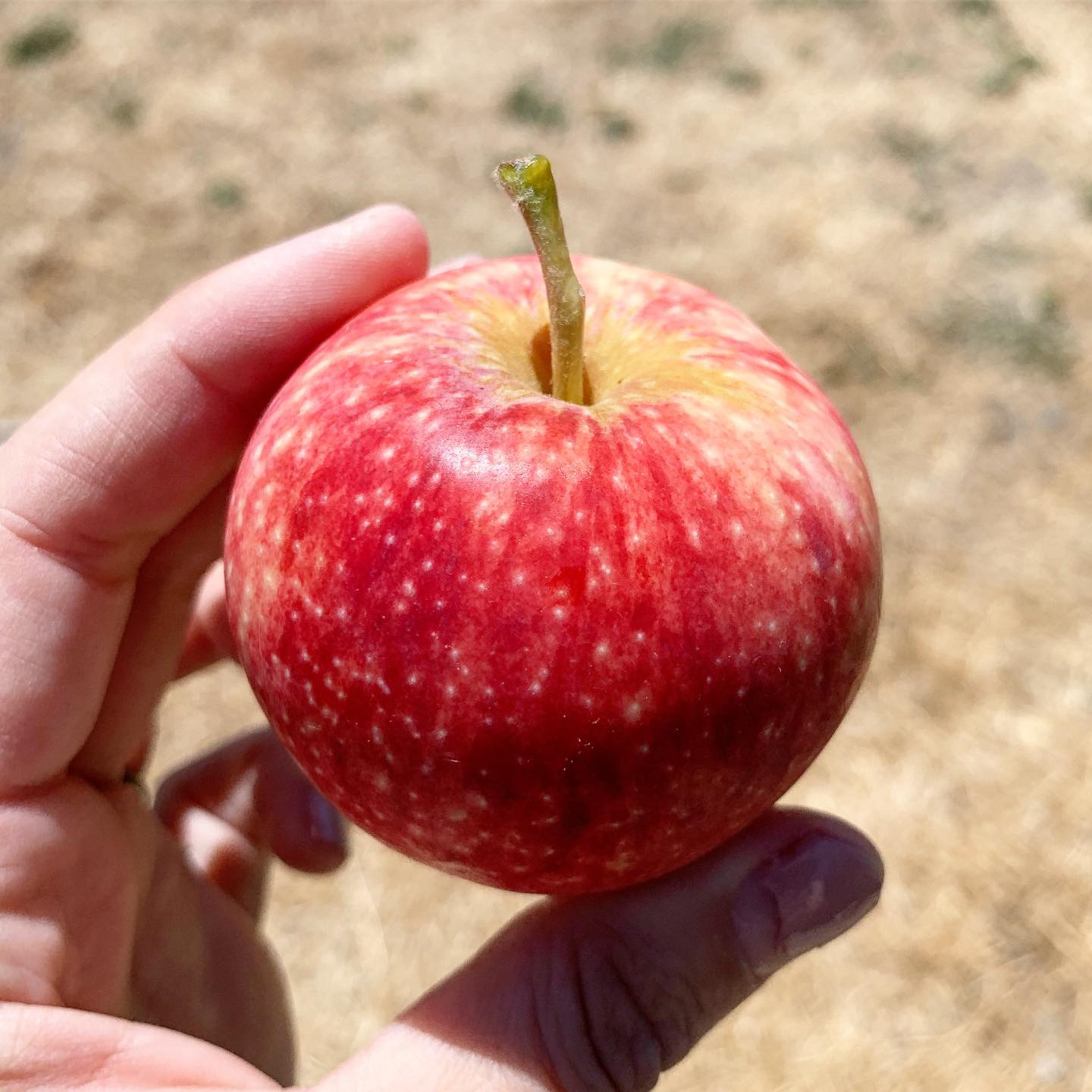 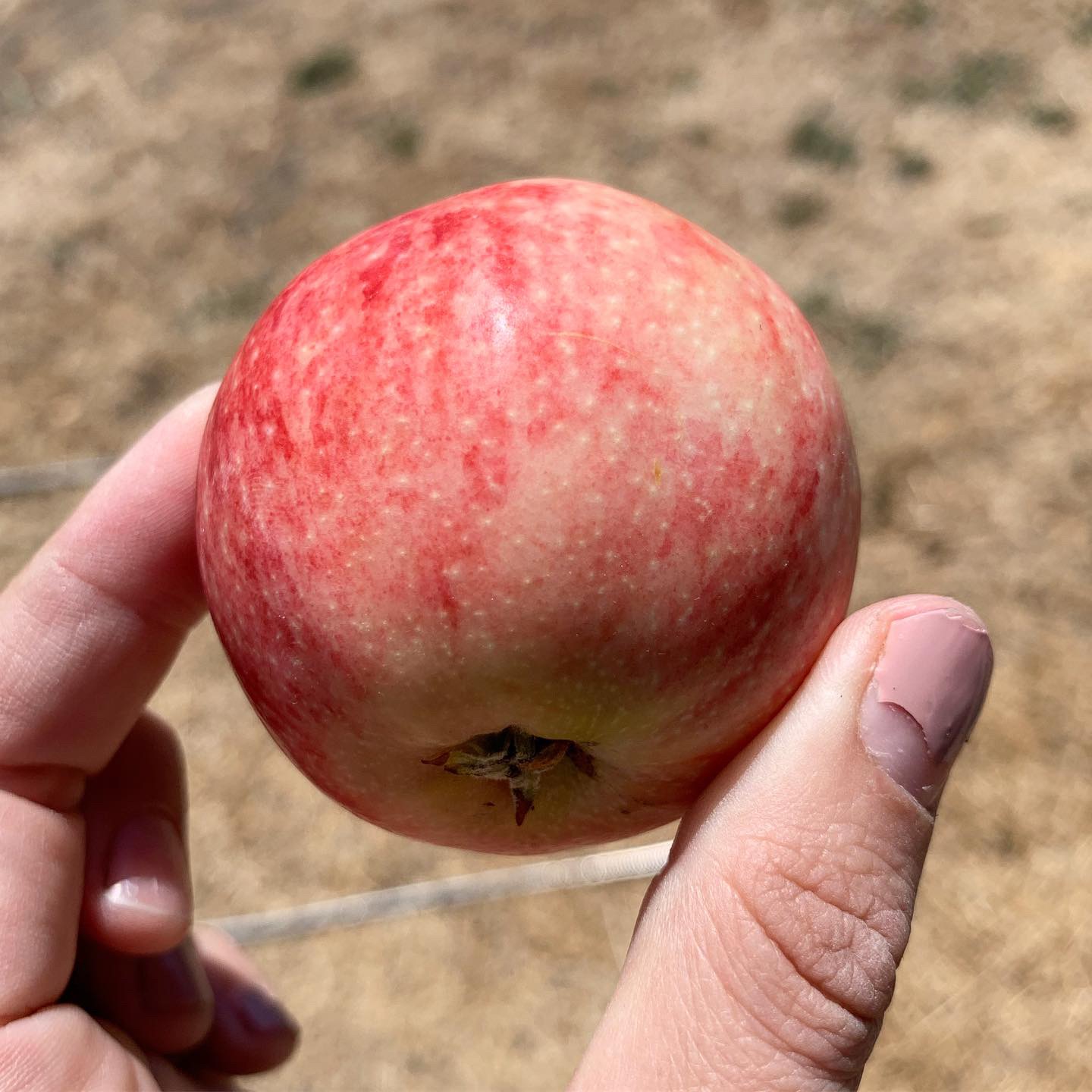 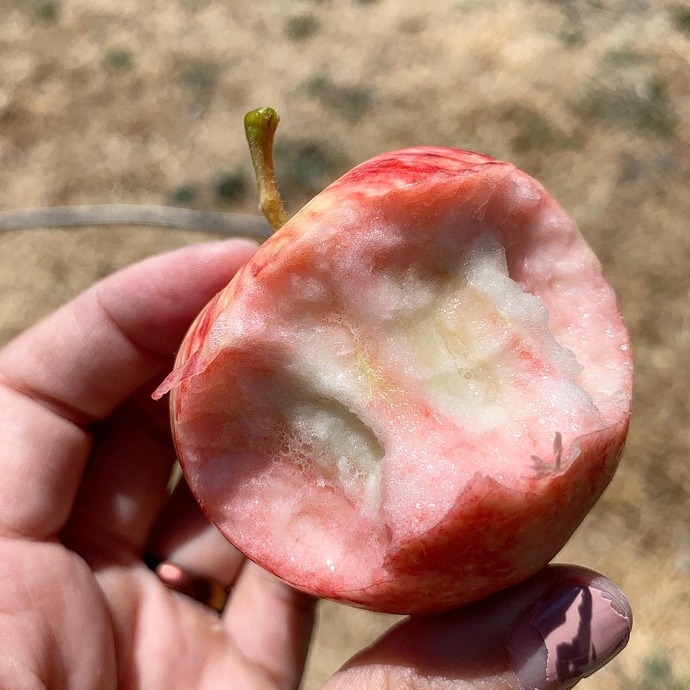 I’d say that’s likely a Strawberry Parfait (NJ46). Mine are nearly ripe, and I’m nearby but in a somewhat cooler area (Point Reyes). They’re generally soft, but I wouldn’t describe them as mealy when picked at the right time. They’re tasty enough, especially right off the tree, that I don’t mind the texture. They also make a good light pink apple sauce.

My own Strawberry Parfait apples are ripening now. They’re really good this year. Picked as soon as any green on the apple (usually the blossom end) turns white, they’re juicy and have the texture of a pear. The flavor is lovely.

Allowed to ripen further on the tree, they’ll turn deep red and become even sweeter, but the texture suffers and ends up dryer and mealy.