What’s growing on your Frankentree?

My original project started out to be one pear tree with a few fireblight resistant pear varieties grafted onto it. The rootstock is a volunteer Callery seedling from my back yard. 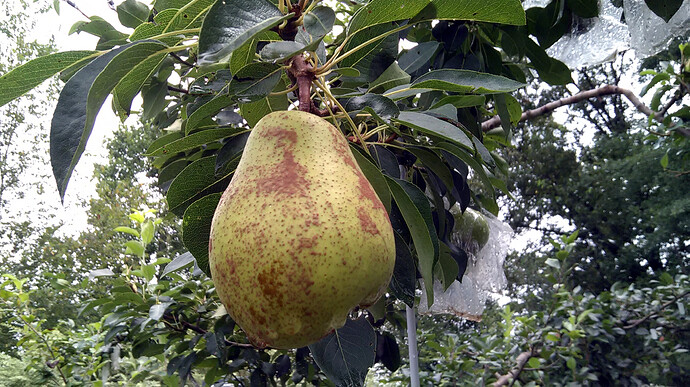 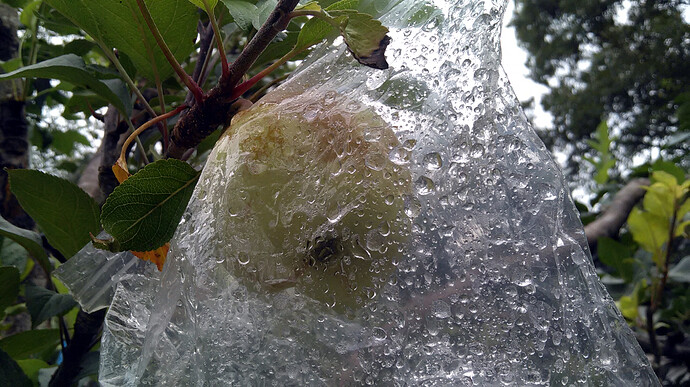 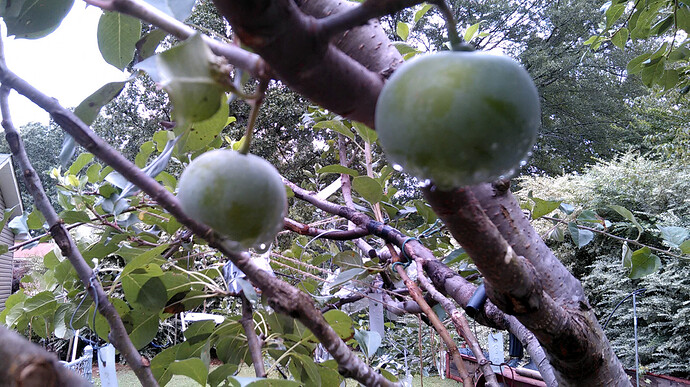 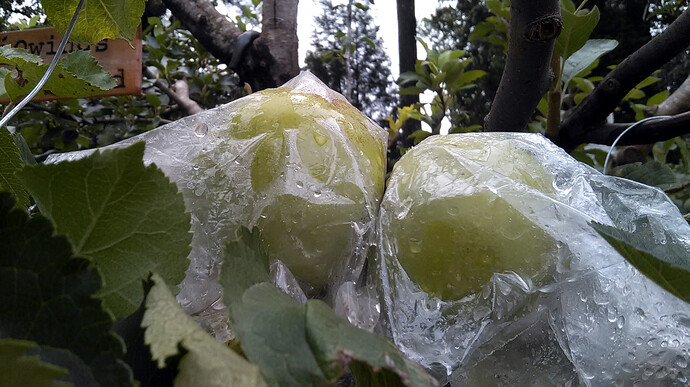 That’s SOME project you have going! When did you start?

Muddy. I guess it started shortly after I transplanted the seedling which was about 6-7 years ago. I don’t have a total number for the tree. Whenever I get a new apple or pear I try to figure out a way to graft it. It has taken on a life of it’s on. When my Grands come over they all want to see it, Bill

That’s like a piece made quilt of orchard memories. Very, very cool way to keep a pantry of backup scion wood and literally build a memory.

Amazing! What a bloom it must have - and all the different fruits ripening. A Fruit Nerd’s Nerdvana Tree.

What a bloom it must have

It is not as colorful as you might think. Adding a few flowering crabs could make for more contrast.

cool way to keep a pantry of backup scion wood

Your so right. Some of the grafts started out as a backup scion source.

I have a Red Anjou with Seckel, Ayers, Magness, Chojuro, Shinseiki, Hardy Giant, and Raja. My Enterpruse has Goldrush, Pristine, Victoria Limbertwig, Bl. Limbertwig, and Sweet 16. A couple other trees have an extra branch here and there too, it’s fun!

Auburn, do you use an interstem for th apples?

do you use an interstem for th apples?

With some of the apples I use interstems but I mostly test the apple scions directly on different pear varieties. It is fun to see which ones will grow. I’m hesitant to list specifics due to later incompatibilities. My longest pear/apple is going on 5 years and it does not have a Winter Banana interstem as most might think. If you google it most sites will only mention Winter Banana as an interstem. It’s fun and I mostly only have one tree devoted to this many grafts. Good Luck, Bill

Adding a few flowering crabs could make for more contrast.

Yeah, that would be something. Once I take down the top section of my large (probable) N. Spy apple and I can manage it I think that will be my first graft testing arena. Some crab for great pollen is like insurance. I may go that way.

Thanks to ampersand for asking about grafting apples onto pears. I had heard they were incompatible unless a winter banana interstem was used.

Thanks to Auburn for his response. Hopefully in a few more years he will be confident of what else might make a good interstem cultivar.

I have a largish callery and a fistful of random pear scion, so I’m going to make my first frankentree.

Any recommendations on what kinda of limbs I should look at replacing? Vertical or horizontal? Higher or lower? I don’t want to top work it.

I would graft onto limbs that already have wide angles and at a height that you prefer.

Some of the best long term looking grafts are those I grafted onto sprouts I let grow out after bark grafting the first spring.

I added nine more apple varieties to my Frankentree. The apples from previous grafts are about to bloom so it will be interesting to see the different pear and apple blooms on the same tree.

Bill: when you have so many varieties on one tree, how much space on the tree does one variety get? Do you prune it so they all keep to a similar size? Or do you let your favorites have more space on the tree?
I can imagine pruning being manageable up to say 5 varieties. But beyond that isn’t it hard to manage the tree? Or is that something that comes with experience?

how much space on the tree does one variety get?

I don’t have a set amount of space for each variety but the scions are separated. This project started out with plans for four-five disease resistant pears but it just continues to grow in numbers. I’m getting to a point where space allotment is starting to be important.