What’s growing on your Frankentree?

Other than entertainment value I have found a practical side of have several different pear and apple varieties on the same limb/tree. They bloom over an extremely long period of time so if early cold weather gets one there are several others that will bloom soon. Having a dependable crop is not bad and you don’t have to be so concerned with heavy water sprouts growing from the lack of fruit to slow them down. Right now I have almost marble size Orient and Kieffer pears and my Ayers and Moonglow are just starting to bloom. Looks like several of the apples will also bloom but most of these appear to be going to bloom with and a little later than the pears.
001 20170401 Korean Giant has only one cluster 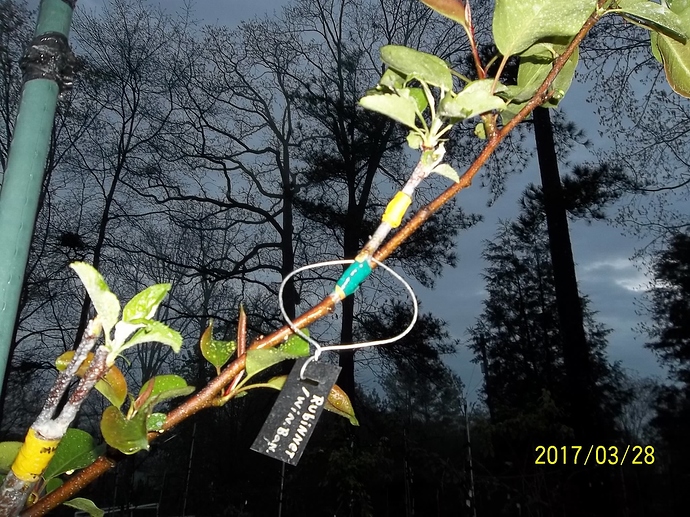 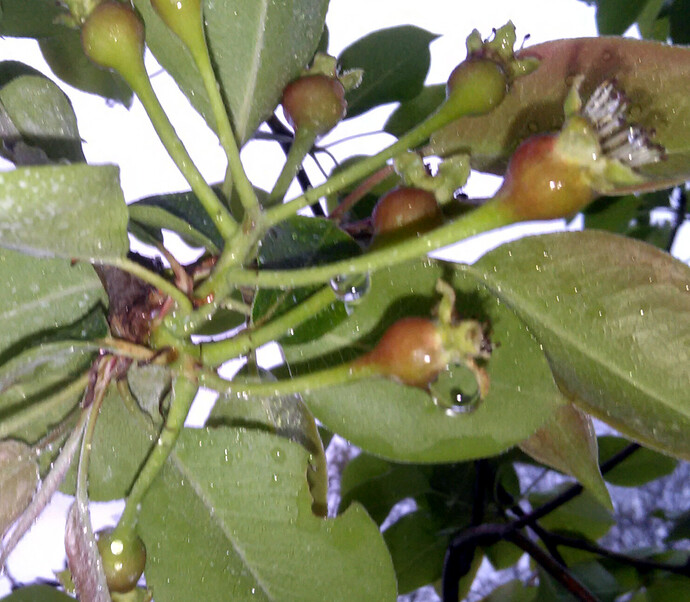 I have two apple trees with multiple grafts, I keep these large trees as nurse trees incase I loose some of my apple trees on single stock. I also graft higher up to increase some varieties chances to withstand the winters.