What type of worm is this?

This worm looks unusual anyone know what type it is? 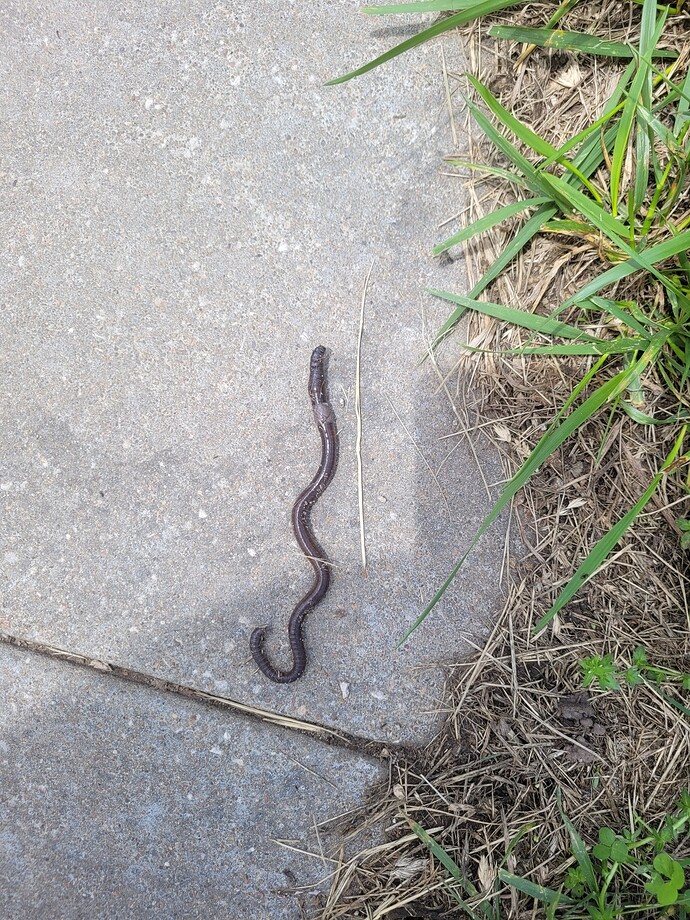 Could it be a Jumping worm? Was the band near its head white?

I think it’s possible but I’m surprised to see one in this area. We don’t import mulch or compost. It was very large.

The video in the article will help you determine the worm right away. Hope it is not because these worms are bad news.

If you bought a potted plant…form anywhere…you may have gotten the excitable earthworms (jumping worms).

I should have added…‘if someone gave you a free one’ or traded.

No I have not brought in anything at all unless they can hide in scion wood lol. Maybe a neighbor did.

You did mention a large worm…night crawler?
(The jumping kind are normal or smaller than normal … at least the ones I’ve seen in Central Kentucky are.)

He did not act like a nightcrawler he brought his head up in a very unusual way and his coloring seems more gray not red or pink. Normally i see gray worms in river banks which are called stink worms. They are not that strong. He was not jumping like shown in the video.

Then you may not yet have the invasive foreigner. In crowded neighborhoods and small lots…if one neighbor has them, all will soon enough.

The band looks raised and if so it’s not a jumper.

Yes the band was raised. It does really make me wonder what it was.