Thanks for the info about jujube’s. Looks like I need to find some rootstock. If planted in ground, do all jujubes sucker?

not many folks have planted domesticated jujus from cuttings, or from random seeds(those other than wild-type jujus), so hard to tell. And if any, the specimens are probably still young. Although evidently, per forestandfarm’s experience, tigertooth is a reliable option.

Our li’s and hj’s(cuttings) have pushed little growth and seriously doubt they’d be suckering anytime soon considering their laggard existence.

I have found few varieties sold on their own roots. Tigertooth is the only one I have so far. My older tigertooth trees in the field do sucker a little, but they don’t seem to sucker as much as wild (sour) jujube rootstock which tends to thicket if you don’t keep the area mowed. With wild (sour) rootstock, you will not typically get quality fruit.

Last winter I dug up a few sprouts from my Tigertooth and planted them in rootmaker containers. Most but not all survived. A number of them flourished. I will probably give those that did not thrive one more growing season in containers before transplanting them to the field.

I’ve tried lime cuttings, and had no success whatsoever. Tried most methods but couldn’t get any success.

From what Just Fruits and Exotics told me, they propagate jujubes by rooting, not just Tigertooth. They did say that they don’t get a great take rate though (softwood cuttings in summer put under mist). Here is a 5 year old So, with a ~3ft tall sucker in the front left. It doesn’t produce too many though- just 4 so far and they have all been in the last 1.5 years (none at all in years 1-3). The one time you want suckers and they don’t make that many.

I’m adding a Honey Jar and a Sugar Cane from them next spring.

Note that I’m 3/4 through with picking, so what you see on the tree is just the stragglers. 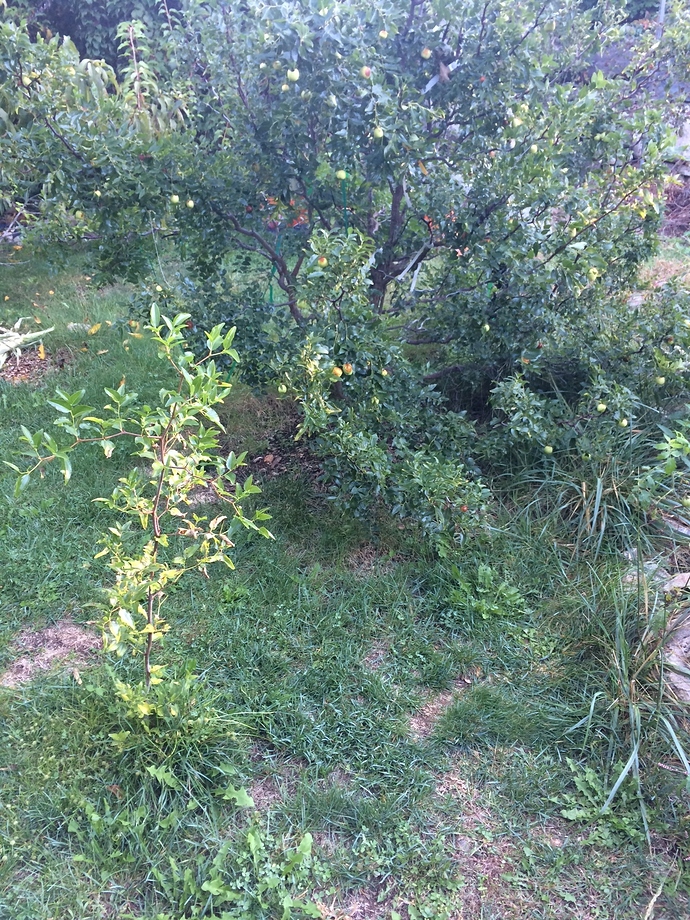 I should add that when I harvested some persimmon suckers this spring, the response from the plant was to send up a bunch more suckers from the same spot. Some are pretty large, in the 5+’ range. Hopefully the So does the same thing next year.

You can tell the sucker from the main tree, as the sucker is Virginia, with dull leaves, while the tree is Tam Kam, a Kaki, with shiny leaves. 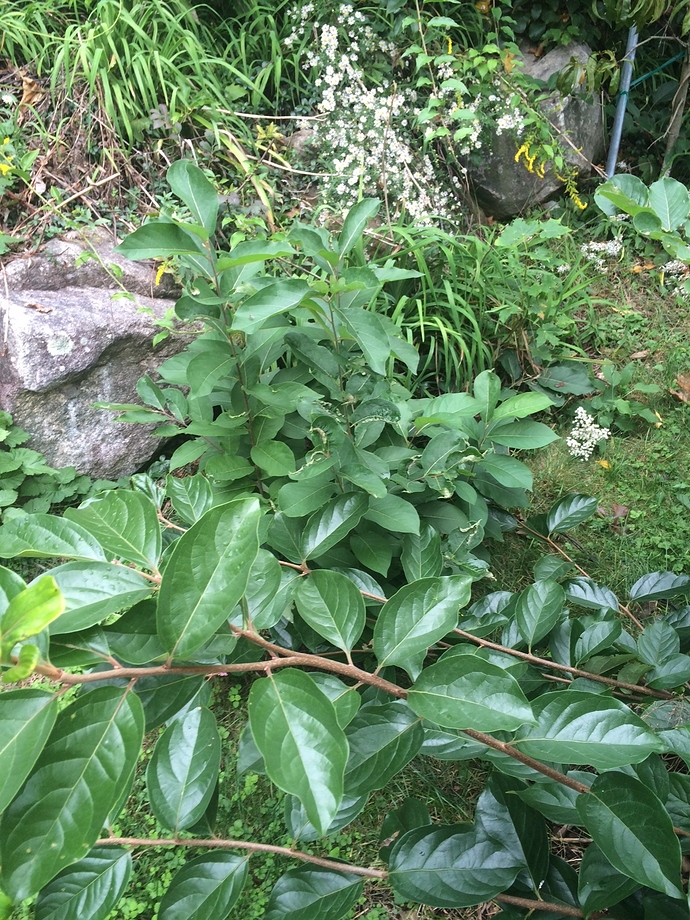 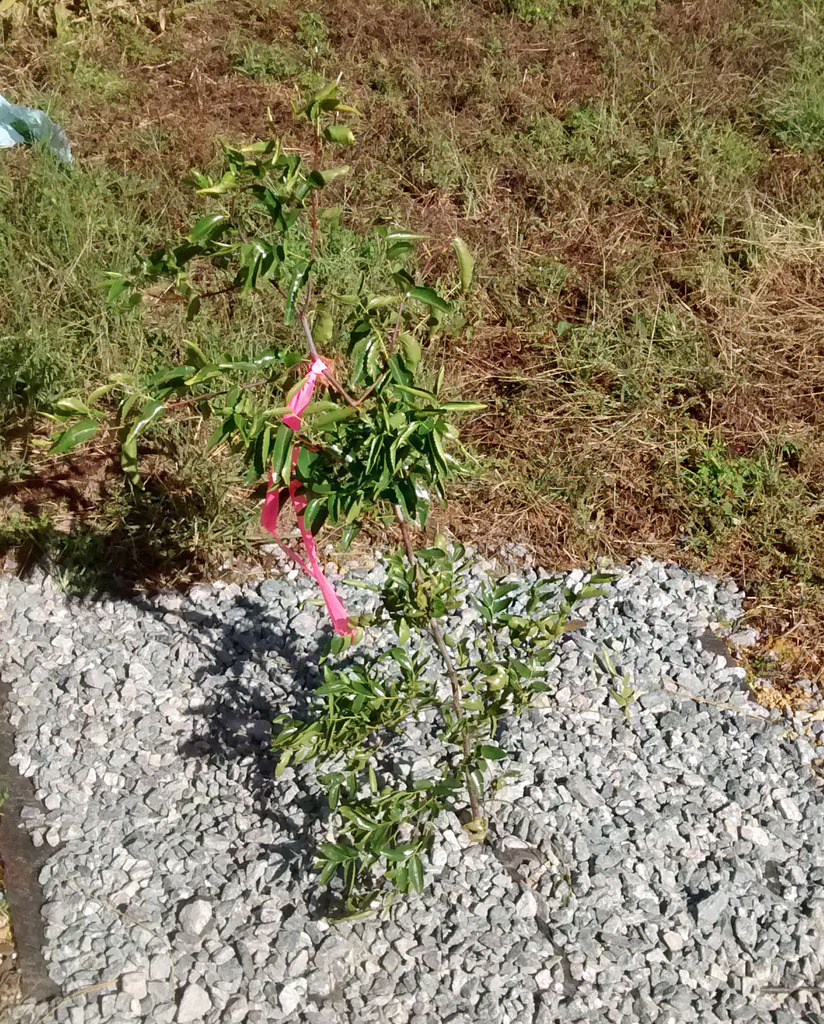 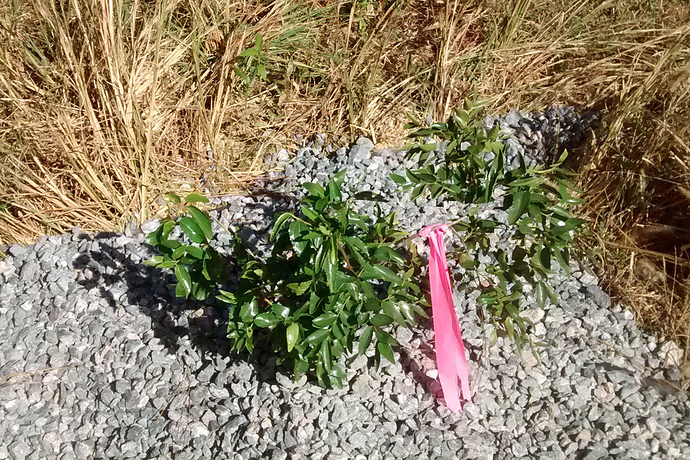 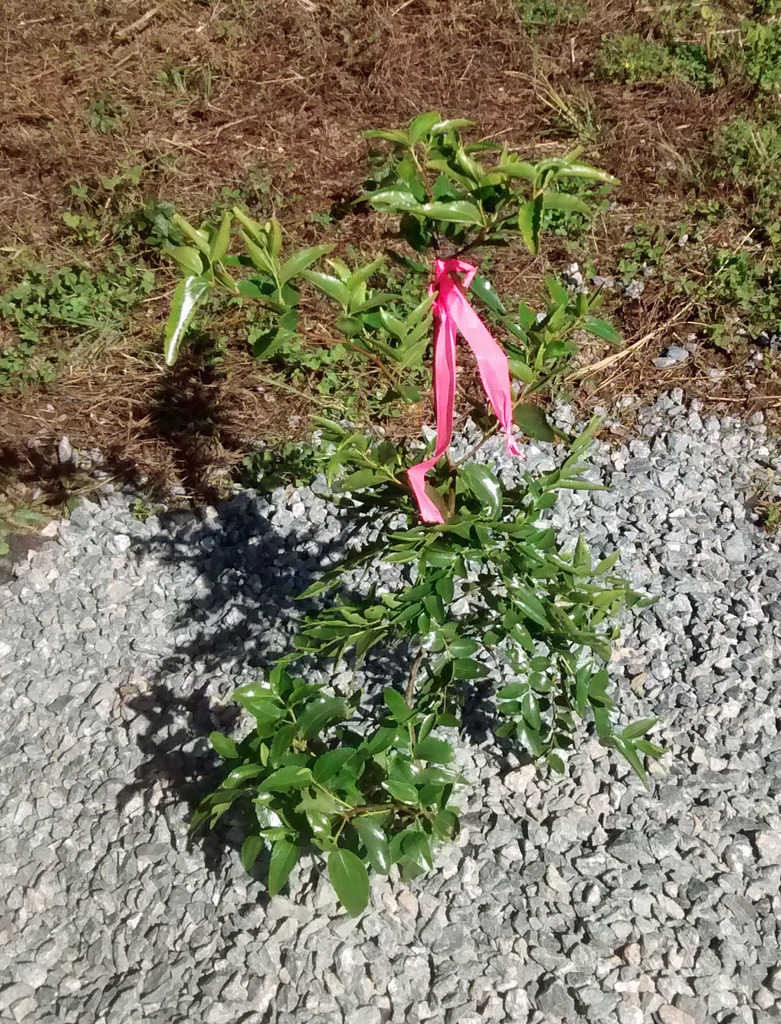 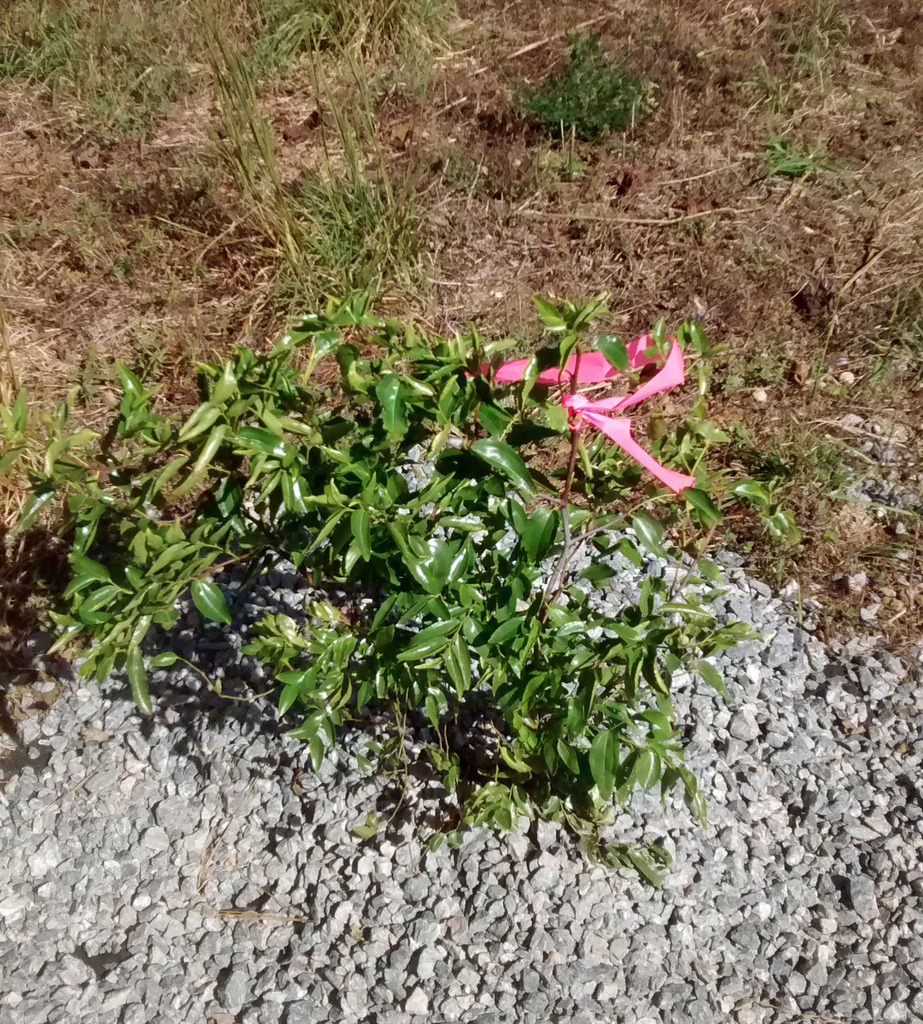 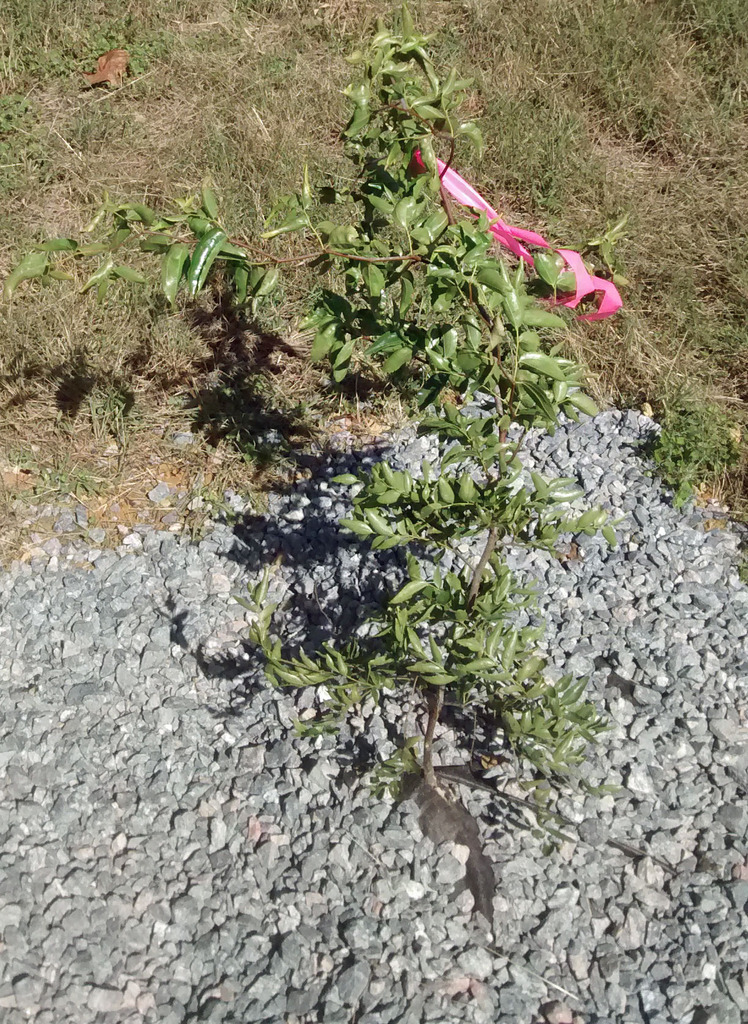 Yes, it is funny that my only fruiting trees are the ones growing in containers (must not like my soils) but the fruit from root cuttings is exactly the same as the tigertooth fruit on their webpage.

That was a great new. So my 4 Tigertooths were true to the mother tree.

Of what I’ve tried:
Easy: Currant (including red, black, and white), gooseberry, elderberry (a bit tougher than the first two…)

Harder, but some success: Grapes (though not dormant muscadines), figs, hardy kiwi

Jostaberry are easy and with a fog box,I’ve done Blueberry,Honeyberry,Blackberry,Autumn Olive and Chilean Guava. Brady

What’d you do to successfully root peach? Also, what percentage were successful?

I scarred the side of a hardwood cutting, dipped it in rooting hormone, and placed it in a loose potting soil mix within a humidity dome – a two liter bottle with the bottom cut off. I got one out of six to root. Variety was Gold Dust. I think air-layering peaches is a lot easier than rooting cuttings, though.

Last year I bought a cheap terrarium, now in use as fog box. Very successful for softwood cuttings
Air humidity is automatically controlled via sensor, it works great! 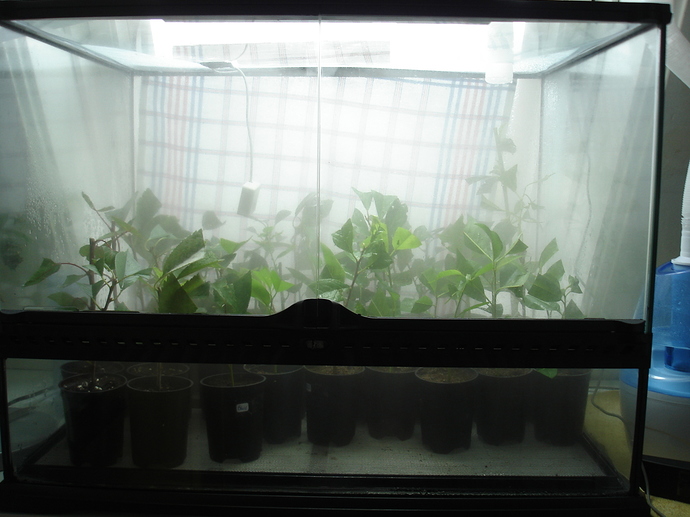 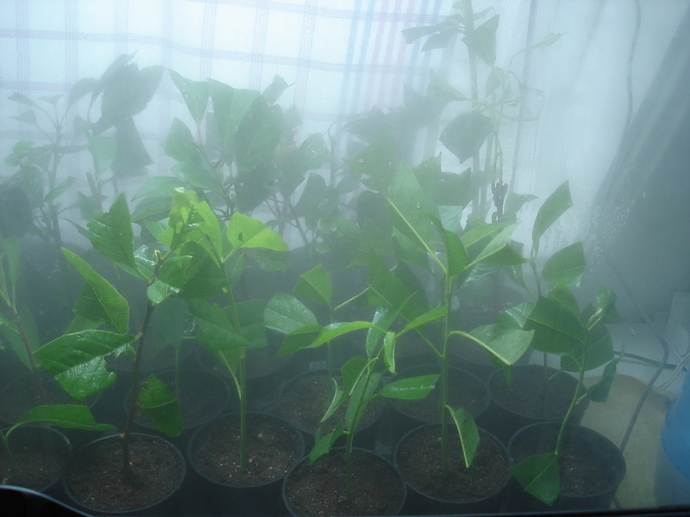 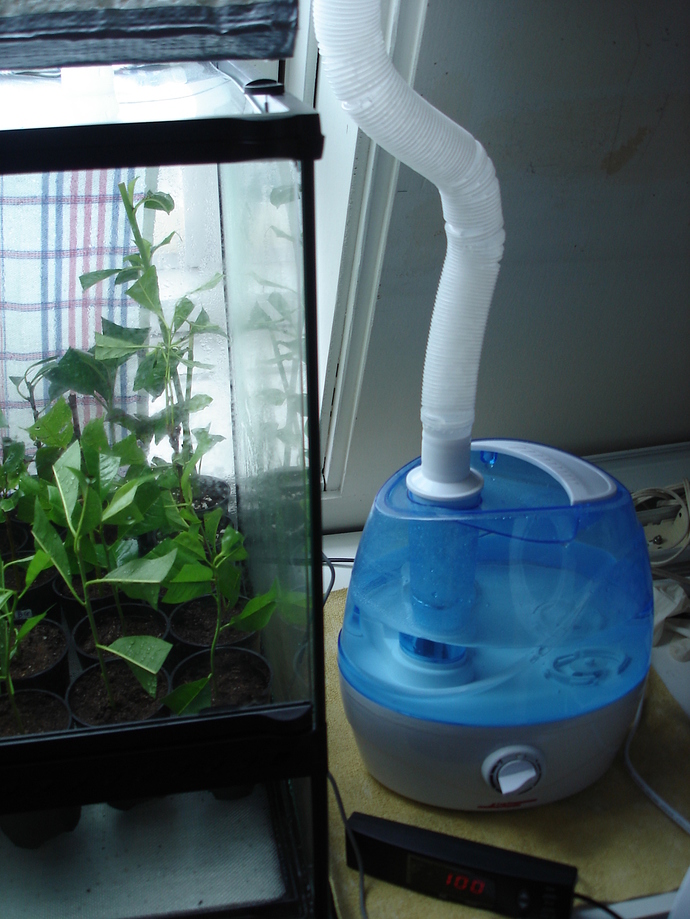 Is that just a regular humidifier?

Tony, yes it is just a regular Ultrasonic humidifier by using distilled water.

Thats a great idea (why didnt i come up with it). Im thinking about a fog box too. Could you please elaborate your setup a little more in detail? Which humidifier do you use?
Compliments again for that idea

Alcedo, you are the rooting expert. I was wondering when you are going to join this discussion haha

as you know my language barrier keeping me very often this. But if I can make a positive contribution, I would like to not be ashamed.