What would a "naturally" together grafted apple tree be?

The tree below is one I stumbled on in the woods while I was turkey hunting last spring. It had apparently grafted itself together. While it was not a fruit tree, it made me think about fruit tree grafting. So I have the following question. If one was to plant say a Yellow Delicious tree and a Jonathon tree together in the same hole, and they grew up and “naturally” grafted themselves together in a manner such as this, what would the apples off of that tree be? 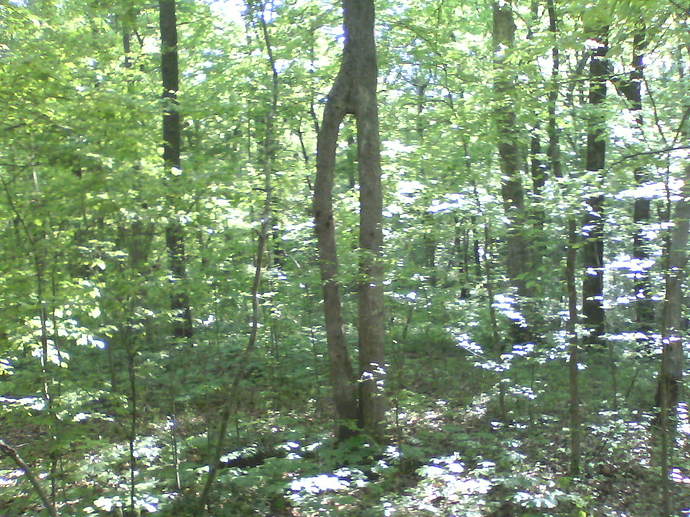 Yellow Delicious and Jonathan, unless the top vegetative portion of one tree died and then you would only have the remaining variety. Grafting 2 things together does not change the genetic make up of either part.

Well, that certainly makes sense. After I first created this thread I have been thinking that the tree could have apples of either one variety or the other but not necessarily both because the terminal bud on the central leader would have to be only one variety. I guess it could have some of the lower limbs with some limbs being one variety and the other limbs being the other variety depending on how and when it grafted itself but I am not sure.

Below the graft, yes.

This method of “juxtaposition” is common in commercial grafting of tomatoes on hardier rootstocks; e.g., Naranjilla. 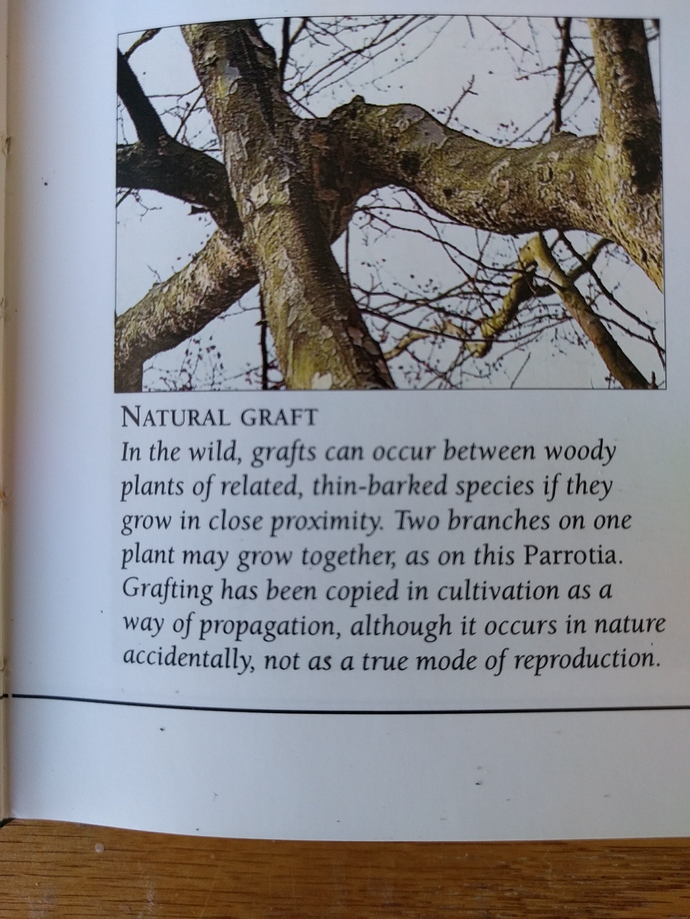