When to remove/cut electrical tape

This is a question I’ve never really had a good answer for. It’s pretty obvious when you’ve waited too long to remove the electrical tape from a graft. But how long does it need to stay on to help support the graft? Are there any general rules like after the scion has put on x amount of new growth the union should be good on its own?

Just curious if there are any rules to follow here.

I’d say you needn’t be in any rush. The problem with the electrical tape, of course, is that it can constrict the growth of the scion and choke it. But the scion won’t grow in girth very much at all until it is growing vigorously, and I doubt that there’s any harm in leaving it on until the tree enters dormancy. But be sure to slit it before the next season.

I have problems with pulling off the bark when removing electrical tape.

instead of pulling it off I make a couple vertical slits through the tape so it can’t girdle the branch, then let it fall off on it’s own.

you can also apply the electrical tape sticky side facing outwards. Bit more hassle applying though.

I use the same method- one or more vertical slits to prevent constriction. In the beginning I unwrapped the electrical tape but I pulled a lot of bark off one graft and decided slitting it was much safer.

I’ve made the grafts this year (all cleft ones) by first wrapping with parafilm then electrical tape. In theory (and the past) this should allow the tape to come off cleanly without pulling bark. A bit more work, but with the small number of grafts I do (like a dozen), it’s not too bad.

I am more concerned about how to tell when the graft has grown over enough to be self supporting. A few of these trees have 18" or more growth on them and I was thinking that the electrical tape might become a constriction (although it isn’t obvious at this point). But whether slitting or unwrapping, I assume one should delay as long as possible, but no longer (as with many things

Depends on type of graft- a bark graft can take a year to really heal in on apple, even longer on pawpaw. If you remove tape before then be sure to splint the scion with a wooden dowel or stick so the wind or a bird can’t blow out the graft.

Whip and tongue and cleft grafts heal much faster- I figure they’re strong at about 3 months.

for the last 3 years ive been removing the tape at the beginning of july from cleft grafts made in early may and so far havent had any knocked loose. most ones this year have already put on 30in. of new growth and i thought for sure the graft would fail but i guess ive been lucky. some were so heavy they bent down towards the ground and i had to cut them back some. i too cover with parafilm with a few wraps of elect. tape to tighten the graft site.

If you first seal the graft union with either parafilm, or a strong plastic strip, then apply the electrical tape to get the pressure you need, it is much easier to remove.

I do the same. I have actually seen some renewed growth after making the slits, especially in those with little to no growth. 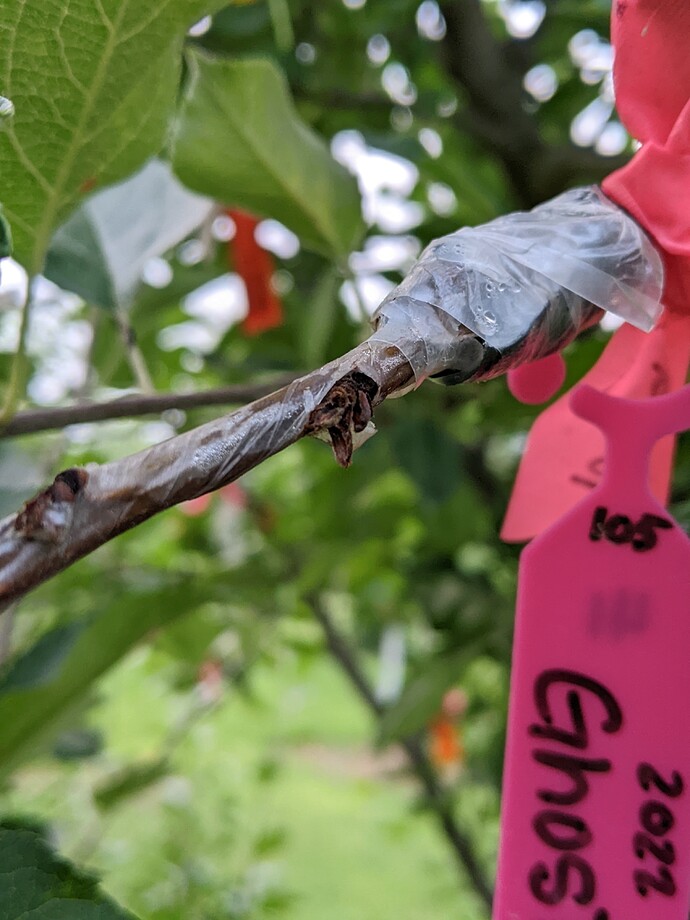 Here’s a few more. Tiny response. On one I gently squeezed some parafilm over the dried end but it’s coming off now. Some of the slices are not on the camera side. 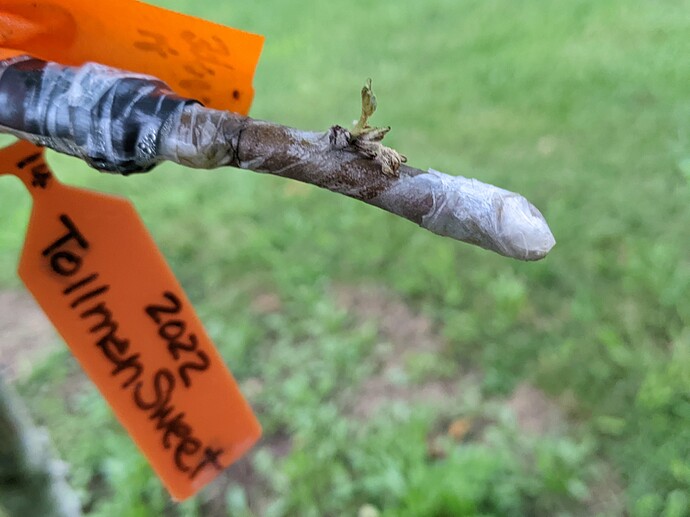 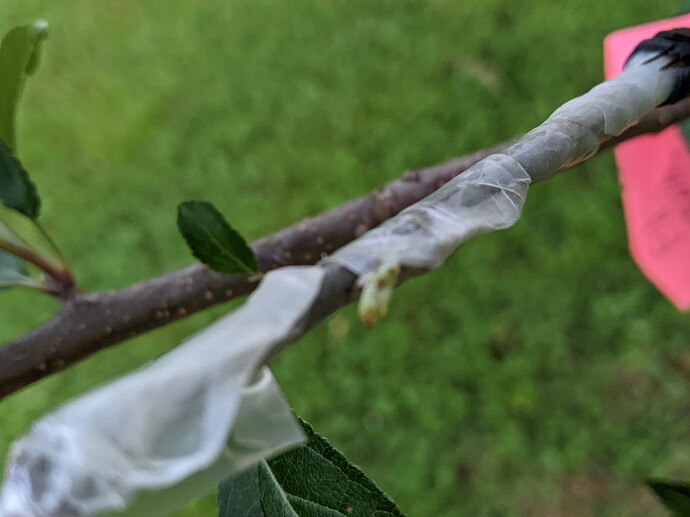