Who guards the okra and tomatoes when I'm not around? A frog?

This frog might not look like much but get as many of these in your garden as possible to control insects! Yes that’s a tomato bloom in the background and he’s sitting on an okra leaf. Anyone know what kind of tree frog it is? 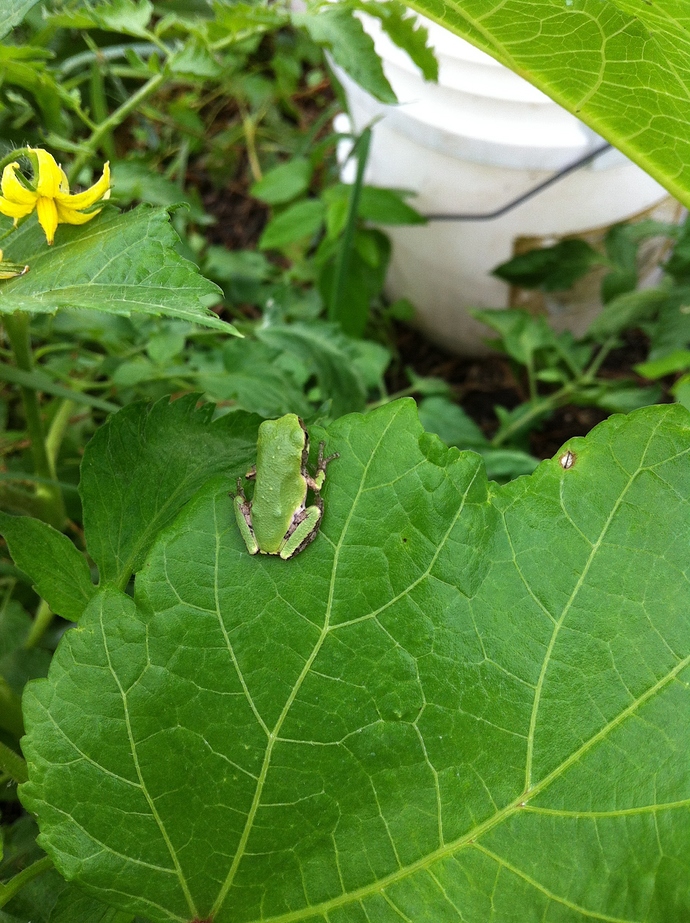 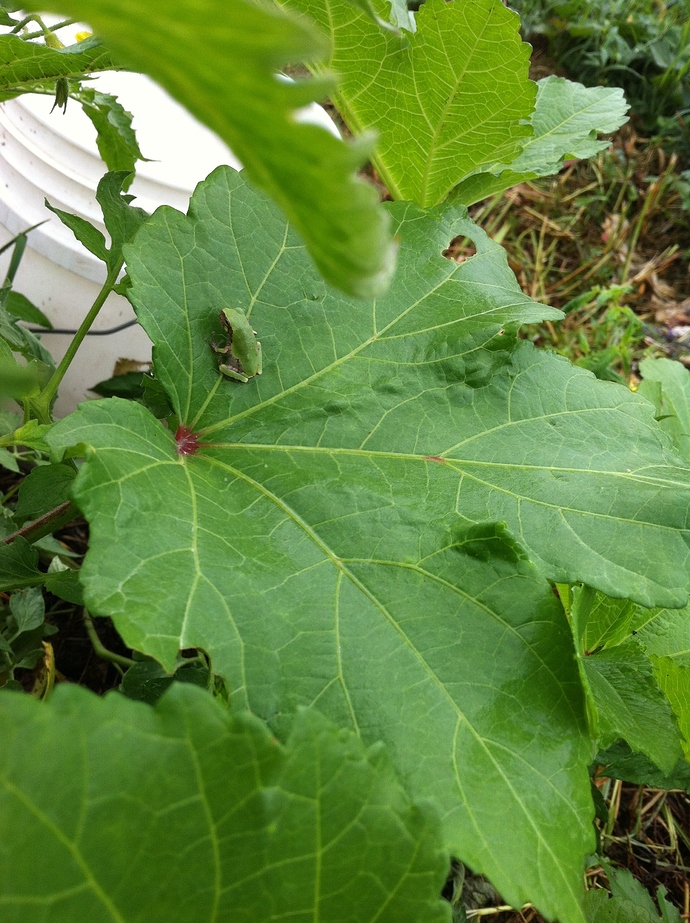 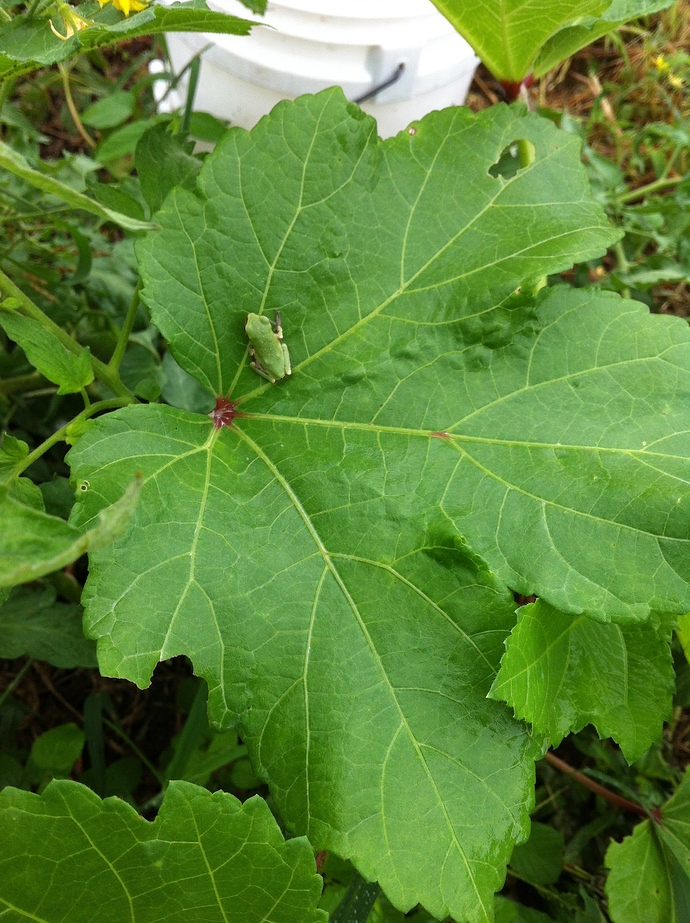 That’s interesting to me because my garden has a very, very high population of tree frogs this year. Like you, I’m pretty happy about it. I was also curious about what kind they are and did a good deal of research, but unless you are a biologist, its almost impossible to tell them apart. See for yourself:

I see what you mean. I suspect this one is a grey tree frog even though the color is green. That color changing is one of their greatest tricks. It made me think they were different types but they are one in the same. http://scienceblogs.com/grrlscientist/2007/08/01/gray-tree-frog/

Funny you say that…that is exactly what I decided most of mine are. And as for the color changing…well, read on.

OK, this is a little strange but now that we’re on the subject I have to tell this. Last fall (yes, almost a YEAR AGO!) a tree frog somehow made his way into my bathroom and sort took up residence. The lid on the back of my toilet tank has a gap and this tree frog would go into the tank (not the bowl) during the day, then at night he or she would come out and perch in one of about 3 different places some as many as 20 feet from the tank. But each morning, it goes back to the tank! I don’t have a wife to scream at the site of it, and personally I thought it was pretty cool. It doesn’t hurt anything, so I decided to just let it stay! I know you’ll find this hard to believe, but that frog has been there for almost a FULL YEAR!!! It’s still there. Most nights he’s on his perch, and almost every day he’s inside the tank thanks to the little gap behind the lid. It’s amazing. There is nothing keeping it from leaving the bathroom and at one point this spring I even left the window cracked for 2 weeks. The windor is directly above the tank so I have no doubt he climbed right over the open window many times. Yet he stays. Yes (and this is where you are gonna say I’m a little strange) I even feed the little guy. About once every 10 days. I also know for sure that he has caught some house flies.
Aside from confessing that I’m strange enough to be a grown man who has what amounts to a pet frog, I brought this up to confirm the color change thing. It is astounding how much different this guy/girl looks sometimes. Its not like a chameleon that just changes color to match its surroundings. It takes a week or more. But he/she can be completely green, all grey, or a mixture of both with some brown as well.

haha. Never know what you’ll read about on here do you?

Very interesting those frogs are pretty easy to get a long with. Great pet and it sounds like he likes it there.

Gotta be careful with the aim?