Who likes to get greasy (beans)?

I’m planting some pole beans (late, I know, but I hope to get a few) and am interested in heirlooms. I’m putting in Rattlesnake and Kentucky Wonder, plus some long asparagus beans and scarlet runners to keep it interesting.

But I’m interested if any here have tried any of the “greasy” beans. For anyone who hasn’t heard of them, they are called that since they don’t have any of the little hairs on the outside that make most beans look matte, so they are shiny - hence they look greasy. They often have larger beans inside as well. I’m mostly interested in eating them raw and also cooking them as snap beans. I realize most of these will have strings. I’m in Virginia, in 7a so I think the coming heat of summer will be good for them.

So do any hear grow them and what did you think?

I haven’t tried them Zen. I did read reviews on them and everyone was very pleased with them, especially the production. I do wonder if the absence of “hairs” makes them more prone to insect and animal attack. Probably not animals, I think they will eat a bean any chance they get, hair or no hair lol.

I am growing this type of bean this year. I have heard it tastes very good.

Thanks. I think I’ll order at least one type and see how they do for me.

I’m interested also, too late for me to be ordering…maybe. Let us know how they do Zen and give us your full review…ok? 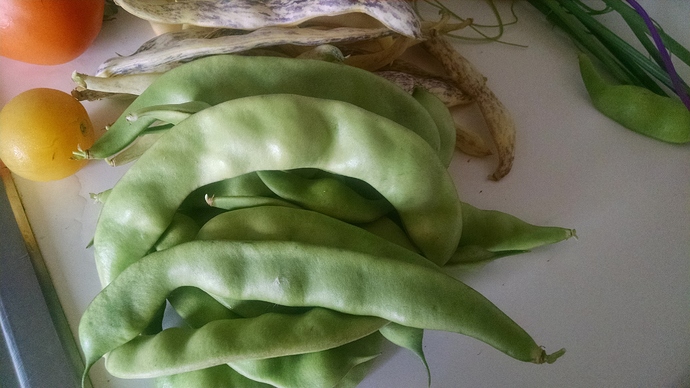