Will these persimmon rootstocks make it?

I’ve grafted many persimmon trees over the past few years and purchased many seedlings to graft onto. I Just got an order in today and over half the order have their taproots cut off. Here are the worst of the bunch. Please let me know if you think they will survive. 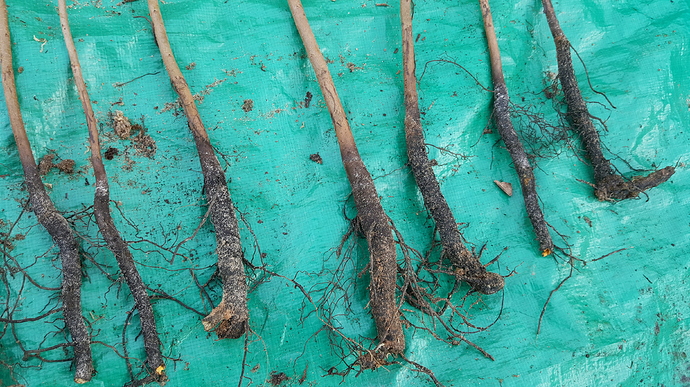 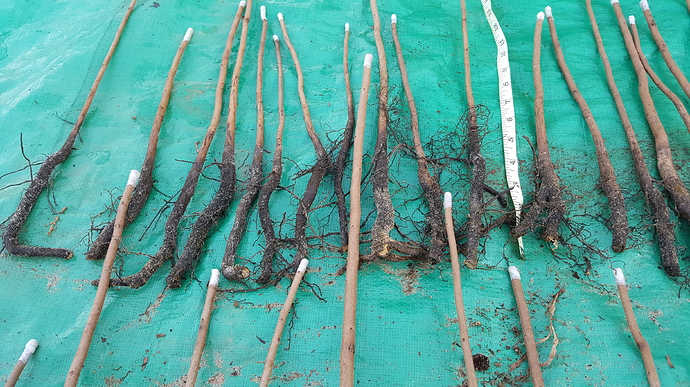 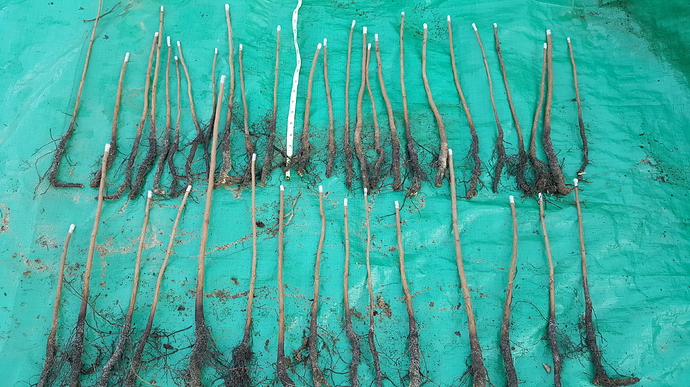 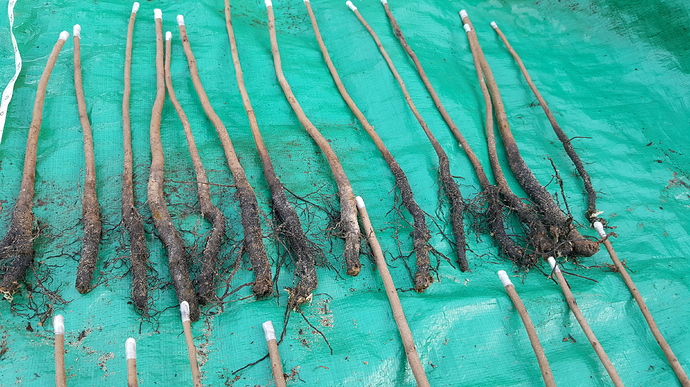 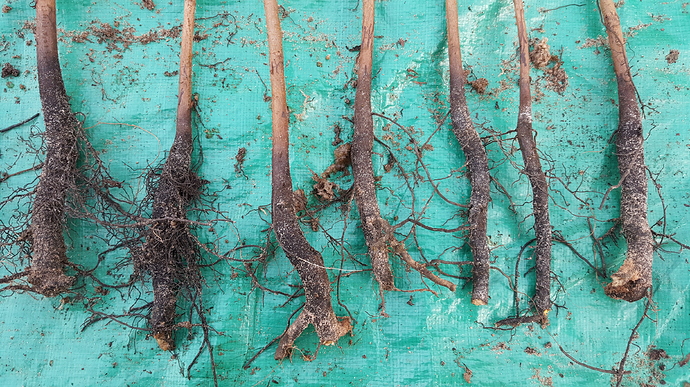 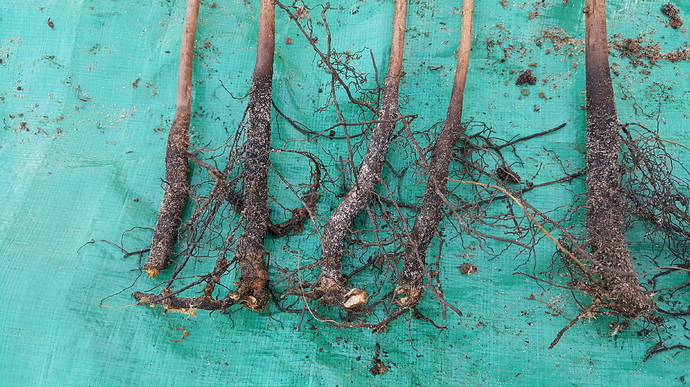 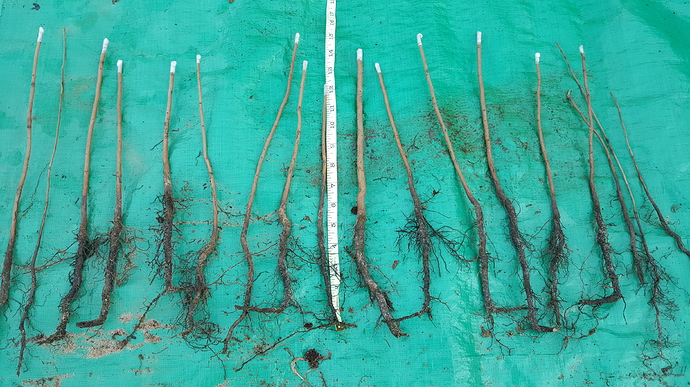 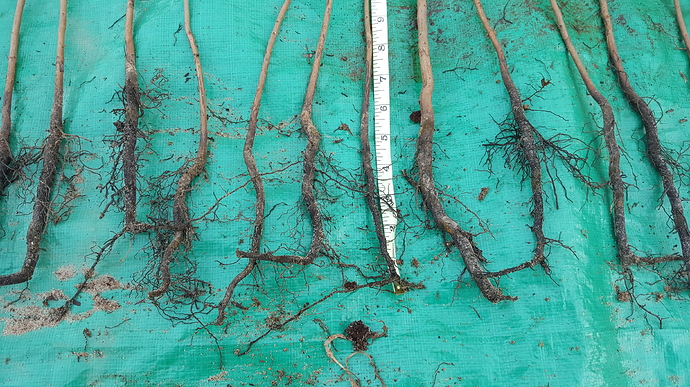 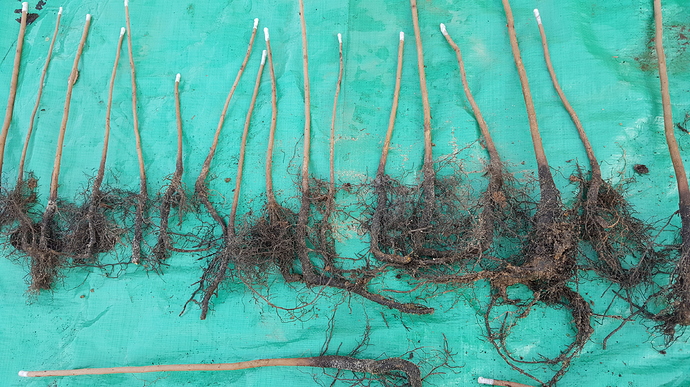 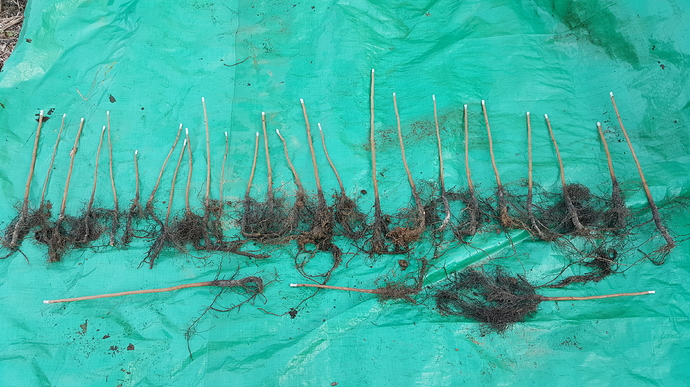 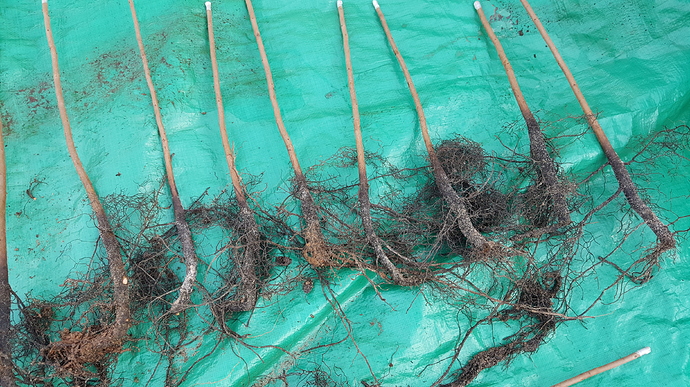 20171230_1606263756×2112 3.18 MB
I went ahead and removed the tops to try to help them from dying from transpiration when they leaf out and put grafting tape over the cuts. If I would had left the top growth I feel certain they would die shortly after leafing out, if they even did leaf out at all. Here is how much top growth was removed. My boot is a size 12 for comparison. 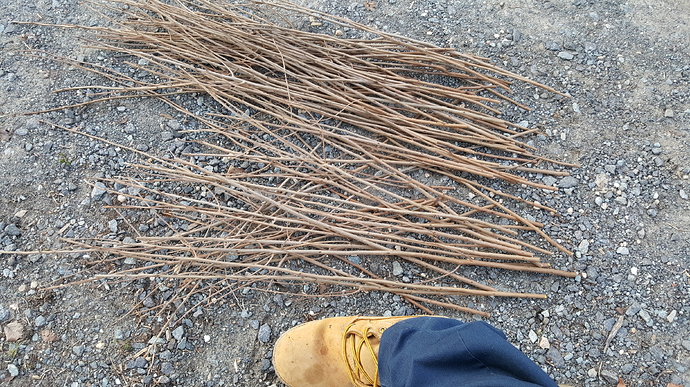 i can’t resist saying this: you must never have ordered from Bay Laurel Nursery.

Just so my entire post isn’t a smart aleck comment, I have no specific knowledge of persimmons, but some of the apple rootstocks I ordered (and my peach tree from Bay Laurel) came in looking pretty rough, and they survived.

Thanks for the input VSOP, it wasn’t Bay Laurel Nursery. Apples and peaches don’t have tap roots like persimmons do and most apple rootstocks I’ve dealt with in the past have had a small root systems and they done fine. These are diospyros virginiana seedlings if they where lotus they may be fine but having the tap root cut like this on virginiana has me a little worried if they will survive.

My apologies. You are right to be concerned. I was just making a joke about Bay Laurel Nursery who routinely butchers their roots. However I should not have done that with your very real concern about your rootstock. Hopefully someone with a lot of experience will chime in, but I found this on another message board and it gives some advice on broken persimmon tap roots. Basically it says that root growth hormone would not be a bad idea, and that until you are sure of root growth, it might be helpful to stake/support it.

ETA: I just read another article which may be helpful to you. To summarize:

The article said persimmons roots specifically are rather susceptible to breaking, and trees with taproots are difficult in general to move without breaking. So that is a double whammy there for persimmon roots when moving.

Now if taproots are broken, they won’t grow back, but the tree will push out lateral roots in response, and when they grow, these should be fine as far as supporting the tree and providing nutrients.

If it is important to you to have an intact tap root, the author recommended starting a seed wherever you wanted the tree to be, and just grafting on that when it was old enough.

I hope that helps, and I hope your rootstocks all pull through.

I don’t believe any of my simmon rootstocks in the past had intact taproots, all came from burnt ridge and I think 1 of about 15 in total crapped out, the rest made it.

Thanks VSOP and thanks Mark, I feel a little more confident now. Mark did you notice the trees where late to leaf out or anything with the broken taproots? I like to graft when they leaf out and any delay would cause scion wood to sit in the fridge even longer than they already have been, I know this isn’t as bad as loosing the rootstocks but was still another concern I had. Thanks again for both of your help.

Now if taproots are broken, they won’t grow back, but the tree will push out lateral roots in response, and when they grow, these should be fine as far as supporting the tree and providing nutrients.

If it is important to you to have an intact tap root, the author recommended starting a seed wherever you wanted the tree to be, and just grafting on that when it was old enough.

in my experience which is not too much tree size depends more on genes in the scion wood than in the rootstock with persimmons. Most virginiana are taller than kaki and for me there is no difference in tree size with kaki on lotus or virginiana. I’ve never grated virginiana on lotus and I’m not sure how compatible it is so I have no clue about that one . Now as far as virginiana rootstocks without tap roots making a shorter tree that’s a good question and just to add to it If it is dwarfed is it because of less uptake of nutrients or is the growth just stunted without loosing performance?

I cheated: they all went into deep pots in a mini greenhouse (what stoners on mushroom boards call a “martha,” the like 18 x 36-ish inch by 5 foot or so mini-greenhouses you get for around $20) in like March inside so that I could watch them, they got grafted about the first of may instead of the first of june, which is where I would guess they would have been if I just stuck them in the ground.

I’ve received grafted persimmons with little roots… On these, the graft usually fails, but the rootstock will continue to develop. I suggest not grafting any with little roots, plant them, see if they grow, and if they do, graft them next year.

@ediblelandscaping.sc How did your 2017 persimmon rootstocks turn out? Did you graft them the same spring?

I get them like that every year from Womacks nursery in DeLeon, TX with 1 inch or so caliper. Within a year a deep 5 gallon pot should be full of roots after grafting. For some reason last year about 10% of grafts including rootstock suddenly died in the summer for mysterious reasons! I never top the whips but bank the roots with dirt until time to graft in April I tee bud and when they have taken I top them to force the bud. I ordered 100 rootstock from Missouri Dept of Conservation last year. They had much more roots but were smaller. Around 70 of them were 1/4 inch caliper or larger and big enough to graft, cheap too, less than $1 each including shipping. One other consideration is if the tap roots weren’t cut it would be hard to find a pot deep enough to hold the deep tap root. Wow, old thread it appears!