You still have some shucks (flower remnants) left there so the PC is not attacking quite yet, but it is a good time to start laying down the coats. You want to do a bunch of coats at the start to get a good layer and you can start it now so there will be some friction present right when the first shucks fall. The only exception is if 1" of rain is coming soon, in that case hold off as your work will be for nothing. If you spray now, when the shucks fall the fruitlets will be naked which is not good, but the Surround on the limbs will still be there to slow the curc down a lot. On nectarines and plums not much Surround sticks to the fruitlets anyway, it is mostly the spray on the smaller limbs that slows the curc down. Curcs want to fly as little as possible, it uses up too much energy.

I am almost that far along on my apricots and plums, and was planning on laying down my first coat this weekend.

Thanks you Scott for more details!
That makes sense. I will keep checking the status of the shucks. Will probably spray within a week depending on the weather.

@scottfsmith can you share how you would mix surround properly for a 3 gallon sprayer? Can you state in terms of an 8 ounce cup, for example.
Thanks!!!

I’m not sure what you are after exactly but here is what I do… I have a 1-cup scoop, and I take the empty sprayer and add 3 cups per gallon so 9 cups for you. Then I add water whilst agitating vigorously. I submerge the hose in the tank and blast it at the clumps at the bottom, if not careful some clumps will not go into solution. I tip from one side to the other to make sure the tank bottom is clean on each side when it is about 1/2 full of water… that should mean it all got into solution. If I am adding other things I add them before the water is added.

Perfect, just what I need. Thanks @scottfsmith

I googled “solid neem” and got not relevant results. Where can I get more info?

I have only seen liquid neem at different concentrations

Pure neem is solid at low temps… this means 100% neem, no water added.

It’s 78F today. I sprayed Permethrin for PC around 7PM. Interestingly while spraying my plum tree, I noticed a bug was crawling up from the base to the trunk. So I hit it with spray and captured it. It does not look like the PC shown on the Internet. It got wings and very slim. But I suspected it was PC. I looked around and found two more on the ground. So I sprayed the ground around the tree as well.
Are they PCs? Why they are so different from the PCs found online? 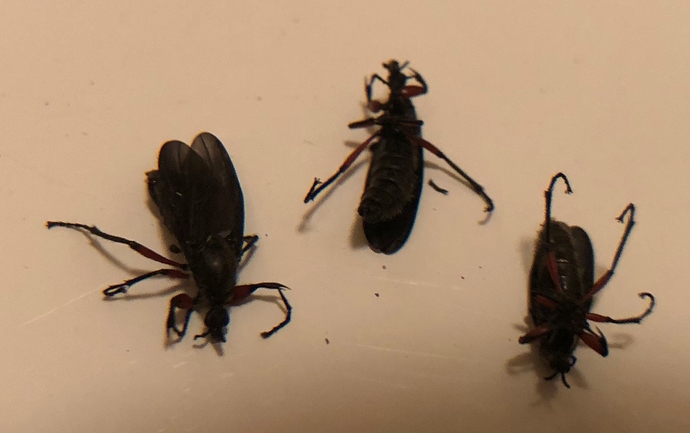 The shucks just fell for most of the fruitlets. I think the timing is correct. 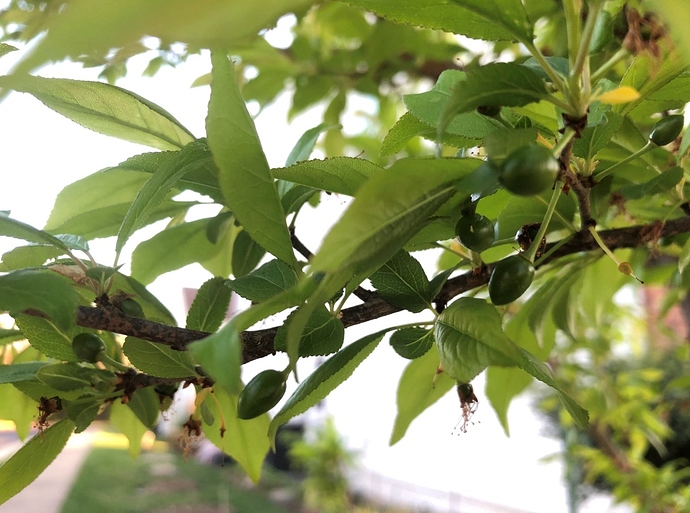 Those are not PC. I don’t know what they were. To me, your timing is fine esp. if you have warm nights.

Thanks, Mamuang!
I searched online but could not find anything that matches this bug. Will ask in a separate thread and see if anyone knows.

Yup. Ask in the bug thread and alert Larry Gene. He knows bugs.

Yes that’s what i used

@scottfsmith or anyone: Does Surround deter Oriental Fruit Moth and Codling Moth (in addition to PC)? If one month of Surround gets me past PC, OFM and CM then maybe I can skip bagging at nickel size? Would save a ton of work.

That wouldn’t address stinkbugs- do they usually threaten a small % of crop or can they ruin a majority of crop? I don’t know much about them, not sure I’ve seen them in my orchard.

Surround does slow them down, but it will not solve the problem. Also they have multiple generations so even if you take care of nearly all of the first generation if you don’t do anything you will have a mess by 4th generation.

This year I bought a bunch of the new low-impact chemicals to try out (Madex, Grandevo, and Venerate), we will see how they work. I had to buy big quantity, PM me if you want to buy a share.

That settles it, thanks. Will bag again at nickel size and wait to hear how your new sprays do. Trying to stay organic but each year bagging gets more tedious and extensive as trees grow. Hoping Surround cuts down on last year’s 80% apple drop from PC.

Somehow going to squeeze in Surround between rains but looks futile over next week.

Another tactic I’ve read about: bag twice- first bag whole clusters before PC start then once nickel size go thru again and bag just one apple. What fun.

I wanted to make a note about the low impact spray schedule and ask a question.

First the note… This year I did four sprays to my peaches and plums. The first spray (5/4/20) was surround, spinosad, Serenade, sulfur, the second spray (5/12/20 was surround, spinosad, oil and seranade. Third spray (5/24/20) was surround, BT, spinosad, and sulfur. Forth spray (6/6/20) was surround, BT, spinosad, sulfur and seranade. I started picking the plums around July 6th, 2020 and started picking the peaches 7/21/20. Today I picked the last peach and I’m not sure when I stop with the plums. I had NO brown rot on any peach or plum. I had, as far as I can tell, no plum curculio damage after thinning the few plums that were obviously damaged (ripened and fell from tree weeks before other plums were ripe). This regime from Scott gave me an estimated 750 organic plums and 125 organic peaches. The peaches did have some Oriental Fruit Moth damage, but if you cut around the holes on the outside of the peaches, they were still fine to eat. It should be noted this was a very dry year which may help explain why there was no brown rot at all after having it moderately last year.

Question…
Moving forward, I still have Elberta peaches and Victoria peaches on the trees. Those along with the apples received the same spray program on the same dates, with the exception of adding Immunox with the first two sprays to control CAR. Do I still need to be concerned with the brown rot on the peaches or would I have wiped that out with the first four sprays? Same for the apples, do I still need to spray fungicide for the summer rots, which I had last year, or would those spores have been killed already? I don’t see too much insect damage at this point and the apples look the best they ever have after not getting CAR.

Glad to hear it is working for you so far!

Brown rot often shows up at ripening so I would keep my eyes out for it. Especially because you are not using any synthetics it can really come out if we get a lot of rain. So, I would definitely keep spraying for it.

Apple rots usually show up later, I often think I am clear and neglect to spray and get some rot. Which reminds me, I should spray my apples again soon. I have only done one spray since mid-June. They only need one more spray; I will also hit the later peaches and pears at the same time.

@scottfsmith
First, let me say thank you for this really through spray schedule.

I’m a new backyard fruit gardener and I’m putting together the sprays for this schedule. Unfortunately serenade has been discontinued and I’m having difficulty finding it.

Is there a substitute that you would recommend for serenade? I’d love to find something that is organic and affordable from a backyard gardener perspective.

I recently discovered serenade was recently discontinued. Used it last year and was happy with it. Doing research on Seven Springs webpage, they recommend the product Cease. I went to purchase it last night but they were sold out. I googled it and found it for sale elsewhere. I can’t vouch for it because I never used it but I can vouch for the low impact spray schedule.