Young benchgrafts are growing like weeds in the lush Ugandan climate and fertile soil. Clients are starting to harvest decent-sized crops of early-ripening apples. 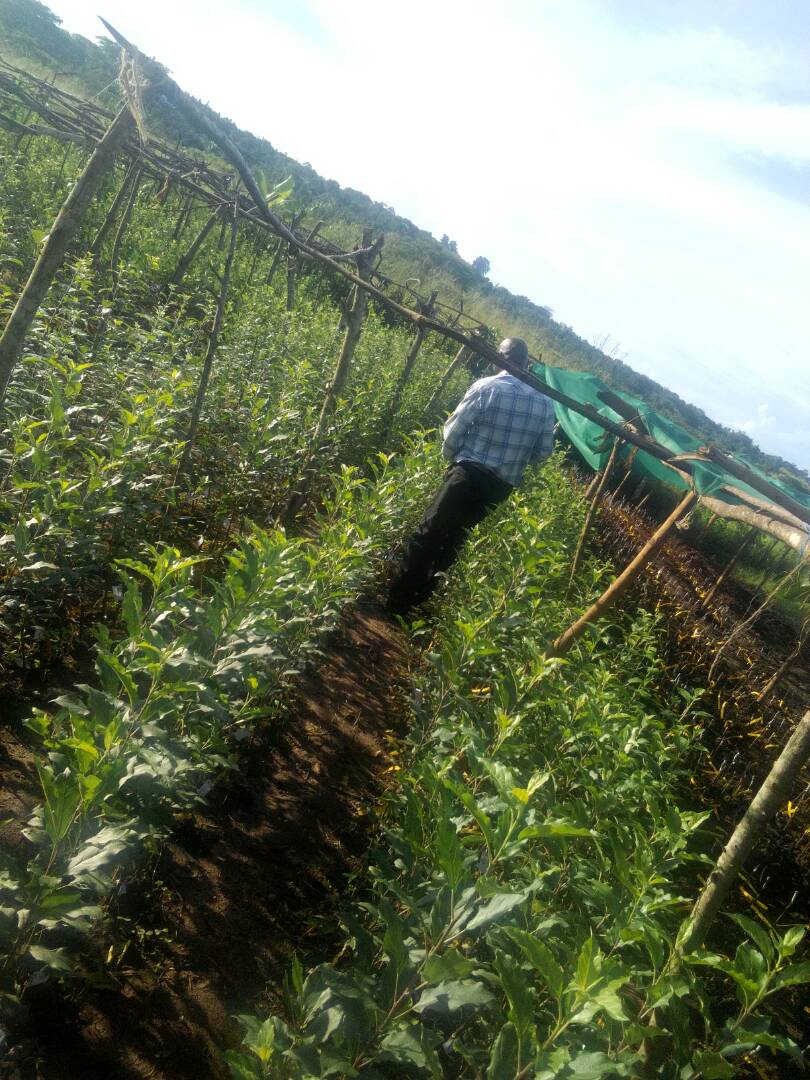 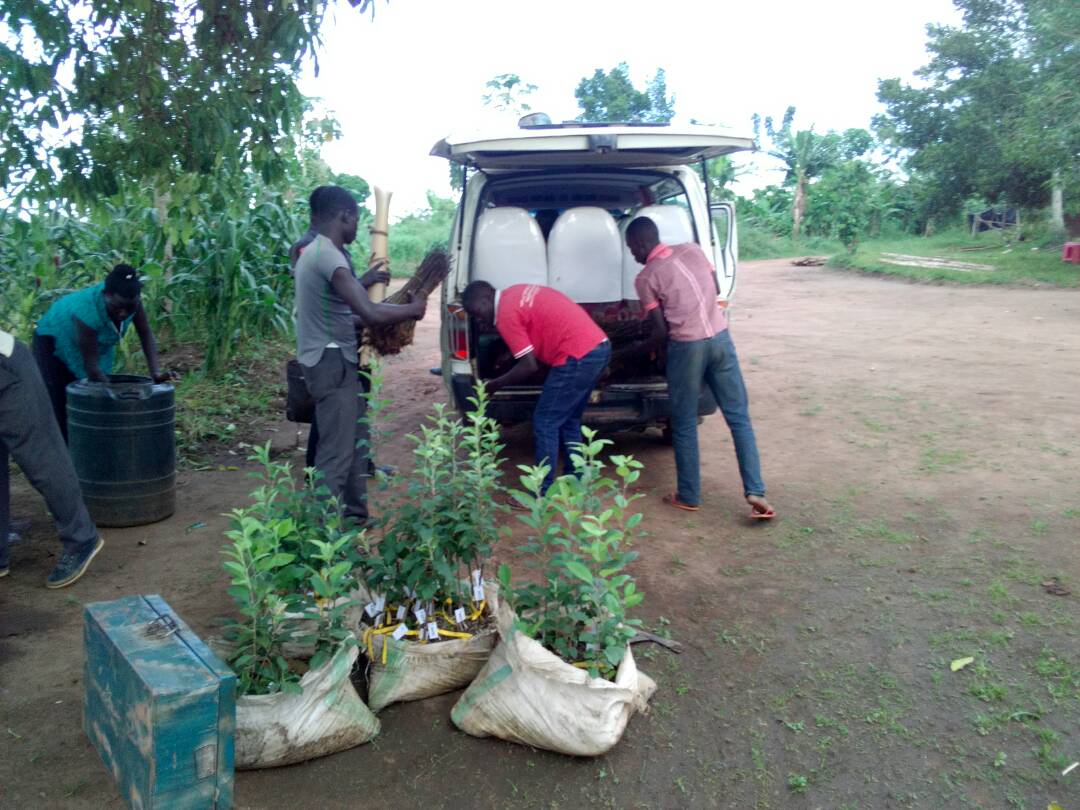 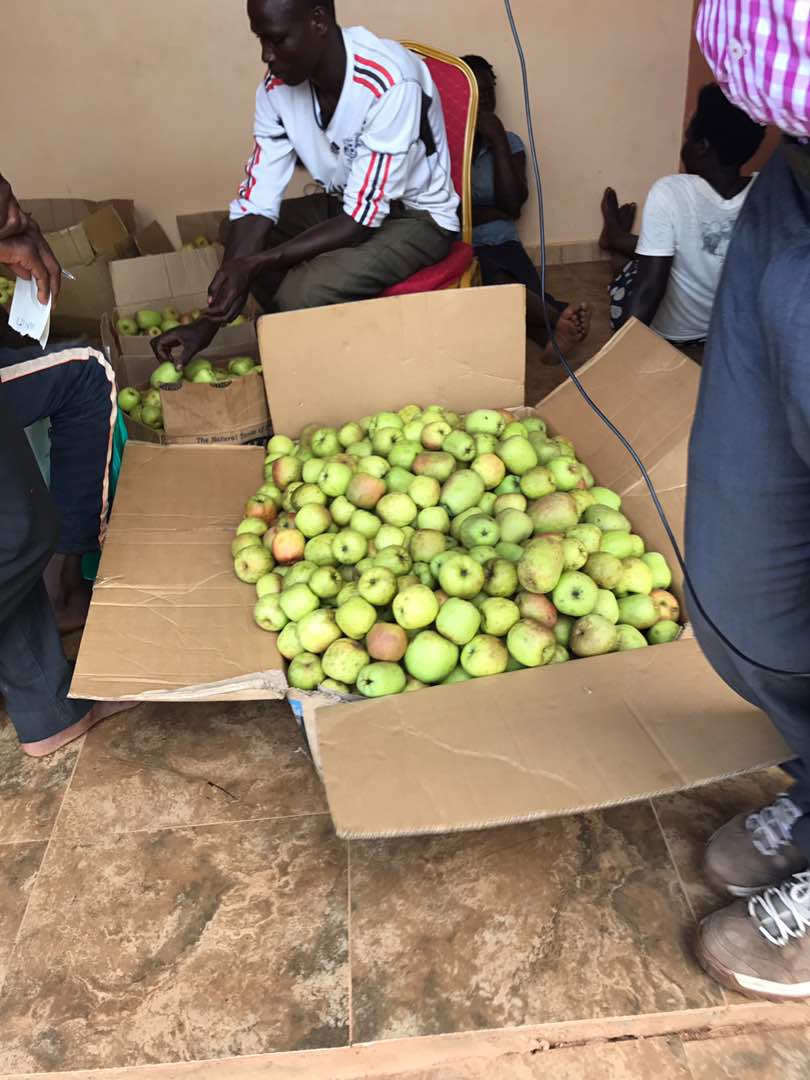 nice roll of Apple trees and the harvest

Wonderful pics! How are the Tull trees growing for you? I have 6 new trees, some are close to 4’ now.

I love the rows of grafts. I could walk them each and every day probably just like that fella is doing. Enjoying the fruits of labor.

Tull is doing fine, I got a late start compared to you.

Is it only apples they’re grafting and growing? What about pears and other stone fruits?

This season we’re testing Warren pear and Sierra plum, and next season we’ll introduce Panamint Nectarine and Florida Prince peach if I can find rootstocks. Birds will be a major problem with the stonefruits.

Which rootstock are you trying Sierra on? I see your tree in your California garden.. Did some Google reading and Dave Wilson Nursery must have selected a wild Prunus subcordata because the name Sierra falls onto the list of common names for P.subcordata. Regardless, great!

I’m only curious if the rootstock you’re trialing Sierra on will accept nectarine and peach… obviously you’re several steps ahead of the game, than me.

What rootstocks would you like to have for the peach and nectarine? Again, I’m curious.

Which pear rootstock are you trialing?

All these will be dry-farmed, and so we use the meanest, gnarliest rootstock we can find. Pear is going on Domestica Seedling Bartlett, plum is going on Prunus Cerasifera. Thinking of Lovell for the peach and nectarine.

Did some Google reading and Dave Wilson Nursery must have selected a wild Prunus subcordata because the name Sierra falls onto the list of common names for P.subcordata.

My understanding is that there are two distinct things both called “Sierra plum” (which, of course, creates a lot of confusion).

Second, Sierra is the name of a variety of Asian plum (Prunus salicina). This variety is a cross of Inca x Santa Rosa, and most probably it’s the one that was offered by Dave Wilson Nursery in the past.

@applenut thanks for tuning me in. This is all new to me. Uganda may as well be Mars to me. I did though have a fella from South Africa once find me and write asking about how I would go about grafting a macadamia orchard where he had all the seedlings in place but hadn’t grafted. Naturally I learned quickly his summer is our winter. I’m thinking that’s how I remember it.

If you want a window into farming in East Africa, watch https://www.youtube.com/watch?v=AbK1p4zIkwc

That was really cool. Such nice people throughout.

So now for questions about grafting… what techniques do the folks do as bench grafts? I started to wonder if a hospital is nearby if someone was to hurt their self. Some people shouldn’t be holding a sharp knife alone yet grafting with one. Recently, my neighbor watched me graft. It became time to hand her my knife, but her each and every immediate impulse was to put her one hand directly under where she’d be cutting in a downward motion. I had to remove the knife away from her and explain the dangers she was putting herself in.

Is there any field grafting being done? Bark or 3 or 4 flap grafts to set an orchard in motion from established roots?

We do mostly bench grafting (floor grafting in our case) using cleft grafts exclusively - we have no use for whip and tongue in any operations. For splitting the rootstock, we either protect the hand with a wooden block with a hole in it or a CD-ROM, see the below photos. Next season we’re going to have a dozen or so Kuffel Grafting Machines set up to speed things up. 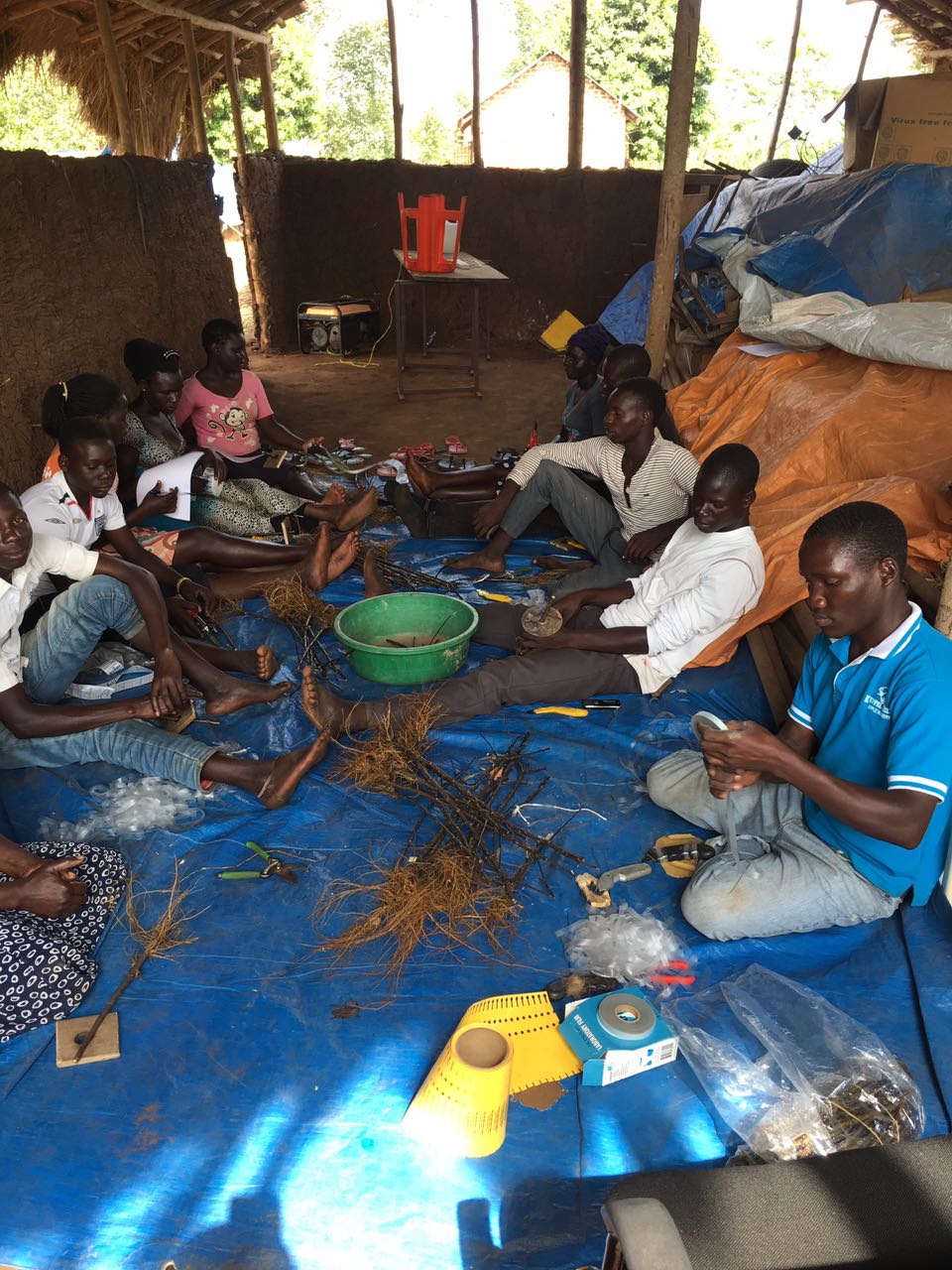 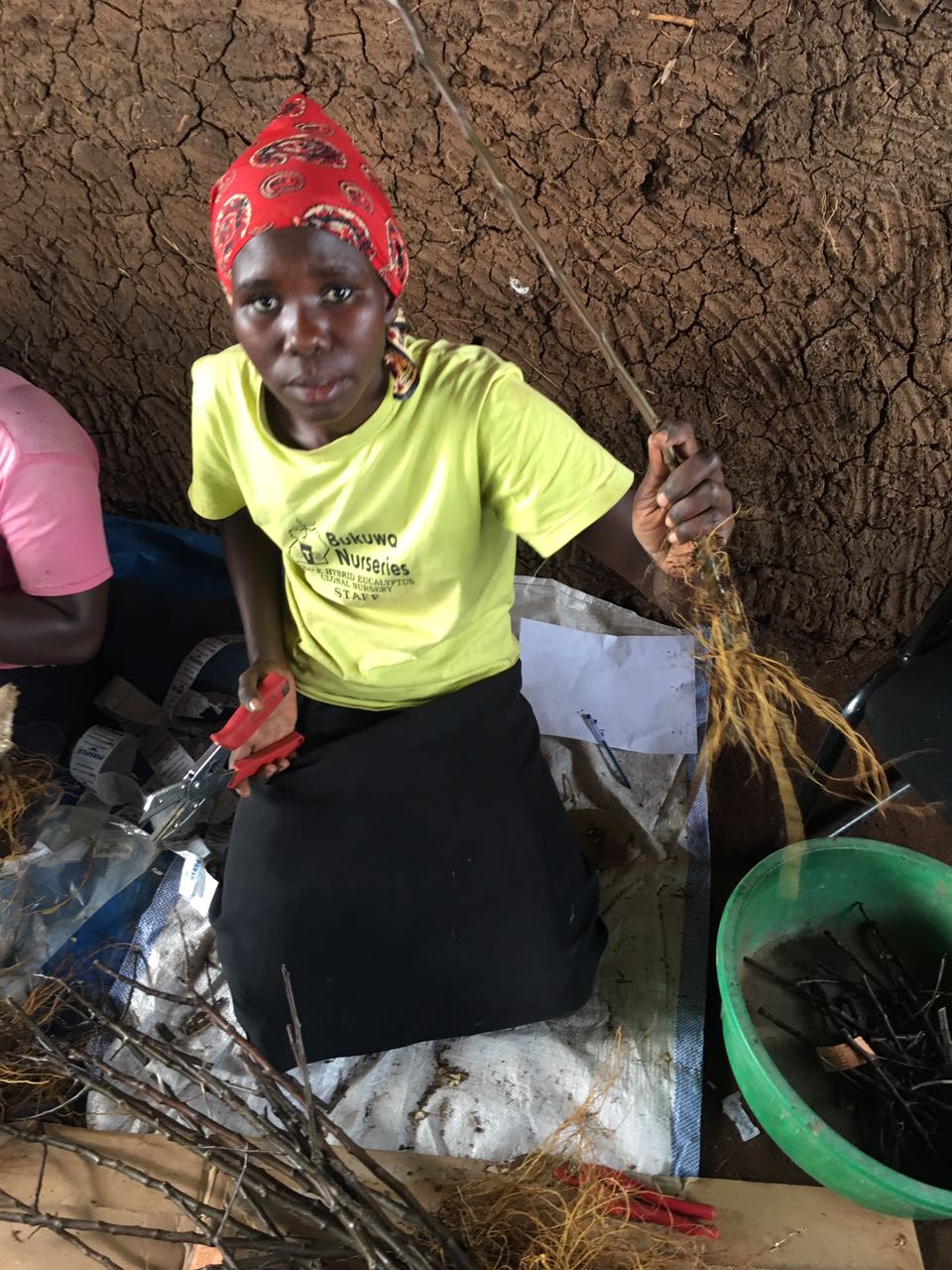 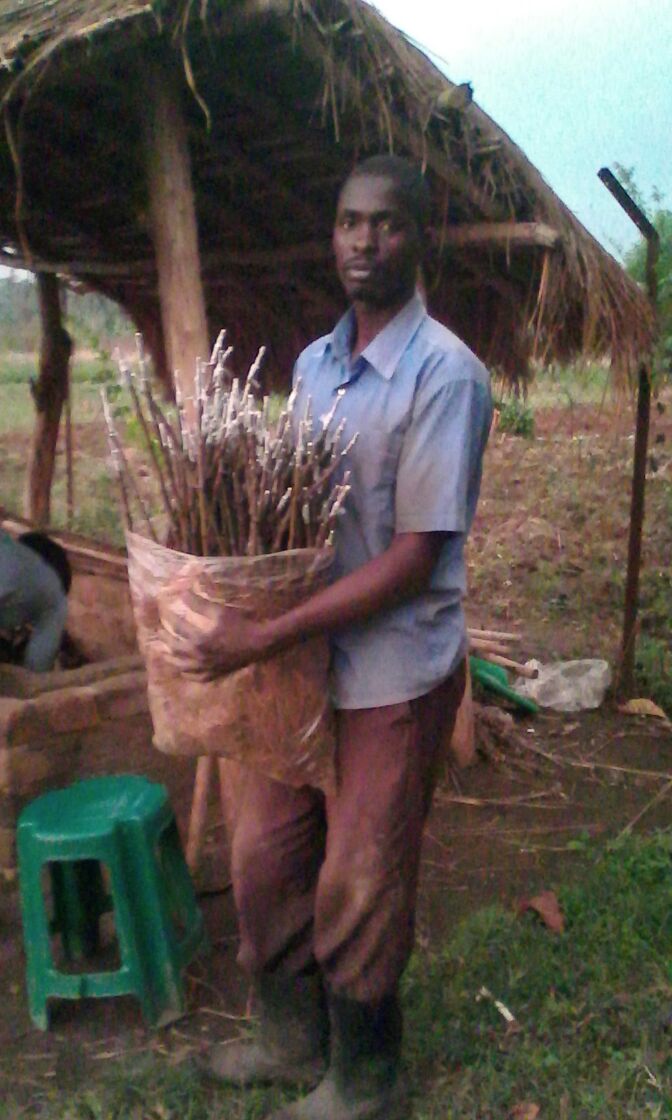