I count ~20 fruitlets on the Winter Mexican that I’ve had in a 12 gal pot under grow lights this winter, hopefully it holds onto at least a few of them! I’m not expecting this variety to be cold hardy enough for planting out, but maybe it’ll have an unexpectedly hardy seedling or two? 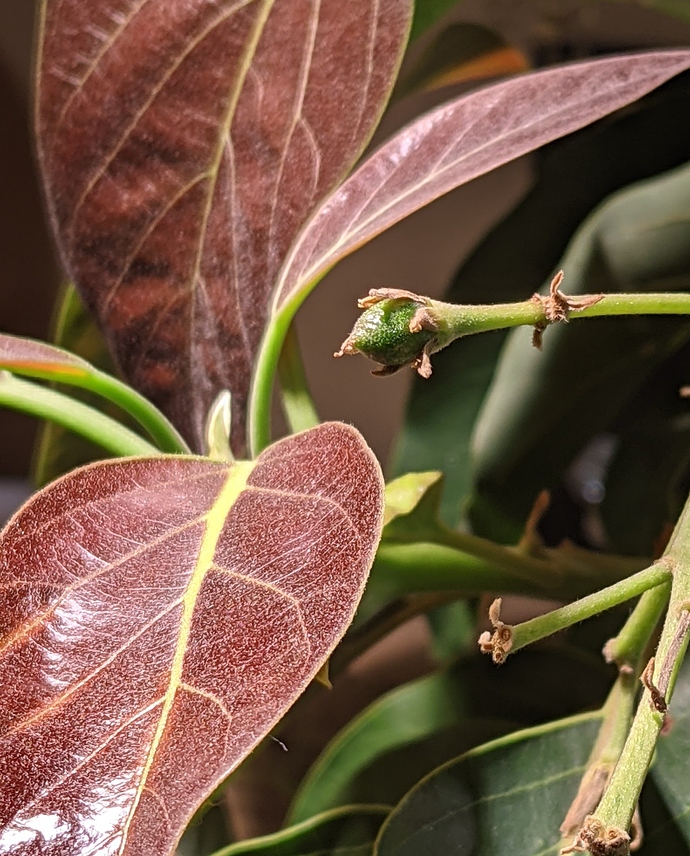 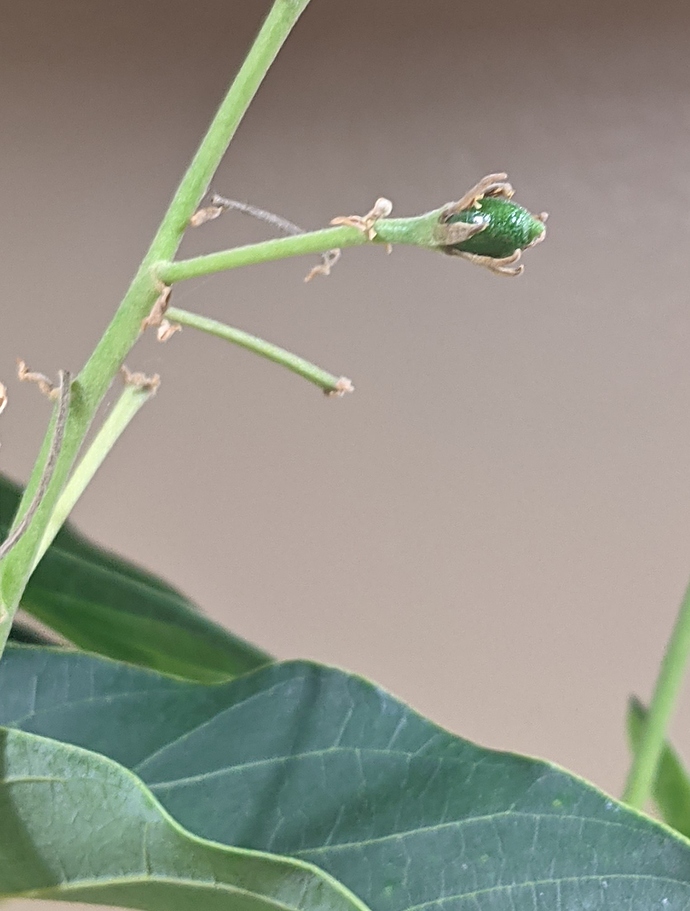 These are all self- & hand-pollinated, as none of the other plants have flowered yet this winter, though it looks like the Brazos Belle/Wilma has immature flower buds that I expect will be opening before spring.

So neat! I hope you keep posting photos every once in a while. I’d love to see them in different stages and at harvest.

So neat! I hope you keep posting photos every once in a while. I’d love to see them in different stages and at harvest.

I should probably start a thread for my Seattle avocado testing to keep it all in one place. This variety takes almost a year to ripen, and avocados in general notoriously drop most of their fruitlets, so there’s a decent chance this particular crop never reaches harvest. But I’ll post updates!

The potential is still very exciting! I’ll be watching your thread.

Do you think self-pollination could have been from general air flow or fan? The fruitlet is adorable!

Do you think self-pollination could have been from general air flow or fan?

Unlikely, as I saw very little overlap between female and male flower phases. I was pretty aggressively hand-pollinating, though, so I’m guessing that was the main way. I used a homemade “brush” that was just a pipe cleaner twisted around a bit of yarn: 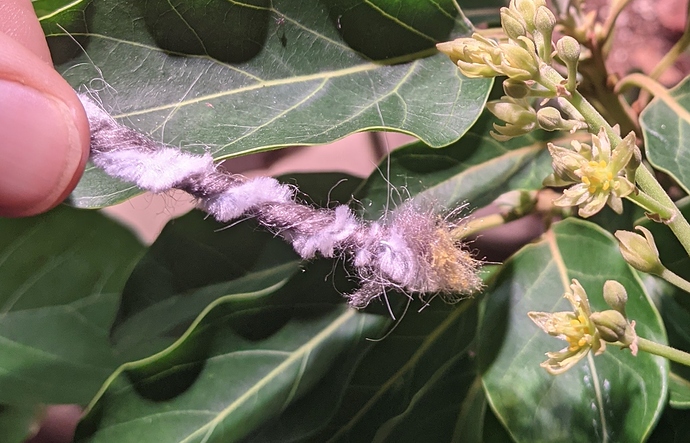 The tip got pretty pollen-y, and I stored it in a toothpick dispenser in the fridge: 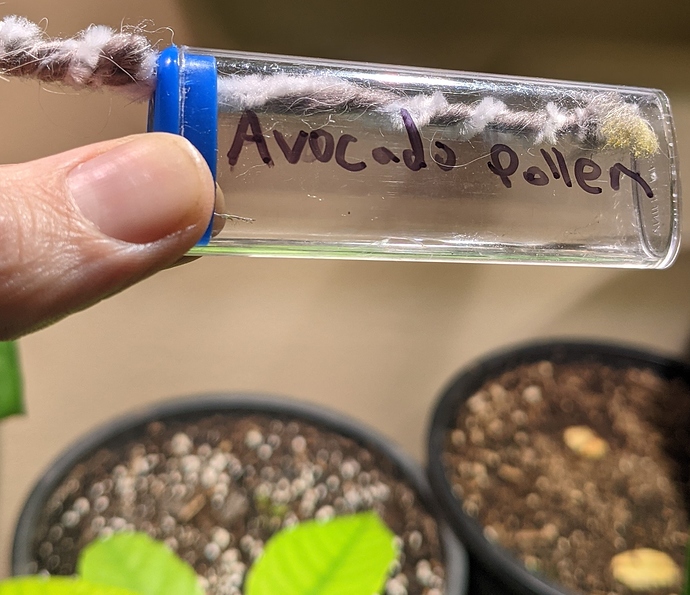 The other possibility is fungus gnats, which have been actively feeding on the avocado nectar, so it’s possible they’ve done some of the work, though not sure how much pollen sticks to a gnat. If so, it’s probably the only good thing a fungus gnat has ever done for me

not sure how much pollen sticks to a gnat

Good one!
Age and height of Winter Mexican in 12g pot?
You’ve got me dreaming… my tiny Brogdon and Lila cuttings are 2" tall.

Age and height of Winter Mexican in 12g pot?

It’s just over 2’ tall and was purchased as a grafted 5 gal plant back in September, and was re-potted then and spent the early fall on my patio before coming in for the winter. I’d guess it was grafted ~2-3 years ago onto a seedling rootstock (Lula in this case).

Here’s a current photo of the entire plant: 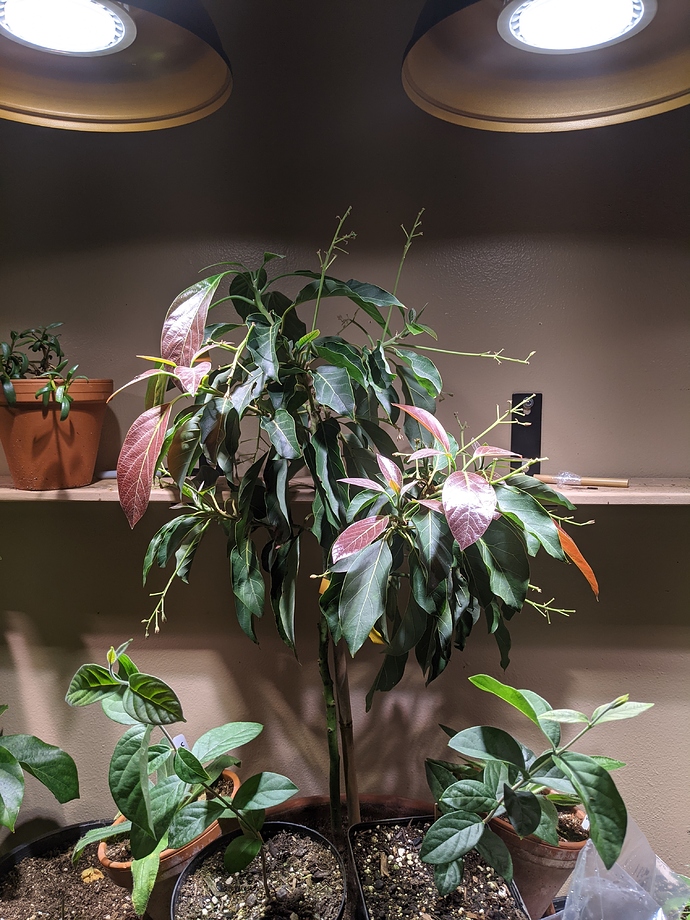 Down to just 7, but most of what remain have begun to swell after the latest watering: 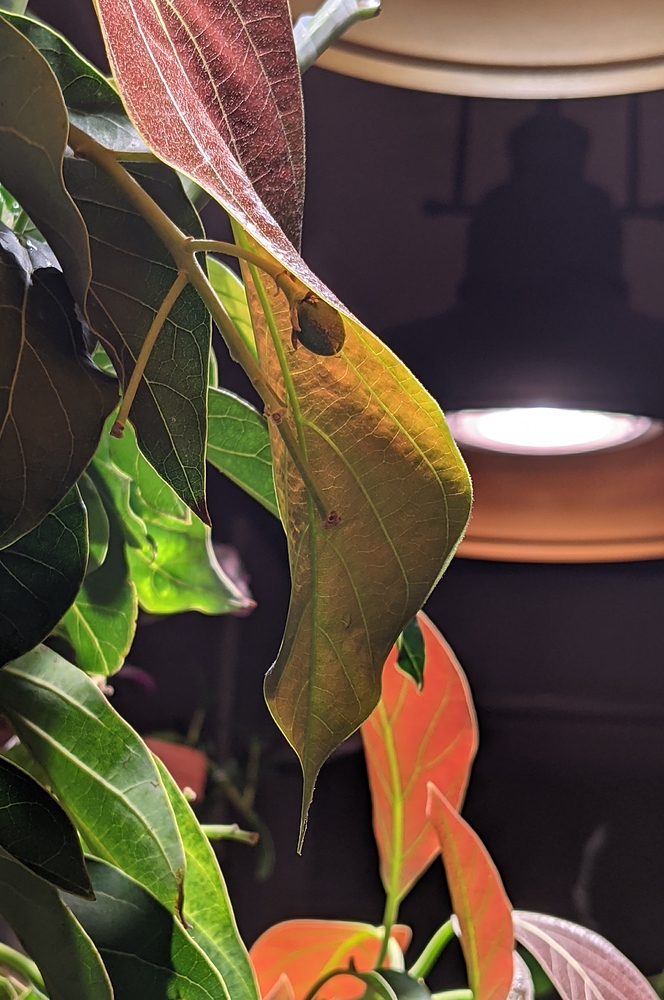 P.S. I’ll be abandoning this thread and updating the main one instead from here on out.