Did the Raspberry Red ripen? How do you rate it?

Yes,they did ripen and I ate the last ones yesterday.They taste good to me,but fruitnut says the acidity is too high.Size wise,they’re dwarfs,compared to others.

Your nectarines look just as good as the ones at Costco coming out of California, but probably much tastier! Strong work, Tippy.

Thanks, Andrew but I think you may need a new pair of glasses

I have to say nectarines are harder to grow than peaches. They get everything peaches get plus thrips which are hard to control as I do not want to spray during bloom time. Thrips do disfigure the fruit.

Here is the inside of Freckle Face, quite orangey yellow. It is cling stone but it tastes so good, I can overlook that minor negative. 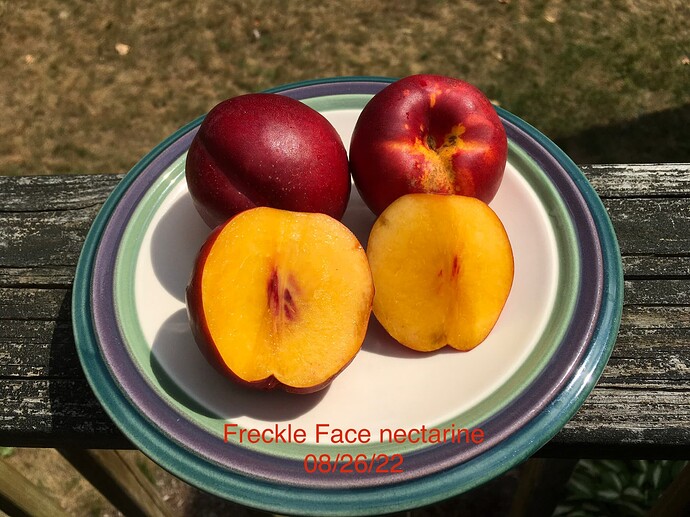 My Freckle Face are ripening now.

Yes those look very nice! I hope I eventually get that many. I am surprised how much later yours are, three weeks!

It is hard to swallow a season with no nectarines. Most of my earlier peaches were frozen out also- somehow the saucer varieties are hardier than a lot of the earlier conventional types. Both Saturn and TangO’s set decent crops, although the TangO’s were consumed by a raccoon- the meal proved fatal for him.

One thing I learned this year was that embryos can be damaged by freeze in a way I always assumed could only happen to forming fruit. The peaches that are coming in now are totally scarred up from the March deep freeze that occured weeks before flowers opened. The wet spring also caused a ton of cracked seeds, although I suspect the freeze for some of that as well.

I will start a topic on this soon and provide some photos.

I have 2 Red Atomic nectarines, they are super productive, and they have beautiful flowers in the early Spring.
I also have White Heavenly and Snow Queen, I had a few fruit from them every year but they’re stolen by the squirrels. But I just checked and White Heavenly needs 650 hours of chill, I have no idea why I had a couple fruit this year. I have at most 300-450 hours this year.

@scottfsmith ,
I checked last year’s picking date of Freckle Face. It was about this time when I picked them, too.

In fact, half of the fruit are still on the tree. I picked the ones that pulled off easily. I left the ones that resisted my tugging alone. I think they should ripen in a day or two esp. in this heat.

I thought our fruit would be about two weeks apart. Look like it can be as much as 3 weeks apart.

September Free and Zephyr are at least a month away. September Free is still very small and very green. It may be the last nectarine for the season for me.

What a great crop! We find the ones that have the (we call them sugar spots) like the few at the far right side of your photo, generally brix out the highest. Where are you growing them as I would like to document what zone.

The fruit may not develop sugar spots as they should because they were in Clemson paper bags for protection. This year we have had a drought. That’s why the fruit did not suffer much fungal diseases as they usually do in a “normal” year, despite a few fungicide spray before bagging.

These were picked yesterday. It took about a week from the first picking to the last. 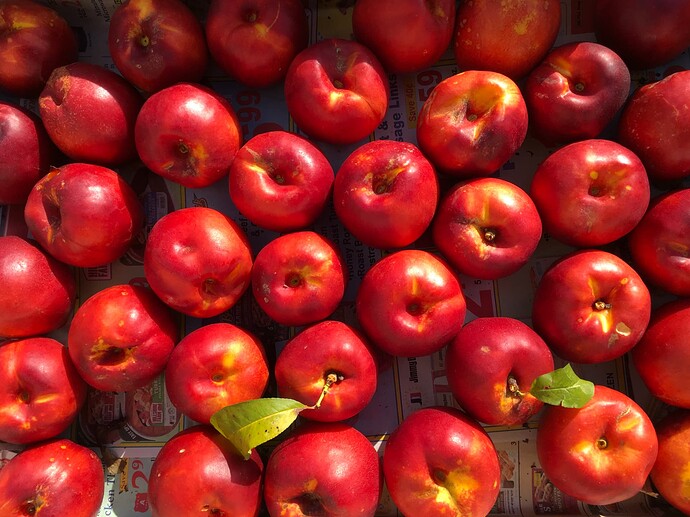 Very Good! i have them listed from zone 6 to 9 as that is where the best reports have come from so far.

My Zephyr (thank you, @Ahmad) is grafted to a potted tree. The fruit just ripened a few days ago. I could easily picked them around 9/15.

Very sweet but it would have tasted better had it gotten so much rain at the ripening time. Bigger than Emeraude and Freckle Face. 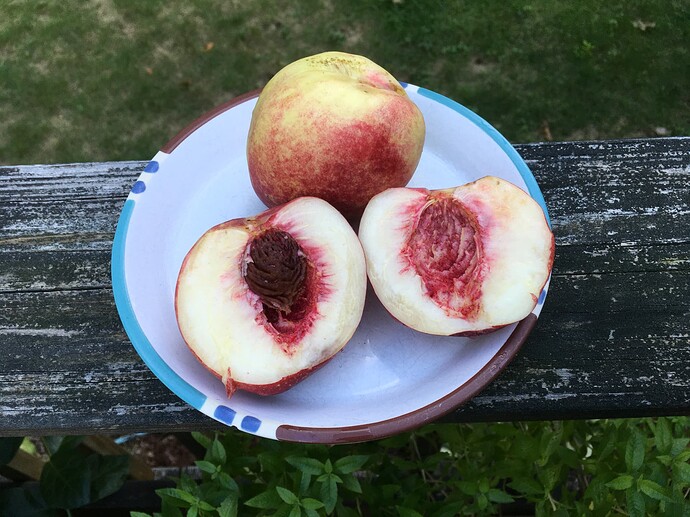 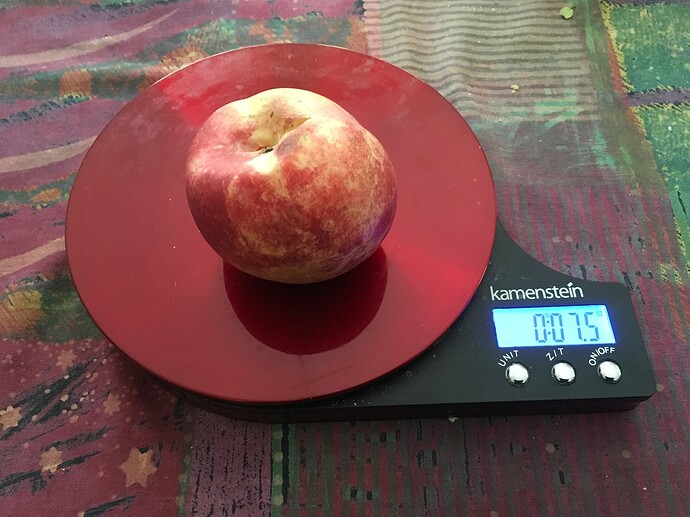 September Free is still a few more weeks to go.