Does anybody have any experience with Pacific plums and how do they compare to other species? Are they worth growing?

Arboreum offered a few varieties last season and I’m curious if they will grow fine in New York.

The photos and description don’t match our Sierra plums at all; ours are incredibly sweet and the leaves look more domesticated, and the skin has a lot of green in it. 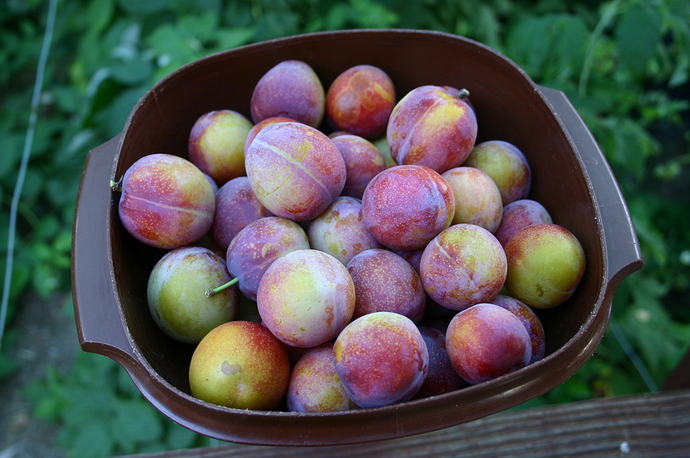 As it often happens, unfortunate naming leads to confusion. There are two completely different Sierra plums.

One is a variety of Asian plum named ‘Sierra’, it is a cross of Inca x Santa Rosa, i.e., its both parents are original Luther Burbank’s selections. This is what @applenut and many others grow, scionwood is routinely offered at CRFG scion exchanges. I also believe that it is the one offered by Arboreum.

On the other hand, there are various strains of the species Prunus subcordata, the West Coast native plum, which is known under multiple names, including Klamath plum, Oregon plum, Pacific plum, and Sierra plum. The last one is what causes the confusion. Prunus subcordata plums have no relationship to the Asian plum variety ‘Sierra’, except the name.

Stan is of course correct, I obtained the original scionwood for Sierra Plum from Mits Hawakara, a CRFG old timer who served in WWII under General MacArthur in the Pacific.