I finally tasted the “Urizun” winged beans! I spent the last year growing them and harvesting the dried pods for seeds, which I then shared with other growers. I plan on tasting the dried beans once I have more plants producing, but for now, I tasted them green, all from a single harvest last week. They were great! Like green beans, but firmer, crunchier. I harvested a root as well, which I’ll be cooking up tomorrow.

I harvested 3 Chufa plants, but left the rest behind in their container. The “nuts” were huge! Much bigger than last time I grew them. The last variety (since lost) was an unnamed chufa, these guys are named selections I bought for their larger tuber size. They’re still small, but comparatively bigger. I didn’t go for a full harvest because there were very few nuts per plant, as few as two (I don’t think that had anything to do with the size). I grew them tightly packed in a container of depleted potting soil, no fertilizer, and I may have picked them early (I did see a tiny white nut forming). Perhaps it’s too late for this batch of plants, but I expect a bigger harvest next time I grow them (fertilized, of course). Varieties “Large Black” and “Reisen Aus Ghana”. I’d like to try out other varieties as well, but for now I’ll stick with these two. 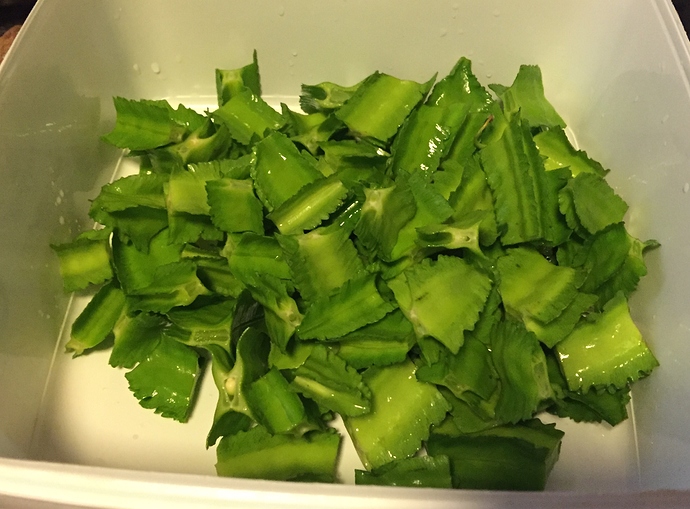 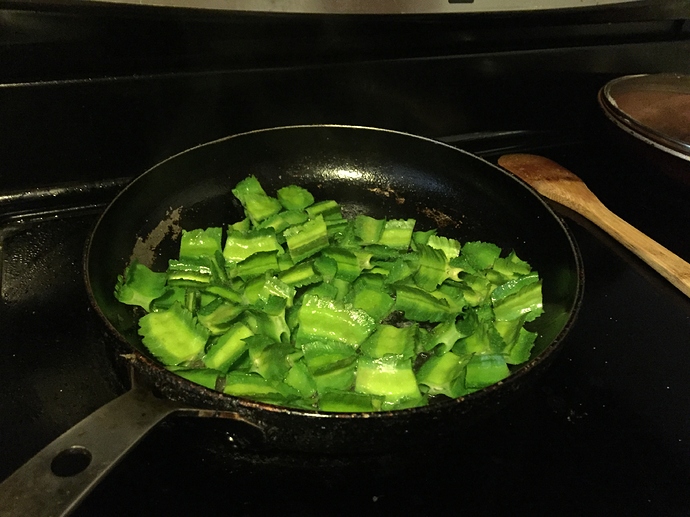 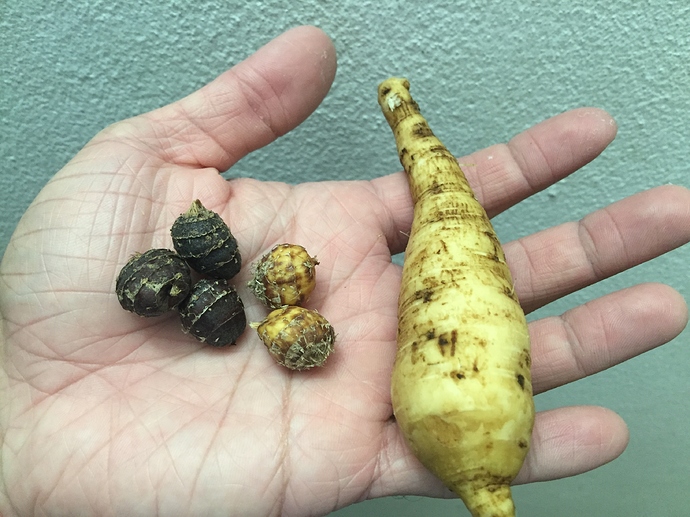 My mother boiled up the Winged Bean root in a batch of potatoes & salted cod. The skin and the fibrous underlayer had to be peeled off before cooking. It was much firmer than potato (but not crunchy nor watery), you could be forgiven for thinking it requires a very long cooking time… It doesn’t. Despite the firmness, it was fully cooked, easy enough to eat, and enjoyable.

Visually, there seemed to be some inner fibers, but they didn’t really have any tactile presence. The cod gave it a nice salty flavor by way of the cooking water. It was dense, starchy, and good! I’m not sure if the small size is representative or if it turned out small because of the pot culture, but given the size, I wouldn’t sacrifice the perennial bean vine to harvest the roots… Rather, I would harvest the root if I needed to remove a plant for some reason (as was the case here). 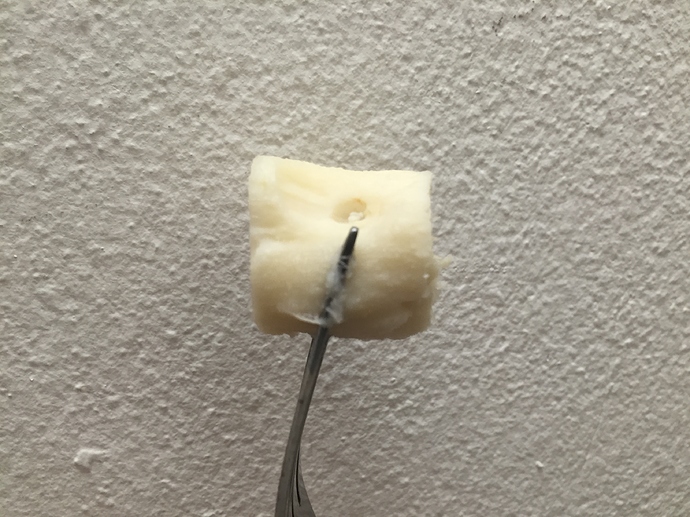 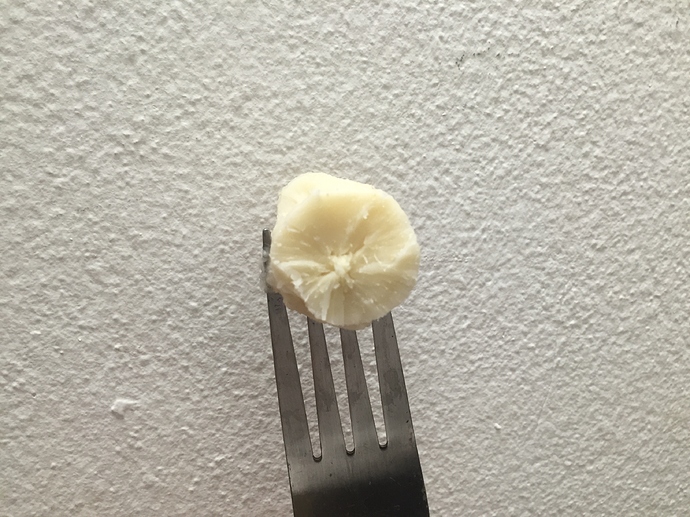 Here are some of my walking onions,
Essentially growing in sod …
Planted about 2 1/2 yrs ago, basically care free
About a foot and a half tall now.
The row on the left is about 250 ft long.
Was thinking of sales at the farmers market .?
But maybe not this year .
So plenty… 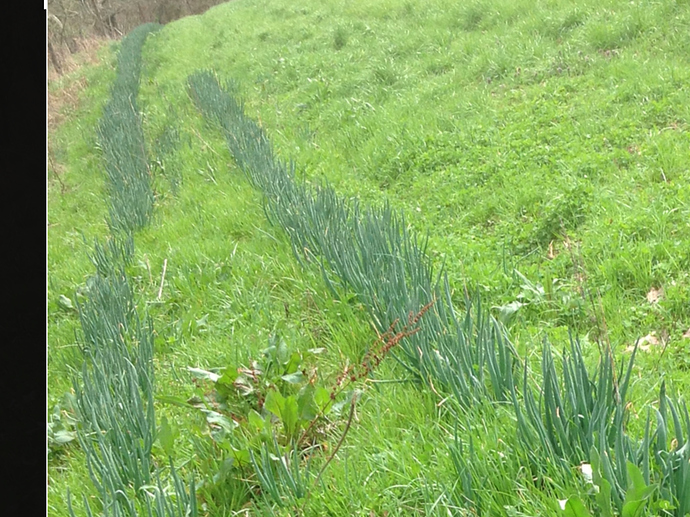 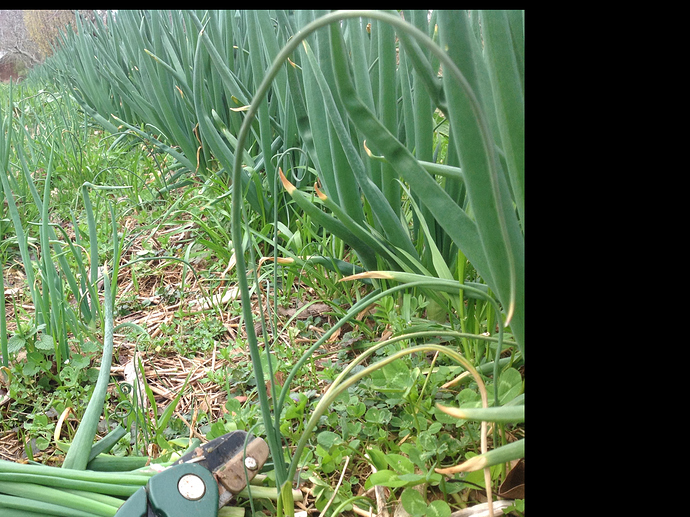 Wow! I need to be growing these onions. Seems like the perfect vegetable for a busy life and rough times.

These were my aunts absolute favorite onions. I love them and they do great in my arid location too.

wow, that’s incredible. I have wanted to try grow them, but haven’t gotten around to it. I will need a dedicated spot for em because they sure multiply!

will be putting some around my bushes in the food forest this may.

I once grew Stachys affinis, and the tubers were really nice tasting. It was fairly easy to grow, but a pain to harvest the tiny tubers.

I still grow it. Yes the tubers are small but they are so crunchy and unusual looking

I think someone mentioned sorrel once but I’ll give it another post. It’s perennial here in zone 6 and I really like the sour/tart flavor.

Not sure if these have been mentioned but Rocket and Good King Henry are two others that I started last year and are coming back nicely. Rocket tastes just like arugula in my opinion.

I grew Romanesco Broccoli (also called Roman cauliflower) this winter - Got one flower head per plant. It was very good, tasted like a very mild broccoli. 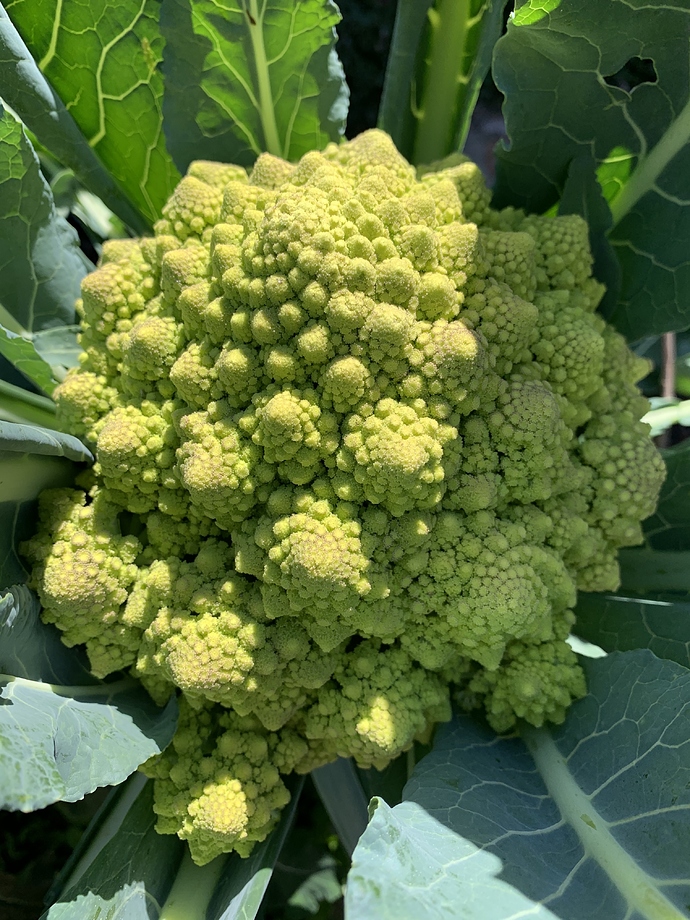 I started seeds of Turkish Rocket, Good King Henry, Hablitzia, Sorrel, and perennial kale this year. Never tasted any other than sorrel before so it is all experimental for me. I’m happy to adjust my taste buds if it means less work.

They look very pretty. I forgot to order some this year😞

i have some growing in my grow room.

I’m very interested in the Good King Henry. Perennial Kale survived my last winter (which wasn’t that bad) and is trying to push a bloom right now.

I never imagined anyone ate the chameleon plant?

dandelion or at least the root is an abortefactant. i’d be careful with dandelions and remain cognizant of who is consuming it.

Did you wrap the outer leaves around the head and secure them as you would regular cauliflower? I am growing a few of these for the first time this year.

@glib, are you growing chicory for the root or leaves/greens?