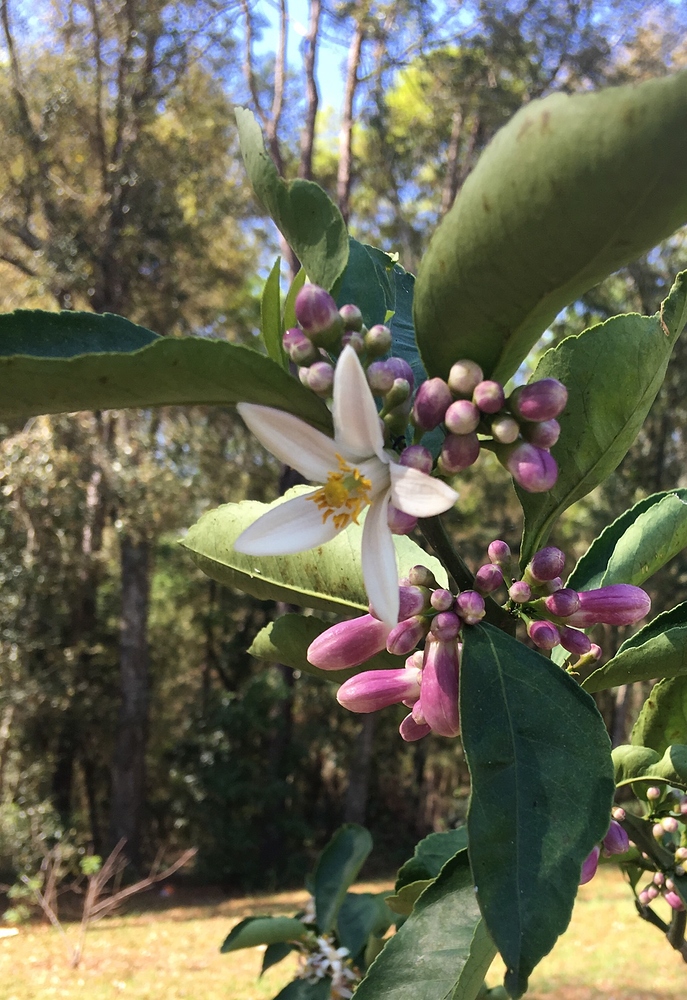 My nose is sniffing trying to get a whiff of that!!!

To brighten up our day, these have popped up in the backyard. They are the only flowers that are blooming in my yard right now.
My apology for not having a variety. But aren’t they pretty 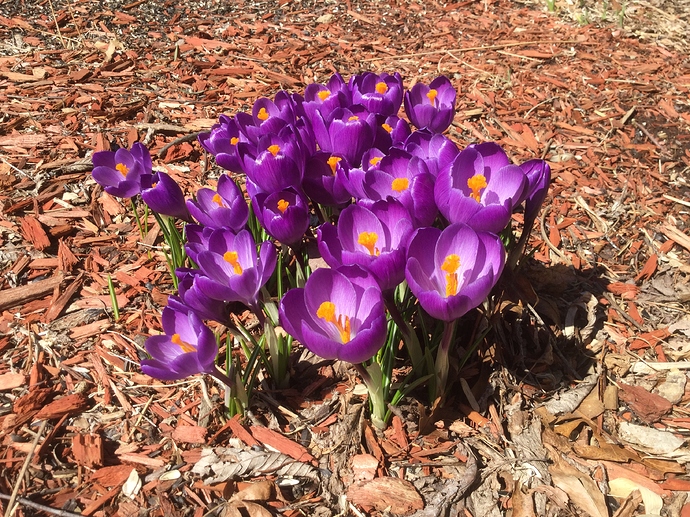 They are probably Crocus tommasinianus and have a common name among others,Early Crocus and yes,very pretty.bb

definitely tommies. i have some of them mixed with my other crocuses. mine are still under 5ft. of snow.

Thank you, Brady and Moose. I planted the white ones, too, but I moved things around so often, they got accidentally dug up and thrown away!! I need to mark this spot so I don’t kill them ,too.

We had very little snow this year. So I save some money not having to pay a plow guy so often like other years. 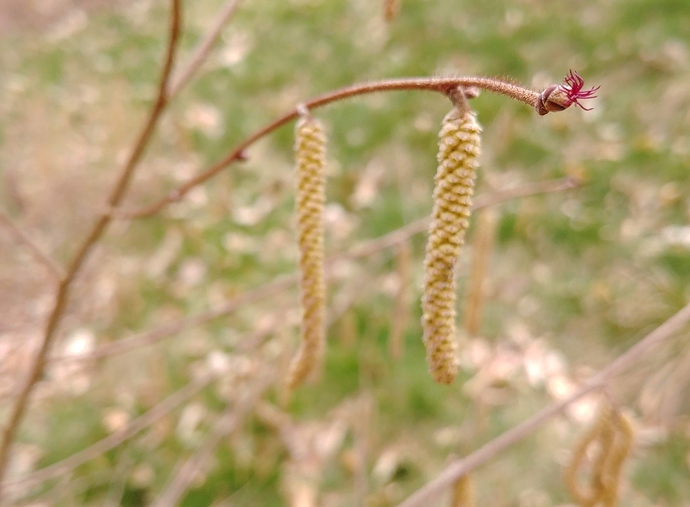 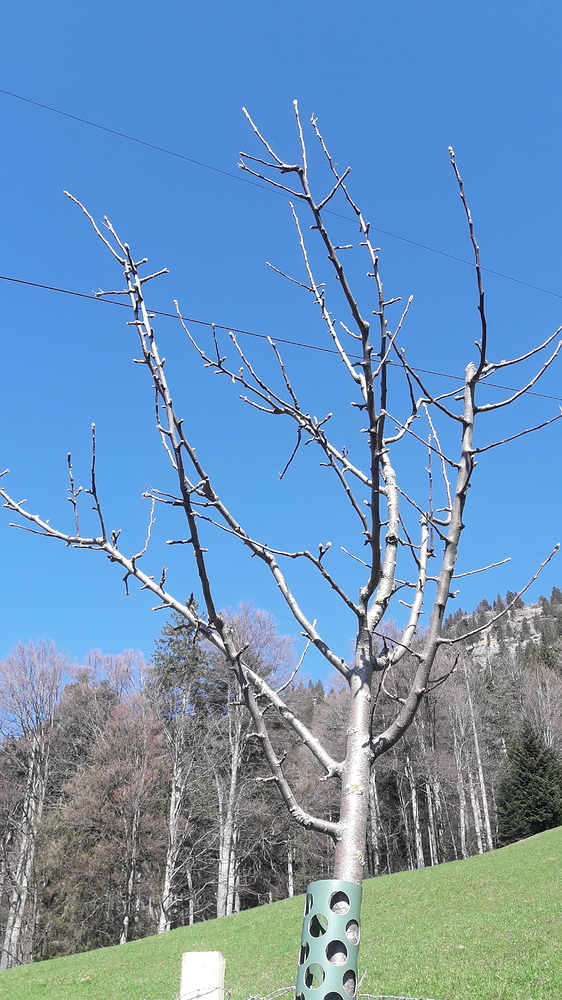 Specifically 20 days ago, honeybees, maybe a hundred or more, were all over the crocus in a yard where I was working. It was in low 60’s at the time. The crocus are finished, but daffodils are in full bloom.

And I have burgundy leaves on my apple trees…well some of them anyhow.

I am waiting to hear your report on Redlove Odysso.

is there a gentleman agreement that we should not discuss the virus? because yesterday, silly me, I tried in vain to buy some toilet paper. The shelves are empty, Caracas-style.

I’m anxious to try numerous red fleshed apples, and I’ll probably hand pollinate a few of the Odysso again (and this time cover the fruits with something so they don’t disappear) as I am particularly eager to see if the hype is real. Hopefully I will be able to collect some pollen early enough…I am pretty sure Odysso isn’t the first apple to bloom…its much more dormant right now than a half dozen other red fleshed apples. Two which are supposed to be red fleshed have small limbs and green leaves on M111 and Antonovka roots…and a Giant Russian on a dwarfing root has ‘red velvet’ maroon leaves…it was still dormant a week ago.

What else, besides work and grafting some in the evenings? Well, two sources I just checked say 28 for next SATURDAY night.
(That might mean 18 or 40…by the time next weekend gets here…long range forecasts have been absolutely terrible and undependable this spring!)

@nil Justin, you are a pro! Looks exactly like my Egyptian wife’s baklava

. The best desert ever…

Shoveled some wood chips yesterday from the free municipal site. It always looks like so much in the back of the truck, but when you spread it out on the garden you wonder where it all went. Most of it was still frozen so I wasn’t able to get as much as I was hoping to but it still felt good to get outside and do something. Pruned a few pieces off of an apple and plum tree as well. Spring can’t come soon enough for me!

Perhaps a topic just for the virus

Only level 3 members have access to the lounge unfortunately.

Just had a brief cold front whistle through last weekend. Maybe 2 inches of snow and lows around 15°F. Today 22°F at commuting time and expected high about 42°. Trees - even Redfield, first apple to bloom - still sleepy.
As usual, bloom will rush by when spring finally arrives.

I bought lots of garden soil on sale at Costco to grow vegetables. The line to get in was long because only a certain number of people were allowed in the building and there was a 6 feet social distancing policy. 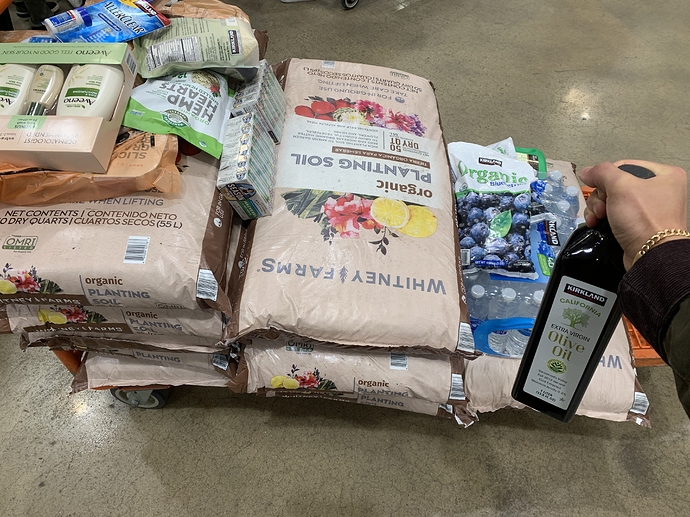