I have the same thoughts as you, Paul. Lots of figs are what I want even if they’re all the same kind or very similar. I can’t afford to be picky with limited space and a marginal climate. No matter what, my everyday, ordinary Joe figs still taste better than 99.9% of figs at the grocery store. My potted figs provide that little bit of diversity.

of course variety is to be pursued as well, as anyone can see with my long list lol!

That is great!! Glad to hear of your mother’s MBVS in 5b!!! I should be in good shape with mbvs in 6b!

I hope you give us fig reports each year as things progress!!!

So here are some pics.
MBVS, 3rd year of winter survival. 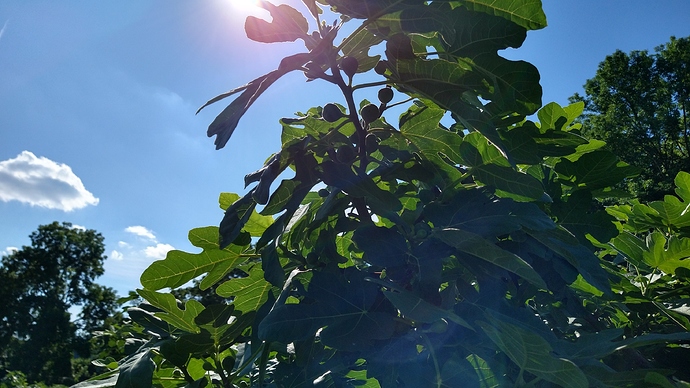 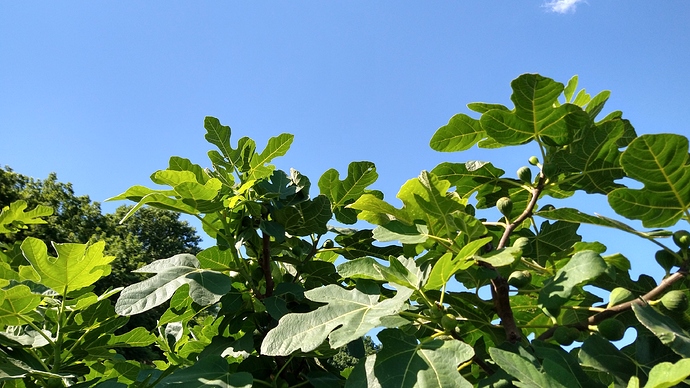 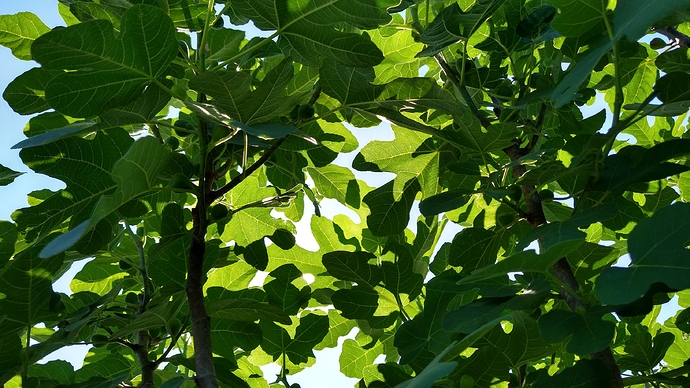 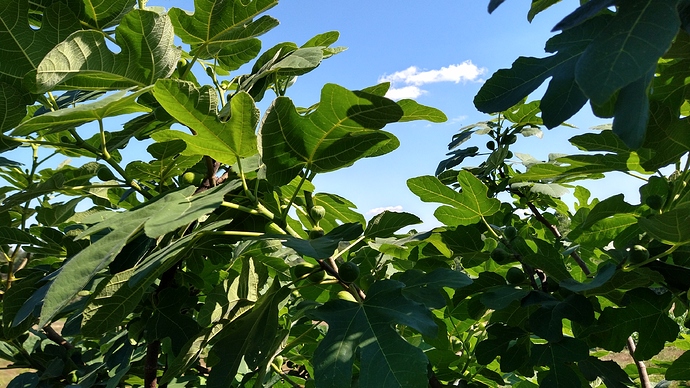 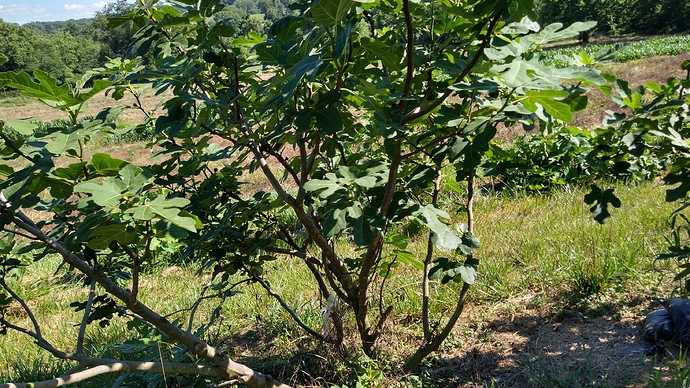 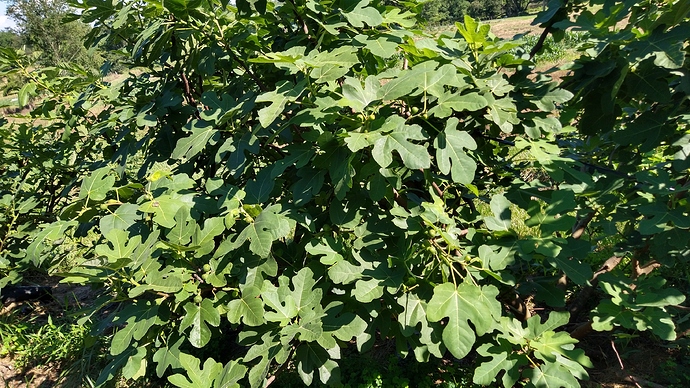 Gino’s on left, one winter of survival. 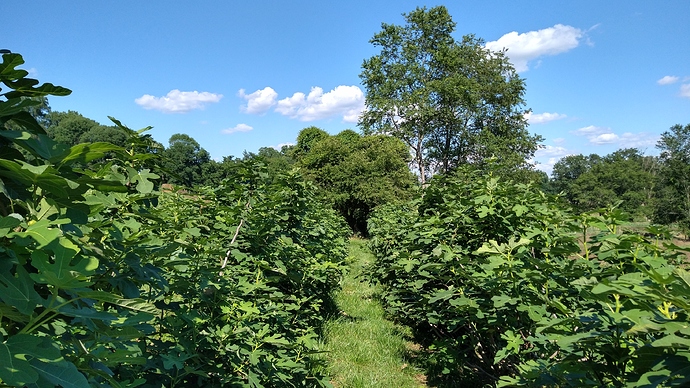 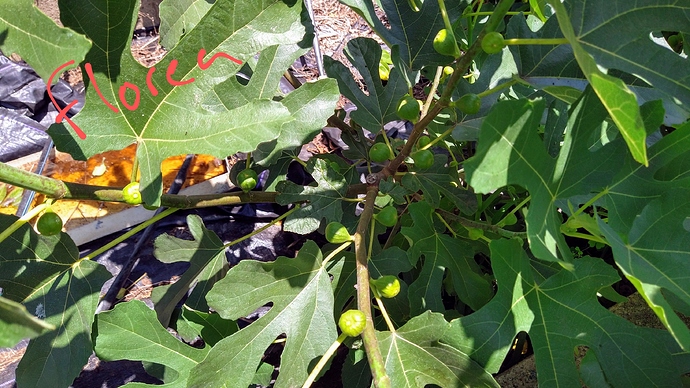 I’ve had good luck with a Celeste, but I’m 7a/7b. No breba, but the main harvest is looking good this year.

I have a Chicago hardy in ground. This is the 3rd year in ground. Seem to be doing fine. Expecting few fruits this year. 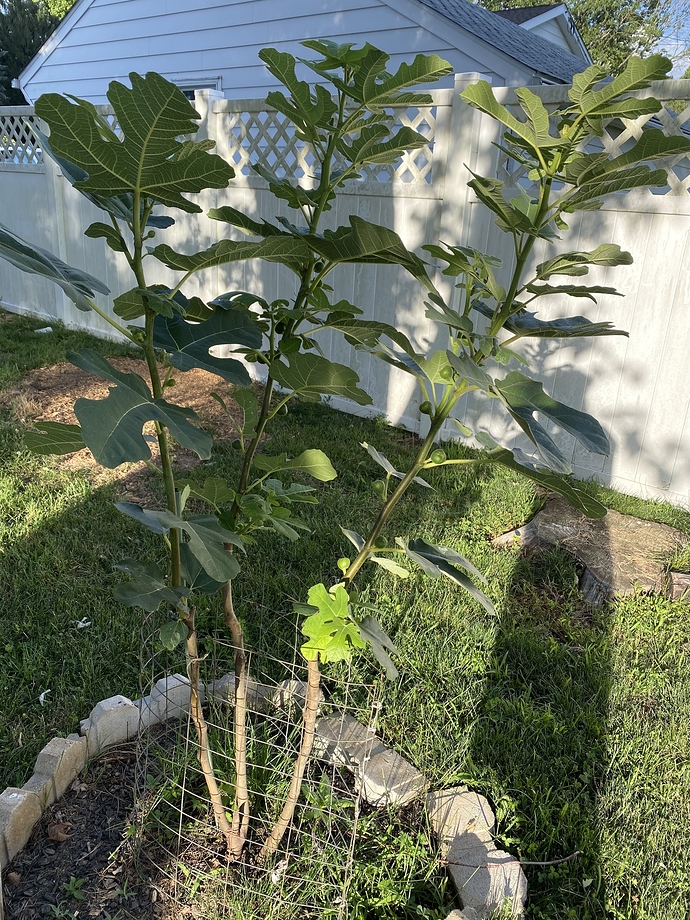 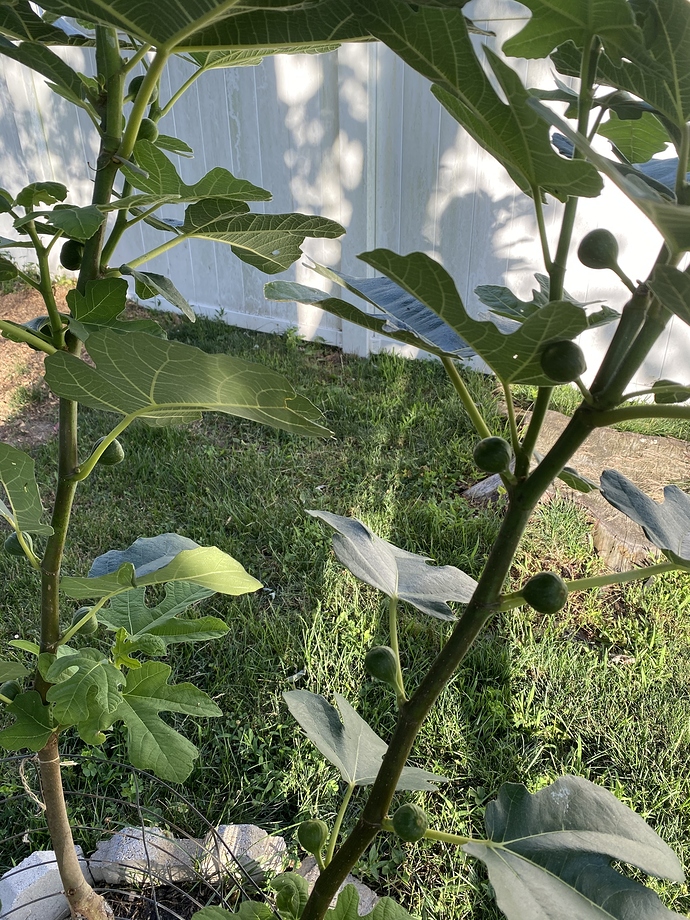 The ‘Unknown Carini’ fig variety, the one from figgy frank is a non Mt. Etna-type of fig tree that is very cold hardy. There is more than one variety called ‘Unknown Carini’. All originating from Carini Sicily, yet I know almost nothing about the other one(s). Here is info about the fig variety https://www.foodplace.info/Bountiful_Figs/viewtopic.php?f=24&t=561#p5269

Some people have compared the flavor to the Mt. Etna-types, yet the variety has not tasted like that from my tree.

Wow that sounds like another good one to trial in z6 areas!

It’s very nice to see what’s productive for you, Brent. MBVS always seems to do pretty well and yield abundantly. It was great getting to meet you a couple weeks back!

It’s looking like one of my better years hear as well. Mainly celeste and brown turkey, but those are also my oldest. Finally paying for all the times they took off.

It is always nice to meet up with fellow growers, if you are going to be out my way during fig season let me know

Here’s my Mary Lane fig tree. Grows well, took maybe 15% damage over the winter, and almost refuses to fruit. I just barely have pin size figs forming now and only on a few shoots. I’ll give it another year but it’s well on its way to being the first culled inground. 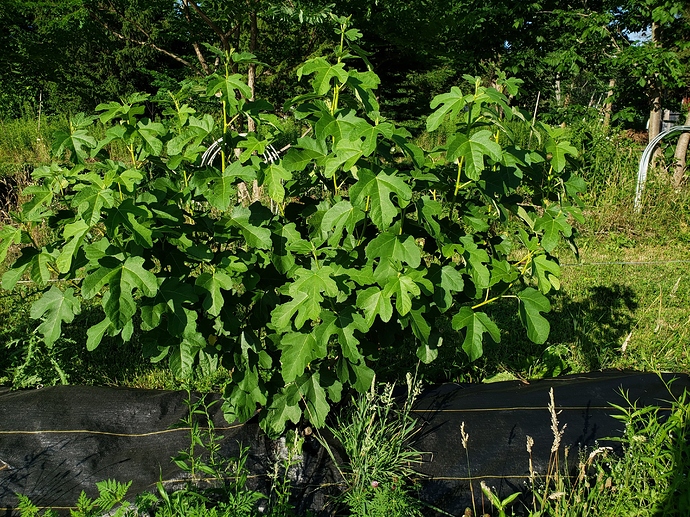 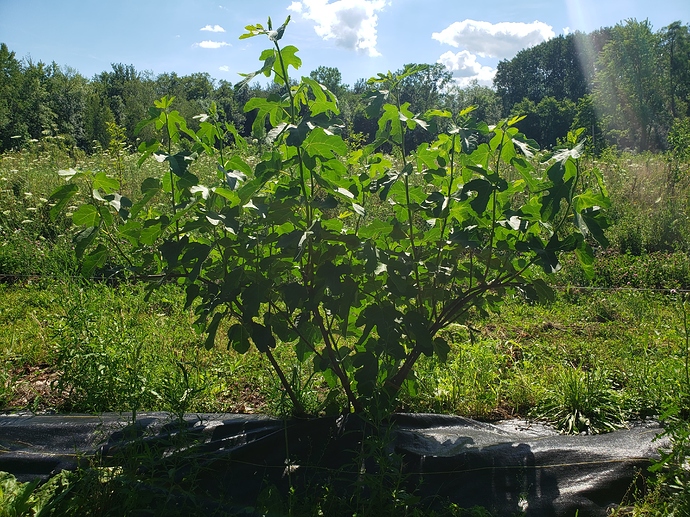 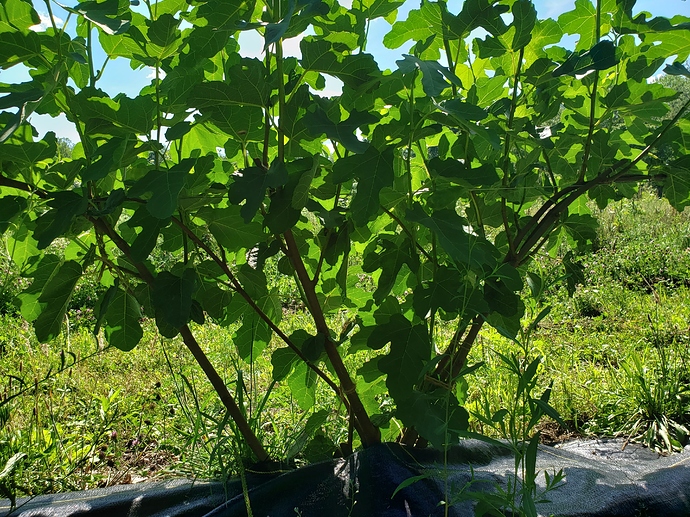 Aww man thats too bad! What has been some of your better inground producers?

Well most of the inground trees were planted last year so I’m withholding judgement on them, but of the six that were planted in 2018 the Mt Etnas (Chicago Hardy) and Unk Mark Nelson’s (probably a Celeste variant) are the most productive.

I have four in ground figs. Hardy Chicago, Salem Dark , RDB and Carini third and second year plant. All have good number of figs specially Hardy Chicago and Salem Dark +50 . In November I cut these about 12 to 18" and buried half way under wood chips. No major die back after winter. 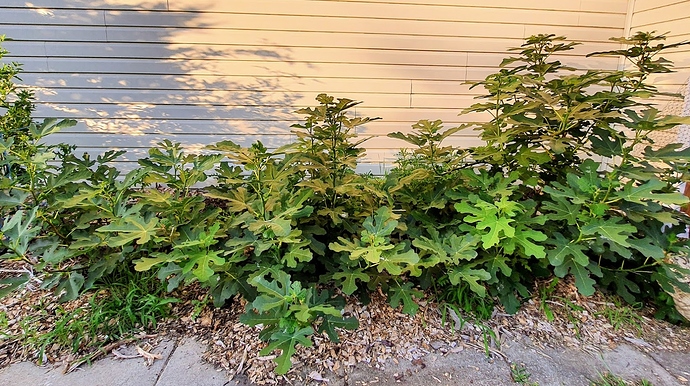 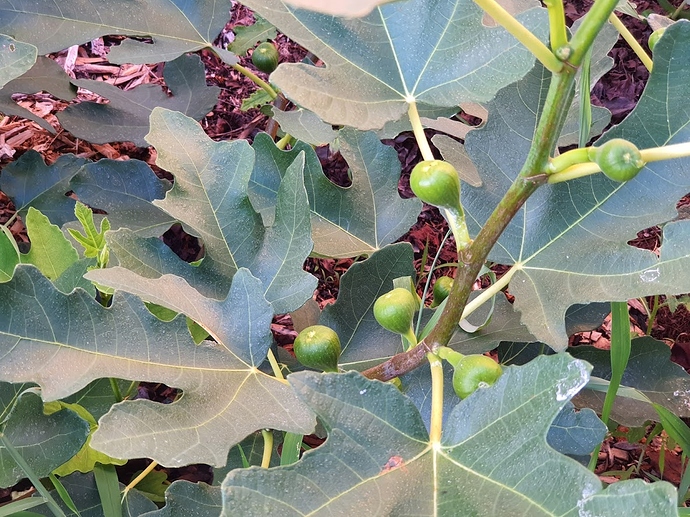 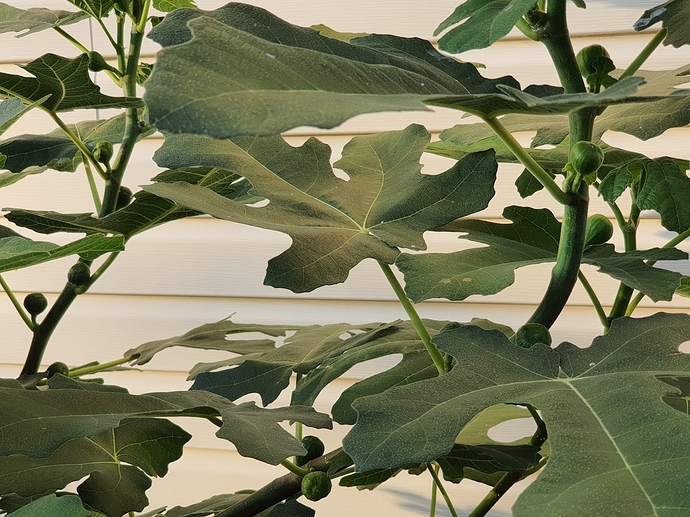 Great updates @DCinFLX and @Naeem !
Salem Dark and Mark Nelson’s sound like great ones to trial and note!

I found first Hardy Chicago swelling and coloring up today. Our intensely hot weather in July certainly helped since spring was cold and hostile. This was a figlet that formed in the first week of June. 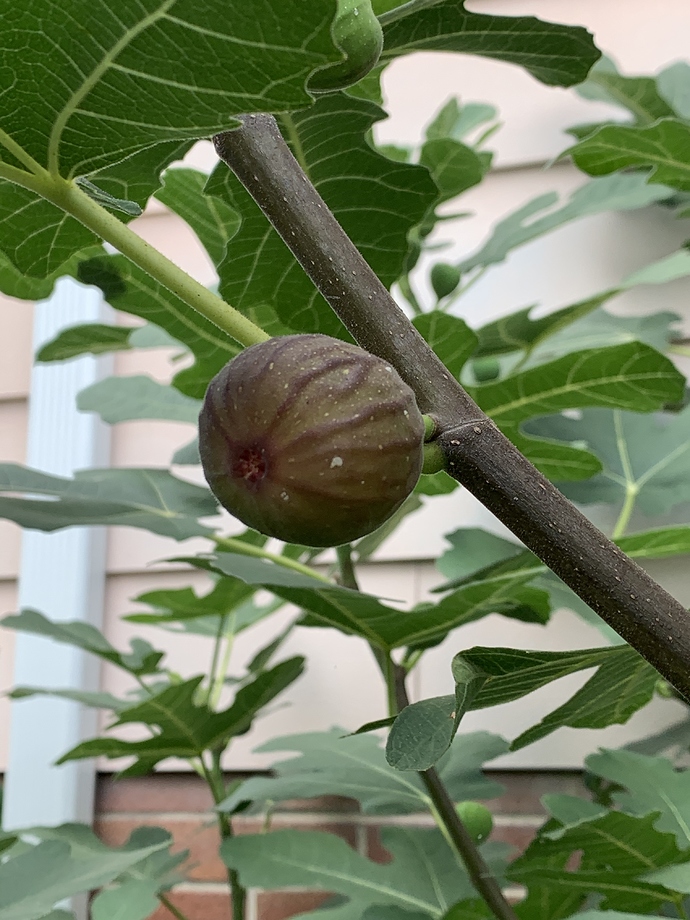 This same Hardy Chicago is ripe today and there were at least 10 more darkening and swelling up. Things are moving along! It’s the largest fig in the picture. 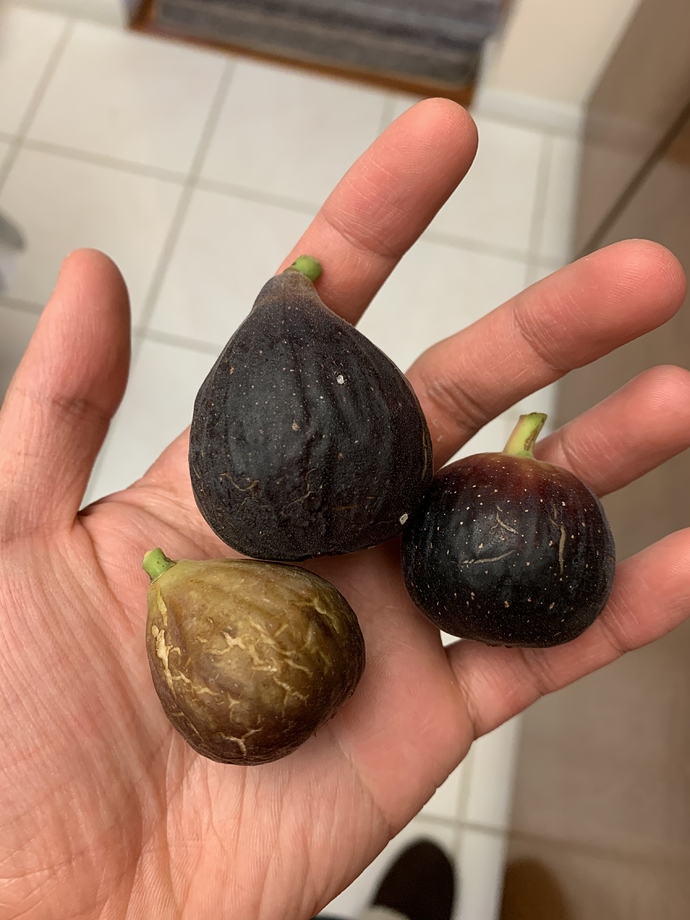 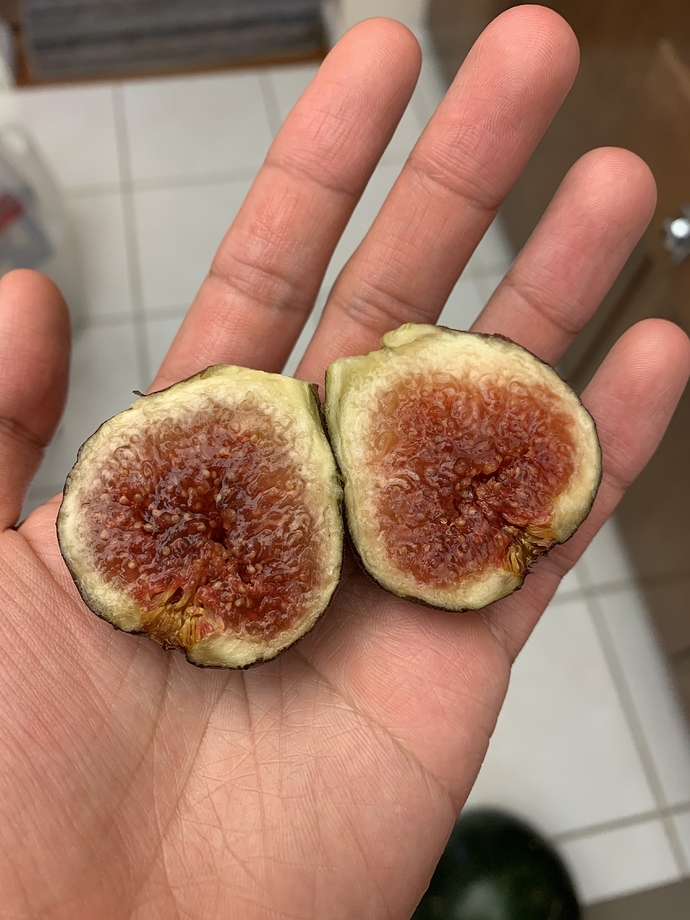 Has anyone ever gotten an Alma to ripen in Z5-7? I’ve got 2 of them (it rooted well when I was first starting out) and neither has ever ripened a fig in 5+ years (planted 2015).

It is just now forming little figlets, a bit late to have a chance to ripen. 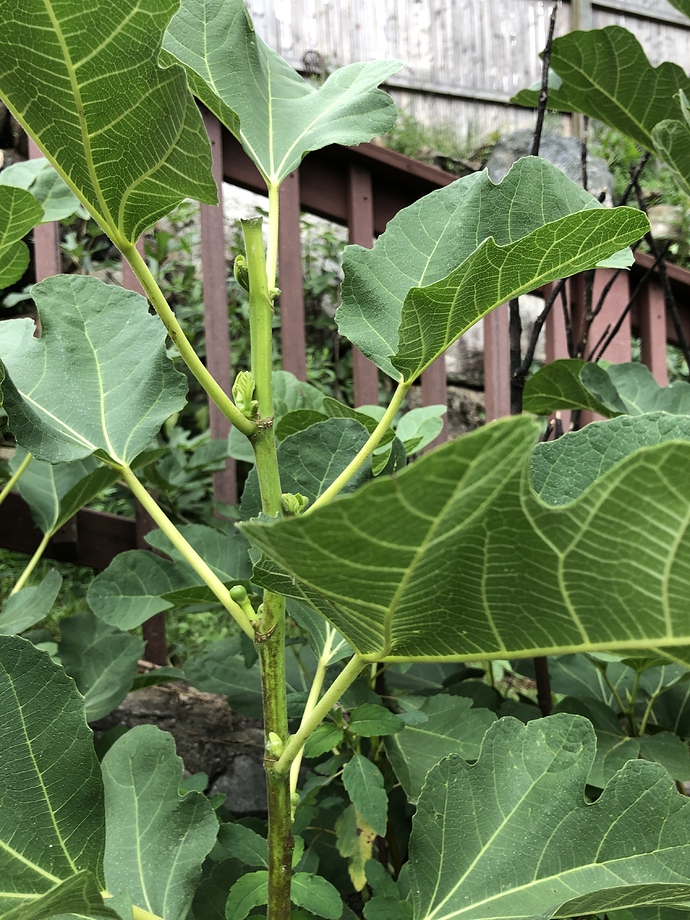 Right between the two Alma is Celeste (from While Foods, so it could be something else…). It is 2 years younger and has figs that actually stand a chance of ripening. 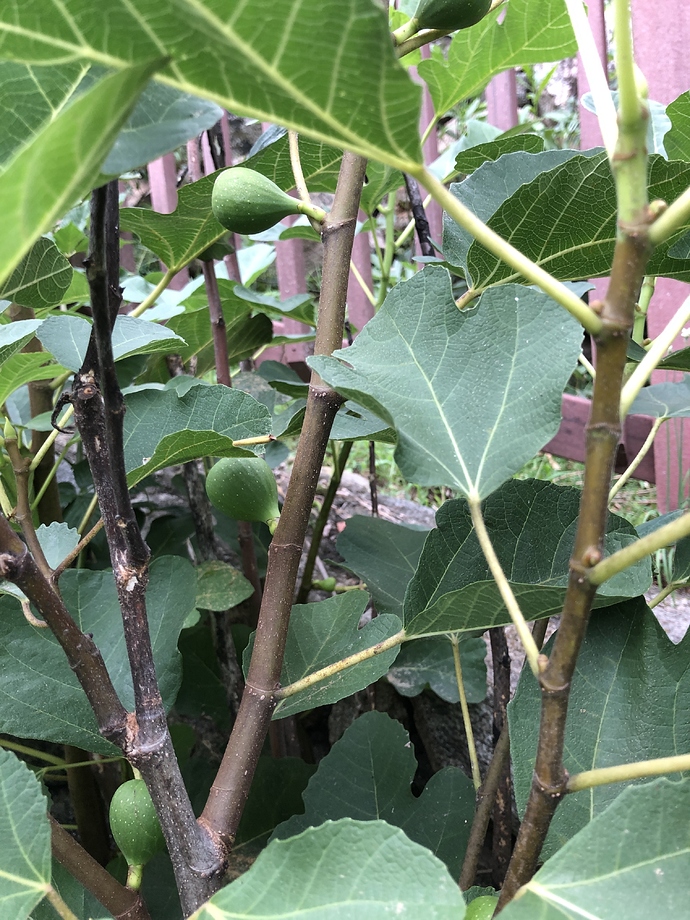 I planted a really old, one trunk MBVS in heavy construction CLAY last-year that however did not come back. I say and it’s said that come mid-July if any hardwood doesn’t return that it’s done.

I actually had a HC come back in September. I had already planted something in its spot (the above Celeste actually) and was checking on it when I noticed the HC coming back right next to it. I potted it up and it is now growing happily in another location. 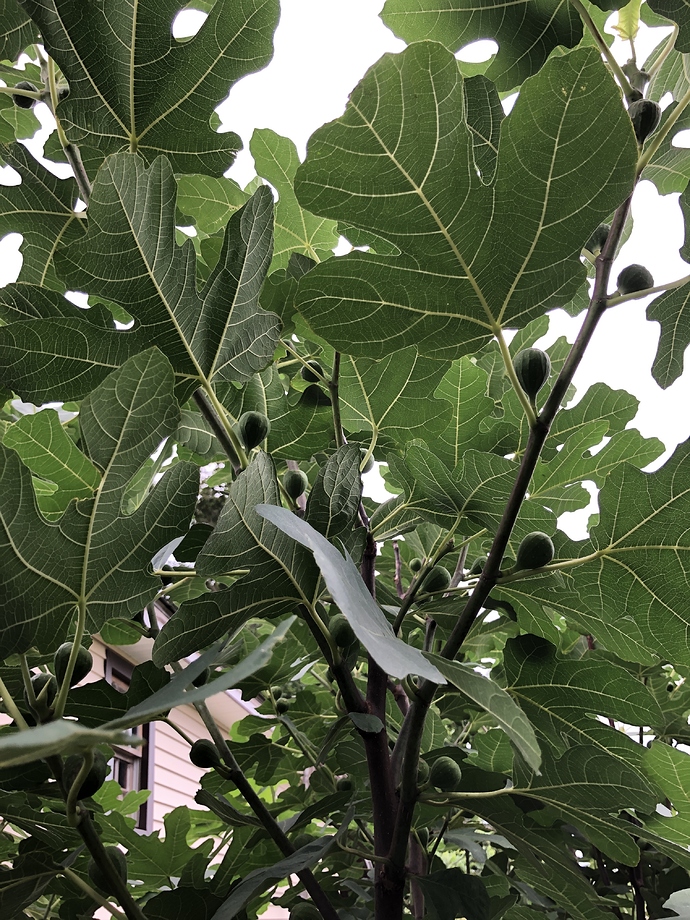 Reservior_fig_08-06-20203024×4032 4.1 MB
My favorite fig tree. It is 30-35 years old (though I only purchased the property it is on in late 2018) and seems able to mostly take care of itself. I just mulched last fall- no complicated protection. Though it was a pretty warm year. The previous year, I made a half-hearted attempt at protecting it which failed, as it died to the ground. But, since it quickly grew back and produced a large crop anyway, I decided to not bother with any large-scale protections.

It isn’t exotic flavored, but is reasonably tasty and produces very well, even on first year potted cuttings. It ripened last year in mid September. I’ve given out a bunch of cuttings the last 2 years, so people may start to have some experience with it soon.