I am surprised your Irish Spring soap has worked for you.

Only the one with “Original” on the box. It really smells very strong in the dry heat. I saw on the camera that the squirrels tried to avoid them.

I used the soap f many years ago but it did not seem to work. Will look for the original to again. Thanks.

I don’t know if it will work in the rain. The water will dissolve and make a mess on the ground, and the smell may not be there anymore. I usually remove them before the rainy season.

That’s what I thought. We have a lot more rain than you do, even with our “ drought”

Got the PF24C tree netted yesterday. Birds were starting to get after the peaches. Still about two weeks to go before they are ripe. Took two 30x30 nets. 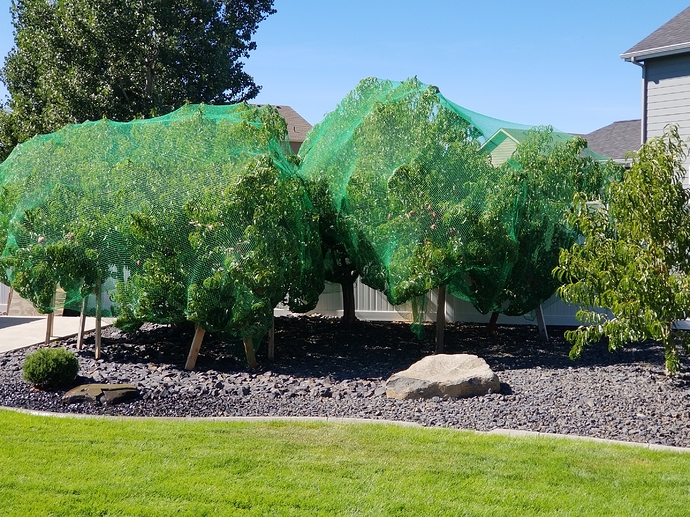 How many trees are in each net? It almost looks like more than one.

Just the one tree. Found a seam between two main branches to be the dividing line between the two nets. There’s some 2x4s supporting some branches. 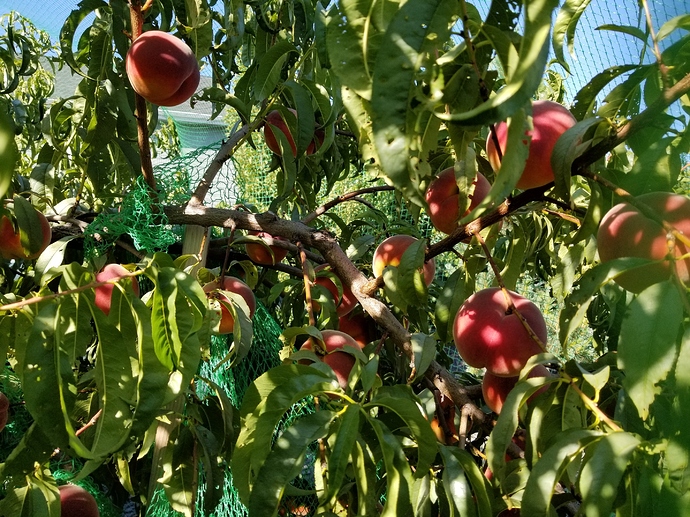 . I should still do this next year though.

I think it’s the color. The darker the color, it seems the more they are attracted. My white apricots get very little attention.

Discovered in Newport, Vermont, circa 1870, Magog Redstreak, according to Hedrick in 1914, “has been on probation for nearly a half a century.” It has barely survived into the 21st century. In the old apple books, its fruit was consistently rated from fair to good as an eating apple, but Hedrick called it of “unquestionable excellence” as cooking apple. Tomorrow they go into a kuchen (if we can find our late friend’s recipe). 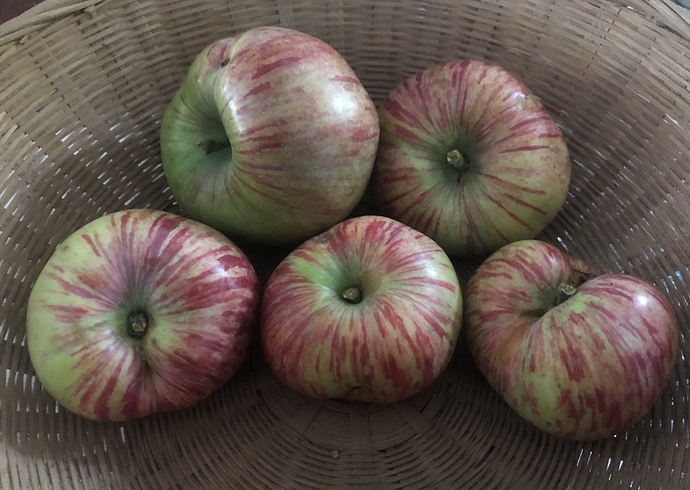 i know of several wild apple trees here that produce apples just like this. yes they are a good cooking apple. collected and made some applesauce mixed with wild y . transparent. very good.

Made a short video regarding July Elberta and Red Baron Peach if anyone is interested. Red Baron reminds me a lot of Indian Free.

Great job, not easy netting trees of that size! 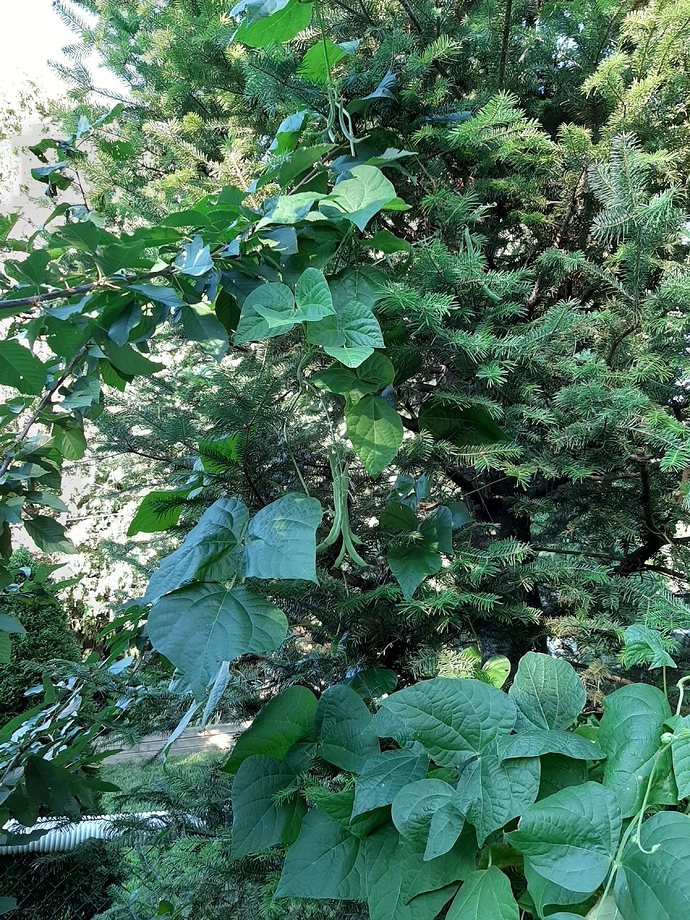 Nice display. What variety of okra do you grow?

What variety of okra do you grow?

Its called Desi Okra normally you will find at Asian grocery stores.