I store my winter-spring apples in a giant fridge in my basement. It has auto-defrost and the apples are in open boxes, but it doesn’t dehydrate the fruit as quickly as it would in a warmer room and with the door opened more often.

But after 9 months in storage, most of the apples look like disgusting mummies with at least some rot. I’ve long endorsed Gold Rush as being a great keeper, although in open boxes it starts to wrinkle up after a few short months in defrost.

Most of the Goldrush are worthless now- out of at least100 I salvaged a couple of rot-free mummies. Suncrisp actually held up better- with less rot, for some reason but the overall winner is Early Pink Lady-(Barnsby strain?) a third of them still look pristine and beautiful and also have retained enough firmness.

One season- one site, but I thought it was worth mentioning because I don’t recall much chatter about the exceptional storability of this apple.

Do you ever put some in a bag? I have good luck with that to avoid dehydration although one bad fruit can ruin a whole bag depending on the type. I’m tending toward smaller bags in case I miss something. Some varieties oddly don’t seem to be so affected by one fruit going bad… as long as it doesn’t go on too long. Winesap seems to be that way.

I switched to bagging at some point when I noticed the ones in the bags were much less wrinkled than the ones out. You do need to inventory the bags every month or two as rot spreads a lot faster in bags. One other thing I have noticed is some apples seem to spread their rots much more readily than others.

It is not too surprising that Pink Lady would be a great keeper for you, they probably were picked on the far-early side given your location, and that will up the keeping ability.

Yes, I sometimes put them in bags with a few holes or just cover boxes with a sheet of plastic and it certainly helps a great deal, I just didn’t get around to it this last season and it didn’t make all that much difference. Fruit lower in boxes stayed hydrated and I stored much more than I needed.

Storage is extremely variable from season to season and time of harvest (some varieties need to be picked before fully ripe- the best keepers seem to keep just fine picked dead ripe.

The main point of this post is to state that I’m excited about the Barnsby Pink Lady strain offered now by Adams County Nursery. The original Cripp’s Pink often doesn’t fully ripen here but this one seems to ripen at the perfect time. It is as easy and reliable an apple as I grow if you control scab and CAR.

I bagged those meant for more than 2 months storage and double bagged those to be used after 6 months. Bags get inspected every month to sort by health.

I often leave them in the ziplocks from on the tree. We freeze or dehydrate many of ours. My long-keeping apples are just starting to produce, so I can’t comment on those yet.

I wanna steer away for a second, a quick second. I wanna own something like this. Not soon. It’s on my radar, however. Any comments. I’m gonna put something whether like this or another. Maybe I should build a room, instead with 4" thick styrofoam walls and cool it instead, with shelves? 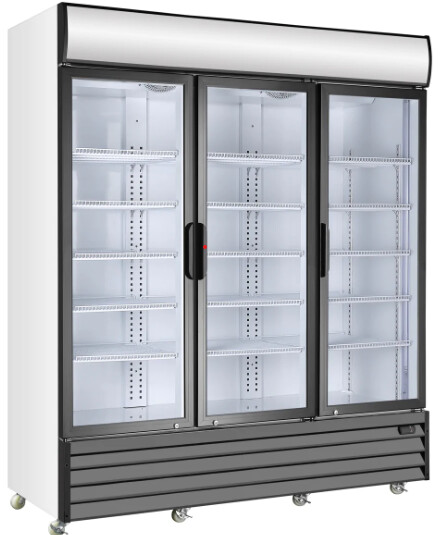 I think that will use more electricity than a comparable size without glass front, due to better insulation. But the glass looks really convenient.