A couple of good videos on summer pruning pomes 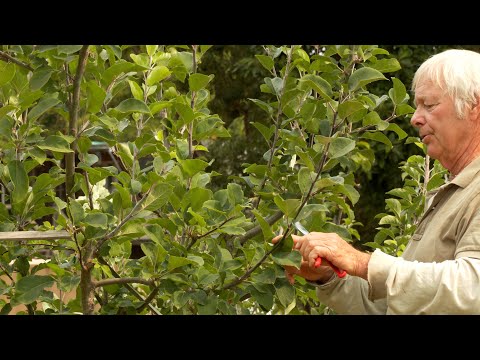 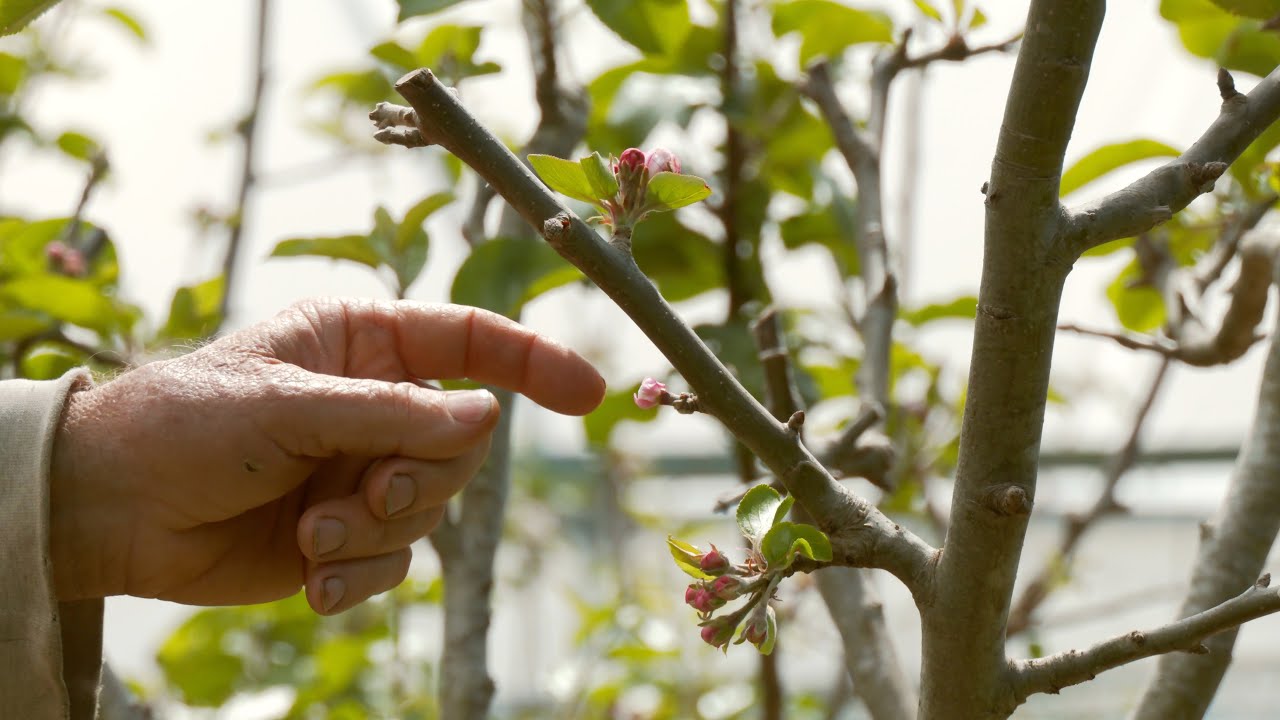 These videos might apply more to summer pruning in areas that have more summer than I do: they were made in Santa Clara, about 4 zones warmer than ours.

This was the very same video I was going to recommend. I’m going to follow his guidance, although three leaves past a fruit bearing spur seems rather short on some lateral branches.

@marknmt
He does mention looking for terminal bud, indicating branch has stopped growing, to determine when to do the summer pruning. In my zone 7 almost all branches have terminal buds so now or a week or two sooner would be a good time for pruning.
Thanks for posting the video. It’s the clearest and most detailed I’ve seen. A great starting point for someone like me who has been pruning haphazardly.

I found these videos very helpful and inspirational. I like the three bud approach, so easy to understand. In tomorrow morning’s cool breeze (I hope) I will start my summer pruning. I have always pruned in Feb. I hope it works for me! More fruit is always welcome.

Here is another good pruning video from Orin Martin. This one on Santa Rosa plum. 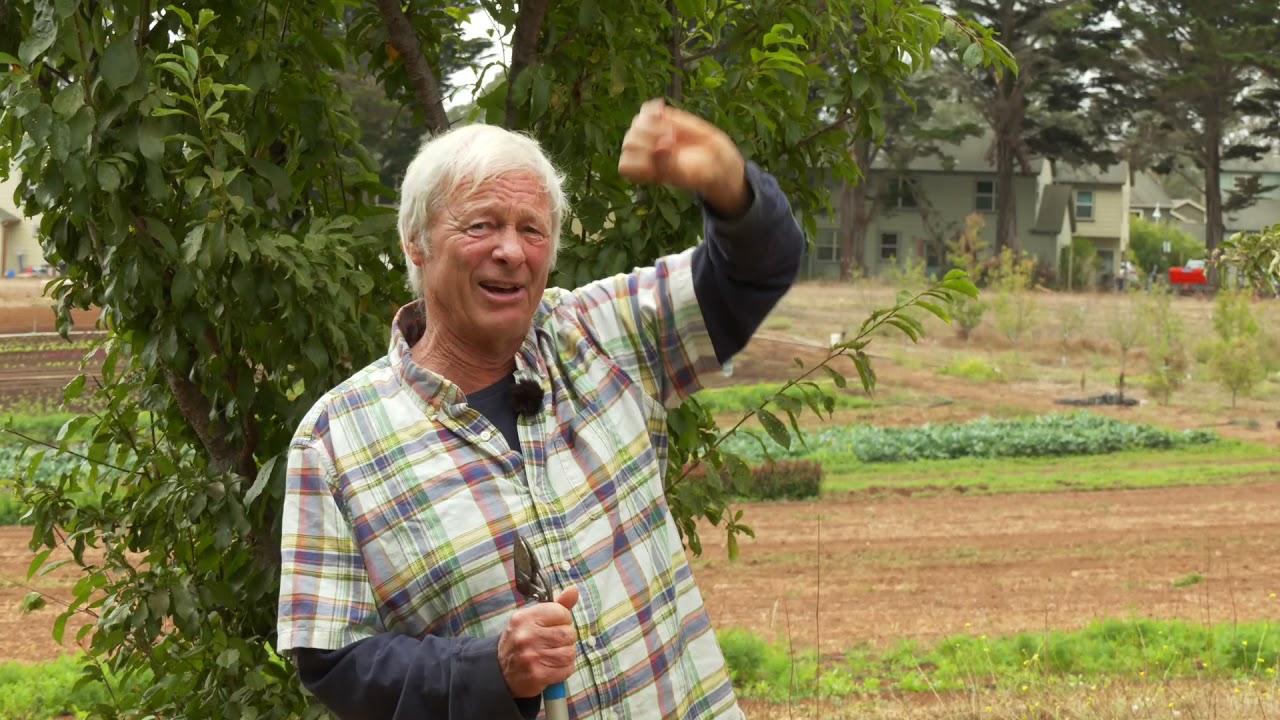 Thanks Mark for posting! Very illustrative and most informative! I have several new dwarf trees that are in their second year of growth after grafting and I have been wondering what to do about several ungainly laterals. This answers my questions. Thanks for sharing. I am thinking that it may be useful for training stonefruit as well. Most reading I have done indicates to prune stonefruit after fruit set in summer.
Dennis
Kent, wa

I have at least a couple of questions about this approach. for one, how well does it apply to stone fruit ? For another, it seems a bit at odds with the concept of maintaining a good number of laterals and removing the oldest 1/3 of them annually. A third: is it leaving enough leaves on the tree for good fruit quality? And how good an approach is this for larger trees, say, 1/2 to 2/3 standard and standards?

A couple of pluses that I really like are that with the reduced foliage light and air will penetrate better and sprays will go on more easily. And I can see that removing foliage will serve to control growth, which I see as a plus.

So while I like the videos and the concept I’d like to see more discussion of the limitations. This approach seems like it would be great for an orchard where you almost never got on a ladder but I wonder how it would work with larger trees. I thought the trees lacked the grace and beauty of larger trees, too, but beauty’s in the eye of the beholder.

Like these videos. Wondering how to apply these principles to my Weeping Santa Rosa with 6-8 ft arching branches.

Funny you posted that. I watched it this morning. I was surprised at how different his approach to pruning plums was compared to apples. I guess I should have figured that out already but I didn’t. That being said, I have one plum tree that was pruned after watching the apple video but before the plum. It was an Ozark supreme, monstrously overgrown throughout. I took down height and went with a shorten the lateral approach much like he illustrated with apples. It was much more difficult to decide what to cut given the knarly overgrown mess I had to work with.

Later, I watched the plum video then went out and pruned shiro. Took off some height, but focused on having four main scaffolds. Took off other wood with a thinning cut. Favored younger outward facing scaffolds over old thick wood. Quite a difference in appearance between them after I finished.

The proof will be in the pudding. Predictions? BTW neither have had fruit to speak of so that didn’t really enter into it. Ironically, both were fairly mature with many fruiting limbs.

Did he do a peach or nectarine pruning video?

I really like the clarity of his videos. He said what he’s going to do, gives explanations, demonstrates in real time, and tells what he is expecting. The apple video made perfect sense to me. The plum not as much.
The apples were fairly straightforward for me except for laterals that were only vegetative. There was no counting from a fruiting spur because there weren’t any. I recalled, he said to either take those completely out or cut to one bud.

Anyone else have comments or experiences following his techniques? I know we are just at the start of summer pruning. I felt these concepts were important to me. I was willing to go all in because my height check in summer pruning and detail in dormant pruning was not providing the results I was hoping for. Too much growth in spring and not enough flowering spurs. After watching this I felt like I had been cutting in all the wrong places and times. In truth, I think I was using heading cuts too much of the time and just stimulating over the top growth. Not just when I cut but where I cut At the same time my response was confined to vegetative growth.

I agree that these methods may not contribute to the overall beauty of some forms. I also see some parts of Stephens videos that I like better.

I did one apple tree a week ago and I already see some fruiting looking growth on those outside three nodes of some scaffolds. Could this be just what I need to get more fruiting spurs or am I going to get a crowfoot kind of growth which I don’t want on those hundreds of laterals???

One of my apple trees is in an espaliered form. I will not prune it until after the fruit is ripe. The other without fruit can be pruned now. My espalier is currently sending out new leaves and flower buds. I am sure it is terribly stressed after the tremendous amount of heat we are suffering through. And no water. Thank goodness I have my trees on a terrace and I have a hose. I have never seen so many leaves drop in July. Horrible summer, for people but my fruit has never been sweeter.

My pruning notes I took from Lee Reich’s latest book on pruning, (have since given away), say pruning verticals back to a few buds does not create fruit spurs, contrary to popular thought. So factor that in.

Well, there are several people here who are giving it a try, so we might get some reports soon. I’m likely to prune out verticals entirely anyway. I have noticed that in some instances repeatedly pruning verticals back to three buds can apparently promote spurring on my pear. (Notice how carefully I hedged my comments! I.e., “noticed” instead of, say, ‘demonstrated repeatedly’ “some” instances" “can apparently” …)

But I wonder whether Reich’s book was considering late summer pruning when he made his comment - the video was specific about that.

Three pear trees, planted close together and with multiple grafts, where in need of heavy pruning. Also a multi grafted apple tree. I pruned them last week and they look much better for access to fruit. I’ll try to remember to report the results next year.
Next I need to do severe pruning of my Methly plum. Bird damage was so severe that out of hundreds of plums I only ate 5. I need to get to a size and shape that is easy to net if that is possible.

I admit I feel like a hypocrite. I read and watch a lot of pruning videos but have not done a good job with pruning my trees at all.

Never mind doing a good job, I don’t even do a decent job as I tend to let the trees get out of hand before realizing that they need pruning. By then, I need a ladder.

Sometimes it seems to me that everything I learn about pruning just serves to show me how ignorant I am!

It’s usually hot as Hades, like now, when it’s right time to lower the top of too-tall trees. The Grow A Little Fruit Tree author says “insist!” they don’t get taller than you want. I remember that word when I think it’s too hot outside. Sometimes.

how well does it apply to stone fruit ?

I mentioned in another thread that in my experience, mid-August heading cuts (removing 40-60% of long whips) stimulate production of fruiting wood on apricot trees. This year my cots were very vigorous so I pruned them in late June, and I am already observing formation of a lot of fruiting wood on them.

For peaches/nectarines, you don’t even need to do that (unless you are trying to bring down fruiting wood that has gone too high), since all their new growth will produce fruit the next season (except for the most vigorous, dominant upright branches).

Also, note that heading cuts that remove 40-60% of the length of vigorous branches on cots and plums are important to establish strong branches/tree structures.

For another, it seems a bit at odds with the concept of maintaining a good number of laterals and removing the oldest 1/3 of them annually. A third: is it leaving enough leaves on the tree for good fruit quality?

Very good questions! I would try this approach with the oldest one third of branches, that I would have completely thinned, or perhaps on half of them.

Regarding negative effect on fruit quality, in my opinion, that’s a valid concern. I always like to minimize any summer pruning before harvest, with apples being harvested in the fall it is hard to follow this, hence, I would limit this pruning to about a third or a quarter of the branches that are good target for such pruning. Also, note that this pruning is done on new branches that has not produced yet, and that are not vigorous enough to be scaffolds or secondary scaffolds, so they would not contribute to feeding fruit by much anyways.

I am not basing my opinion on any actual experience with apples, but on my general understanding of pruning principles.