Now that the Oroville dam near disaster seems to be under control for now, I thought I’d get outside and snap a few pics. It was a beautiful day here, mid 60’s and things are starting to wake up. 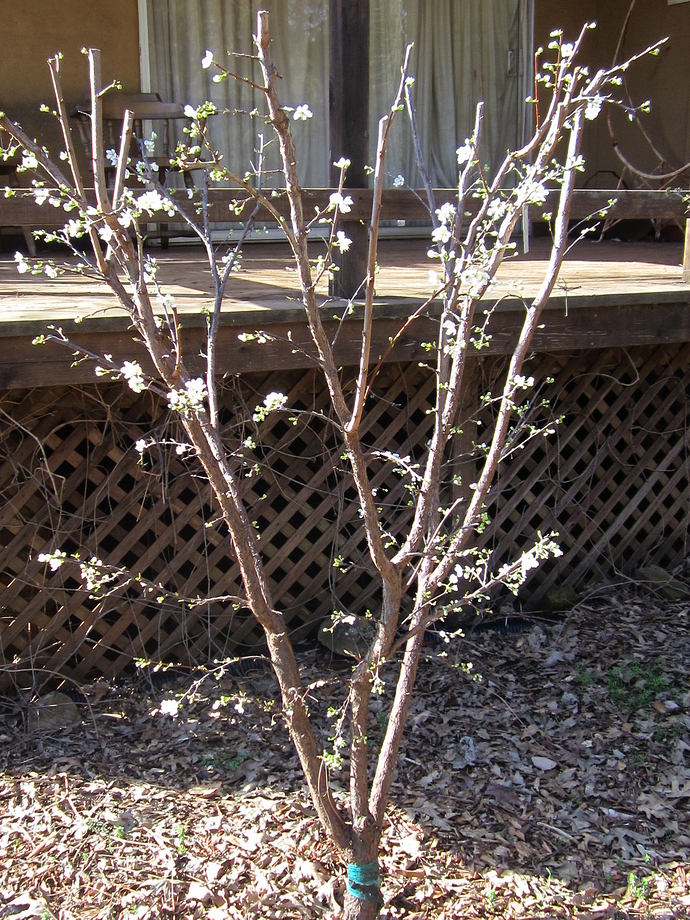 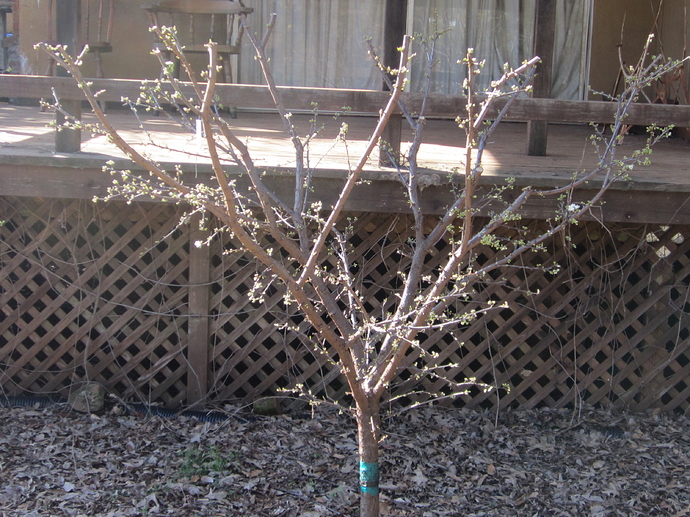 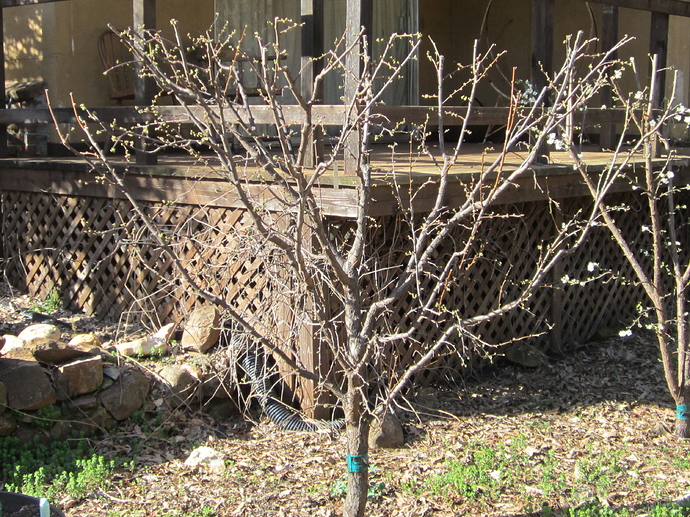 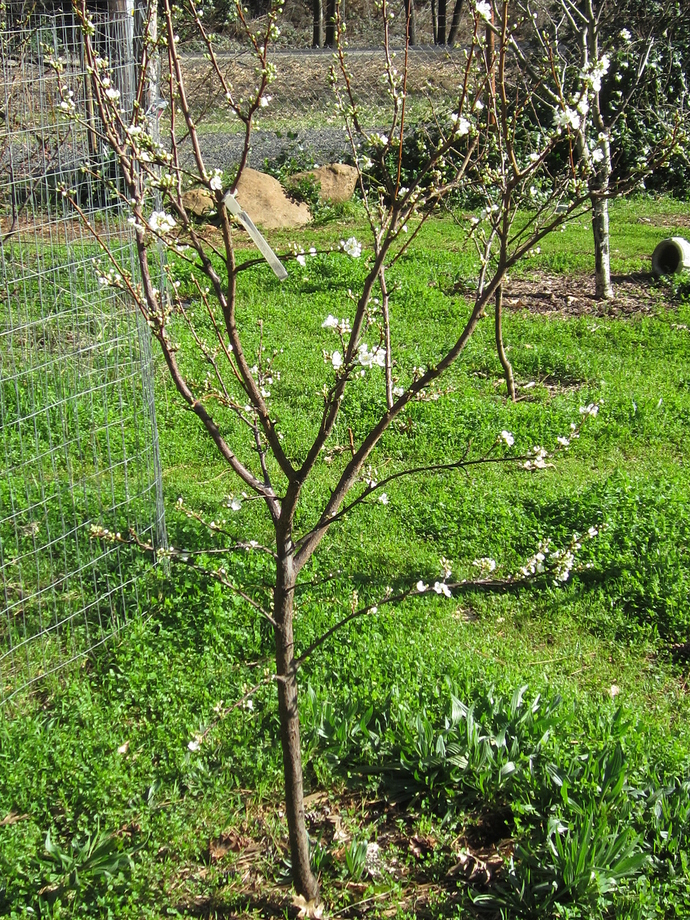 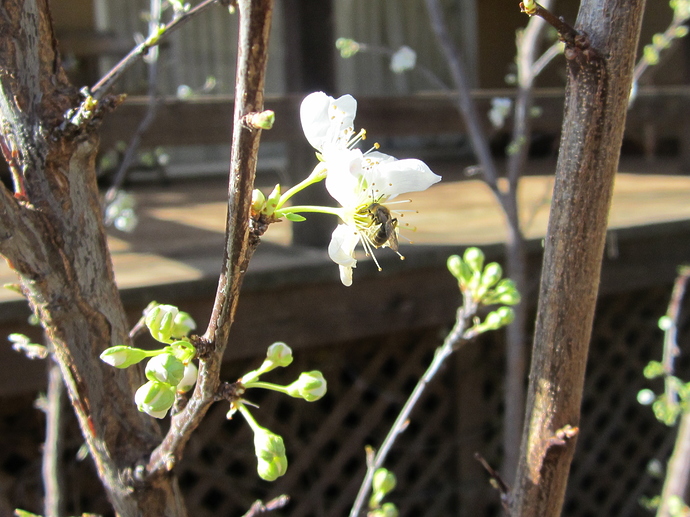 Are those trees kept at that height always or are they just very young trees?

The top 3 have been in the ground 5 years. I keep them around 8-9ft during the summer and cut them back to 6ft in the winter.

Very nice trees, Steve. I guess after 4 years, you were able to enjoy some fruit off them? Did you happen to get them from Bay Laurel?

Yes, I imagine the sunny weather is a nice reprieve, considering the previous few days. But, I hear the rains will be back in a couple days. I heard they’re letting folks back into their homes for now, but wonder what will happen later this week.

The past couple of years they have been loaded with fruit! I bought them locally but I did by a 3n1 pluot from Bay Laurel a few years ago and was very pleased.

They are letting people back home but a lot of people still want to stay at shelters until the next round of storms pass. Supposedly, these next storms will add up to less water coming in than going out of lake Oroville. Time will tell.

Do you have citrus up there? It looks very green. I always love when it first turns green…it takes some adjusting after months of grey.

There was an old Mandarin in a sheltered corner that died a couple years ago, I’ve tried planting citrus a couple of times but they ended up failing. Too cold here. I also tried a cold hardy avocado but that failed also…Oh, it doesn’t stay green very long, soon it will be brown and wildfire season.

Beautiful trees and so cheery to see the blooms! Here in VA the weather has been spring-like but it’s still a bit to blooms.

Just curious, as a pruning newbie, the first and second pictures look like open vase style but is the third still that or more of a modified central leader (with height controlled)? The trees look very nice!!

I finally had a chance to get out and do a little more work between storms. Mostly weeding and mulching but also a little grafting.

These are Flavor Grenade pluot and Stella cherry, freshly weeded, mulched and caged. Ha, two down, a whole lot more to go! I still need to get a couple more rolls of wire. 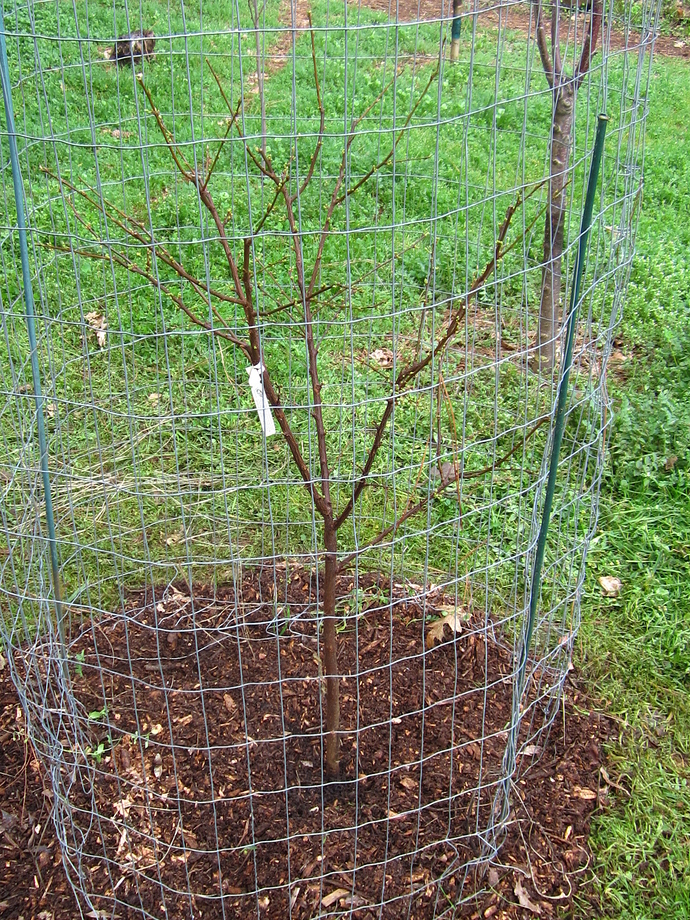 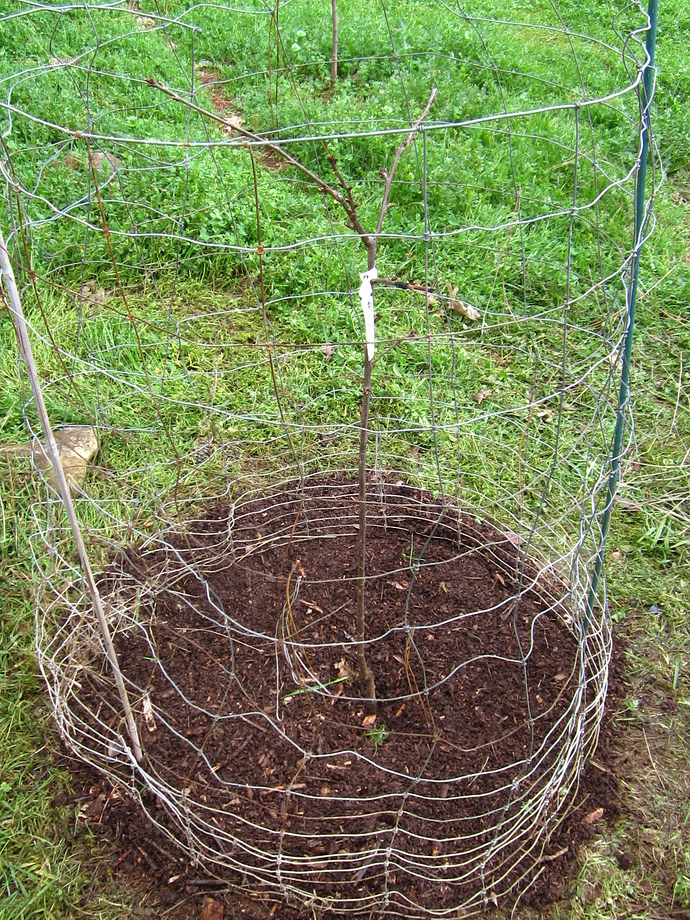 A couple of grafts I did today, A cherry and a prune. 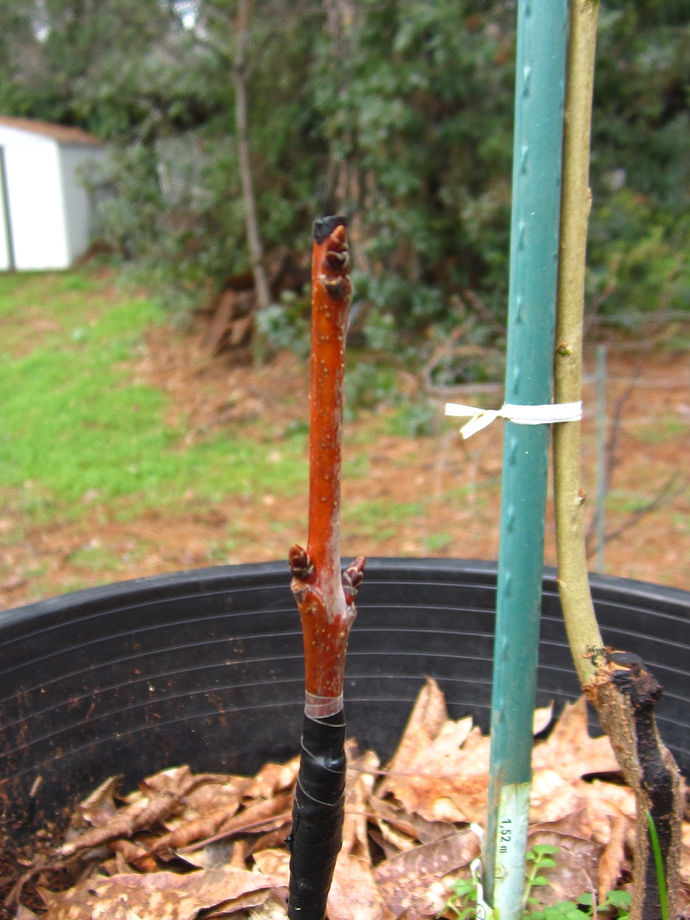 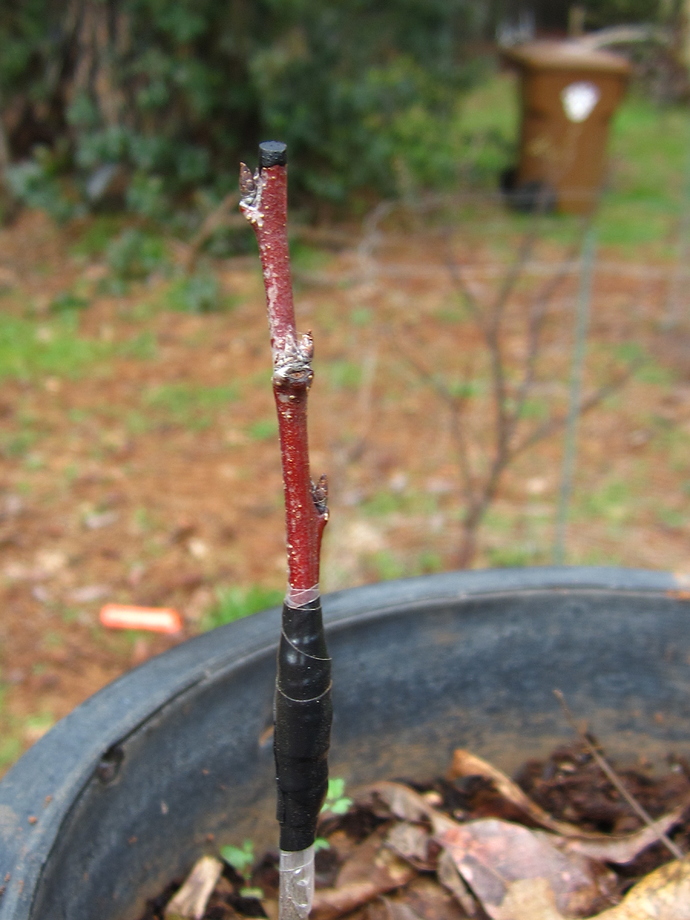 This is a Pluot graft I did a couple weeks ago, it’s starting to show signs of life! 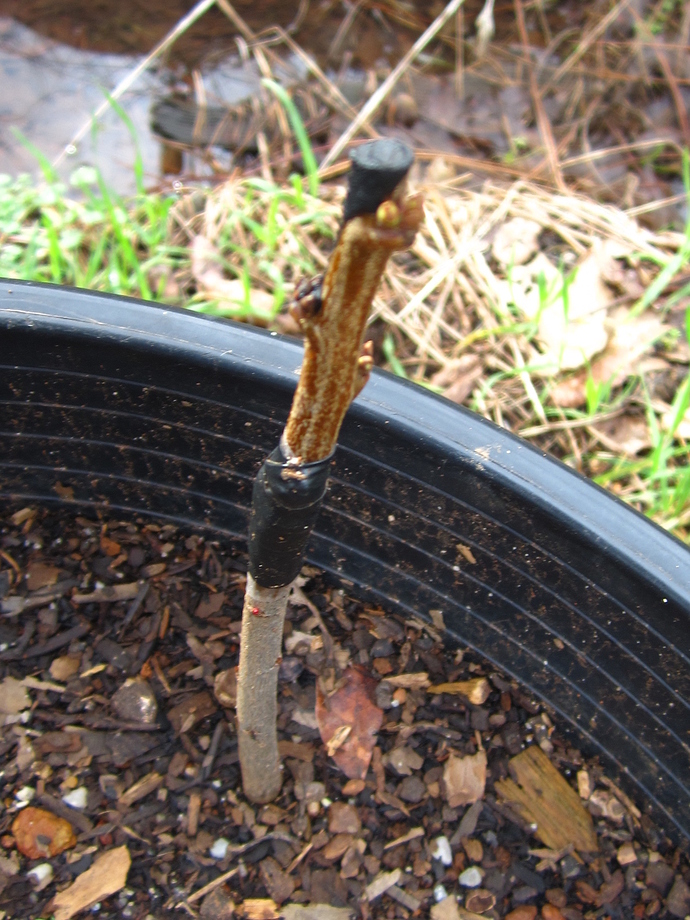 Atomic Red nectarine is starting to put on a show! 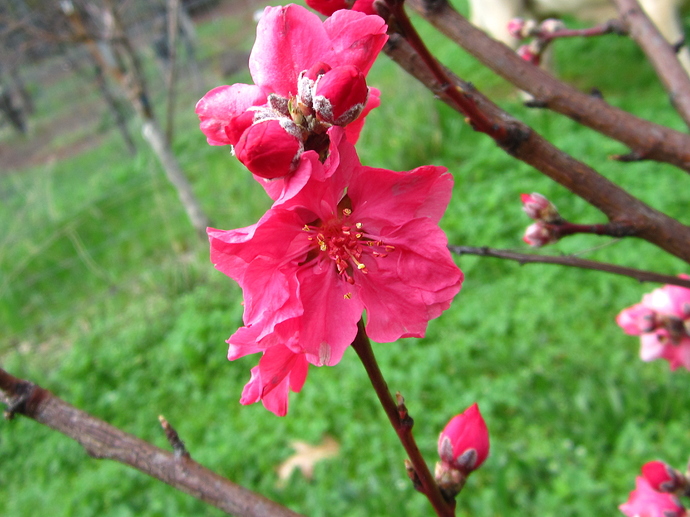 My two “helpers” They think playing fetch in the mud and the rain is just the greatest thing ever! Max has the ball, and Chester really thinks he should share it. 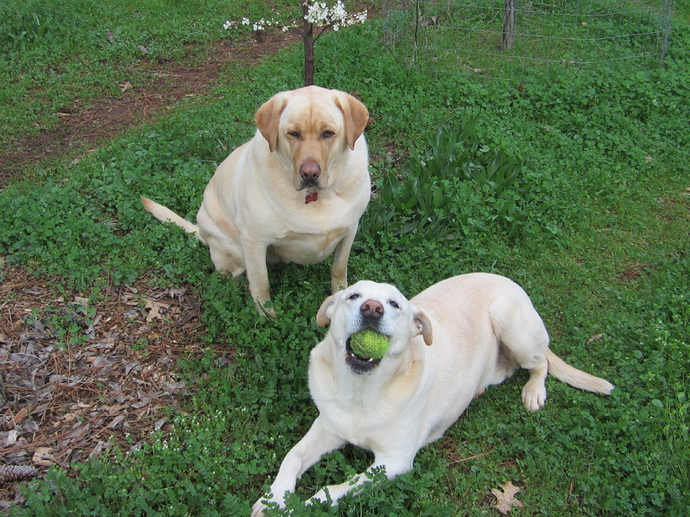 Steve what did you graft your pluot to?

I grafted it to a seedling plum. In the corner of my side yard there is an old seedling plum tree. every spring I dig up the new seedlings that sprout underneath it, I usually end up with 30 or so new rootstocks.

Do you know what seedling it is? Is it a pluot seedling?

It’s not a pluot seedling. It’s an old plum, it’s been there 30+ years. It has tiny plums that are mushy when ripe and not very good.