I bought an apple tree that will replace a plum that would not grow, 1 foot of growth over 3 years and looked sick during that time. I have done soil samples and corrected issues but still not growth. Some of my other trees are acting the same to a lesser degree. The grass and weeds look great but the trees don’t. I have read that mycorrhizae is a waste of money and is already in the soil. This part of my orchard had a lowboy trailer parked there for years with no growth underneath. Do I have sterile soil? Its been 3 years and the grass grows well, wouldn’t everything be ok by now? Should I add mycorrhizae to the apple I am about to plant in this former dead zone? Does the fungus die without actively growing roots in the fall? I will be mixing in lots of compost when I plant.

You may even see that the plum roots are “junk” and that’s the reason it did not grow. I’ve dug up my share of trees and shrubs where this happened.

The thing with mycorrhiza is there are so many different strains of it, and identifying what strain is in your soil is impossible. A new strain added will not hurt and can still be effective from the conversations I’ve had with a friend. I wish I had more to say regarding this, but I don’t recall everything we discussed.

When I worked as a turf/tree/shrub applicator many years ago we did a big job on a mature Beech where we used an auger and drilled holes 18" down about every two feet beneath the dripline of this tree and then added (from what I can recall) about 1/2 a cup of mycorrhiza in each and then put the soil back in the hole. Whether this helped or not I do not know. Since, I moved from there across the country.

Where mychorizal inoculation may be beneficial is in prairie soils or where no trees have grown for a very, very long time. That and soils that have been sterilized in some way or where mining operations left nothing but soil from deep underground. Otherwise there is no existing research confirming a response to these products in natural soil.

Have you tested your soil? Do you know the history of it? Is drainage good and is the soil reasonably loose? What is its texture? Are there any established trees in it doing well? Any off smells in freshly dug soil?

I personally add mychorrizae to each and every tree, bush, housepant I buy. I swear by it. I have also read the reviews that state it is a waste of money, but my trees grow well, have better drought tolerance, and overall health is improved. I am not saying it is a fix everything and nothing will ever go wrong either. I sprinkle it directly onto the roots and mix it in the soil when planting. You be the judge of course, but I certainly don’t believe it is a waste of money. Just for reference, I am in zone 6 of West Virginia.

Have you tested your soil? Do you know the history of it?

I have tested and did as recommended, added extra Mn and Mg on top of lime and 15-15-15 with micro. I was low on boron and did not add any until a month ago after the trees still did not look good this summer. Maybe that fixes all my problems. Very sandy soil so drainage is not a problem.

Think it is ultimately a nutrient problem, just can’t figure out what. It is very poor soil. One row of trees has 3 apples that are doing well then the spot I can’t grow anything, then a pluot that looks great then another plum that is growing fast but is pale looking. The next row has a good looking persimmon and then nice pawpaw then a nice mulberry then a che that’s doing awful then another pawpaw that’s doing well. I can’t figure out why one spot does great and 10’-15’ away is so bad.

Red x shows problem areas, photo is a year and a half old. 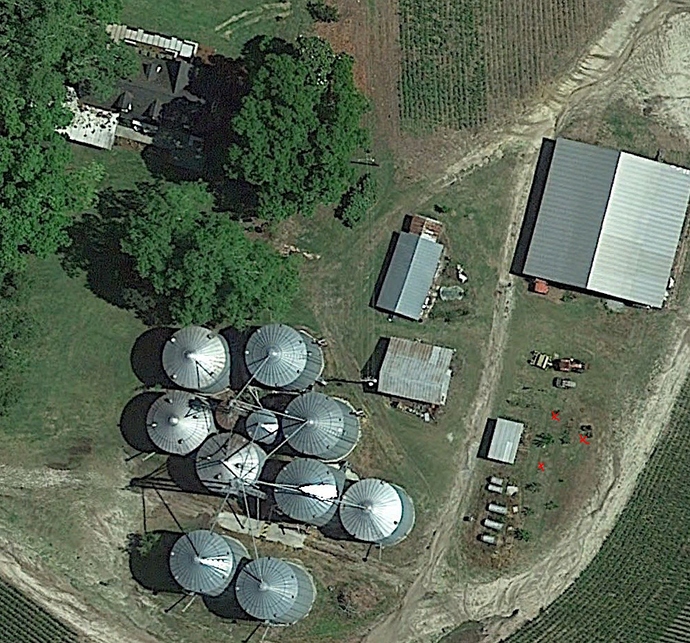 Sand doesn’t hold water or nitrogen. Obviously, composted organic matter generously blended with the soil can go a long ways in solving both issues. Even a thick layer of rotting arborist wood chips makes a big difference as a mulch. A time release synthetic nitrogen formulation- say 90 day applied in early spring can work well, (applied under any mulch). Otherwise, weekly applications in spring will work.

Even without a test, in the vast majority of soils nitrogen is the only nutrient capable of increasing vigor of trees. In sandy soils it leaches out quickly and while organic sources can resolve the problem, it is easier to get a dramatic growth boost from a synthetic form. In your soil, water must also be monitored carefully. It takes very little time to dry out feeder roots, and this can stunt trees.

What is the pH of the soil? Are you sure there isn’t salt in it?

Ph is 6. I get the spreader truck to drive by with lime while he is doing our fields in spring. I put out triple 19 mixed with the Mittleider pack and epsom salt three times a year, Feb, May and end of July. I don’t think salt is a problem.

There may be something toxic in the mix difficult to test for if none of the issues I suggested are applicable. I would seek help from an agricultural soil test lab that serves commercial farms in your area. Leaf analysis may be helpful. It is sometimes a clearer diagnostic tool than soil testing.

If there is a nutrient problem, there would likely be some fairly clear symptom recognizable in the leaves.

Nematodes? I’ve no experience with them.

Where mychorizal inoculation may be beneficial is in prairie soils or where no trees have grown for a very, very long time

In my own experience I have found most of our soil in Kansas to be lacking endo mycorrhizae fungi for the reasons Alan mentioned. 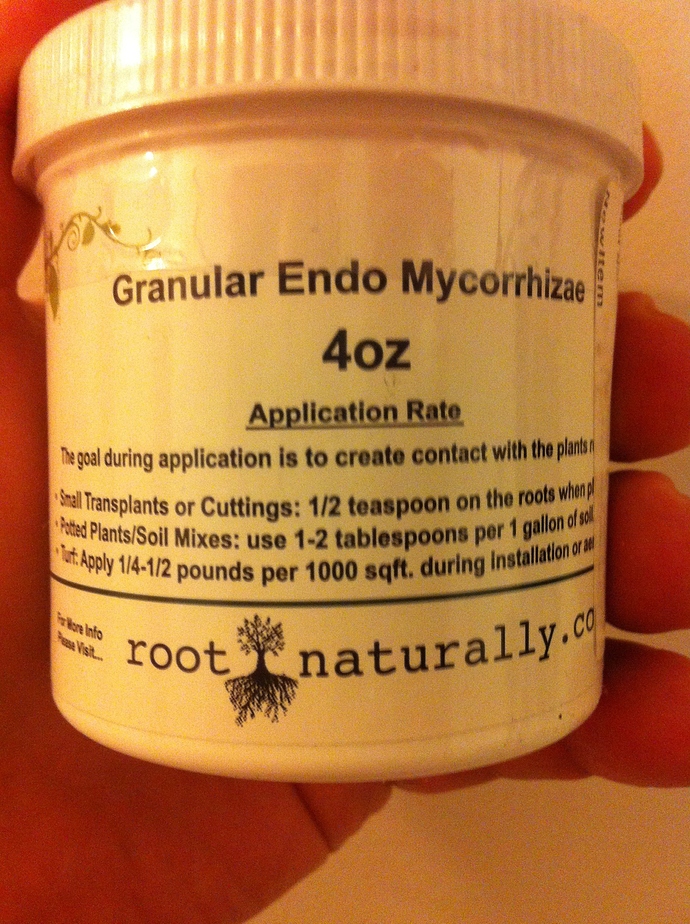 So the fungus only has a relationship with tree roots, and not grasses and other plants?

In my situation my farm was frequently tilled and certain agricultural practices were done that reduce fungi populations prior to me obtaining the property . See this link for additional information http://www.nrcs.usda.gov/wps/portal/nrcs/detailfull/soils/health/biology/?cid=nrcs142p2_053864

Hello c5tiger, looking at your photo, and following up on certain of Alan’s comments, I don’t think you have a mycorrhizal problem. You have many healthy deciduous trees nearby which would provide plenty of spores of ectomycorrhizae; and you have plenty of grasses and weeds in the area to supply endomycorhizae. It seems you have 3 dead spots which have persisted for years among relatively productive soils. Seeing as this is a farm operation, I would suspect spot dumping of excess herbicides. Most herbicides have relatively short life spans in soil – the microbes digest them – but a few are very persistent, even surviving composting. The four most prevalent persistent herbicides are clopyralid (Stinger), Aminopyralid (Chapparel), Aminocyclopyrachlor (Imprelis), and picloram (Tordon). If any of these have been used on your farm, excess may have been dumped in these spots. These herbicides are colorless and odorless. You know they are there because they stunt your plants.
You can contact your extension folks for information, but testing for residual pesticides is extremely expensive, even most compost companies don’t do it. You could plant test plants in these spots using hypersensitive plants such as tomato, potato, eggplant, beans, peppers, or sunflowers. If these grow fine, then your problem is elsewhere. If these don’t grow or are stunted, you likely have the chemical issue.
Constant green manuring with oats or regular tilling is one of the ways of reducing concentrations. By continually bringing soil to the surface, air can oxidize the herbicides.
All the above assumes as Barkslip says that you have healthy, well-rooted stock you are planting.