Aging of a peach tree

I know that generally peach is not long living tree. My is about 8 years old now, and if not counting this year “no crop” issue(due to the weather) it is doing OK and still put some significant grows this year. My question is, when peach tree getting old - how do you know it? Does it slowly decrease production, or suddenly dies? If it is production issue, can the branch be grafted on, or may be it is old root stock you can graft on, or the roots get weak and the tree just has to be replaced?

Peaches can last a long time but they are prone to canker and borers which kill many trees. My less well trees are either having canker or borer issues. You can tell they are unhappy by how many inches the new shoots at the very top are. 4" is ready to die, 8" is not good, and on a healthy tree those top shoots should be 2’ long or more.

Some of my near-dead borer-infested trees are coming back now that the borers are wiped out. My Red Baron limped along for five years but this last year finally started putting on good growth.

Generally the tree will just go into decline when it gets old. Most backyard growers just keep them until they die. You can give an old tree some extra N to help keep the vigor up. Most commercial growers weigh the opportunity cost of keeping the old trees against planting new ones, so they tend to remove trees earlier (generally around 12 years or so around here).

Peach trees can live much longer. I’ve seen one which lived to 25 years. I would not recommend grafting on an old peach rootstock, although I’ve seen apple shoots sprout from old dead apple trees and become productive, I don’t think I would try it with a peach. Peaches are easy to replant and come into production fairly quickly.

I see after I typed, Scott beat me to the response.

4" is ready to die, 8" is not good, and on a healthy tree those top shoots should be 2’ long or more

Looks like my still far away form stopping to grow, it added at least 1.5’ this year. Will have to prune a lot in spring

I’ve seen one which lived to 25 years.

That’s encouraging! I really like it in the place where it is now, planting a new one soon would be inconvenient. When it is producing - it is way too much for us - it is just 2 of us, so even if it gets to 1/8 to what it usually gives, it will be still enough to eat and may be do some light canning.

There are healthy peach trees planted over 100 years ago in areas of Riverside and San Bernardino CA counties.

Wow! So my peach has a chance to outlive me

would not recommend grafting on an old peach rootstock,

i agree. Hopefully cornell or some agrilab somewhere could do tests on drupes with short lifespans, growing them in enclosed/sterile conditions, or at least disease/pest- free conditions to determine whether or not peaches will still decline in vegetative/productive vigor, in the total absence of diseases or pests. Or better yet, doing it on air-layers of really old but disease- and pest-free trees, and see how they perform on their own roots.

just recently there was a thread here about folks propagating peaches as air-layers, which was discussed at length(regarding productive lifespan) but couldn’t be agreed upon.

Hopefully cornell or some agrilab somewhere

Visiting the native habitat of ancestral peaches in China is far more fruitful.

Visiting the native habitat of ancestral peaches in China is far more fruitful.

i disagree. The banana clones and citrus clones you are growing in your yard were imported as disease-free specimens from their respective native places where banana bunchy top virus and hlb are also respectively native to. Those diseases and vectors co-evolved, so if you should send clones of your nanas and citrus back to asia, they’ll be fair game in no time.

if it is true that peach trees could live 100 years in riverside, it is probably because they are growing in a relatively sterile environment where microbes and insects have yet to be imported into.
incidentally, quite curious–are those 100 yr peach trees still fruitful?

I had an unhappy peach tree, and grafted European plums on it. The seem reasonably happy aside from the thrips.

Yes, still productive. I believe they are all in USDA hardiness zone 9a.

By old, I think the meaning is low vigor and it can be a waste of time grafting on a tree with declining vigor just because the graft goes nowhere.

Yes, when a tree loses vigor it tends to do so top to bottom- shoots to roots. But it is sometimes possible to reinvigorate both by grafting on something more vigorous- so maybe your plum idea has that affect. I’ve seen it work on old apple trees pretty often.

I have a 25 year old Madison peach that is as vigorous as15 years ago that I could probably graft to but I’m inclined to stick to using younger trees for the purpose just for the added insurance the tree will continue to be useful for longer.

Variety seems to be very important on the life span of a peach. Some varieties keep putting out new wood from very old wood- most don’t. Those that don’t get the infertile doughnut affect where there are no shoots in the middle of the tree. This makes them increasingly inefficient space-wise.

Yes, still productive. I believe they are all in USDA

speaking of USDA, are those centenarian and fruitful peaches USDA-certified or are they anecdotal? Any pictures?
that they are 100 yrs of age and fruitful, for peach trees-- should deserve acknowledgment on a webpage somewhere.
deserves being posted on youtube, facebook or at a minimum, perhaps tweeted? Couldn’t find them anywhere, so hoping you’d have some reliable or even anecdotal data source

In addition to what Alan mentioned about low vigor, peaches seem to have problems healing really large wounds at the base of the tree. I’ve tried to graft even 3" stumps and the stump rots at or below ground level before the graft can heal it all the way around. What ends up happening is the new tree has a hollow place at ground level which makes a weak tree susc. to blow over here. I would imagine the same thing would happen from a volunteer shoot which arises at or below ground level from an old peach tree.

I’ve also noticed peach trees typically won’t throw shoots at the base like apples do, unless they are on a plum type rootstock.

Sounds like your plum on peach is doing well though. That’s great!

I had tremendous growth on my trees in the summer of 2015 and then last season had a major outbreak of peach leaf curl that affected the growth of every tree in my orchard (ranging from 2nd to 5th growing seasons). As far as my issues go way up here in Zone 5A Maine…borers are not an issue, but canker certainly is! Some of my trees have minor to moderate canker issues on their trunk. Some have healed over and all of the ones that I have kept still put on good growth and are productive. I got rid of quite a few trees that had bad canker issues and were dead or dying last spring. As others have referenced…it’s not worth keep a peach tree in decline. They produce very quickly if conditions are right and you will have a very nice productive tree by year 3 or 4.

You didn’t grow up there either. They are on properties of family and friends whose ancestors settled there in the latter half of the 1800’s.

What do you mean by “USDA-certified”? 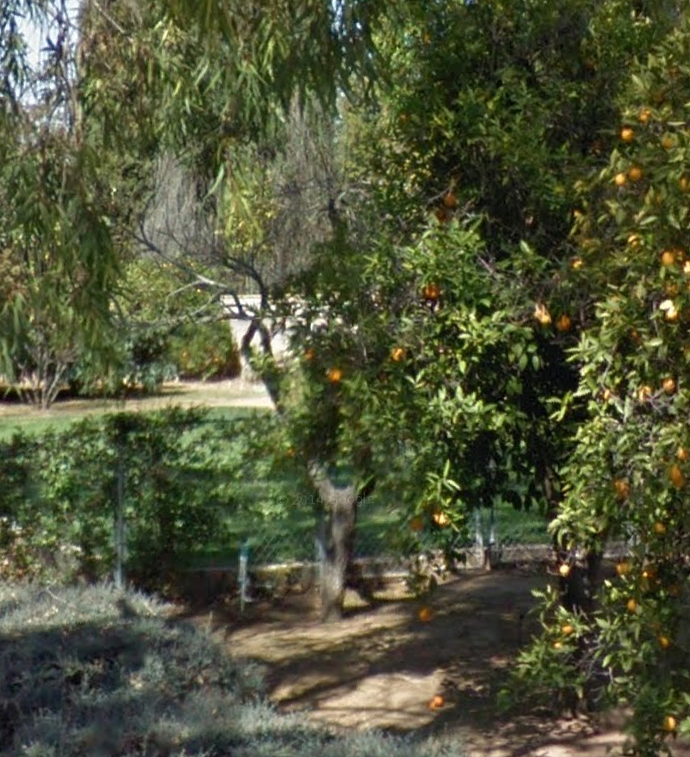 I understand now. Thanks for you and Alan. My tree was probably less than 10 years old and hadn’t lost its vigor. It was having problems with repeated defoliation due to curl, and probably some canker too.

The plums don’t have those issues. My solution is to a different problem

do you mean by “USDA-certified”?

ascertained-- or at least recognized or acknowledged , If not, those trees deserve their attention of usda or some academe and further studied, estimating their age and identified as to what variety.
peaches aren’t even featured in europe’s roster of old(monumental) trees. The closest relatives(to persica) they have are plums, and almonds, and mere spring chickens in their 30’s or 60’s. So if your relatives are reliable with their peach trees’ ages, then they are definitely on to something.

and here’s a ‘really old’ peach tree at an estimated 40 yrs of age. With gnarled and bulbous trunks. Your 100- yr old specimen has a smooth and young-looking trunk, which makes it incredible. 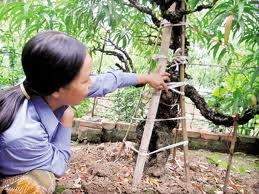