They’re not really cold hardy. Just get a regular satsuma. A few of us posted their experiences earlier in the thread.

I’m looking for Kabosu and Ichang lemon seeds, preferably from North America or European sources as I understand tristeza is endemic in Asian sources. Any leads?

Kabosu will be difficult or impossible to find as the CCCP
doesn’t list it as available. UC Riverside used to have it.

Ichang lemon should be available as it is much more common. IMHO
not a very good tasting fruit.

I don’t have either but have yuzu and sudachi.

OK, thanks very much for the intel!

Today I found one flower opened on my Owari. That is a good sign. Seems it has started to grow.
should I keep it or remove it? The plant is still young and it was just planted 2 months ago. 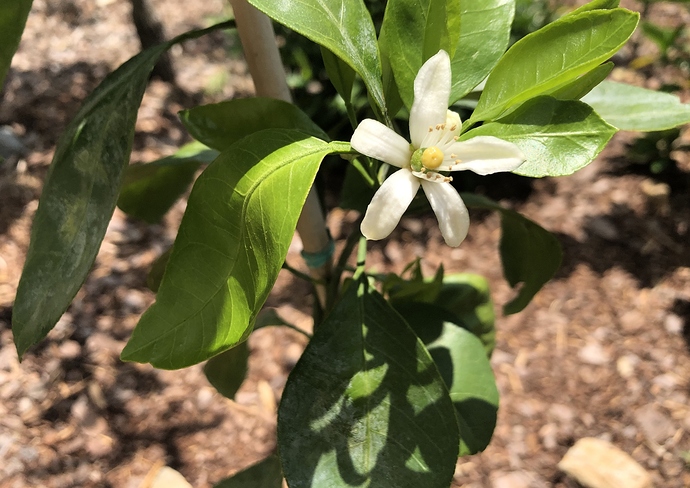 I like them. The company that originally released them had them on their own root rather than on a trifoliate root stock. On its own root its cold resistance does not seem to be better than other satsumas, but my hunch is that the original research that made the breeder think theses Texas Frost varieties were more cold resistant were don on trees grafted onto trifoliate. The Arctic and Orange Frosts that I’m seeing in garden centers this year are all on trifoliate. Those may be more cold hardy. People will have to experiment with them for us to know for sure.

The fruit quality is pretty good when they are very ripe. There is a bit of an off putting smell to the peals especially when they are not quite ripe. They are ripe enough for me much later than the write-ups by the marketers imply. They are really ready here in Statesboro Georgia at around thanksgiving time. They grew faster and have so far been more productive than the Brown Select and Owari satsumas planted at the same time, so I’m pleased with them. In my view the best citrus to come out of that Texas Frost series is the Lemon Frost, and it’s by far the hardest one to find. That is a delicious sweet lemon / satsuma with a lemony flavor and the sweetness similar to a grapefruit. They look and peal like satsumas. The peals have a very strong lime smell and make great zest and potpourri.

Here is my 5 year old Makrut. I grow it as a bonsai for leaves in curry and grilled meats. It produces a couple dozen fruit a year that are good for zesting. I know it would never survive in the ground here but it’s very easy for potted culture. 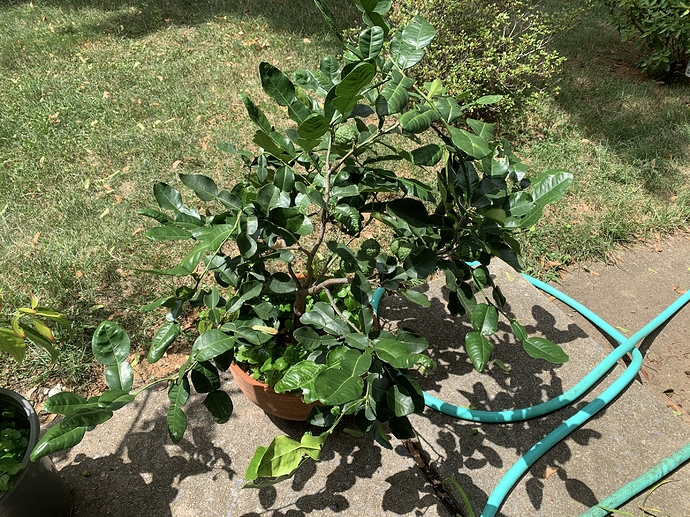 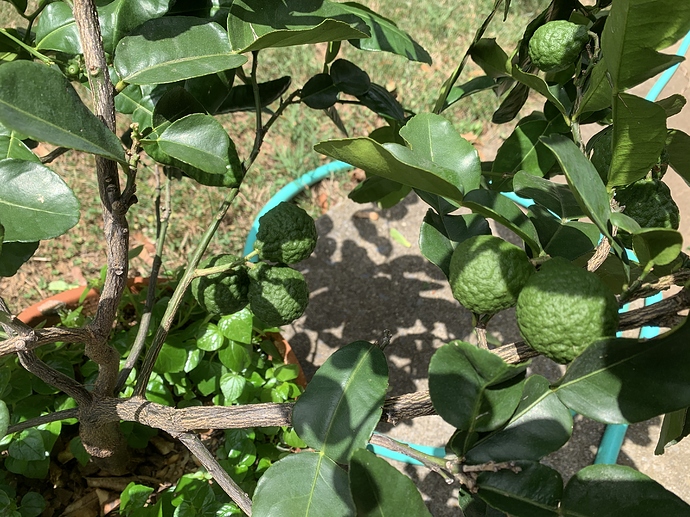 What do you feed it with? How do you get rid of scales in door?
I had it bad last winter. Don’t want to spray serious chemical as we use the leaves.
One plant died and another survives but not thrive.

I feed it with an acid loving plants liquid feed and give it micronutrients every few months. I also occasionally dump spent green tea leaves in the pot to add organic matter. It grows in an akadama medium.

I spray with sulfur and permethrin pesticide if I notice scale. They love to infest my citrus and Murraya koenigii curry tree. Normally 1 spray in the spring is enough to rid all the scale for the whole year.

I wanted to make more trees but the fruit never have any seeds. The tree is grafted.

Do you move it indoor in the winter? I gave to and that is usually when issue happens.

Yes, I overwinter my tree indoors. This is when scale is most problematic so I spray my tree down in the spring when I bring it back outdoors.

Any thoughts on saving Trifoliate orange seed? I see others say to plant seeds right away. Can I save seeds in the fridge instead? Will they not germinate if dried?

Don’t let them dry .
Could store moist in refrigerator.
Could just throw Fruit on ground / pot of soil
They are tough.
No problem in N.C. outside over winter.
Where my fruit falls on the ground ,each will sprout like 30 seedlings from each fruit in the spring. These need to be mowed before they get very old and “ thorny”
For seedlings I often just place whole fruit on top of soil in a pot .
Leave out side above ground. Will sprout in the spring here in WV.
Keep track of them , they are VERY thorny, can be a problem.
Make good rootstock for other citrus

Where can I find seeds of the
Mandarinquat? I have one plant.

Buy some of the fruit, I think that is the only way, most seeds from the fruit are supposed to create clones of the parent trees.

I’ve only seen the fruits for sale once, in Olympia Washington at a Co-op.

Are you looking for any ‘mandarinquat’ type of hybrid or a variety in particular? I’m aware of ‘Indio’ going by the name mandarinquat, but ‘Nippon’ (orangequat) is very similar as well so don’t count that one out either if you can find it. I think One Green World and Four Winds sell them. Regarding citrus seed, once they dry out very much, they’re toast - you’d probably be better off attempting to find a tree or fresh fruits from a grower as these are kind of seedy fruits and (I think) have high incidence of polyembryony/being nucellar. I prefer the taste of the Nippon to the Indio so far but my trees are still kind of young

Hopefully
They will show up in the produce stand again.
I want to grow seeds from the fruit.

Citrus seeds can be kept in the refrigerator for at least a year successfully. Dry overnight and dust with fungicide, store in refrigerator in a zip lock bag. Mandarinquats are very sour. I’ve grown indio and sunquat. Seedling citrus grown in a pot won’t bear fruit mostly. They need to be grown in the ground to get big enough to fruit.https://mrtexascitrus.weebly.com/citrusseedlings.html