Not much difference in quality between varieties, mostly whether fruit is early, mid, or late in season that lasts from Nov 1 - Dec 25 to space out the harvest rather than having it all at once. New varieties of satsuma all seem to be early. I’ve grown a dozen different satsumas and decided just pick one or two. A bigger concern is the age of the tree. Best tasting satsumas I ever ate were from a 25 year old tree grown in sandy soil, the worst from a 3 year old tree(inedible and dry with no juice). Several of my 7 year old trees are still producing dry puffy inedible fruit. I have around 8 or 9 in the ground. In my experience 8+ years to edible satsuma fruit depending on the root stock. I’m currently growing xie shan and will plant a frost owari shortly. Lost my 7 year old China S9 to bad drainage this winter. The only one I grew that was too early was armstrong early. One spring we had a late frost and it froze the blooms. A month later and it re-bloomed.

BTW grew up in Seattle and went to UW so I know what “8B” PNW weather is like. Have lived in Texas since 1978. 8B in the PNW is hardly “sub-tropical.” Coastal PNW is a temperate rain forest. 8B in PNW has 9 months of non citrus cloudy, rainy weather and few hot days in the summer.

I am on the border of 8b/9a here near Houston. We get 9 months of air conditioning required weather and 90F+ for May 1 - Oct 1 and only a few weeks of cool weather. This year didn’t have a solid freeze so many banana tree around getting stalks of fruit. Since 1989 have had a few hours of 19F or so on a very few days. Hours below freezing is typically 4-6 hours or so. Christmas 1989 we had 10F and all unprotected citrus cold hardy or otherwise were killed including the root stock. Stayed freezing for 96 hours. I got discouraged enough not to plant another citrus tree until 2000! BTW we are hitting 80F+ during the day now and 60F+ at night 3/11/2020.

It’s very hard to tell, so much misinformation out there, like Yuzu is supposedly ‘Youzi’ yet that seems to be not true. ‘Youzi’ sounds very edible and very grapefruit like.

There is false identification going on, people find something they assume is the same thing and it’s not, for example ‘Bizzarria’ was believed to have went extinct, then people found plants they assumed were ‘Bizzarria’ and easily could have just been other natural hybrids very similar in ways to the original ‘Bizzarria’, if there was ever just really one.

Here are two types of ‘Bizzarria’

Fully mature of course there is no juice. The peal is used like citrons and other flavor zest. You can also use the leaves. You strip off several leaves and throw them in the deep frying oil before you fry food and it imparts the food with flavor and fragrance.

Youzi and Yukou are absolutly a diffrent cultivars.

I did some research and found out what happened to Youzi vs Yuzu.

Short version is:
Even though Youzi and Yuzu are translation of the same word 柚子, but they mean different fruits in different countries. It is very confusing.
Youzi in China means pomelo.
Yuzu in Japan/Korean means the specific citrus we see here in US.

This is from Wikipedia:
Yuzu ( Citrus junos , from Japanese ユズ or 柚子) is a citrus fruit and plant in the family Rutaceae. It is believed to have originated in central China as a hybrid of mandarin orange and the ichang papeda.

The yuzu is called yuja (from Korean 유자) in Korean cuisine. Both Japanese yuzu and Korean yuja are borrowings of the Chinese yòuzi (柚子), though this Chinese word now refers to the pomelo.

I finally made the move and bought 2 Satsumas from Stan (McKenzie Farms), Owari and Miyagawa.

I will put them in the ground tomorrow. The low temperature during the night is around 40F. I think they should be able to handle that. In the coming winter, I will dig them up, put them in pots and overwinter them in a north facing room with temperature around 60F. Hope they will survive the first year at least. Eventually I want to put it in ground after it has gained enough size.

Wish me good luck in 7A. 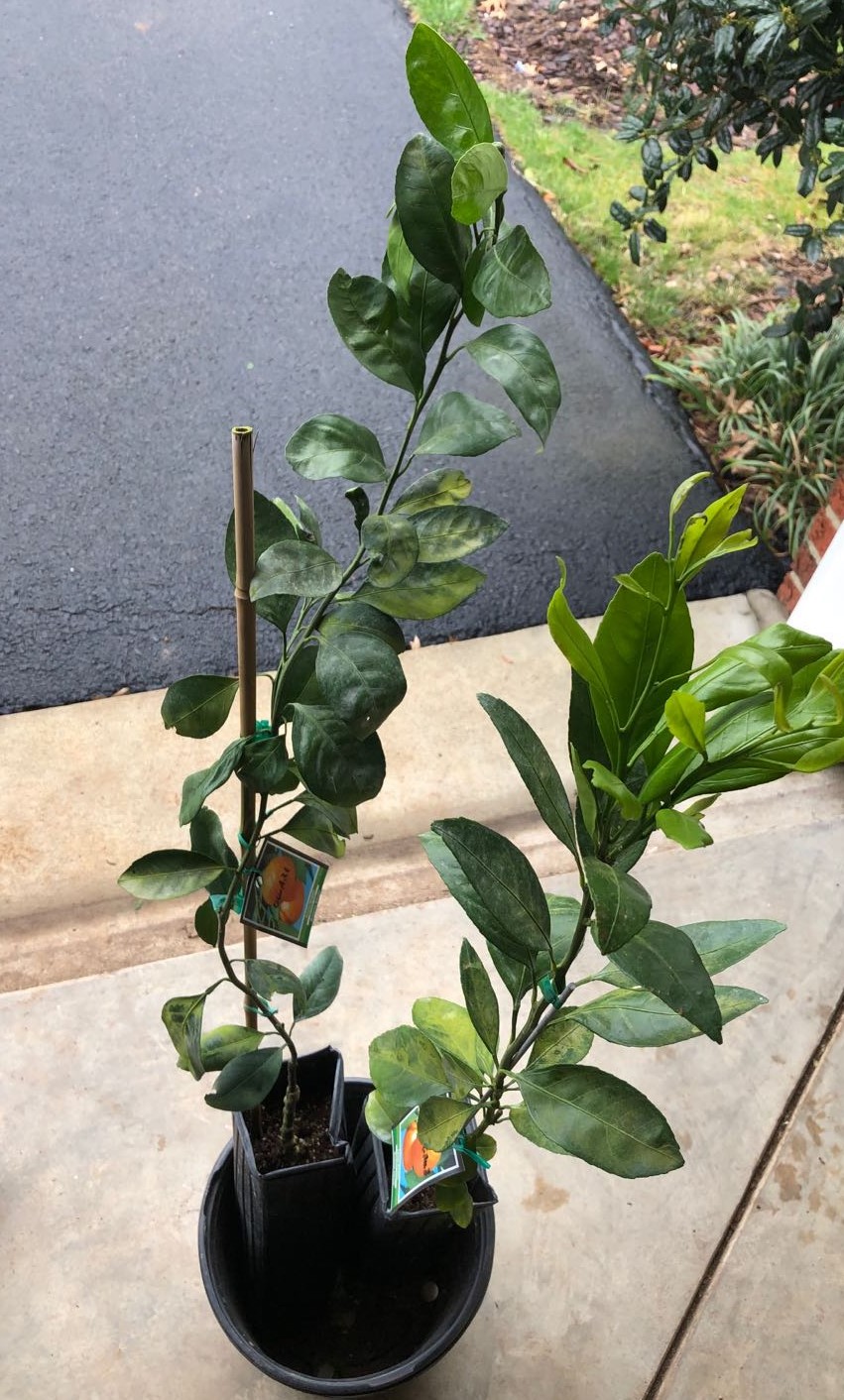 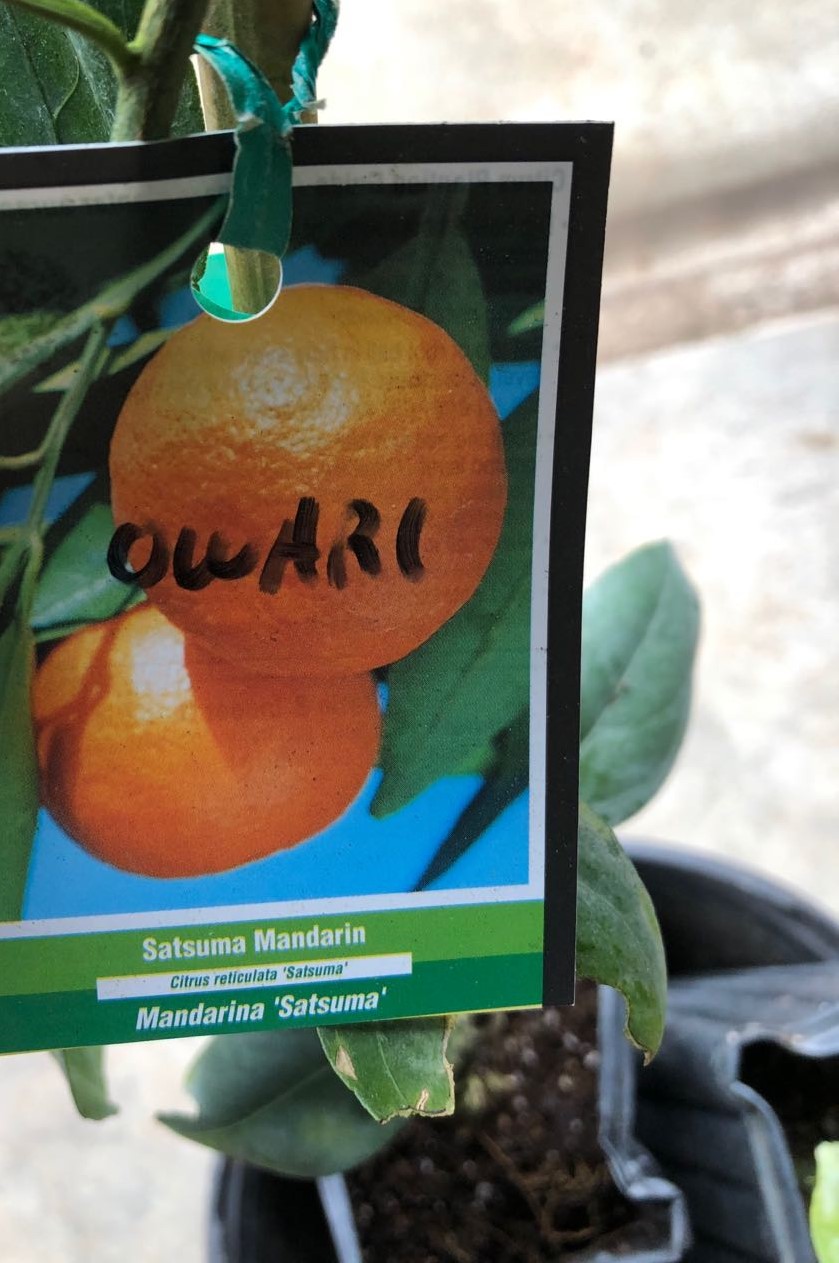 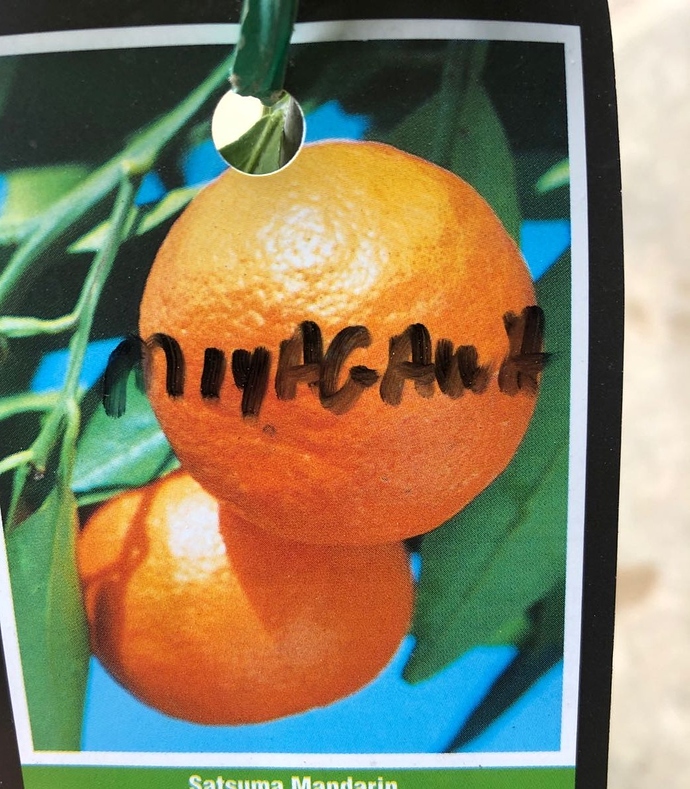