Toka Plum. Summer of '15, a little goo came out (1st photo). Sometime this last Summer/Fall the tree developed these cracks on the sunny side…biggest one lower, smaller one a little higher, even smaller ones higher up and front and back. (Original goo was on the back/shady side, up higher on the tree than any serious cracks.) The biggest damage looks very serious to me. Do I need to cut this out? Should I try to graft Toka scions to my FS pluot to save the genome? Would they work on my month-old Satsuma? This doesn’t look good.
(Edit: the goo was in '15; all else in '16.)

The lowest and worst one.
I didn’t put anything in the photo to help determine scale. The lower/worst section might be 1.4 inch caliper. Thanks for any feedback.

“If the oozing sap emits a sour odor, the plum tree may be infected with a bacterial canker.” Readers Digest - The Garden Problem Solver.

Should also be said that mechanical injury from humans or insects will have fragments of bark in the gummosis/sap. Insects of course will have grains of sawdust within the gummosis. It’s too early in the year for borers so it’s sort of looking like unless a person injured the tree somehow, that you’re dealing with canker. Best guess I have for you.

Thanks…I just edited the text to read that the goo was only there in '15. There’s no sap now, that I can see. Maybe the sap will be there when the tree wakes up this year? I’m wondering if I should do major surgery? If the damage is ‘natural’ I guess I should do nothing 'cuz I would just be causing more damage and opening a wound, eh? I have so much to learn. The photos online rarely look exactly like mine situation. Thanks again.

Doesn’t look very hot does it? I’d say it’s never going to see bright days ahead. I would personally cut it down and burn it immediately. That thing is not only suffering from canker I’m sure but it’s entire immune system has declined to a place where insects will be extremely attracted to it and not be fought off; Sunscald has probably split the bark up and down & borers are likely a permanent resident. I think I see borer holes. What you have is certainly a canker scenario and anything else I can’t see from the photos is just symptoms that I can assume. The decline of a tree, story…

It looks like that canker has healed over to me. If the tree is healthy on top I would just let it be. If the top isn’t healthy then its time to think about cutting it down. Peaches and plums are not hard to get through cankers, its cherries I have problems with.

Scott would know better than me. I do think I see borer holes, however.

Is sunscald a common problem in your area?

As for canker, one of my Satsuma plums had canker on its trunk about a ft off the ground. Not the location I could do much about it. I just monitored it. The area was later dry. That area of the trunk is now partially sunken. That’s almost 3 years ago. The tree still is growing well. Just in case, I planted another Satsuma.

the tree developed these cracks

The bark on the trunk of my Japanese plums split all the time. They fill in with new bark. I assumed it was part of the natural growth process for fast growing trees.

About 5 winters ago, the branch on one of the plum trees split deep into the wood from some type of rapid thermodynamic expansion. The crack healed up quick from the rapid growth of the tree.

Yes, rapid change in temps can do that. My Elephant Heart plum did that splitting thing once, this was ten years ago and the tree still looks a bit funny on the trunk in that spot but otherwise its very healthy.

Amazing variations on the theme. One issue: sun-scald…it seems unlikely that it would be a problem here but I painted the South-facing sides of my new little trees last year anyway. Re: borers and other pests, I suppose I should paint the whole trunk anyway…I didn’t know that last year. Re: surgery, I read an educational article on the subject of canker stuff today and it recommended waiting until the tree was in a strong growth mode (early Summer maybe) before creating an open wound. I’m going to post the link below. My opinion of it means little but it just seemed to be very thoughtful…not short either.
The tree was very healthy this last year, so I’m going to let it be for now and watch it for fruiting bodies, gummosis, and any other signs of serious problems. I do want to try to intergraft all my cultivars to each other, if possible, in case I do lose a tree or two (noooo…). All of the responses have added to my understanding of the situation but also to my growing awareness of the sometimes ‘brutal’ nature of even ‘backyard’ orcharding.
http://extension.colostate.edu/topic-areas/agriculture/cytospora-canker-in-tree-fruit-crops-2-953/

Cambium injury on J.plums, especially the purer forms, like Satsuma, are extremely common in my nursery- last years weather swings actually killed several trees, including a mature Satsuma. Santa Rosa plums on my property always get such injuries over time as well. Apricots get them whereever I grow them. Some trees die, most recover, although a few that recover remain stunted- it just depends on the extent of girdling. I expect the canker in the original photos are entirely the result of weather and are not pathogenic at all.

The bark on the trunk of my Japanese plums split all the time. They fill in with new bark. I assumed it was part of the natural growth process for fast growing trees.

I finally got some pictures. 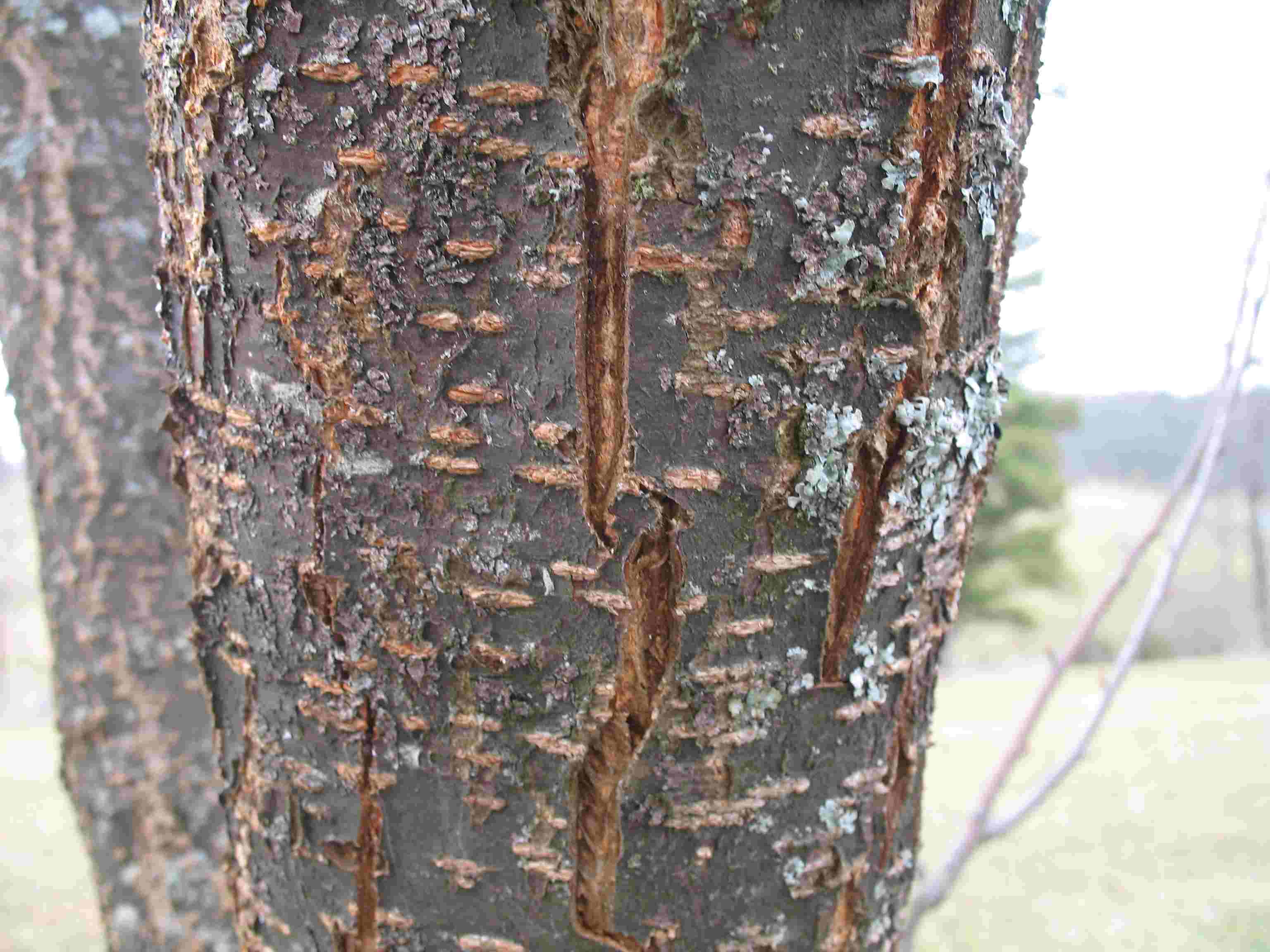 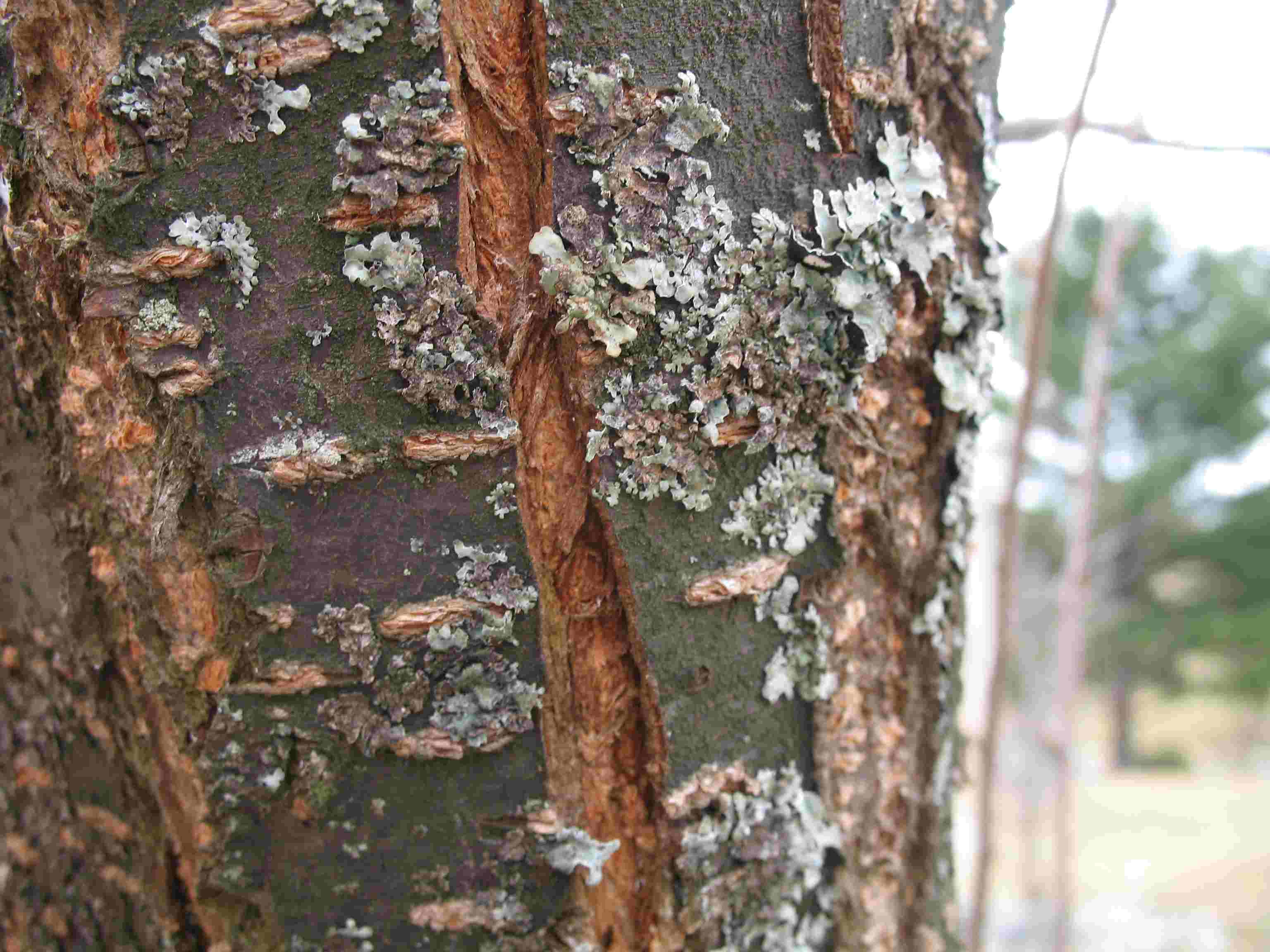 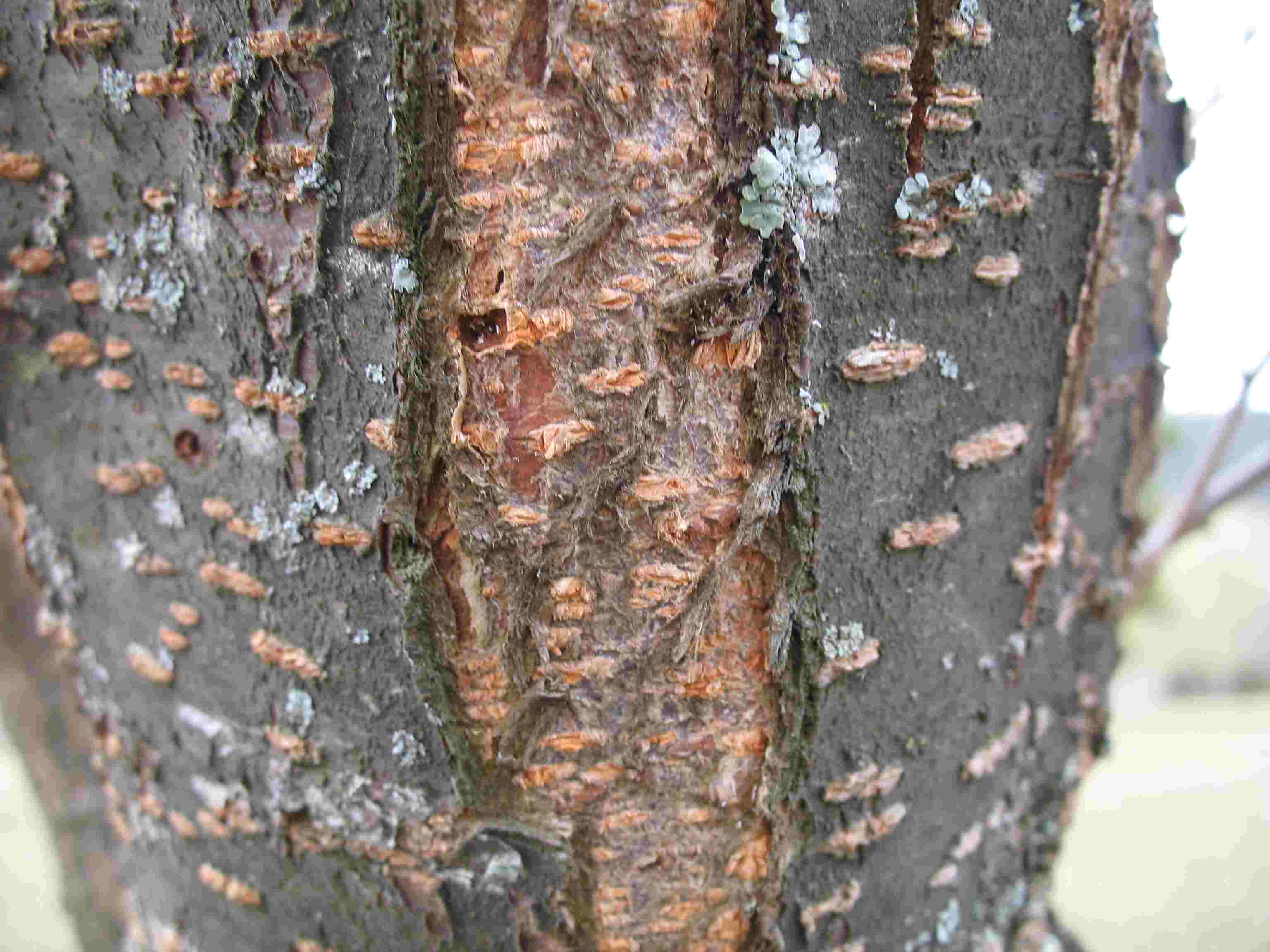 So far, the tree looks very healthy, and is thick with new flower buds about to open. I’m wondering if over-watering could create a tendency to break the bark? I probably did that with all my little trees last year…second Summer for them with me; they probably didn’t need a 1/2 gal. every other day or so, even in the hottest times.

Your trees are just growing rapidly and the bark has to split somewhere. That kind of splitting isn’t cause for concern.

[quote=“Seedy, post:13, topic:9939”]
I’m wondering if over-watering could create a tendency to break the bark?
[/quote]My Japanese plums do have major growth explosions on years with very wet springs. The growth is noticeably less after drier springs. There is a Euro plum next to it that has no bark splits. Apparently, Euro plums are slow growers regardless of the amount of water.

J. plums tend to be faster growers but there is a wide range of vigor within species as well. Shiro is notably more vigorous than Ruby Queen here and Valor much more vigorous than Castleton or Italian. This is important when choosing a mother tree for grafting purposes as more vigorous varieties grafted to less vigorous can create real problems and be a nightmare to train, as I am learning from my own mistakes. It is a problem with all species. The mother tree should be the most vigorous cultivar in a multi-variety tree- I think I’ll submit that as my tip of the day.

So did I mix that thing up? Wasnt it stated, that because of overwhelming vigor J.Plums shouldnt be used as rootstock for E.Plum but vice versa should be ok? Or was your quote only related to combinations of J.Plums on J.Plum-rootstock?

Yes, that rule is counter-intuitive and I’v no idea where it came from or whether it is actually true, but it is an interspecies issue and irrelevant to my point even if it is. .

Thank you for that clarification. I just read your Tip of the day and totally agree.