Any advice for bark grafting?

I have access to several potted fruit trees that were severely rabbit girdled over the winter (plums and apples). The trees are about 1’ caliper, maybe a little more. We’re talking a solid foot of bark completely gone, the tops are already drying out. Fortunately, most of the varieties aren’t really worth growing (to me), but I’d like to try bark grafting them over to other varieties. I’ve done plenty of reading on the topic but have yet to actually do it.

Does anyone have any useful pointers before I attempt this? I’m thinking of doing 3 scions per plant, securing with backwards electrical tape and sealing with toilet bowl wax. I was going to put them in a hoophouse covered in white poly for shade and warmth til the grafts take.

Last year this happened too, I have a plum tree that I just left alone and it’s turning out well since it was essentially lopped off at knee level, perfect for backyard orchard culture.

My advice is go for it!! The worst thing that can happen is it fails. It just might succeed, I did this plum/pluot graft just over a year ago. Now it has over 4 feet of growth. 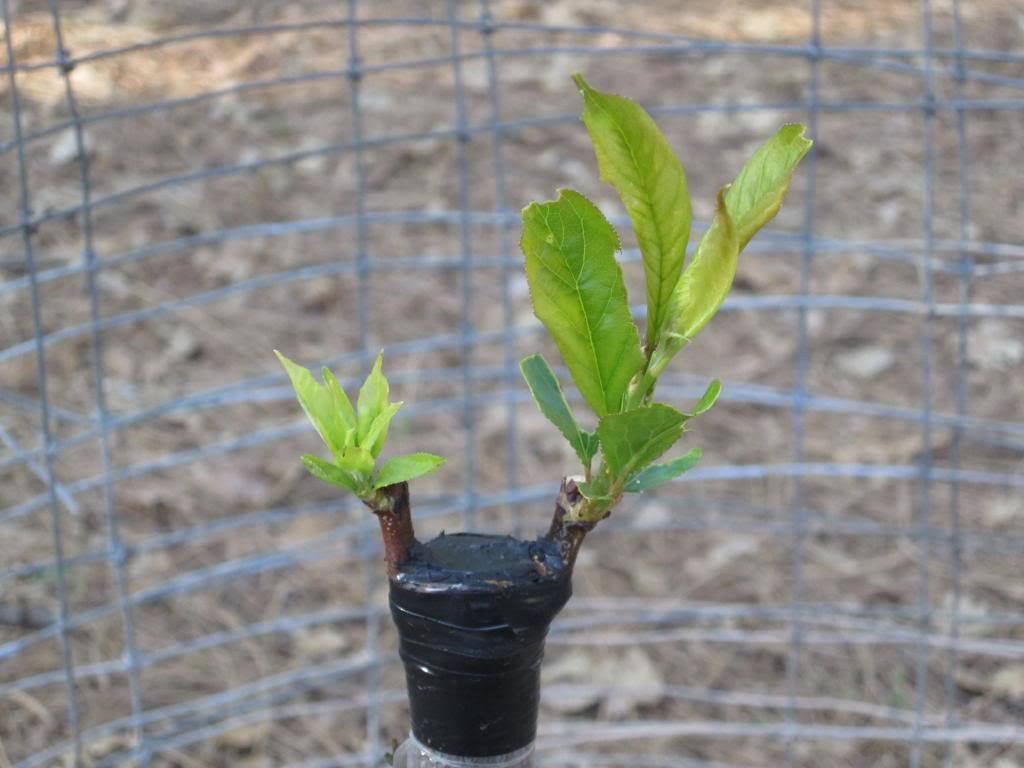 I have very little experience here but after my recent grafting experiments this is what I found. On my pear, I was bark grafting onto limbs that were 2 to 3 inches in diameter . The bark separated easily and was so thick and tough that it was easy to work with. I also tried to graft an apple seedling I have over to a named variety. It three branches that were an inch or less in diameter. The bark was very tender and I could not make a successful looking bark graft. I ended up using a cleft graft which I thought looked ok. I know that some of the experts here bark graft on small wood, maybe they have some insight.

The above graft, this is the same tree 1 year later…this picture was just taken moments ago…and YES we did get some rain here today 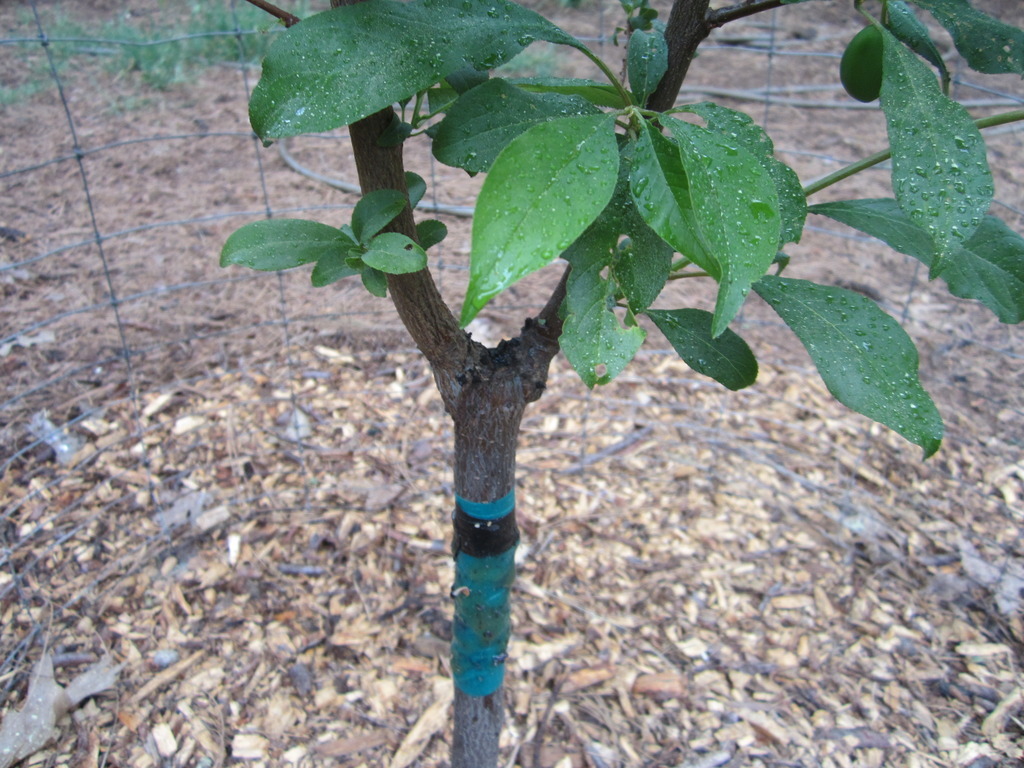 Nice looking graft Steve. It looks the same as the ones I do with parafilm and tanglefoot.

Sorry it took so long to reply. I’m not sure of the brand of electrical tape, but I think it was 3M

I just use regular green tie tape, then put tanglefoot over it, It is nasty stuff to apply but it sure works great. I use rubber gloves, get a handful of it and smear it on, I’ve found that to be easier that applying it with a stick,

Thanks for the input everyone, gave it a shot today. We’ll see what takes! 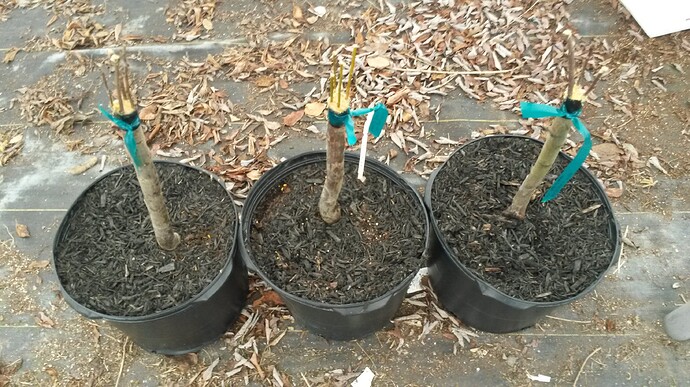 Good luck!! be sure to post pics in a month or 2

Maybe its an optical illusion, but the placement on the scions in the middle tree look strange. Are those bark grafts?

They are bark grafts. I smeared a lot of wax around around, might be what looks odd?

Looking good, Kelby!
I did that last year with apricots that got girdled, luckily I had some Tomcot scion to put on them.
Midsummer, I’d pick the strongest one or two scions and prune back the other 2 or three.

Thanks Jesse! There are 2 plums and an apple there. The apple I’ll thin to 1 scion if any they take, but I might leave multiples for the plums, we’ll see how it looks.

It looks like the middle tree,foremost graft is well into the wood of the tree and way far from any cambium. I mean it really, really looks that way. Like Murky said, it must be an illusion.

What are the current state of these grafts? Any activity on the scions yet?

I think every scion is budding out! Looks promising.