I’ll be getting my first donut peaches from my Sauzee Swirl this year and as I watch the little nuggets grow, I’m interested in learning more about how these peaches came to be - does anyone know of any books or literature on donuts peaches history and development? I know Chinese emperors spent centuries developing the peento peach which was brought to the US by Chinese immigrants and then Stark patented the frost hardy Saturn donut for decades. Curious if there are any fruit academics here who can point me in some rabbit holes to learn more about this peach’s background.

I tried them a few times.
Anatomy of the donut peach is cute
but doesn’t leave much to eat.

As far as I know, it was natural mutation at beginning. It may have been selected and developed later

I’ve come to enjoy them more so than other varieties. Less acid I beleive, changes the perception of the fruit to me.

Did you find this? It gives a little more history on how it came to the US: 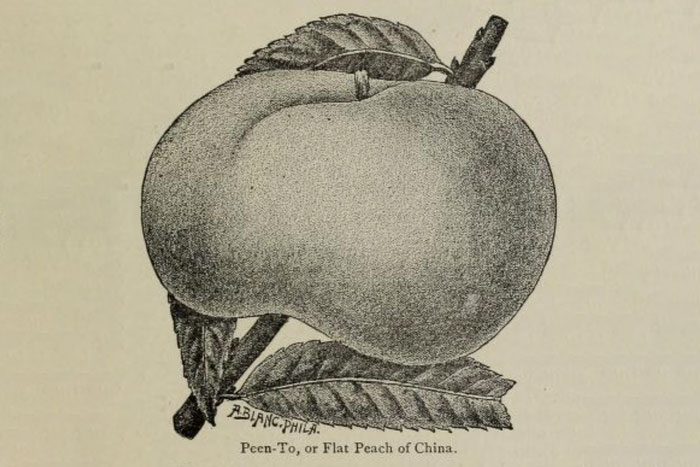 Some nurseries imported it. The USDA collection has a couple really old Peento peaches which I assume were some of these early imported ones, I grew them out at one point. They were very tasty, similar to Saturn but had a big end scar and were smaller. Peaches of New York has a bunch of the early US history, this article looks like it is mostly based on that source.

There is also a wikipedia page which documents more on the Chinese origin and mythology: 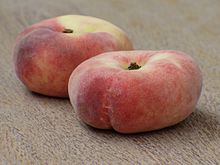 The flat peach (Prunus persica var. platycarpa), also known as the doughnut peach or Saturn peach, is a variety of peach with pale yellow fruit that is oblate in shape. Saturn peaches are flatter than fruit of more popular peach varieties. Their skin is yellow and red, and they are less fuzzy than many other peaches. The inside of the Saturn peach is pale yellow to white in appearance. They are harvested in late spring through the end of summer. Saturn peaches are usually sweeter than other pe...

A more complete history of the peach in China is in Chinese on the Baidu page, here is a translation:

There are many classic Chinese legends around flat peaches. I’m not sure what the oldest reference is, from this page it looks like the Song Dynasty.